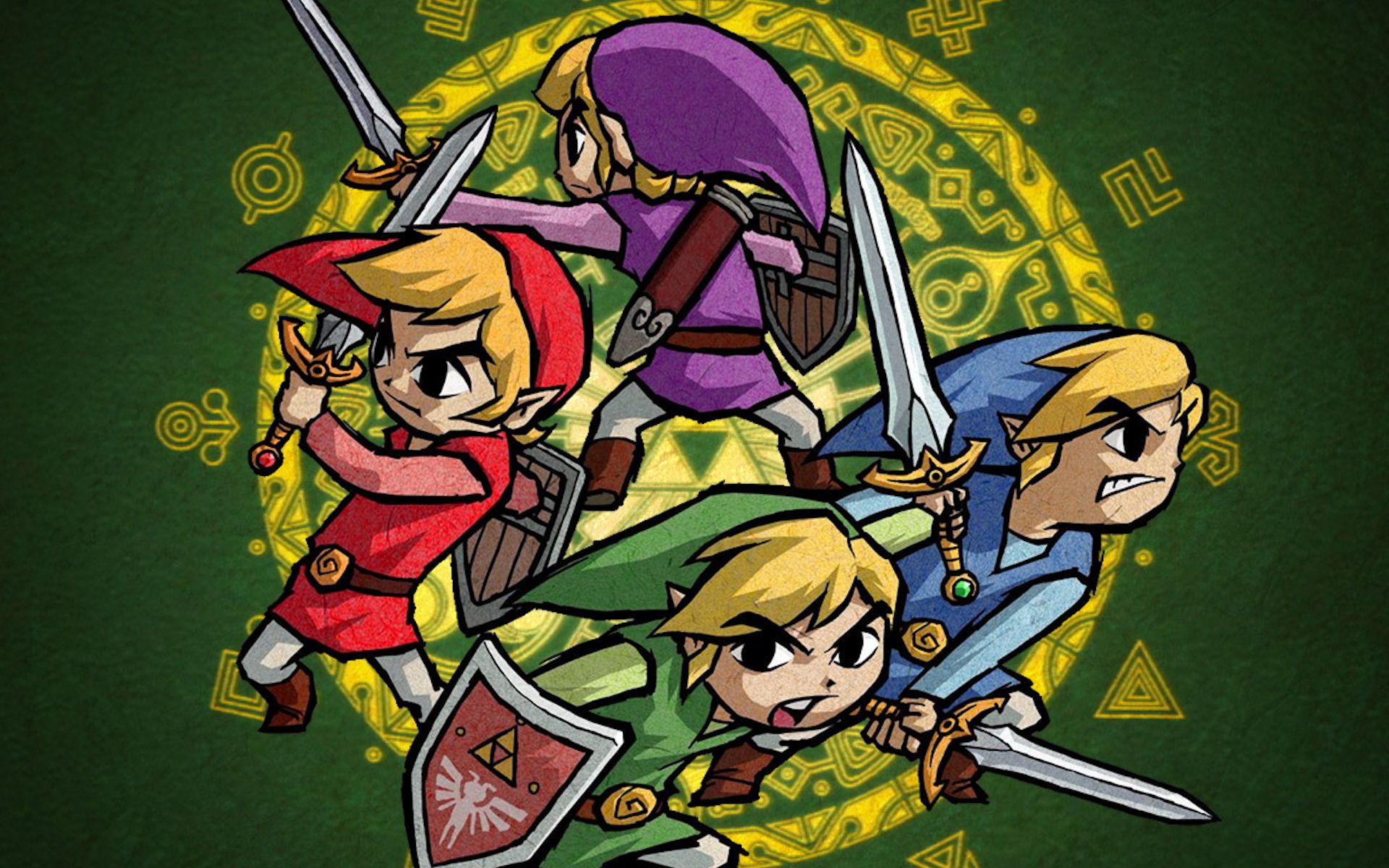 Given the relative obscurity of the Game Boy Advance’s Four Swords, it’s by no means unusual that Nintendo would want to tackle the concept of a multiplayer Legend of Zelda yet again, this time directed at a wider audience. The second game in the series developed specifically for the Nintendo GameCube, Four Swords marked the first console release for a 2D Zelda since A Link to the Past. As a result, not only was the title carrying the expectations of a readily accessible multiplayer Legend of Zelda, it was also carrying on the legacy of the franchise’s first three entries.

Perhaps this is why Four Swords Adventures feels far more “complete,” so to speak, than its predecessor. There are eight levels, divided into three stages each, making for twenty four unique stages as opposed to Four Swords’ five; the mechanics were tweaked to allow players to switch between Links when playing single player, allowing for more in-depth puzzles; and the main game was roughly five times as long as the original, clocking in at roughly the same amount of play time as a handheld Zelda. Nintendo went into FSA not only looking to make the Four Swords experience more accessible, but more refined as well. Unfortunately, for as well as Four Swords Adventures pulls off the latter, it is arguably far less accessible than the original Four Swords was in regards to multiplayer.

In order to play Four Swords on the Game Boy Advance, players needed: their own GBA, of course; their own cartridge of A Link to the Past; and link cables. All things considered, this is what’s to be expected from a multiplayer game on the GBA. Rather, its larger problems stemmed from the fact that it didn’t feature a single player mode, locking the game out from less fortunate players. Logic dictates, then, that Four Swords Adventures, a multiplayer game released exclusively for the Nintendo GameCube, a home console, would simply require additional controllers for multiplayer. What logic dictates isn’t always what Nintendo dictates, however.

Four Swords Adventures’ multiplayer requires everyone to own their own Game Boy Advance along with a Game Boy Advance to GameCube link cable. In The Legend of Zelda’s history, this might genuinely be the most consumer unfriendly practice Nintendo took with the franchise. Despite how much obvious care was put into the game’s single player campaign, Four Swords Adventures’ multiplayer was used as a means to push systems instead of seizing an opportunity to make the Four Swords experience accessible.

While it wouldn’t be unusual for most Nintendo fans to already own a Game Boy Advance alongside their GameCube, “most” does not mean all. More importantly, a video game shouldn’t gatekeep content tied to its selling point behind a peripheral that is not packaged with the game. Such a practice is already bad enough with regular accessories, but needing to procure an entire handheld system is little more than a pathetically manipulative attempt at trying to push extra sales of GBAs and link cables on top of a home console 2D Zelda game that was always going to sell relatively well.

It’s quite a sad situation given just how perfect the GameCube controller actually is for FSA. Every button has a purpose and playing with a traditional controller allows for the game to feel like the natural next step of 2D Zelda, at least on a mechanical level. Link moves with more fluidity than he ever has in a 2D space, but the GBA’s d-pad doesn’t simulate that feeling nearly as well as a controller’s analog stick. In an attempt to make the Game Boy Advance to actually feel “necessary,” entering houses or diving underwater in single player triggers a pop up screen stylized to look like a GBA, implying that the handheld plays a larger role than it actually does.

In multiplayer, such moments actually transfer over to the GBA, requiring players to stop looking at the TV and instead switch over to their controller. While a cute idea, it’s really only that: cute. There’s no benefit to switching screens for the player and it’s never used in an engaging manner during gameplay. Design wise, there is no justifiable reason for Four Swords Adventures to play up such a heavy GameCube to Game Boy Advance link. In general, it comes off uncharacteristically haphazard and thoughtless considering how much care Nintendo typically has put into The Legend of Zelda’s design philosophies.

With Four Swords, its inaccessibility wasn’t so much thoughtless as it was misguided. The same cannot be said for its rereleases, but the original release suffered not from thoughtless design or management, but from an insistence on adhering to a traditional multiplayer format typical for the GBA. That doesn’t excuse the game by any means, but it is important to make such a distinction as Four Swords Adventures comes off considerably less sincere in how it pushes multiplayer.