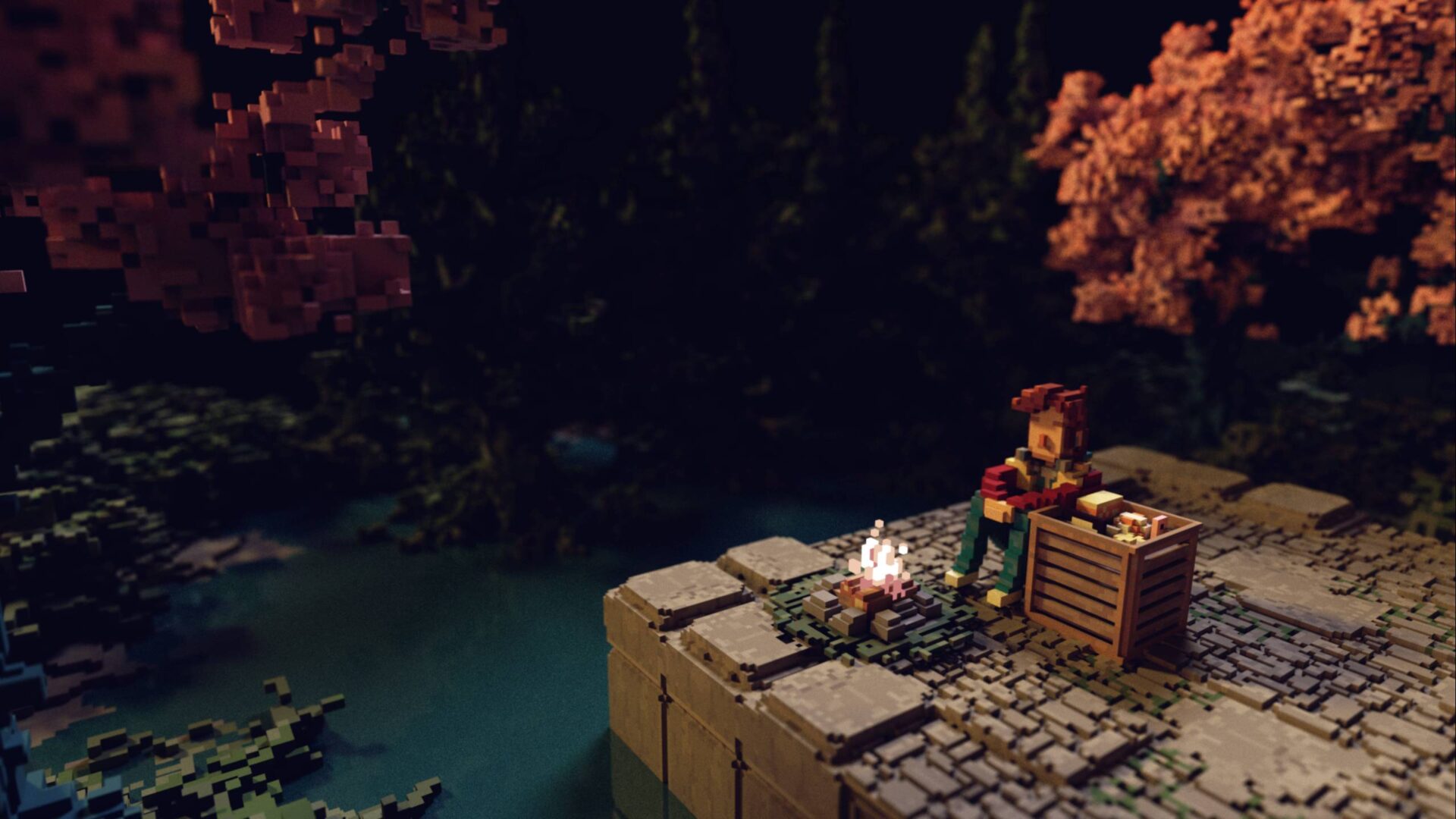 Indie Games Spotlight is Goomba Stomp’s biweekly column where we highlight some of the most exciting new and upcoming independent games. Fall is nearly upon us, and along with it, a whole new season of promising indies is on the near horizon. High-octane action, inclusive narratives, and beguiling puzzlers are just a few highlights from this week’s selection. Let’s get going!

Keep a tab on Advent Neon

Step aside, Sonic–Advent Neon aims to be the next big hyper-fast platformer. Advent Neon is an action title that’s all about speed, promising fluid gameplay, robust attack chaining, and dashing mechanics so swift they’ll “make you think other games are running in slow motion.” As bold a claim as that is, Advent Neon looks set to deliver.

Taking place in the futuristic city of Neopolis overrun by vicious robots, Advent Neon puts players on a mission to take down the forces controlling the city. The game boasts a laundry list of robust mechanics that are sure to delight anyone looking for a fast-paced and technically rewarding adventure, like 8-way dashing, cancelable attacks, and even the ability to freeze time itself. Need to see the speed firsthand? There’s a free PC demo available now, and if you’re eager to make this speedy adventure a reality, consider donating to the game’s ongoing Kickstarter campaign.

Feel the Burn in Bonfire Peaks

The humble puzzle game has to be among the most elegant genres around, offering a steady stream of bewitching brainteasers one after the other. Bonfire Peaks doubles down on this idea with a finetuned puzzling experience, where filler content has been stripped away to leave players with a streamlined set of enigmas. Demanding attention thanks to its striking voxel-based world and constant succession of new mechanics and ideas, Bonfire Peaks might just be the next big puzzler.

Bonfire Peaks is all about the idea of closure, sending players to an isolated landscape where they can be alone with their thoughts and reconcile with themselves. Proudly packing more than 200 unique puzzles, Bonfire Peaks provides plenty to hold audiences’ attention without wearing thin any single idea or mechanic. Get ready to climb to the peak on September 30, when Bonfire Peaks launches September 30 for Nintendo Switch, PlayStation 4/5, and PC.

Get in the Spirit of the Season with Midautumn

Midautumn sounds familiar on the surface. It follows a young adult who gets away to the countryside to relax, only to find themselves caught up in some supernatural conflict far bigger than themselves. This tale doesn’t just want to be another fantastical coming-of-age story, however: Midautumn presents real-world issues affecting the worldwide Asian diaspora culture, giving the game a vital perspective on current topics.

Midautumn is a stylish pixelated action game where players will divide their time between deepening their bonds with the friendly folks of Nambo Quay and fighting their way through an ever-changing Spirit World, an alternate dimension filled with hostile foes and obstacles. Between its cultural representation and full-fledged action, Midautumn looks like it will have plenty to offer ahead of its eventual PC release. If you want to help the game become a reality, consider donating to its Kickstarter!

Rise To the Challenge With Decline’s Drops

Cross the graphics and platforming of Yoshi’s Island with the combat of Super Smash Bros., and you’ll end up with something like Decline’s Drops. This solo-developed platformer follows a wooden puppet named Globule who takes matters into her own hands when the rise of a malicious corporation puts her garden in jeopardy. Sporting a pair of boxing gloves for weapons, Globule will use simple Smash Bros.-esque combos to face down any obstacle in her way.

Under its cartoony visuals, Decline’s Drops doesn’t shy away from tackling serious issues, either. Each of its six unique worlds is a parody of real-world problems like climate change and rampant consumerism, without devolving into any sort of moral lecture. On top of that, these levels boast their own distinct mechanics built around a constantly-expanding roster of new abilities. Mixing hand-drawn visuals with a combat-focused gameplay loop, Decline’s Drops promises to offer a distinct combo ahead of its eventual release on PC and Switch.

Be A Good Boy in The Last Friend

What would you do to save your furry best friend? If you answered that you’d embark on an epic quest to challenge any menacing forces threatening the world’s doggo population, then The Last Friend will be a perfect fit for you. Set in an apocalyptic world where dogs are vanishing without a trace, The Last Friend puts players in control of a dog whisperer who takes matters into his own hands to get to the bottom of this mystery and fight for canine liberty.

The Last Friend isn’t just about its cute premise, though. It promises a robust gameplay loop, mixing tower defense mechanics with beat’em up action as you team up with a vast roster of canine companions to take down every baddie you see. Each doggo has a unique ability to aid you in combat, like a healer Newfoundland or a “beast mode” Tibetan mastiff, so picking which doggos you bring to each level is sure to add an enticing level of strategy. These dogs get let out on September 30, when The Last Friend releases on PC and Nintendo Switch–and that’s not to mention that there’s a free PC demo available now!