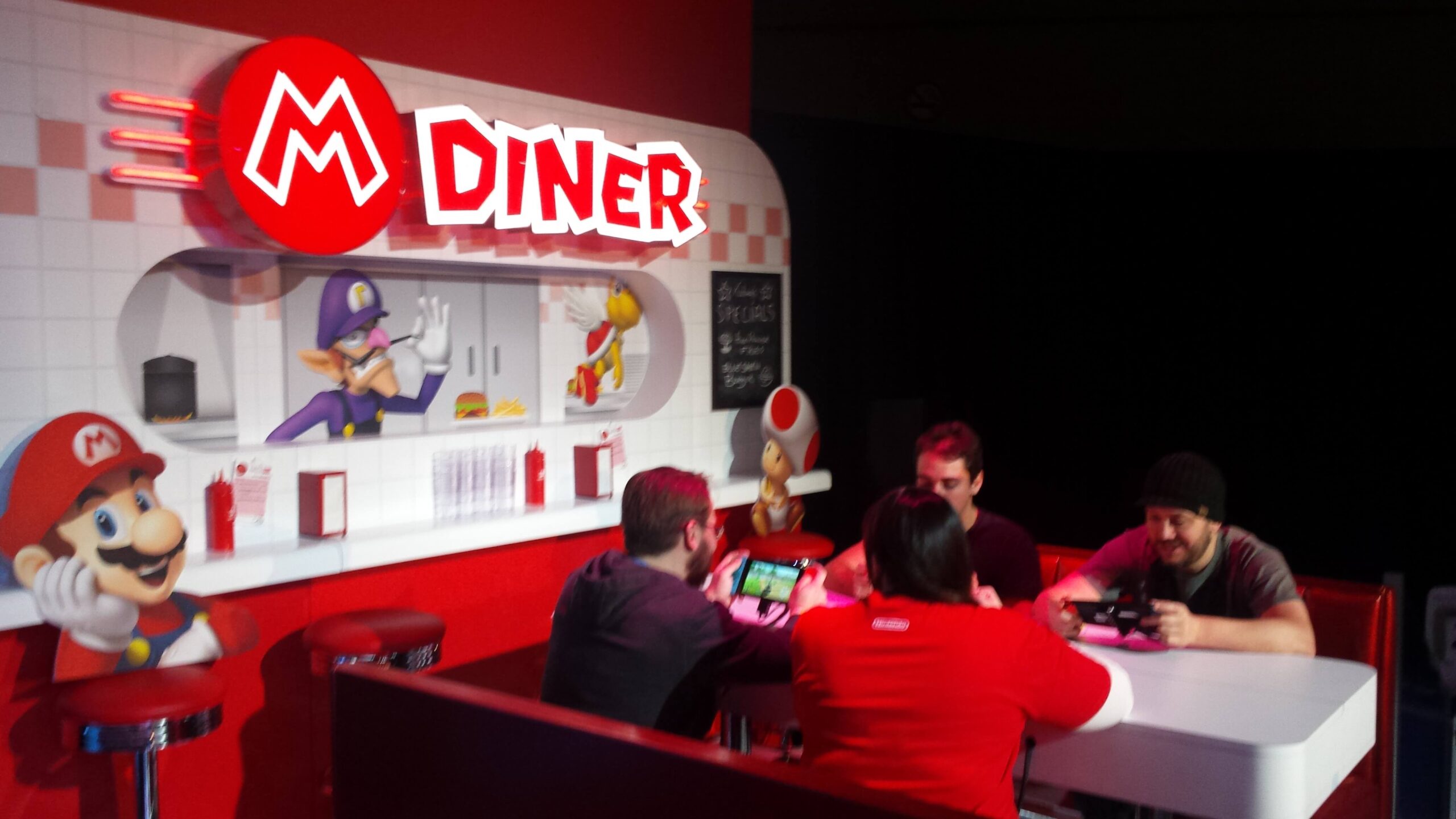 Nintendo is bringing the Switch on a tour across North America before its March 3rd release, and one of those stops was in Toronto this past weekend. Nintendo of Canada was kind enough to allow the media the opportunity to try out the new system and many of the games set for release. I’ve already written about how pleasantly surprised I was with the actual hardware, and now it is time to express my thoughts on what really matters the most – the games.

In terms of software, the Nintendo Switch doesn’t have many games set for release at launch, which left me and many other fans a little worried. After having the chance to try out those games, however, I can now say that I am a bit more optimistic. It’s safe to say that The Legend of Zelda: The Breath of the Wild is going to be the system seller, and after our short demo I must admit that the game looks incredible. It seems like a classic 3D Zelda adventure, only Breath of the Wild boasts a larger and much wider space than any Zelda game before it. We’ve already written about BOTW at length, so I’m going to skip over any further coverage in this post, but if you are curious about our thoughts, I encourage you to read Tim’s massive E3 breakdown.

What I do want to focus on here is the three games that stood out the most and left me wanting more.

Snipperclips: Cut it Out, Together!

One of the newest games coming to the Nintendo Switch is Snipperclips: Cut it Out, Together!, a cooperative puzzle game that makes use of a snipping mechanic to allow players to cooperate and solve shape-based puzzles. If you ask me what my favorite game from the Nintendo Switch preview event is (not including Zelda), Snipperclips might just be my number one pick. The demo was presented in the tabletop mode, allowing two players to work together while trying to solve each puzzle, using one Joy-Con apiece. The demo, which lasted around ten minutes, assigned various tasks that relied on both players to communicate and cooperate (or not) in order to solve each puzzle, with tasks that ranged from filling in a dotted line silhouette to finding ways to get a basketball through a hoop. Players are required to be creative as they cut shapes out of each other’s characters in order to interact with the environment, move objects, and solve puzzles. It seems easy at first, but it doesn’t take long before you realize it’s a lot harder than it looks. Thankfully, if you make a mistake, you can respawn with a press of a button and start all over again. Snipperclips is addictive, easy to play and perfect for those looking for multiplayer action, the sort of game you’d expect from Nintendo – a fun puzzle-platformer that gets a lot of mileage out of a simple concept. Its minimalistic style, adorable characters, short levels, and learning curve make this a must-have when the Switch is released. There were far higher profile games on display, but Snipperclips made the biggest impression, by far.

Has Been Heroes was the biggest surprise of the event. The semi-turn-based roguelike action/strategy game was overshadowed by just about everything on display, which is a shame since I feel it was the most interesting game I had a chance to try out. I actually spent well over thirty minutes playing it, and only stopped because I had reached the end of the demo. Had they extended the showcase, I would have kept playing. Has Been Heroes is hard, and I do mean hard. There are three lanes in every stage, and several characters you must simultaneously control while speeding through each level. You can swap between the various heroes, change their attacks, summon spells, change lanes, and even gang up on enemies along the way. You also have abilities that recharge over time, as well as hundreds of game-changing items that boost the heroes’ powers and make each run unique.

There are many characters to choose from, including an Anthropologist turned Mexican Wrestler, a gentle Robot with a fascinatingly chirpy personality, a diamond-seeking Dwarf, and the ever-vigilant and paranoid Sheikh, to name just a few. Each character has his or her own strengths and weakness and each can combine spells for devastating effects. The magic spells vary, increasing the strength of a particular character for a limited amount of time, and it’s up to you to manage these attacks efficiently. The game’s difficulty comes from managing your heroes and trying to keep them alive while enemies come from all directions. Oh, and did I mention that the game takes place in real-time? Well, it does, but for those of you not looking for a severe challenge, Has Been Heroes allows players to pause the action at any point, or even simply slow downtime, in order to help you strategize every attack. It will take you a few tries before you get a grasp of the mechanics, given that the game requires you to use just about every button on the Switch, but once you do, you’ll find yourself having a blast. It’s a beautifully-crafted, gorgeous indie that grabs your attention and challenges you every step of the way. If you don’t mind having to restart over every time you die, you’ll love how it keeps your palms sweating, heart pounding, head swimming, as you gasp, ‘That’s entertainment!’

The bomb-dropping hero returns to a Nintendo console in Super Bomberman R, currently set for a March release. The long-awaited return of a classic grid-based game allows for up to eight players to battle against one another, either online or in local multiplayer. In Super Bomberman R, players must trap their opponents in the grid and drop bombs to knock them off the map. Naturally, there is a countdown, and the last player left on the grid wins. On top of the traditional battle mode, Super Bomberman R introduces a co-op story mode that can be played between two players, and features 50 different stages. Nintendo has also announced that prominent voice actors will make an appearance in the game to create a more “inviting environment” for players. Graphically, Super Bomberman R is what it is, an arcade classic, so don’t expect high definition visuals or cinematic cut scenes. But if you’re a Bomberman fan, you already know exactly what to expect. This is a seriously good game for anyone yet to be acquainted with Hudson’s long-running series. Bomberman DS is one of the best multiplayer games on Nintendo’s previous portable system, and from what I’ve played of this latest entry, Super Bomberman R is promising to be even better. With so many different game modes, options, items, and arenas, there’s enough variety to keep the game from getting old, and this time around players can sit back, relax, and play the Switch in tabletop mode or on a big screen. Thanks to the game’s simplistic one-button controls, anyone, regardless if you’re an everyday gamer or first-time player, can have fun playing it. Super Bomberman R is an essential party-game for owners of the Switch.