Almost like a distant uncle disembarking upon a wedding and stampeding through the cake to the backdrop of angry guests; Bomberman returns. It’s been a while, almost ten years since he combusted on a Nintendo console, but his return hasn’t caused an ovation of wellwishers hoping his legacy doesn’t extinguish. However, the upcoming launch title for the Nintendo Switch, Super Bomberman R, looks to be a pretty decent addition to a hit and miss list of Nintendo Switch titles.

What Bomberman does well it will always do well. It’s mere formula that the series can’t escape from without causing an identity crisis is why it’s legacy has remained firmly positioned. It’s not a title that’s going to have new fans running to their nearest store to purchase a Nintendo Switch, that’s the task of Link and his latest errands around Hyrule. What Bomberman provides are explosive gameplay and crucially a brick-breaking storyline… 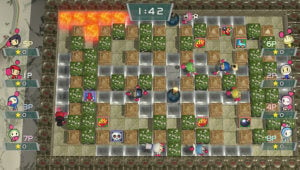 Well, Super Bomberman R is introducing a Story Mode. We’re told it will be an enriching story with all-star voice actors. It seems that distant uncle has more tales to tell than you cared to listen to, and now you’re sat next to him at the wedding and can’t escape twenty variations of the same story. It’s rather bewildering how the developers manage to write a storyline to Bomberman on Planet Bomber, in the Bomber Nebula. But honestly, that isn’t why Bomberman has remained a classic.

The multiplayer function has always been its best asset, and on the Nintendo Switch, this will harmonize better than the latest boy band fad. Story Mode is cooperative with up to two players, and Battle Mode (where all the fun happens) will be possible for up to eight players, in both local and online connections. Multiplayer has always been the best way to indulge in Bomberman, so that gives us all two months to make some friends and enjoy an atomic atmosphere not seen since you lost all your lemmings. The table-top mode for this game would be ideal, largely because the social aspect of this series has made it so much more worthwhile.

Super Bomberman R has updated graphics on its predecessors, with some genuinely cute animations. It was never going to stop traffic in Mumbai with its 3-D update, but its focus was always on gameplay, and Bomberman will always thrive on its fun aspect. The launch titles look rather weak for the Nintendo Switch so far, but Super Bomberman R is definitely a good choice to begin your new Nintendo journey with.

It also brings hope for further classics to return to the Nintendo. Worms is definitely a series Nintendo should look into as it would be perfect for the multiplayer aspect of the Nintendo Switch. It’s been a while since we’ve encountered worm genocide, and it certainly would sadistically bring glee to many gaming veterans. There’s also a strong case for Lemmings, with its puzzles likely to perform incredibly well on the Nintendo Switch. And as for utilizing the joy con, Mario Party anyone?

What’s most concerning is not that Bomberman is a good game, but it looks to be one of the strongest titles on the Nintendo Switch until Super Mario Odyssey arrives. Bomberman has been a great series, and you’ll get immense enjoyment out of this latest installment, but it certainly shouldn’t have been one of the highlights. Great software sells hardware, and this is going to be the biggest struggle for the Nintendo Switch. Relying on one game, The Legend of Zelda: Breath of the Wild, to sell a console is not a great marketing strategy. That said, Super Bomberman R will be a fun game and will certainly gain new fans to the series. 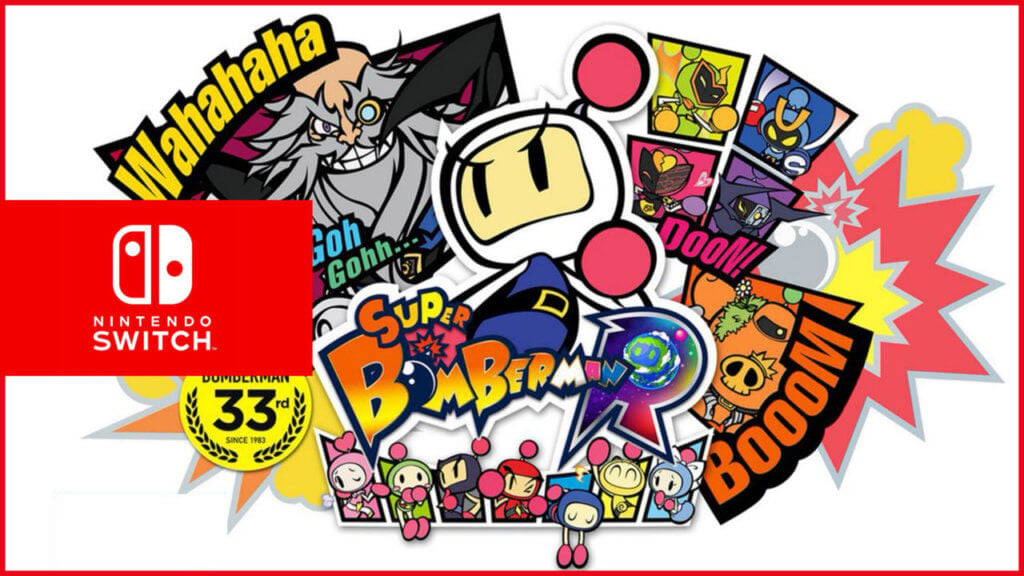