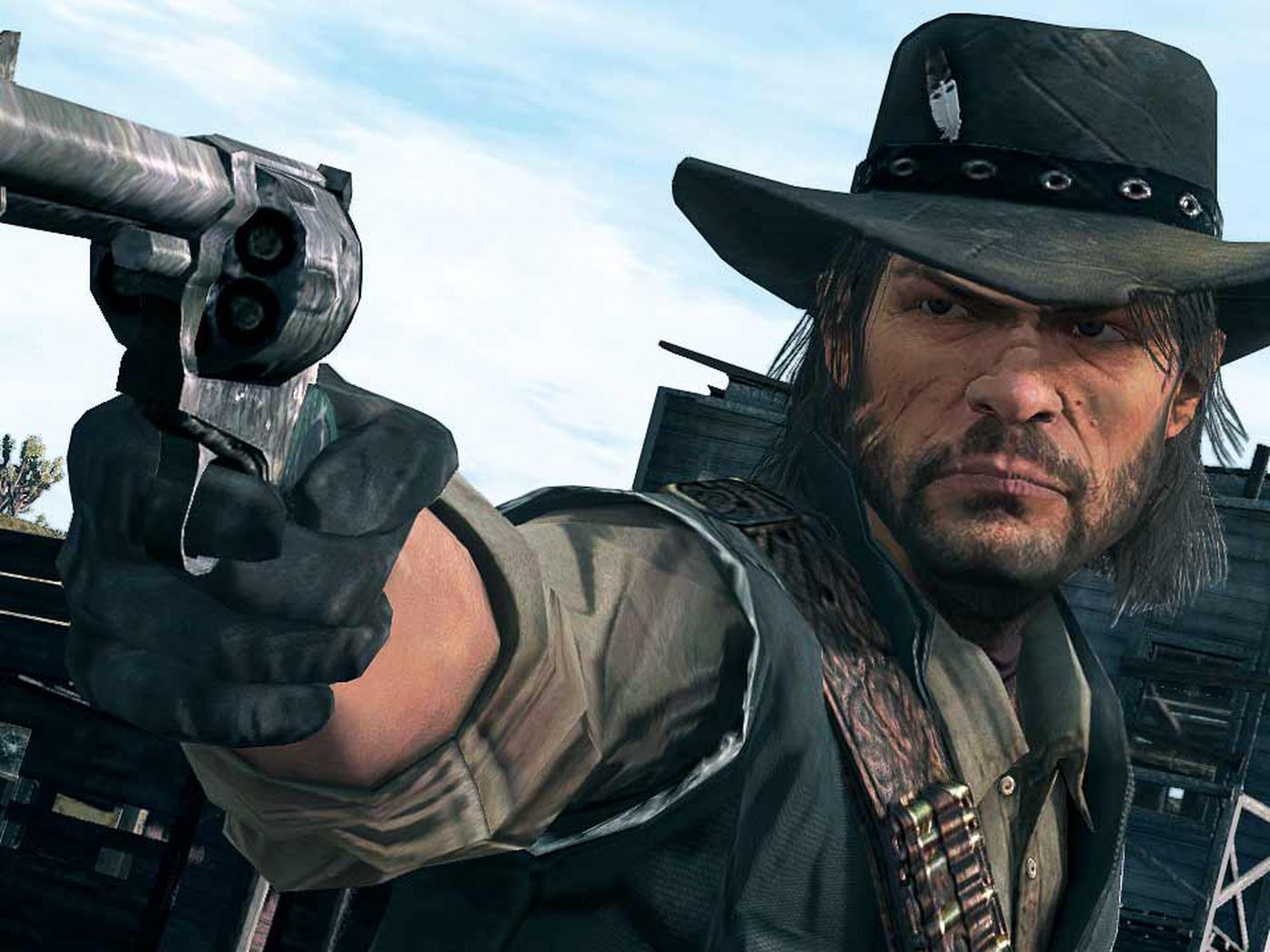 It was the dead of winter in the middle of nowhere, somewhere nestled between Tall Trees and the Great Plains. I had to watch out for bears, chop wood, and gather plants. No, I’m not talking about Red Dead Redemption, but my life in Oregon. It was a few years ago, when I was in a transitioning period from college and moving around the country that I was stranded in a cabin-like home in the dead of winter, with nothing to do but shovel snow, keep warm, and play Red Dead Redemption, and it completely changed the way I viewed the player-character relationship.

My life growing up in Oregon resembled a western at times. I rode horses and I shot a gun, once. There were tributes to the ol’ west littered throughout my tiny, tiny town, and the plagues of religion were rampant.  Even though the ol’ west is mainly fiction, Red Dead Redemption somehow captured that life and my life. Red Dead Redemption is filled with an impressive sense of life; every store, shopkeeper, patron, musician, bar, and hotel had a breath of life that made those small characters feel tangible.

It’s easy to dismiss Red Dead Redemption as just a western-themed shooter, but instead what Rockstar presented in 2010 was a massive, beautiful, and deadly portrayal of America and Mexico during the beginning of the 20th century.

The player assumes the role of John Marston, a former outlaw who now has his own chance at redemption by turning in the old members of his gang to the law. The game is ultimately and obviously about redemption, but also in how the player chooses to act out redemption in a variety of ways through John. He’s likable, and his character arc feels special. As he searches for redemption, we grow to like him because we see him as being more than just the outlaw we’re introduced to. He’s by no means a saint, usually fighting violence with even more violence, but we love him for that.

The opening cutscenes show John Marston, in the aptly titled chapter “Exodus In America,” being escorted by two government officials and placed on a train out of Blackwater and into Armadillo where the sullen gunslinger is sent into an onrushing future he is unprepared to face. The scene is subtle and profound in making the player listen, not act. Marston listens in on two older women discussing the plight of the Native Americans. “Yes, they’ve lost their land, but they’ve gained access to heaven,” they say as a justification for the violence. On the other side of the train, a holy man and an ever-questioning missionary, Jenny, debate whether “there is a great deal of difference between an innocent and a savage.”

The scene creates a valuable sense of complexity about John, but also to humanity in general in the everlasting conflict between savagery or humanity, sinner or saint. The motif of the entire game is presented in one simple opening cutscene and Rockstar is able to flesh the remainder of the game out in such detail that the story and writing are reminiscent of an Arthur Miller play.

In most games, the plot is driven forward by action, but in Red Dead, the story is driven by listening to a series of vividly written conversations on horseback, in carriages, or on front porches.

The game uses this simple plot architecture across hours and days and months. But rather than appearing thin, Red Dead uses every opportunity to deepen the connections between characters thrown together by fate in order to construct a body of work that eventually becomes a remarkable tale of freedom versus servitude and the senselessness of violence used to solve violence.

It isn’t until the game’s end when the player transfers to John’s son, Jack, that the idea of the agency of the player comes into question. It makes me wonder what type of role the player really has. Are they acting as or through Marston, or are they Marston’s free will, soul, or even a form of God in some sense?

Red Dead Redemption brings up questions about morality and human nature. There is badness in the world, and it must be met with badness. There is also innocence, and it must be defended fiercely. But where do you stand when the lines begin to blur? And where are you, the player, the person, in relation to this? The game leaves you with many little choices to be made in side-quests that bring home the idea of redemption more than the actual story, from choosing to save a captive woman, to picking flowers for someone’s wife.

For me, I tried to do right at every turn. There were, of course, my stints of slaughtering the town and running from the law, but when faced with a moral question, me, the person, tried to do right, or at least what I think John Marston would do. “I think it’s this land that makes the men, rather than the other way around,” Marston says to the Marshal and his deputies. “Men are born, and then they’re formed. At least, that’s how I see it.” John knows he is expendable in the bigger picture. He knows, deep down, that the future and the West’s advancement will be his undoing, and that his maker will eventually come to claim him.

At the end of the game, I felt like I was John Marston, and John Marston was a part of me. I have ridden with Mexican revolutionaries and have been betrayed by my best friends. I have watched the buzzards circle over men dead by my hand as the sun rises over distant mountains. I have shot my horse accidentally and heavily mourned the creature as I saw my honor fall. I saved people, from weariness, from sickness, from cannibals, from the government, and from myself.  I still listen to the soundtrack on runs, hikes, or road trips and I am reminded of what it was like to be John Marston. “People don’t forget, and nothing gets forgiven.”

Editor’s Note: This article was originally published on May 6, 2017.