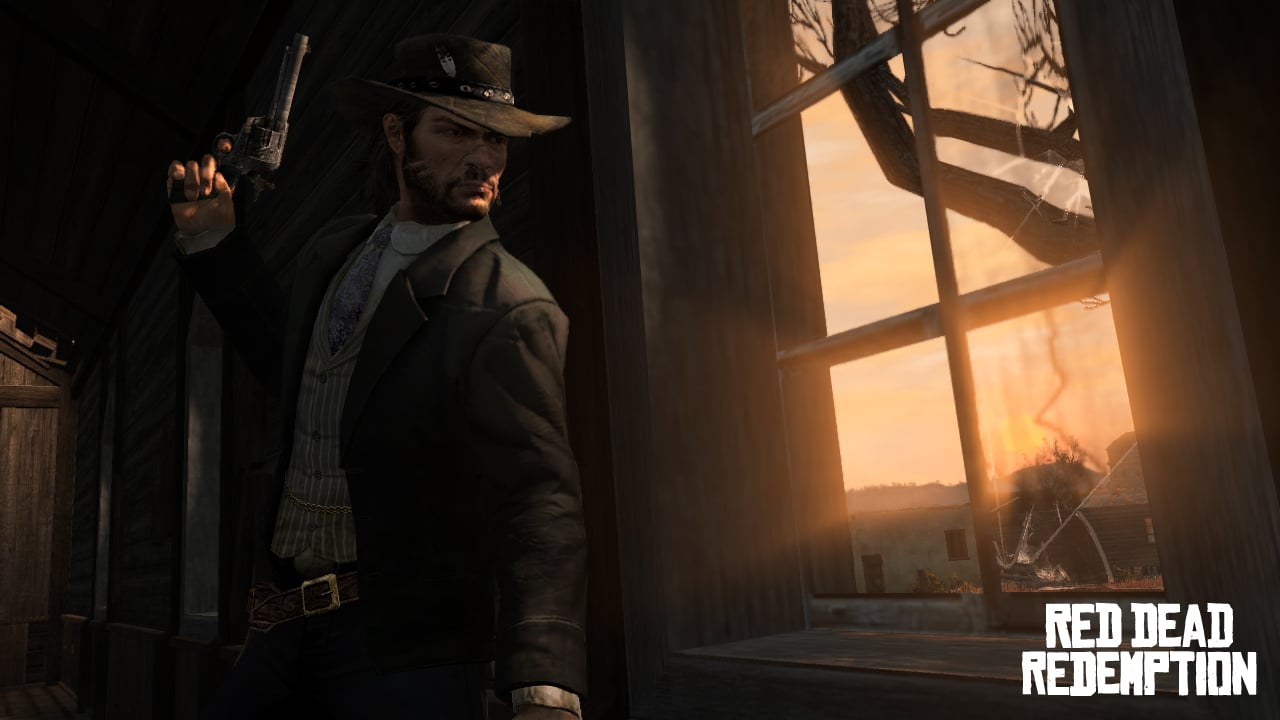 “Change is only good when it makes things better.”

Red Dead Redemption’s narrative is defined by three core themes: redemption, revenge, and resistance. John Marston’s arc is driven by his desire to redeem himself of his past; the idea of revenge is one that looms over John for the whole story, going on to consume Jack following his father’s death; and resistance ties directly into the consistency in which the characters of Red Dead Redemption attempt to resist the change they see in their world and in others. Despite being defined by these three themes, it is ultimately the prospect of change that connects them together in the context of Red Dead Redemption. John Marston wants to change, his life cannot change, and the world needs to change, but “change is only good when it makes things better,” so spoke Bonnie MacFarlane.

Miss MacFarlane’s early game quote is quite important as it is through this piece of dialogue where Red Dead Redemption’s narrative makes its major construct known. The “Old West” is dying. Change cannot occur without consequence. Red Dead Redemption’s story takes place in 1911, a single year before the end of the American frontier’s territorial expansion. John Marston, like the conceptual Old West, is a relic of the past that the changing times simply will not accept. The “new” America does not need John Marston, but it will make use of him before putting the myth of the Wild West to rest.

By the time the story begins, John has already been a “changed” man for years. Inbetween leaving Dutch’s gang and being recruited by Edgar Ross to hunt down his former brothers in arms, John has seemingly been living an honest life with his family on his ranch. Although the audience is never given a complete picture of the man John Marston once was, it is clear through context and his interactions with his former companions that John has legitimately changed. That said, while the narrative strongly suggests the idea of a changed John, not everyone within the story itself accepts said concept.

Specifically, despite hiring John to dispose of his former gang mates, the BOI consistently treats him with distrust and disrespect. To Agents Ross and Fordham, John Marston is still the outlaw he once was, incapable of meaningful change. At the same time, the BOI is the very organization pushing for change on the American frontier, going so far as to recruit John Marston to kill the remnants of Dutch’s gang so that said change can be expedited. The world can, and should, change, but man simply cannot.

In a sense, this does mean that John has already found his redemption before the story ever begins. The life he leads is an honest, quiet one. It is only until he is approached by Ross that he is thrust back into his violent past. With that in mind, John allowed himself to hunt down his Bill Williamson, Javier Esquela, and Dutch is, in itself, a symbolic redemption. John is systematically severing his ties to the past by killing the men who once defined him. John’s change, and thus his redemption, cannot be completed until his slate has been wiped fully clean.

The dramatic irony of John’s arc is that in hunting down his former gang members, he likewise sentences himself to death. Edgar Ross is working on behalf of the government to usher in smoother change; change which demands Dutch’s gang be eliminated. A member of Dutch’s gang himself, and one who, over the course of a year, murders countless men on behalf of Ross’ orders, John is the next BOI’s natural next target. John Marston is the last remnant of the “old” America and needs to die as a result.

Of course, what is particularly tragic about John’s ultimate fate is that he did change. Red Dead Redemption’s missions are deliberately less violent and more grounded than they were before. The missions not only allow the audience to decompress after the dissolution of Dutch’s gang, but they also give context for where John is in his life. He is barred from removing his rancher outfit; the story has no overarching plot anymore, and John’s main interactions are friendly ones with his family. He perfectly assimilates into the America the government was attempting to create.

As John is deemed a relic of the past, however, Ross comes after him regardless. On the cusp of the end of territorial expansion, the idea of the Old West has already been mythologized. John Marston is not a man in the eyes of the law, he is an incompatible concept. So long as he stays alive, he will be a danger to the new American way of life. John Marston has redeemed himself narratively, but the government is resistant to his change. The final mission is one that will always lead to John’s death. The will of the world can resist John Marston, but John Marston cannot resist the will of the world.

Poignantly, John Marston is one of the only characters in the entire narrative to not actively resist change in some capacity. Rather, he embraces it by the time the finale comes. John never lost his place in the world, the government simply decided that he did. Thematically, John is a champion for change, going so far as to align himself with Reyes’ Rebels by the end of the Nuevo Paraiso arc. He has his own motivations to do so, but he does not scoff at the chance for change. The way the world is changing may not necessarily be compatible with John’s backgrounds, but his actions consistently show his ability to accept change.

Why, then, as one of the only characters who does not reject the notion of change, does John have to die? Narratively, John’s death is necessary to show that, while one can change, they cannot escape their past even through “redemption.” Thematically, John’s death shows how ideologically misguided Ross actually was, failing to see that the one man he planned to kill was also the one who best embodied the philosophies the government was looking to instill for the new America.

In regards to the narrative, John, at the end of the day, was still a former criminal. He was an outlaw, a bandit, and a murderer. While he unquestionably became a better man with time, better than most in the context of the story, his roots are blood-soaked and he never truly paid for what he did. This is not to say that John Marston deserved to die, but that his fate at the hands of the government was not so out of the blue as a surface level reading might suggest.

Regarding the thematic element, Edgar Ross’ betrayal of John ends up causing Jack, John’s son, to hunt him down years down the line. In killing John, Ross ensures that a piece of the Old West survives through Jack Marston where it otherwise would have died had John never been killed. Ross not only betrays John, but he also betrays his own ideals, ultimately unraveling the change the government sought. While the American frontier is no longer how it once was without Dutch in power, Jack is representative of regression, rejecting the world’s change so that he may avenge his father.

Circling back to Bonnie MacFarlane’s quote at the beginning of the game, does change in Red Dead Redemption actually make things better? If John and Ross both represent change, no, the change did not make things better, but it very nearly did. Had the government left John alone, Jack would never have come after Ross, and the Marston family would have lived a quiet life. In killing John, however, Ross perpetuates a cycle of revenge while unknowingly undermining his own ideals. America’s change was ultimately superficial as the institutions in power failed to recognize the equal importance and possibility of individual change. What good is a changing nation if man cannot change with it?