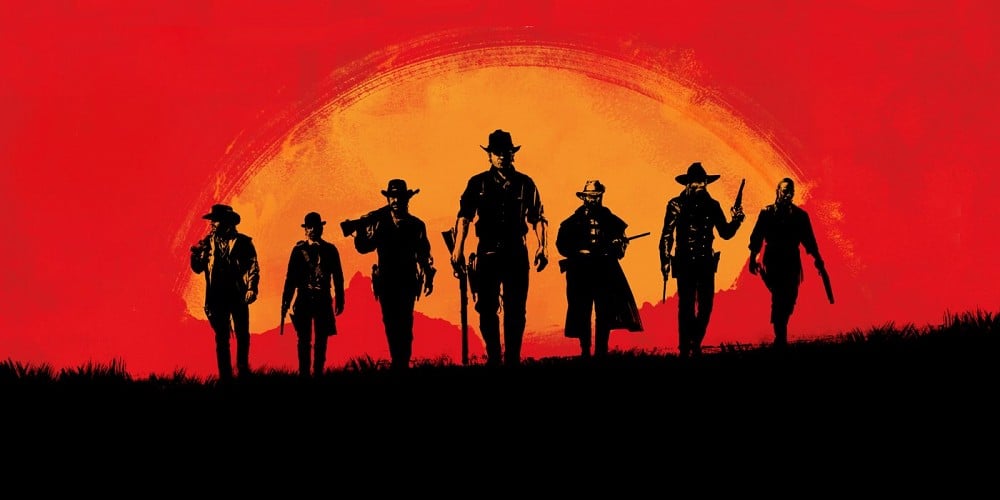 Rockstar and the Western Genre

In May of 2010 gamers were treated to developer Rockstar’s newest game, a spiritual sequel to Red Dead Revolver (made in 2004). This new title made was more akin to that of Grand Theft Auto, a crime-ridden, sprawling, sandbox series known for its violence and adult themes. Red Dead Redemption took the open world, sandbox nature of GTA and applied it to the Wild West, something that majorly paid off for the developer. To a lot of gamers, this was their introduction to a genre that got little to no attention in the modern media. Many people hold this game in high regard and it’s easy to see why.

First, let’s take a look at the narrative and how it brought back the western genre to a mass audience. The game starts off with a steamboat carrying our protagonist to the pier of Blackwater. This is the ‘high end’ portion of the game and we’ll discuss it in detail a little later on. We see our protagonist accompanied by two agents of the FBI. At this point two things are revealed: first, our protagonist’s name is John Marston, and second, he has to find the members of his former gang and kill them. The story then puts us on a train heading away from Blackwater and towards the first major town, Armadillo. During the train ride, we see two old women talking about the politics of the country. This train ride introduces us to the world of Red Dead Redemption and how the characters view it. We then take control of Marston as we ride a horse to where his former gang mate, Bill Williamson, has started a gang of his own. Things don’t go very well and Marston is shot. However, he is then saved by Bonnie Macfarlane. She runs a farm with her father, and Marston performs several missions for her. This shows us that the world of Red Dead isn’t a conventional western where the hero saves the day. This is Rockstar’s grounded approach to the genre, and is what makes the narrative so interesting. Throughout the game, we grow to care for Marston and discover his motives and feelings towards his old gang mates. Towards the climax of the game we play Marston not as a gun-toting outlaw, but as a family man, providing for his wife and son. This is a huge tonal shift and the game becomes much more relaxed from this point on, at least until a pivotal moment of the story turns that all around (a moment I won’t spoil). What I’m trying to get across is that the Red Dead Redemption narrative brings the western genre back to the spotlight and makes it relevant for modern audiences. Rockstar has created a period piece that will possibly last for a good while.

Now, let’s talk about the gameplay. This is an open world game by Rockstar, so two things are expected: shooting and exploring. Thankfully, the game delivered in both areas superbly. Guns are satisfying and pack a punch with every shot, and there are also many to choose from, such as a standard revolver or a semi-automatic pistol. From rifles to shotguns to knives, there is a very large arsenal of weaponry at Marston’s disposal, and it’s hard to see anyone getting bored with the combat. There are also moments in the story where you wield a gatling gun. These moments are vicious and brutal, as there is no firepower like that in the whole game. The other portion of the game is exploration and it is done very well. The main source of transportation in the game is horses, which behave less like vehicles and more like an extension of Marston. You have to continuously tap the run button to gallop, and hold it to do a sort of jog. The Horse also has a stamina meter that will run out if you gallop for too long, so there is some managing that stamina in order to not get thrown off. The effect of this is that the traversal of the game world becomes less boring and instantly more engaging. There is also a fast travel system for those who are lazy or just don’t have time. Two methods exist for the fast travel, which is either to make a campsite or use a carriage (the former doesn’t require a form of payment). This helps keep the immersion of the game even though fast traveling inherently breaks that.

However, it’s the quiet moments of Red Dead Redemption that are truly impressive. Stopping to smell the roses is one of the things this game excels at. Watching a snake slither past your feet while you can hear the gunshots of a gang fight in the background really helps to build the world you inhabit. Even the cliché of tumbleweed is satisfying to witness. Though the vast majority of the open world is an empty desert with sprinklings of wildlife here and there, it is still vastly detailed and beautiful to behold. The game also has several side quests, such as helping someone make a film or building a flying machine and watching him…well I won’t say it here (just know it doesn’t end well). There are several challenges to complete, and you can hunt to earn money for weapons and ammunition. There’s even a reputation system in the game. Want to be a hero in the Wild West? Go ahead, or become a total outlaw and someone who people fear. Red Dead Redemption has a lot to offer.

In conclusion, Red Dead Redemption brought the western genre back to relevance in the modern era. The reason I’m talking about this game six years after its initial release is that a new trailer for Red Dead Redemption 2 has been teased and it has got a lot of people excited (including me). The one thing it has to do to surpass its predecessor is to be even more daring to delve into the genre and find what made it so popular in the fifties through to the seventies. The potential is there, and this initial trailer will be the first-ever look at the game. Here’s hoping it blows us away.

HI! I'm currently a student in the U.K Studying Media, Drama and English Language. Video games are my passion and have been a part of my life for as long as I can remember. I like film and TV too. Games a little more though.