Okay, so the unsung hero that is Grand Theft Auto IV isn’t one of the three that’s getting the remaster treatment, but in light of the upcoming Grand Theft Auto: The Trilogy – The Definitive Edition, now seems as good a time as any to reflect on 10 reasons why its understated brilliance outshines the more widely acclaimed merits of its younger sibling, Grand Theft Auto V. In fact, Grand Theft Auto IV is still so good today that, quite frankly, it doesn’t need a remaster. Not for a long time anyway.

Whilst Grand Theft Auto V’s story involves the occasional – albeit dreamlike – stage battling psychedelic aliens, Grand Theft Auto IV’s is way more serious and reminiscent of something that could and does happen in the real world. Minus the chance escapes and implausibly large killing sprees, of course. Altogether darker and less playful, it’s about the American dream and the subsequent breaking of that dream.

By contrast, its sequel goes full Hollywood with its over-the-top narrative. Like the very characters it portrays, it’s a game that feels like it’s sold itself to the devil. It also dumbs down a series full of hard missions by introducing mission checkpoints. Rockstar were obviously going for a totally different feel which they nailed perfectly, just as they nailed the more gritty theme of Grand Theft Auto IV. It’s just that the latter is preferable over the former.

Like every Grand Theft Auto game leading up to it, Grand Theft Auto IV opts for one main protagonist as the central focal point of the action. Being a recent immigrant to Liberty City who is almost involuntarily drawn into the dark and terrible underworld of its crime lords, Niko Bellic is a man with whom it is easy to sympathize. Rule number one of good character development: establish someone in who the audience can get invested.

Grand Theft Auto V would innovate by featuring three playable protagonists, but that doesn’t make it better. There are the got-it-on-a-plate, spoiled types of Michael and Franklin, and then there’s Trevor who’s violence personified and with about as much depth as a pre-school paddling pool. Although the story smartly intersects their respective narrative arcs together, it means less time is spent on developing one single character to its fullest, most twisted extent. It also leaves the player wondering which of the three to play when idling, which is a nice headache to have, but a headache nevertheless. Sometimes less choice is better.

The Liberty City of 2008 may be smaller than the Los Santos of 2013, but it is infinitely more pleasing in its aesthetic and level of detail, perfectly capturing the grim feeling of being alone in a big metropolis – a stranger in a strange land. There are also more enterable interiors, and without the added annoyance of having to wait through a tedious loading screen to get to them. Truly a city that never sleeps.

Sure, Los Santos County is a whole lot bigger and spread out (in fact, Rockstar’s second-largest map to date), but it’s mostly just empty hills and uninteresting greenery – almost like Rockstar went with size for the sheer sake of it. The world of Grand Theft Auto: San Andreas is also large in scale, but it features three main cities each with its own distinct feel. By contrast, Grand Theft Auto V has just one.

More geared towards marketability and microtransactions than that of its humbler predecessor, Grand Theft Auto V’s online (now almost a full game in itself) is good for those who want to stick around and be serious. Not so good for those who just want to jump in every so often and just have a blast. It’s deeply hierarchical, and there’s nothing worse than joining a lobby only to get immediately steamrollered by a less skilled player in an unlockable aircraft who just happens to have more game time under their belt.

Although sparsely populated nowadays, Grand Theft Auto IV’s online is more reassuringly old school, setting everyone on a level playing field, even if there’s neither a lot of depth nor width to that field. Ranks mean virtually nothing in practical terms, with everyone donning the same everyman character model and with access to the same weapons and vehicles available at set locations across the map.

Whereas Grand Theft Auto V never fails in churning out more and more multiplayer content, its overlooked predecessor wins hands down on the single-player side of things. ‘The Lost and Damned’ and ‘The Ballad of Gay Tony’ expansion packs are practically two new stories, which also introduce new weapons, vehicles, and soundtracks into the bargain. That’s on top of an already fulfilling original story which alone packs in more missions than Grand Theft Auto V.

Following in the footsteps of Grand Theft Auto: San Andreas, Grand Theft Auto V does feature more side activities, but honestly, how many people want to spend their time mastering golf in what is primarily an action-adventure title? It’s the main plotline that counts – one that is found somewhat wanting in this instance.

Better Graphics for the Time

Okay, this is sort of time-specific, but it still holds. Back in 2008, coming off the boat as Niko in that first mission left a feeling of wonder and amazement that’s noticeably absent in its sequel. Put simply, the generational gap between Grand Theft Auto: San Andreas and Grand Theft Auto IV, and the gap between two consoles, is staggering, making it truly ground-breaking for the time. That’s especially so considering they were released only four years apart.

Contrariwise, the gap in graphics and technology between Grand Theft Auto IV and its sequel is much, much thinner, despite the added year in development. A lot of that was simply due to lucky timing, as Grand Theft Auto IV happened to be in the works just when the PS2 and Xbox were becoming outdated.

The cars are more realistic and less forgiving, again reflecting the overall true-to-life city feel of the game. In Grand Theft Auto V, on the other hand, the cars feel way too floaty, even if there’s more customization to be had. The messing about, do-as-you-please factor was always a part of the series, but the game as a whole feels too Saints Row-ish, pandering to the masses with its loose controls and juiced-up supercars that can be spawned at a moment’s notice. The car physics and crash effects in Grand Theft Auto IV are also far superior, truly putting the ‘Auto’ in Grand Theft Auto.

Grand Theft Auto V does however win on the aircraft side of things, with its predecessor restricting the player to a few helicopters, despite the luxury of two full runways. There are few things better than racing a jet through the lower stratosphere. That being said, the helicopter water effects are noticeably inferior, and flying only plays second fiddle to the more numerous driving sections, which as always take up a large chunk of a playthrough.

For all that Grand Theft Auto IV feels more tense and serious, it leaves a lot more breathing space when it comes to the police and picking up a wanted level. As always, there are adrenaline-fueled six-star rampages to be had for those who want them, but players won’t attract too much police attention for the trivialities of jacking a car or running over a pedestrian.

Somehow, Rockstar manages to mess this up in Grand Theft Auto V. As before, the cops can be fought or shaken off if you’re anywhere near half-decent, but it’s picking them up that’s the issue. More often than not players will gain a wanted level for minor offences, even when seemingly out in the sticks or off the beaten path, leaving them all hot and bothered.

Okay, besides the giant beating heart tucked inside the Statue of Happiness, there aren’t any truly outlandish myths or Easter eggs in Grand Theft Auto IV. Not any that have been proven true, that is. But the possibility that they might be true acted something like the gold at the end of the rainbow, spurring a myth-buster on in their explorations. Few things were more exciting than heading to the derelict Sprunk Factory looking for ghosts or scouring the dark subway tunnels on the lookout for the fabled Ratman. The thrill is in the chase.

Contrariwise, Grand Theft Auto V’s myths and Easter eggs feel like parodies of themselves, not leaving much to the imagination. There’s an actual up-close UFO, a ghost girl on a mountain, and an alien buried under the ice in the prologue mission, not counting a whole host of others. After acknowledging the fan interest surrounding myths from the previous games, it’s almost as if Rockstar went overboard here and in doing so completely missed the point in what made myths so intriguing in the first place.

Grand Theft Auto IV’s soundtrack comes nowhere near the distinctly 80’s vibe of Grand Theft Auto: Vice City, or the early 90’s theme of Grand Theft Auto: San Andreas. Nonetheless, every radio station feels like it has its place, catering to a specific area or community within real-life New York or, in this case, Liberty City. There’s the hip and rebellious ‘Radio Broker’, to the more uptown ‘Jazz Nation Radio 108.5’. Then there’s the Eastern European ‘Vladivostok FM’, catering to Niko himself, who hails from an unnamed part of the region. And the expansion packs only add to an already stellar tracklist.

Lacking a clear identity, Grand Theft Auto V’s soundtrack is more scattered and harder to pin down. It has something for everyone within a pool of stations featuring songs from a vast array of eras and places, and because of that, it’s more difficult to identify common themes or to tell what station reflects what part of the city. 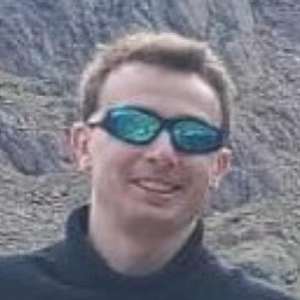 Games That Changed Our Lives: Grand Theft Auto IV Renewed My Love for the Medium