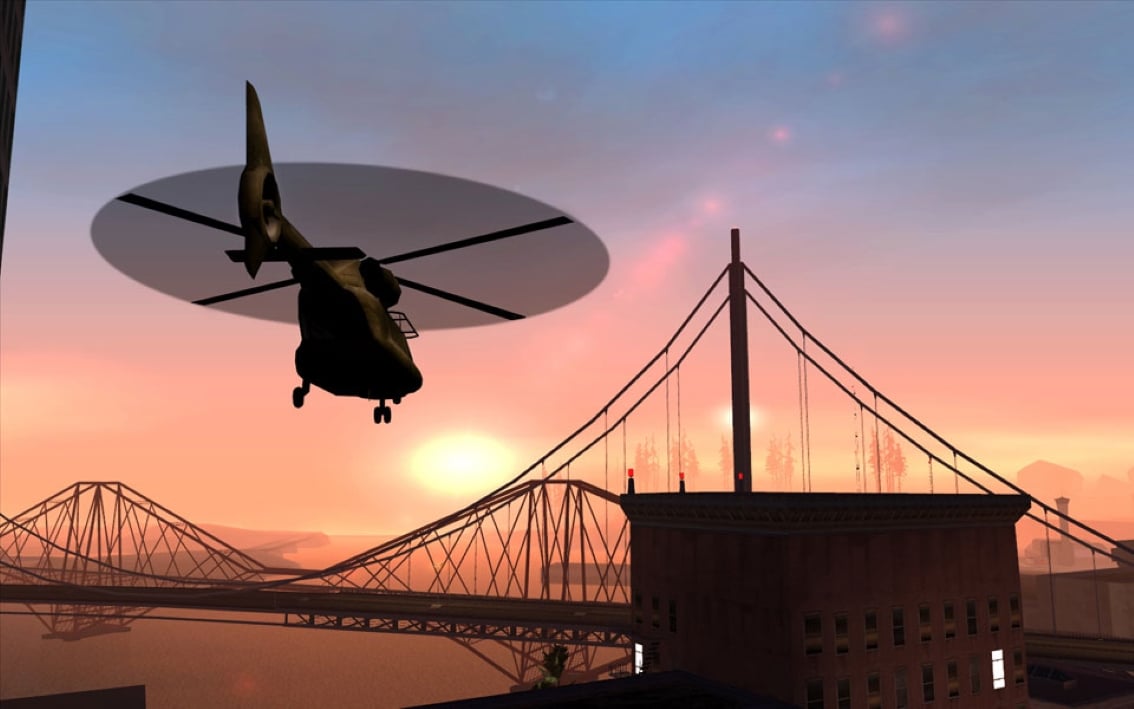 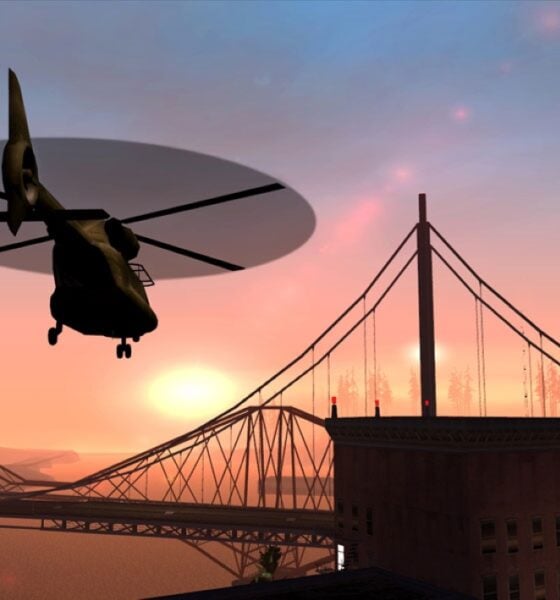 To celebrate the official unveiling of Grand Theft Auto: The Trilogy – The Definitive Edition (that’s a mouthful), here’s a look back at the 10 hardest missions from across the series.

Well, okay, the 2D top-down games from the late 90s don’t count, but anything from Grand Theft Auto III onwards is good to go.

The only next-gen mission to make the list, this involves helping some Irish-American gangsters rob a bank. Pretty much everything that could go wrong does go wrong, as one of the hostages whips out a concealed firearm and guns down an Irish dude, quickly followed by the triggering of the bank’s alarm. Then the cops show up, and that’s when all hell breaks loose.

Following a pursuit through the subway and a tense run-in with some highly trained NOOSE units (basically GTA’s version of SWAT), it’s an ascent back up to street level and an adrenaline-fueled drive back to the mission starting point. This GTA IV getaway is super demanding on the nerves and quite frankly puts some of GTA V’s heists to shame. Best to have an actual three leaf clover on standby for good luck.

Perhaps named with Driver in mind, this is about as difficult as anything that PS1 classic has to offer, pitting Tommy against a speed junkie in a hastily arranged street race. Problem is, he’s in a Sabre Turbo and you’re driving a stock Sentinel.

His car also happens to be bullet, fire, and explosion-proof, meaning underhanded tactics can’t be resorted to and the surest bet is to hope (or pray) that he drives himself off the road and gets stuck against a lamppost. It certainly takes a lot of determination – and gas – to get over the line on this one.

… is what Big Smoke might say if he were the one giving this mission. Instead, it’s Zero, and although technically a side mission, it’s still harder than 98% of the main ones (we’ll get to that remaining 2% a little further down).

It’s simple enough on the face of it, requiring CJ to gun down couriers making deliveries for Berkley, a rival electronics dealer. However, navigating the RC plane through the tight, canyon-like streets of San Fierro is no picnic. The sheer act of flying can be a challenge in itself (who remembers struggling with Pilot School?), further exacerbated by the fact that this RC plane handles worse than your average aircraft.

The hint is in the name, cause you’re gonna die … a lot. Like, literally a row of deaths. And not because of flawed design or bad controls. It’s just a straight-out tough mission with a ton of bad guys in the way.

Over at the Malibu Club, Kent Paul informs Tommy that everybody’s good friend Lance Vance is up for execution in a junkyard (how dignifying) following a failed assassination attempt on Ricardo Diaz, and it’s up to Tommy to race over there and bail him out. But Diaz’s men aren’t going to let him off the hook that easy. They’ll be waiting. And then there’s the small matter of a timer, because if Lance isn’t rescued quickly, it won’t be long before he bleeds to death, making this mission doubly deadly.

Drive around the city smashing nine coffee stands as you go. Simple, right? Well, not exactly. They’re spread across the whole map, requiring intimate knowledge of the fastest routes between all three islands. On top of that, you’re up against a tight time limit and have no idea where each of the coffee stands are, meaning there’s a substantial element of trial-and-error here too.

After driving close enough for a coffee stand to show up on the mini-map, it’s a case of ramming it with a car that’s bound to go up in flames at some point or another, requiring one or two (or ten) changes of vehicle. That’s all while evading the police from any wanted level you happen to rack up, meaning it could take an actual espresso to get through this killer of a coffee run.

Like any decent final mission, it’s painfully difficult, and you might regret having saved Lance earlier, because he’s the biggest pain in it. Turns out he’s working for Sonny Forelli who’s arrived from Liberty City to take your money, and following a failed and somewhat amusing attempt at duping him with counterfeit cash, his men make a dash for the safe.

That’s easily foiled, but it’s after chasing Lance to the roof when things get tricky and the hallways of the Vercetti Mansion become a confusing haze of bullets. But with Lance dead, it’s a short trip downstairs to take care of Sonny, the double-crossing mob boss responsible for most of the bad stuff that happens in the game, and boy does it feel good.

Keep your friends close, and your shotgun even closer.

The title has all the feel of a big finale to it, and that’s exactly what it is – a final mission that narrowly edges Vice City’s in terms of difficulty. Catalina, Colombian cartel leader and main antagonist (not to mention Claude’s ex-girlfriend), has kidnapped Claude’s ally and is holding her hostage at the imaginatively named Cartel Mansion. Claude pays the $500,000 ransom, but Catalina goes back on her promise and decides to kill him anyway, because why not.

Freeing himself from a very tight corner, Claude pursues her to a dam where there’s a ton of obstacles to work through, including but not limited to kamikaze trucks and a strafing helicopter piloted by none other than Catalina herself. Thankfully, there’s a very happy ending, but you might have to exchange a few lives – or hours – to see it.

Act I being a mere walk in the park, this one really picks up the pace, tasking Claude with protecting 8-Ball (a friendly arms dealer) as he runs onto a Cartel-controlled container ship to set an explosive. From his vantage point, Claude can only protect him by using a sniper rifle. Fine for expert snipers. Not so fine for everyone else.

It doesn’t help that unless you’ve already collected 80 hidden packages, this is the first time the game gives you a sniper rifle, and yet it expects you to pop heads faster than the best sharpshooter at the Battle of Stalingrad. There is a cheat of sorts to make it easier in the form of a partially hidden adrenaline pill which slows down time for everyone but Claude, though chances are not many first-time players are going to know about that.

Flying levels may make up less than 20% of the overall missions in Grand Theft Auto, but they’re easily 20% of the overall pain, and for such an early level this has all the difficulty of a later one. Land-grabbing property developer Avery Carrington wants a construction site levelled to the ground, so it’s Tommy’s job to sabotage it from the inside using an RC helicopter.

Four bombs must be individually picked up and airlifted to various parts of the site within a seven-minute time limit. If that isn’t bad enough, getting to grips with the controls for the RC helicopter is tricky to say the least, and all the while there’s peeved-off construction site workers trying to knock or shoot it down. Don’t they have work to do?

1. Wrong Side of the Tracks (Grand Theft Auto: San Andreas)

“All we had to do, was follow the damn train, CJ!”

Words that are known to anybody and everybody who has come face to face with this poisoned chalice of never-ending frustration. Basically, CJ and Big Smoke crash a rival gang meeting and some Vagos gang members end up fleeing on top of a train, so it’s up to the Grove Street boys to give chase and gun them down. On the back of a dirt bike…

The first problem is that the bike’s ridiculously easy to topple over amidst the inclines and rough terrain bordering the tracks. And second: Smoke’s neither the best nor the quickest shot in the world, making this the most notorious Grand Theft Auto mission out there.

It’ll really make you go off the rails.