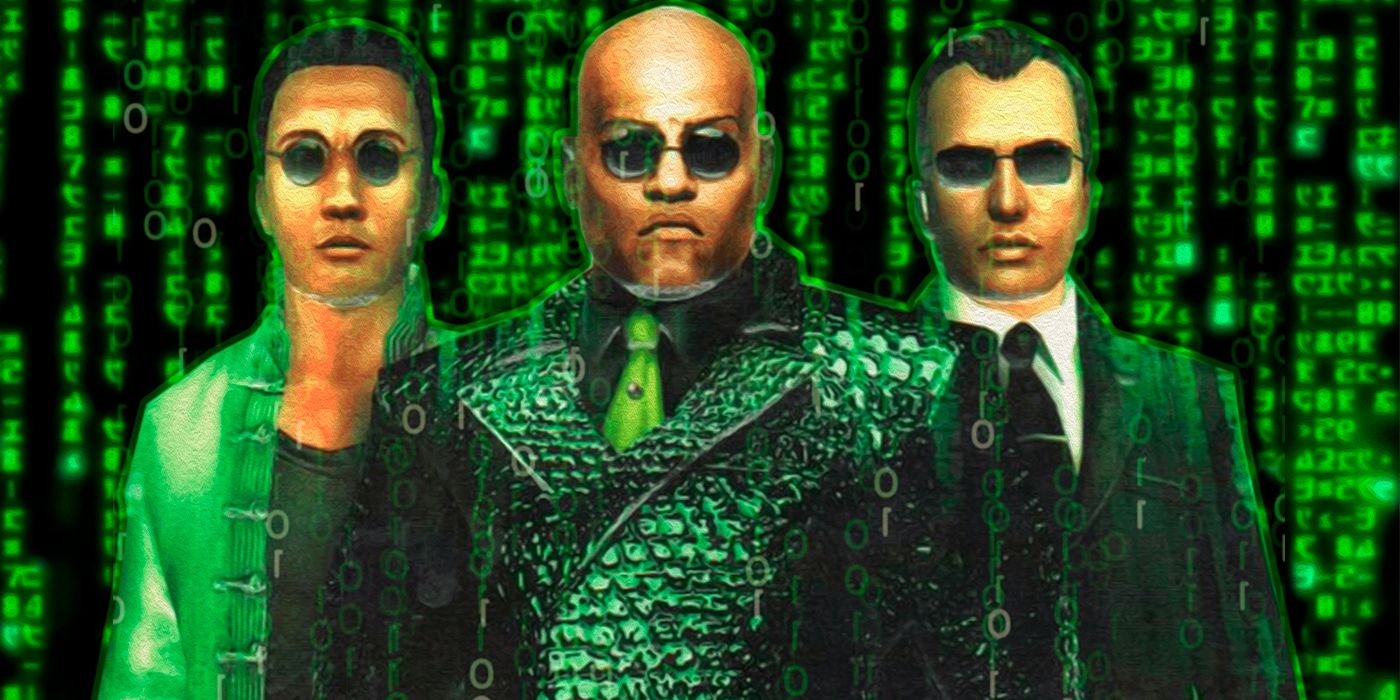 Not many people can say that a game they never played changed their life, but I can. I’m sure that might seem counter-intuitive, but from the time The Matrix Online was in beta through about a year after launch, I was completely immersed in the game. It was 2004, sometime during my junior year of high school, when I typed “Matrix Online guilds” into Bing before it was Bing. I had heard about an MMORPG version of one of my favorite movies and wanted to play it. The problem was I didn’t have any friends that played video games, so I had to go make new ones. On the internet. Which was a dark and scary place as far as my parents were concerned, but I was fearless. I had no idea what an online guild was or what they did exactly, but I wanted to find out.

What I found—or who I found—was the Illuminati (no, not THAT Illuminati), an incredibly well-structured guild with a hardcore emphasis on roleplaying. It was intimidating as all-heck. As I wrote out my application to join, I worried that I wasn’t enough of a gamer because I had never played an MMO before, and the closest I ever came to roleplaying was the one time I auditioned to be Rizzo from Grease in the 8th grade. Up until that point, my gaming experience had been a few Nintendo 64 games and computer games like Duke Nukem 3D and Catz 4. But I was welcomed with open arms, assigned to a ship—the HvCRT Gungnir—and let loose on the forums. Aside from how welcoming everyone was, I was surprised that I wasn’t the only girl. There was a small number of us, but we were there and respected members of the guild; our code of conduct was taken seriously, and it was a huge reason why our community was so tight-knit. There was a time when another guild infiltrated our forums with spies, spilling over our in-game Zionist verses Zionist faction rivalry into our home-space. Unfortunately for them, we discovered who they were and permabanned them from the forums—and targeted them in-game whenever we got a chance. No one messed with us. 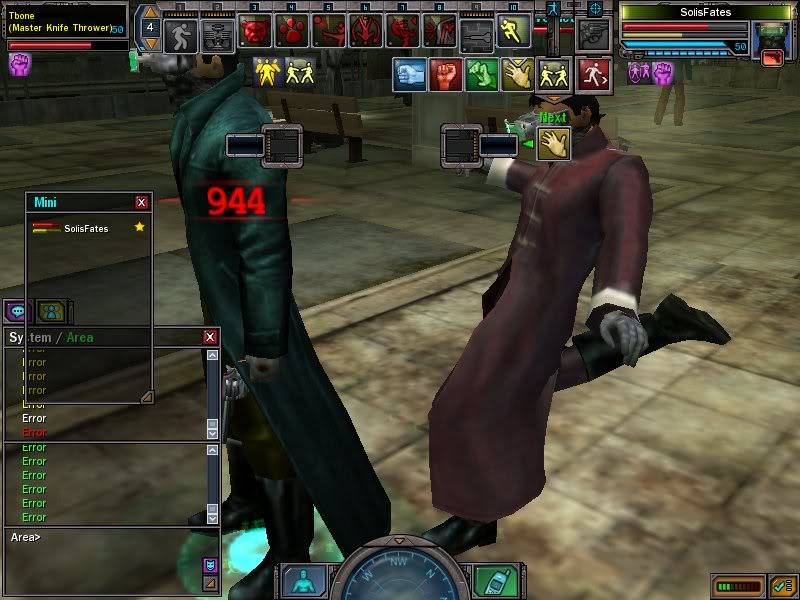 As The Matrix Online was well-known for the online communities it fostered all over the world, it was equally well-known for its mind-numbing repetition, terrible interface design, unbalanced combat, and other gameplay ickyness—but what it managed to do was bring something new to the MMO scene, and fill it with artists, great roleplaying, and live community events unlike anything at the time. Players could directly communicate with storyline characters in scripted interactions created by the game’s live events team. Everything anyone did in The Matrix Online became canon to what the trilogy had already created. So, when Morpheus addressed the entire community during an important event, everyone stood around and listened… except for one member of the Illuminati who stripped to nothing but a hat and boots and somehow managed to “hyper-hump” Morpheus. (Rumor has it that during that event, Laurence Fishburne was in the studio watching it all happen. Sorry you had to witness that, Mr. Fishburne.) That’s canon. Forever.

15-plus years of friendships, across state lines and oceans, all made possible by The Matrix Online.

Every story event written by the live events team has been thoroughly archived on the game’s wiki page (and I highly recommend reading it), but just to give you an idea about how much these live events made the game, The Matrix Online might be one of the rare games in history where story made up for the flaws in gameplay. It all started with the guilds, across all factions, racing to collect Neo’s RSI fragments and transmit them to Shapers, the only entities that could put Neo’s fragments together again. Red-eyed Agents were hell-bent on preventing that from happening, though, but eventually Morpheus threw himself into the mix and said he would stop at nothing to get the Machines to return Neo’s body. It was his tunnel-vision determination that eventually caused inter-faction rifts between various Zionist guilds, but when Morpheus unexpectedly died, everyone came together in grief. 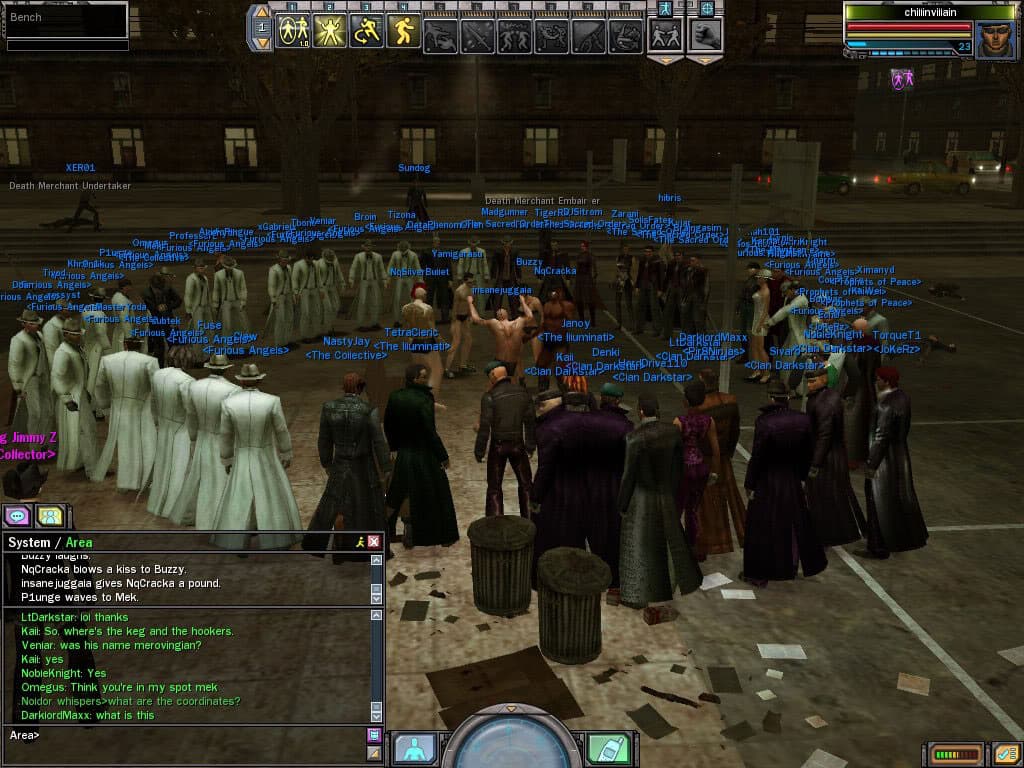 What sort of tomfoolery is this?

But above all else, knowledge was power in the game. Knowing specific events ahead of time meant guild-firsts for many players. Some players were lucky enough to be pulled into secret rooms in-game by developers and receive information in advance of future live events; one former guildmate of mine met The Oracle. Many players didn’t stick around for the combat per-say, but they stuck around for the opportunity to influence the trajectory of The Matrix’s story—and there I was, not able to play the game but living vicariously through my guildmates’ screenshots and stories. I read enough and saw enough to understand what was going on and know that I wanted so badly to hyper-jump between rooftops with the rest of my guild, but my poor little Gateway computer wasn’t up to the task.

What I had instead was a place to geek out about the Matrix, a place to share my creative writing in the form of roleplaying, and a place that gave me a much-needed reprieve from my turbulent high school days. Not too long after the official launch I felt a distinctive shift in the guild dynamics, and I’m not talking about tension that every guild has between several players at one point or another; I’m talking about the point where our guild became more than the game itself. As time went on, we spent more time hanging out in TeamSpeak or IRC just chatting. By 2005, our guild had grown disenchanted with the game, largely due to the changes SOE made after they purchased the rights to The Matrix Online. 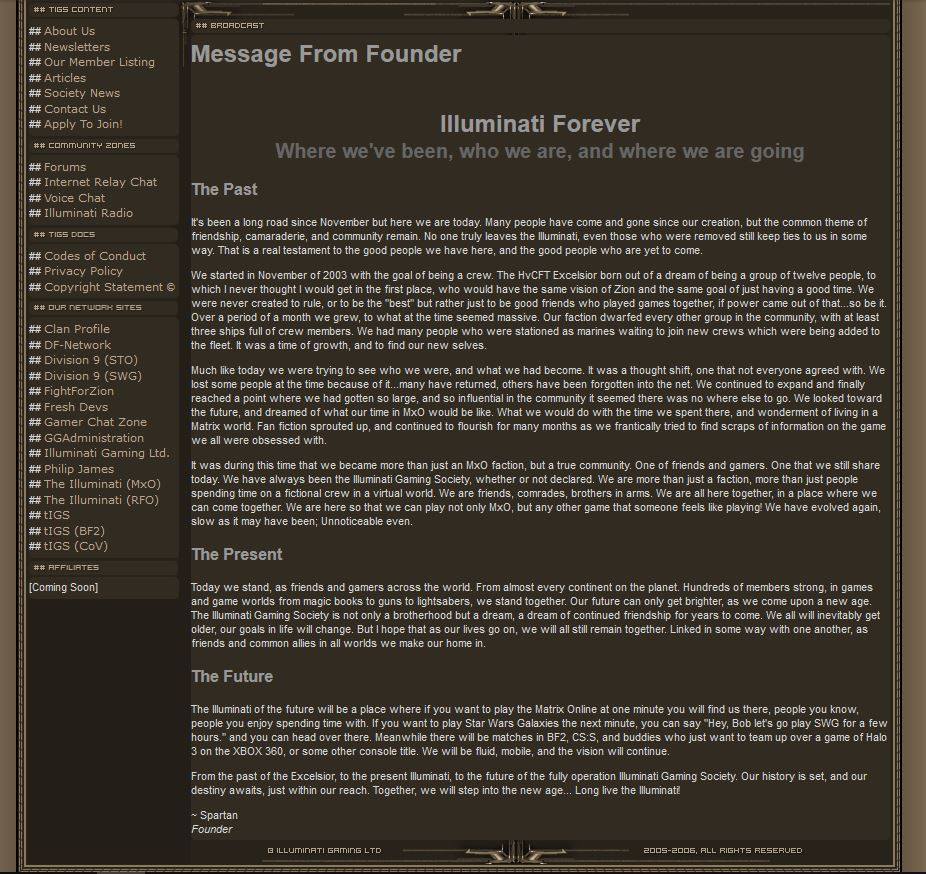 More than just a faction.

We were in a weird state a flux because of all those changes. On one hand, not many Illuminati members wanted to play The Matrix Online anymore, but no one wanted to stop gaming together. So, the Illuminati turned into The Illuminati Gaming Society, TIGS for short, and we expanded our forums to include games like Star Wars: Galaxies, the one game I was able to play with my guild. But after the “New Game Experience” hit, the guild quickly fell apart and we scattered, sporadically communicating via AIM and MySpace. I lost touch with one of the most influential people in my life at the time, a guy who was like an older brother to me, who mailed me a copy of Star Wars: Galaxies so I could play it with everyone. (Cirga, if you’re reading this, I miss you, and I hope all is well.)

But even though we were no longer a formal group and went years without speaking and gaming together, our camaraderie didn’t die. Throughout my travels I made it a point to meet in-person as many of my guildmates as I could, whether that was sitting down to dinner at a PF Chang’s in Nashville, navigating Camden Street in London, or getting absolutely hammered off Chimay in New Orleans. The time I spent as part of the Illuminati, pre and post-MxO, are the happiest times of my life. And thanks to Rajko’s MxO emulator, I finally got to experience a piece of the game with some of the people I’ve known for all these years. So, I guess I technically can’t say I’ve never played The Matrix Online anymore. 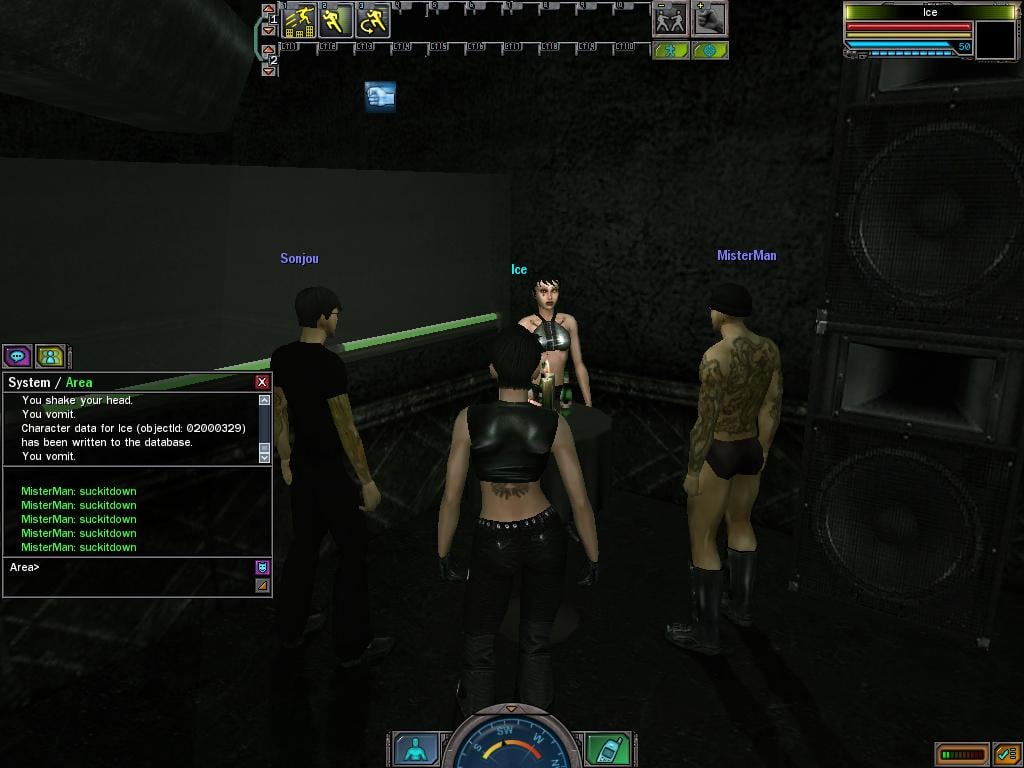 When I reached out to my former guildmates before I started writing this article, I expected to hear back from maybe two or three people and get a few grainy, low-resolution screenshots. What I received was much more than that. It had been a long time since all of us chatted together in the same online space, only this time it was Facebook Messenger instead of IRC or TeamSpeak. The memories of being teenagers (or younger adults for some) floated back effortlessly: all our shenanigans, rival factions, our guildnames. We reached deep into long forgotten Photobucket accounts and shared everything we could find from forum signatures to screenshots of us playing other games together. (And a huge thank you for letting me use some of those screenshots in this article.) It was as if no time had passed at all, regardless if some of us had remained in contact or not. 15-plus years of friendships, across state lines and oceans, all made possible by The Matrix Online.

Editor’s Note: This article was originally published on August 27, 2018.