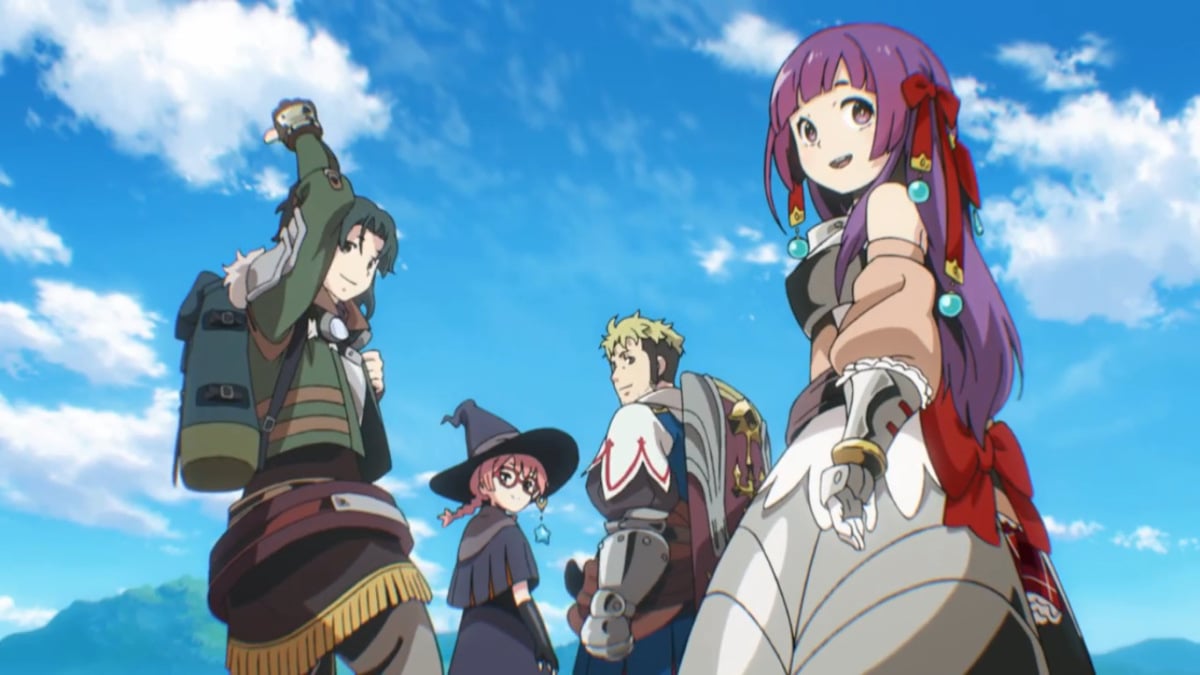 The complexities of dungeon crawlers, such as those of Atlus’ Etrian Odyssey series, while appealing to longtime fans, can often intimidate potential new players who become glassy-eyed and lost at the first mention of status attacks, debuffs, and skill trees. Finding a way to introduce a franchise to a new audience, while still maintaining the challenge and strategy that hardcore devotees require, is a tricky feat, but one that Etrian Odyssey 2 Untold: The Fafnir Knight seems to have pulled off fairly well, give or take some nasty bosses. Who would’ve thought that meticulous map-making, collecting rocks, and managing a restaurant could be so fun? Oh, and fighting monsters, of course. That’s cool too.

Fafnir Knight is essentially a remake of the DS’ Heroes of Lagaard, with updated visuals and some other variations thrown in here and there, and for those who want that straightforward experience of choosing warrior classes and setting out for adventure, the Classic Mode will suit them just fine. But what really separates this new entry is the “untold” part, a new story mode involving a fixed party of characters whose unique personalities you are stuck with the entire game. While they’re pretty typical RPG clichés (princess in need, nervous best friend, gritty veteran), the voice acting is actually pretty solid, and each person feels distinct and likable, to the point that they’d almost be endearing if they didn’t talk so damn much. This goes for the rest of the townsfolk as well, and even with text speed set to the highest mark, the “a” button and your patience will get a thorough workout. The story itself won’t keep anyone up at night anxiously playing to see what happens next, but it does the job well enough, providing some twists and turns that maintain interest, as well as a healthy sense of humor that is often on display just when it’s needed most. Though nothing overly memorable, it’s a pleasant diversion, and adds some flavor to the proceedings. 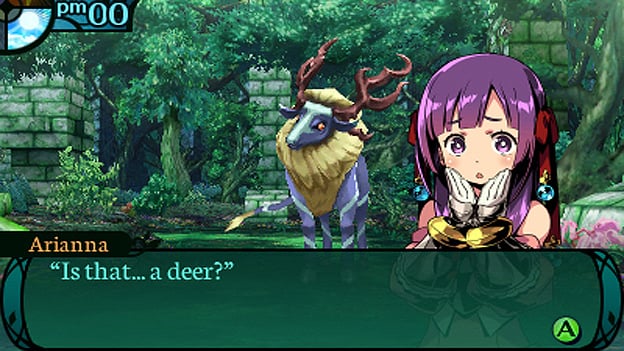 Of course the meat is and always has been the exploration itself, and this is where the real fun is. The strata of the Yggdrasil Tree offer labyrinthine forests, each a maze of twisting, narrow passageways peppered with treasure and FOEs, large mini-boss enemies that are often best avoided. The lower screen of the 3DS displays a large empty grid, to be filled in by the player, using the stylus to draw the walls and mark locations of stairways or other points of interest, mapping in the floor as accurately as possible. This serves a purpose greater than mere completionist tendencies, as it allows for fast travel between levels, as well a handy reminder of precious HP/XP replenishers. An array of bizarre shapes and symbols are available to create a personalized map key, and can be utilized however the player likes. As long as the borders are correct, the rest is open to individual interpretation. The whole process of finishing a map and unlocking the ability to jump floors is a strangely satisfying one, and the 3DS’ touchscreen works perfectly for such a mechanic, lending Fafnir Knight a kind of meditative feel. Until, that is, a big fight arrives.

Combat is the familiar turn-based RPG style, but decent enemy design and a variety of skills at your disposal keep things compelling. Tackling the regular, everyday enemies of the various strata in Fafnir Knight is a breeze, even for someone completely unfamiliar with the kind of system implemented in the Etrian Odyssey series, but FOEs and (especially) bosses take things up plenty of notches, and require a moderate understanding of patterns and weaknesses, along with party strengths. There are jarring difficulty hikes that don’t seem paced well with the rest of the game, something suffered on the last few stages especially. For those having trouble, grinding to achieve higher levels can certainly help, but it’s a lengthy and tedious process, and toward the end a very frustrating level cap greatly hinders those who still aren’t quite understanding the intricacies of the combat from moving on. It’s an unnecessary limitation, and while the difficulty level can be lowered at any time to get past tough spots, the “easy” setting is just a ridiculous cakewalk and feels almost insulting. Still, at least it’s available to players wanting to just walk through and see the rest of the story, and while these jumps in challenge in the standard mode can stymie the quest for a bit, they rarely feel absolutely insurmountable, and the sense of accomplishment from overcoming these gargantuan beasts is extremely fulfilling.

There’s so much to do in Fafnir Knight, it can seem a little overwhelming at first, but the game does a good job of easing players into all its various side activities. Of these the most entertaining is the new fancy restaurant that the party is asked to help out with. Exotic ingredients found while exploring can be used to decipher ancient recipes and prepare dishes that have effects on the party, like HP recovery after each turn, and then they can even be advertised and sold to the ever-expanding town, giving your group a steady source of income. The proprietor, an anti-social food snob, is actually hilarious enough that she might deserve her own game. Loads of side quests and information are also available at the local pub; these are invaluable sources of level-building, and sometimes flesh out the story a bit more. On top of that, the new Grimoire Stones let the player mix, match, and trade ability-enhancing rocks that may hold just the edge the party needs for that latest jerk of a boss battle. With a little patience, even the uninitiated will find themselves at least having a basic understanding of all that Fafnir Knight has to offer, and well on their way toward that final stratum.

Dungeon crawlers can be tough nuts to crack, but Etrian Odyssey 2 Untold: The Fafnir Knight is one of the more accessible versions of this type of game. For those who always wanted to draw maps while fighting monsters but never before knew how, it represents a pretty decent jumping-in point. With an engaging cartography interface (something I never thought I’d write), a lengthy quest, and extras that are actually fun, Fafnir Knight should succeed in expanding the Etrian Odyssey territory.