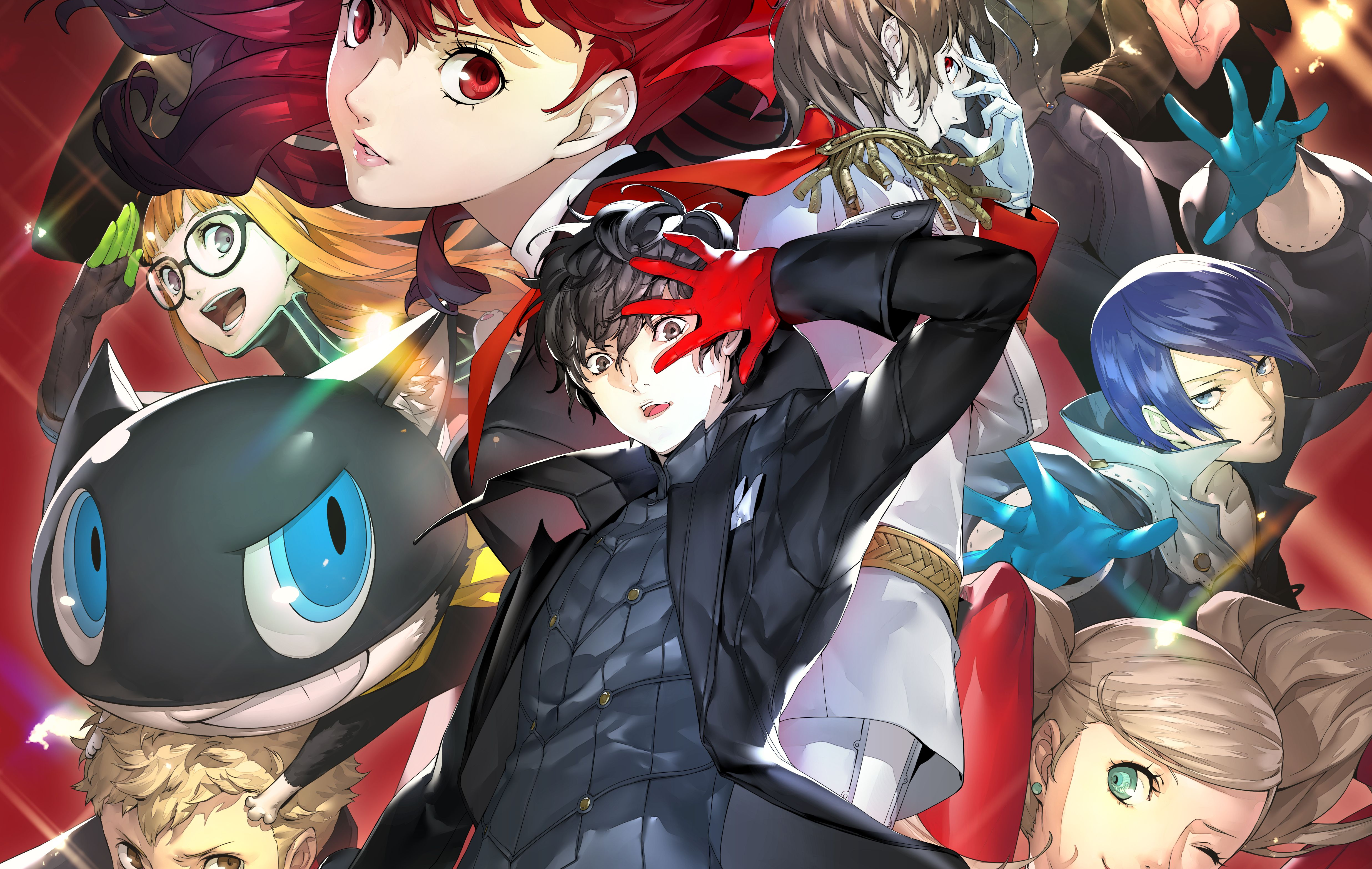 Navigating through the many Confidants in Persona 5 Royal can be a little overwhelming. With only a select number of time slots each day to hang out with friends and complete activities, it can be tricky to figure out which of the many Confidant stories are worth prioritising, and which can be safely ignored until much later on. On a first playthrough, players shouldn’t worry too much about the time restraints and hang out with whomever they wish — though it is strongly recommended to meet the third semester requirements — but for those who want some guidance, here are some of the most valuable Confidant abilities in Persona 5 Royal!

Available as soon as the Kamoshida Palace mission begins, Ryuji Sakamoto is one of the most valued members of the Phantom Thieves team. Not only is he a powerful asset in battle, but his Confidant abilities can make a huge difference in the long run. At Rank 7, Ryuji learns the Insta-Kill ability, which allows Joker to skip any battle with an enemy ten or more levels below him while getting full XP and money from the encounter as if it were fought normally. You can use Third Eye to check which enemies this applies to, as they glow green instead of the usual blue for low level enemies.

To make things even better, you can also get the mask of the enemy at the end of the Insta-Kill encounter, so long as there is space in your Persona Stock for it. Perfect for grinding low-level enemies in Mementos to gain a few easy levels in-between Palaces, it’s well worth ranking up Ryuji’s Chariot Confidant as soon as possible to make the most of these rewards. Combine it with Jose’s XP boosts from stamp collecting in Mementos, and you can level up Joker with significant ease.

Unlocked by entering the Velvet Room any time after the start of the Madarame Palace, the Strength Confidant works differently to most other Confidants in Persona 5 Royal. Rather than taking up time slots to rank up the Confidant, Caroline and Justine instead wish to see certain Personas with specific skills. They will tell you which Persona is currently required to rank up, and the levels of these Personas will slowly increase with each rank, so it is best to complete the Strength Confidant gradually as Joker levels up.

The benefits of ranking up the Strength Confidant are numerous. At Rank 5, Caroline and Justine will allow Joker to spend money to fuse Personas of a higher level than him, which can be an invaluable way of creating strong Personas earlier in the game. This is costly, but thankfully the Rank 10 ability reduces the cost. Moreover, the Strength Confidant’s Rank 8 ability opens up more Persona fusion options in the Group Guillotine, including Personas which require four, five or six ingredients to fuse. For those wishing to complete the Persona compendium and enhance their fusions, the Strength Confidant is essential.

Also available at the start of the Kamoshida Palace mission, Tae Takemi’s Death Confidant is a little trickier to complete than Ryuji Sakamoto’s Chariot Confidant due to multiple Guts requirements for progression. The rewards are well worth it, however, as Takemi sells some of the best healing items and accessories in Persona 5 Royal, including Invigorate accessories that can restore SP to party members each turn in battle. These are unlocked at Rank 5, in addition to getting a 50% discount at Rank 7, and having even just one of these powerful accessories can alleviate many of the early-game SP restrictions.

Takemi’s selection of healing items are also well worth looking into, with a mixture of individual and full-party healing items available as well as items that cure status effects and revive allies. Her stock expands as the Death Confidant ranks up, and while the Guts requirements for completing Takemi’s Confidant story can be a nuisance, you only need level 2 Guts to progress all the way up to Rank 7. This means you can enjoy the benefits of Takemi’s 50% discount at Rank 7 early in the story, and then return later with level 4 Guts to reach Rank 10 and unlock the full Takemi Clinic stock.

It may sound like a joke, but the Temperance Confidant is one of the most valuable in all of Persona 5 Royal as it can save Joker precious time as the story progresses. If you can get past the initial awkwardness of your homeroom teacher moonlighting as a maid who cleans Joker’s bedroom for a fixed fee of 5000 yen per night, Sadayo Kawakami’s Temperance Confidant is well worth investing in. The Temperance Confidant does require level 3 Guts to start, but the Rank 1 ability immediately allows Joker to slack off during Kawakami’s classes in the afternoon, essentially granting a time slot which was not previously accessible on specific days.

This new time slot can be used to read a book, study to gain Knowledge, sleep to randomly boost Confidant points with one of Joker’s friends, or craft a small number of infiltration tools. Additionally, at Rank 5 Kawakami will let Joker slack off during other teachers’ classes too, which can be an excellent way of catching up on reading to gain more social stat points while saving time elsewhere. Kawakami can also perform basic tasks for Joker at Rank 3, such as doing laundry, which gets expanded at Rank 6 to include crafting infiltration tools and more. Finally, her Rank 10 Special Massage allows Joker to bypass the usual exhaustion from going to the Metaverse, reclaiming the lost time slot the day after Palace infiltration or Mementos visits. Overall, the Temperance Confidant is exceptionally useful and worth the investment.

The Moon Confidant is all about increasing XP gains for Joker and his friends during Metaverse exploration, making it a must-have for new players. Unlocked automatically following the conclusion of the Kamoshida Palace arc, Yuuki Mishima can be ranked up by completing his Mementos requests and returning to him for a reward. These requests are given via text, and the Moon Confidant is guaranteed to rank up each time it is available, making it even easier to complete than many other Confidants in Persona 5 Royal.

The main benefit to ranking up the Moon Confidant is the Rank 10 ability which grants backup party members the same XP gains as active party members, meaning no individual party member will ever get left behind if they are not used often enough in battle. Moreover, Mishima’s Rank 3 ability is a flat increase to XP gain in battle, which is further boosted upon reaching Rank 7, making the Moon Confidant perfect for those wishing to avoid too much grinding in Mementos in-between the main story Palaces.

Toranosuke Yoshida’s Sun Confidant is by far the most obscure Confidant in Persona 5 Royal, requiring jumping through multiple hoops before any of his abilities can be acquired. Starting from the conclusion of the Kamoshida Palace arc, Joker can go and listen to Yoshida’s speeches at night in Shibuya’s Station Square, but he remarks that you need more experience before he will teach you anything. After applying for the job at the Beef Bowl shop and working there twice, Yoshida notices the player’s effort and the Sun Confidant starts the second time Joker listens to his speeches following this work experience.

Once all the requirements are met, the Sun Confidant is easy to rank up, following the same rules as the Moon Confidant in that rank ups are automatic each time players spend time with the Confidant. The major benefits of the Sun Confidant come at higher ranks, such as the Rank 8 ability to occasionally skip demon negotiation and automatically gain the mask, as well as the Rank 10 ability to negotiate with demons that are a higher level than Joker. This is invaluable for gaining high-level Personas during Palace exploration, especially dangerous red-aura Shadows which tend to be a much higher level than every other enemy.

Finally, the last Confidant that every new Persona 5 Royal player should rank up is the Councillor Confidant, introduced during the story following the conclusion of the Kamoshida Palace arc in May. Takuto Maruki is the school counsellor, hired to listen to the students’ problems following traumatic story events, and there are numerous benefits to ranking up this Confidant. Not only will Maruki grant important boosts to Joker’s SP and give him free healing items, but this Confidant is required to access Persona 5 Royal’s third semester content, so reaching Rank 9 before the sixth Palace deadline in November is strongly recommended.

In addition to these bonuses, Maruki will also grant some extremely useful combat abilities, such as Detox X at Rank 2 which grants a chance for Joker to recover from status ailments instantly. At Rank 3, the Councillor Confidant grants Flow, another chance-based ability which can give the party Charge and Concentrate effects at the start of a battle, shifting the balance of battle strongly in Joker’s favour. Rank 5 is a further chance-based ability to regain SP when Joker’s stamina gets low, and the rest of Maruki’s abilities raise the chance for these abilities to trigger during battle. Combined with access to the third semester content, the Councillor Confidant is absolutely essential.

There are many more Confidants for Joker to discover in Persona 5 Royal, but each of the Confidants listed above will greatly enhance the Phantom Thieves experience for new players heading into the Metaverse for the very first time. Just don’t forget the golden rule: take your time!