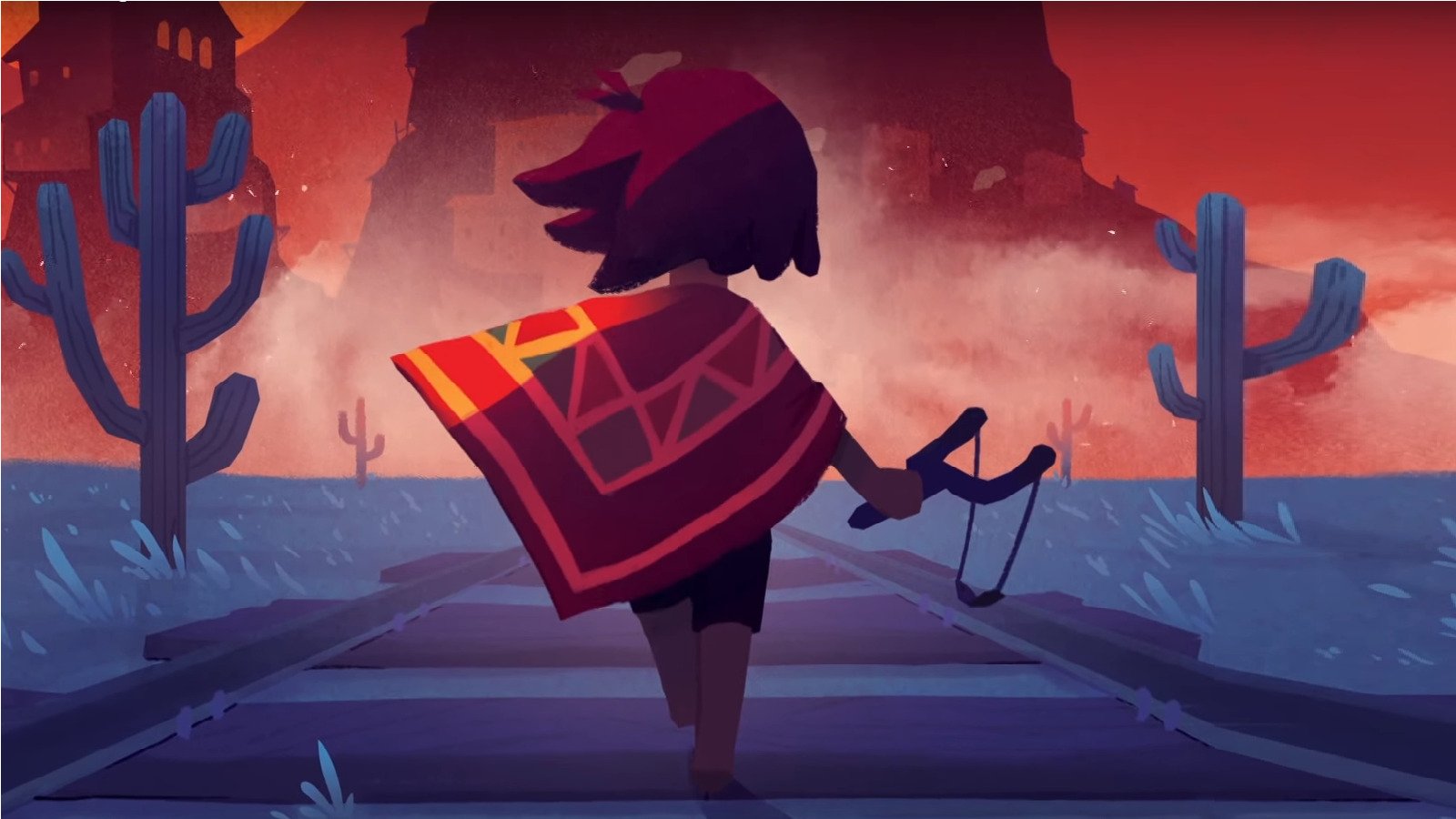 Westerns are instantly recognizable. Isolation, loneliness, and justice all have a role to play, in everything from Deadwood to Red Dead Redemption. In El Hijo: A Wild West Tale, co-developed by Honig Studios and Quantumfrog, themes take a backseat to gameplay. In this stealthy sneak-em-up, the game doesn’t so much engage with western tropes as it asks the player to avoid them. The result is an experience that still engages with common themes of the western genre but through a less bloodthirsty filter.

Set in a dusty red landscape full of sunlight and shadows, El Hijo is gorgeous to behold. The music is stirring, and the opening cutscene promises a dramatic adventure. After a seemingly deadly betrayal during the dialogue-less introduction, the eponymous El Hijo is dropped off at a monastery by his mother. From there, the adventure alternates between El Hijo, dodging past monks and bandits, and his mother, sabotaging those who hurt her family. The settings are varied, and each one looks ripped from the pages of a pulp paperback.

While mostly set in a dusty red desert, there is innovation sprinkled throughout the many chapters of El Hijo. The first area, the monastery, is enormous, with gardens, libraries, and even a crypt to sneak through. The structure is far from just a big empty church and actually gives players a sense of the work required for a monastic lifestyle. In fact, every area is surprisingly large. The game encourages players to find multiple routes to reach their goal, and gives them the tools to do so.

The core gameplay in El Hijo differs wildly from what players might expect based on its screenshots and setting. Seeing bandana-ed bandits shooting it out with the law betrays the notion that the player will actually be participating in said shootouts. Instead, the player must use their wits and a heavy dose of patience to guide El Hijo from one screen to the next. NPCs that players must skirt past have vision cones and a limited sense of awareness of their surroundings, and success depends on how well El Hijo (or his mother in a few select areas) can navigate without being seen or heard.

The sneaking itself feels good when it works. Levels are full of shadows for El Hijo to hide in, and in the more sun-drenched areas, there’s always a crate to duck behind or a pot to dive into. Half the fun is zooming out the screen and plotting a route through an area full of NPCs. The stakes never feel particularly high- getting caught simply results in being sent back to the last checkpoint the player passed through- but it’s still a thrill to make it through an area without being detected. However, there’s some jank that makes stealthing not feel as intuitive as it should.

Like any good stealth adventure, El Hijo gives the player tools to distract NPCs. They’re pretty kid-friendly (this isn’t Dishonored, no razor-wire dismemberment traps to be found), ranging from El Hijo’s signature slingshot to a wind-up soldier that can draw the attention of multiple characters. These tools are well-implemented overall but occasionally, due to bugs or shaky interface, the player won’t be able to predict the effect of a particular item, resulting in some situations where they might be seen unexpectedly. Once seen, it’s pretty much over, as El Hijo’s short legs don’t let him run very far from those chasing him. Once the player starts encountering armed bandits, even running away ceases to be an option; a bandit will draw their pistol and shoot into the air, stopping El Hijo in his tracks and restarting the encounter. But even with limitations, the novelty of sneaking past the action in a western is enough to be compelling.

While El Hijo‘s core mechanics never quite match up to the drama teased by the intro, there are enough interesting things happening to justify the conceit. Each chapter is a western-themed playground to weave through, but beyond aesthetic, El Hijo doesn’t really bare its teeth. For those hoping to experience the depth of western themes with the unique mechanics of a stealth game, they may leave El Hijo disappointed.

Instead of shootouts, showdowns, and shots of whisky, El Hijo asks players to sneak, and occasionally solve some rudimentary puzzles. The stealthy take feels fresh throughout, as the game constantly changes locations and drip-feeds the player new tools to use. While limiting, especially in regards to open-world western epics like Red Dead, El Hijo mines plenty from its premise. The focus of the game’s design is admirable, and while some might want a western with more bite, El Hijo is content to let the player engage in stealth mechanics minus the cynicism prominent in many westerns.

The only optional collectibles in El Hijo are NPCs that the player can encounter. In nearly every area, there are a few children, whether it makes sense for them to be there or not. In the monastery, this makes sense, as does the player’s interaction with them. Usually, these children are in hard-to-reach areas; for example, a child might be lighting candles in the monastery’s chapel, surrounded by friars or monks who are ensuring that the child isn’t slacking off. When the player meets them, El Hijo can “inspire” his fellow children, by playing with them or making them laugh. This has a certain amount of logic in the opening areas of the game, where the kids presumably live under the care of the monks in the monastery and would love a change of pace from their chores and tasks.

Inspiring children makes less sense when they’re literally in chains working in a bandit camp. Why not free them, instead of teaching them to juggle? It’s a startling contrast, to go from making a child’s day brighter by distracting them from their boredom to seeing them in peril and not offering them material help. The player would also be more compelled to seek out those children in the far corners of later levels if they knew they were being freed from their chains, instead of merely “inspired”. It’s an oddball choice that feels a little off. Even a simple animation of a shackle being unlocked or a chain being broken would go a long way towards making finding these optional children feel urgent and necessary.

Other than that glaring issue, El Hijo is fun to play and gorgeous to look at. Between chapters, there are occasional animated scenes that really pop, though the story doesn’t go more than surface-depth on any of the themes available. There is no meaningful engagement in the story with death, class, or race, which might feel like a missed opportunity for those itching to see those themes portrayed in an indie setting. However, El Hijo is still an enjoyable ride, and for players who want to sneak around gorgeous and detailed environments, they’ll more than enjoy their time.

El Hijo is available now on Steam and GOG, with upcoming ports to Nintendo Switch, PlayStation 4, and Xbox One arriving later down the line.

Rosalina in Super Mario 3D World is an Amazing Addition

Conker’s Bad Fur Day— Simply One of the Best