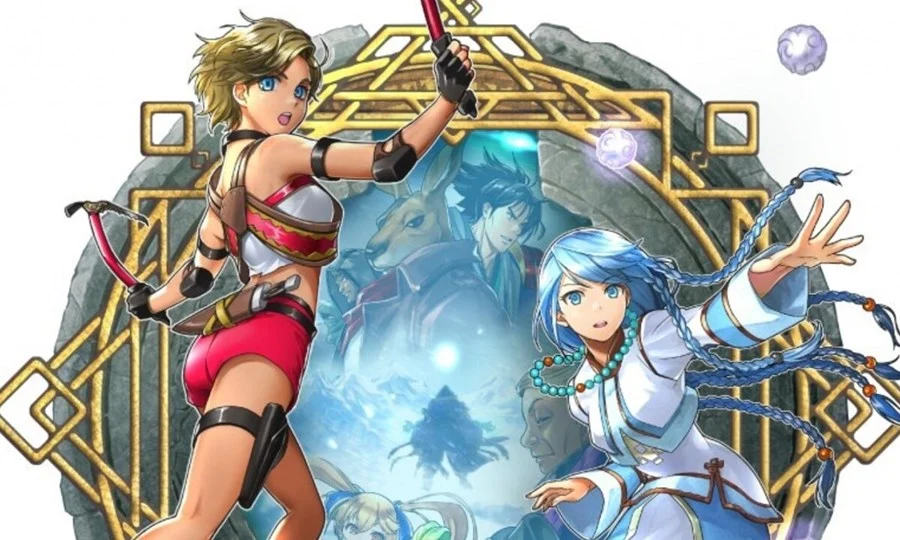 As the age-old saying goes: you never know how popular a niche video game genre is until a legacy video game creator announces a crowdfunding campaign to revive a series under a completely different name. Sometimes these projects are wildly successful; occasionally, they are disastrous. And still other times, campaigns result in Eiyuden Chronicle: Hundred Heroes, a years-later follow-up to the Suikoden series of JRPGs. But Hundred Heroes isn’t slated to come out for another year. In the meantime, impatient fans can make do with Eiyuden Chronicle: Rising, a prequel game set in the same universe as Hundred Heroes that is meant to kick off this new franchise. While not exactly the next great innovation in action RPGs, Eiyuden Chronicle: Rising is a serviceable offering.

The Grind, and Nothing but the Grind

If the above paragraph sounds like muted praise, well, that’s because Eiyuden Chronicle: Rising does many things exceedingly well, and many other things in the most generic way possible. It is a dungeon crawler where the player moves through bland environments to battle bland enemies (how many slimes, gargoyles, and direwolves must be slain before fantasy game designers invent new mob creatures?) and gather up hundreds of pieces of loot before returning to a slowly-expanding hub town to incrementally upgrade equipment before setting out and doing the whole thing all over again. But despite the repetitious dungeons and less-than-stellar combat, there is an undeniable charm to the world and a slickness to the grind that makes the hours melt away.

Eiyuden Chronicle: Rising‘s appeal can largely be attributed to its characters and worldbuilding. Main character CJ, an honorable scavenger, is out to prove her worth to her family by finding the biggest treasure she possibly can, by any means necessary. Her travels take her to the Runebarrows, ancient ruins underneath and around the dilapidated town of New Nevaeh. Though she’s only a teenager armed with a plucky attitude, a bleeding heart, and a pair of pickaxes, CJ manages to win the trust of the town’s acting mayor, Isha, who has taken over leadership duties from her missing father. As she scrounges for loot, CJ will also use her strength and abilities to help the inhabitants of New Nevaeh and make the town thrive. After a few dungeon excursions, New Nevaeh transforms into a bustling mini-metropolis, replete with sidequest-dispensing NPCs who always seem to be missing four or five pieces of a specific piece of ore that only CJ can find.

There are basically two activities to perform in Eiyuden Chronicle: Rising. CJ can explore the town and earn stamps, or enter dungeons to battle enemies and fill up her pack. Stamps are basically the end result of sidequests; NPCs hand them out like candy, provided CJ can satisfy the requirements. Mostly, they’re fetch quests. New Nevaeh’s townsfolk are scared to leave the safety of the walls, and so gathering building materials, recipe ingredients, and certain key items falls to CJ and her party. It might seem trite to boil down this game to entering the town and leaving it, but that’s truly all there is to it.

Again, this is nothing that a player who is a fan of games like this hasn’t seen before. But the presentation makes Rising pop. There are seemingly dozens of characters to befriend, keeping in line with groundwork laid by Suikoden and Suikoden II. CJ is affable and friendly, and soon enough is linked up with another party member, the beastman Garoo. Where CJ is stereotypically wide-eyed and eager, Garoo is stern and no-nonsense. A mix between Auron from Final Fantasy X and any other gruff wanderer-type from any number of games and anime, Garoo provides a nice comedic balance to CJ’s endless pep. Isha eventually joins the party, completing the trifecta and rounding out the group’s combat capabilities.

Combat isn’t anything revolutionary. The action takes place on a 2D plane, making things pretty straightforward. Only one character can be controlled at a time. CJ is agile and fast, Garoo is strong but slow, and Isha can zap enemies from afar with her magical abilities. What does feel unique is that every character is mapped to a different face button, making it easy to swap between characters like everything is a tag-team battle in Marvel vs. Capcom 2. Though every character only has one main attack, there is some variety: after upgrading equipment, characters can attack in different directions, and elemental lenses can be equipped to exploit enemy weaknesses and to break specific colors of barriers. Swap characters during attack animations and CJ’s party will perform powerful Link Attacks, smashing enemies into dust. Every character has a unique special ability as well, like CJ’s dash or Garoo’s block, making it semi-important to consider who is being controlled at any given moment. Defeating enemies earns CJ and her crew experience points, and with enough of those, they’ll level up and increase their stats.

Swapping between characters feels good and battles are fast-paced, but fights themselves are rarely challenging. Though it is common to be stunlocked into oblivion or to whiff a Link Attack because an enemy moved just slightly out of reach, it is simple to spam healing potions to recover or to even just run past enemies entirely. CJ can apply buffs to the party in town that last until the party perishes or she rests in town for the night, but as there is little reason to rest outside of story necessity, it is easy to leave the party buffed up and go dungeon diving again and again. After a few equipment upgrades, most combat feels utterly trivial. Running through dungeons becomes rote, even with the hook of trying to uncover the mystery of what happened to Isha’s father or trying to fulfill CJ’s goal of securing simply enormous treasure.

And yet, there is enough here to make the grind feel pleasant. Eiyuden Chronicle: Rising is a pretty low-impact experience, particularly on Nintendo Switch; combat, even against screen-filling boss monsters, never feels very high-stakes as save points are frequent and the checkpointing is fairly generous. Sidequests may rarely go beyond “enter one part of town, find NPC with a big blue exclamation point over their head, interact with them, give them whatever loot they’re missing, receive reward”, yet CJ’s insatiable enthusiasm for doing good deeds and her relentless desire for more and more stamps manages to smack a given player’s dopamine center repeatedly.

Character designs and portraits are uniformly excellent, with the beastpeople being the big standouts. Who wouldn’t fall in love with Hogan, a human-sized lizard wearing a cowboy hat, or a dashing parakeet-person obsessed with all things shiny? NPC dialogue feels contemporary, so who knows how well the game will age, but it’s funny and tells the player what they need to know. Navigating the town of New Nevaeh is simple thanks to well-implemented fast travel, and keeping track of sidequests is just a pause button away.

There is something to be said for playing an undemanding game, though some players may long for more robust combat. There is little to none of the depth of other sidescrolling action titles like Hollow Knight or Salt & Sanctuary here. Exploration is similarly banal, limited to mazelike environments where progression is locked behind differently-colored doors that can only be opened with the appropriate elemental attack. Even loot collecting feels stripped-down; players automatically collect any loot they come into contact with, vacuuming up supplies until their bag is completely full, to be emptied and stored upon exiting whatever dungeon they happen to be in. But the entire experience is still extremely playable.

It may sound like damning with faint praise, but Eiyuden Chronicle: Rising is the perfect game to play on a handheld during a sports game or rewatch of a favorite sitcom. It’s breezy, but something about cranking through dungeons and amassing great stores of loot while slowly rebuilding a town feels satisfying. It remains to be seen if or even how much the mechanics and worldbuilding of Rising will impact Hundred Heroes, but the universe that is established in this title is certainly worthy of being revisited.