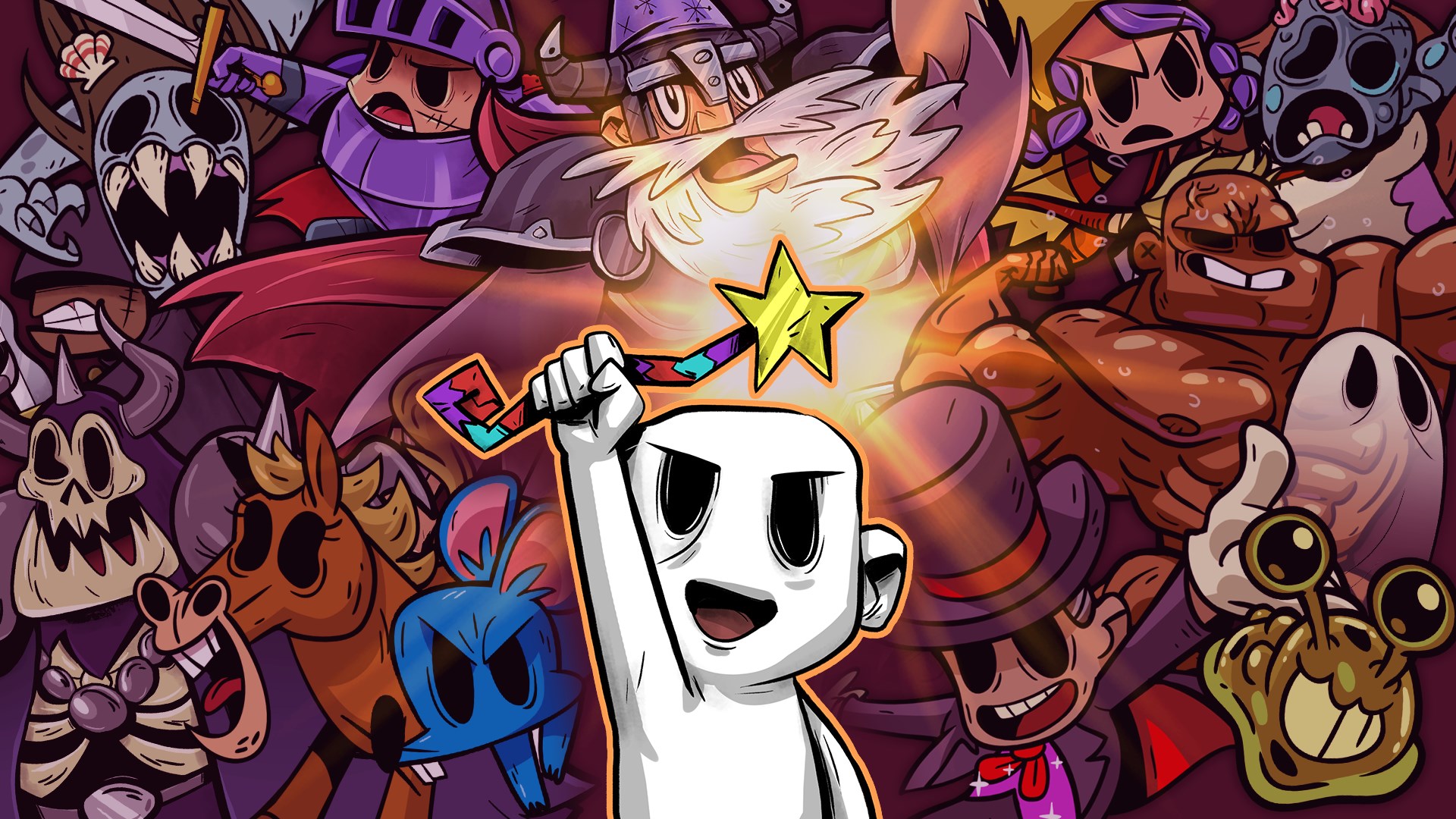 Nobody Saves the World Indie Snippet

Delving into a new role-playing game is always a daunting prospect. Learning new systems, meeting a vast cast of characters, and coming to grips with an endless stream of quests can be challenging. But in Nobody Saves the World, the latest from Drinkbox Studios, players meet those challenges with ease. Fun, funny, and surprisingly gripping, Nobody Saves the World is a unique take on dungeon crawling and action RPGs that appeals to fans of the genre, and those just getting their feet wet.

Nobody Saves the World wastes no time thrusting players into the action. After waking up in a shabby shack with no knowledge of how they arrived there, the titular Nobody (some kind of magical, human-shaped construct) is dumped into a cell courtesy of wizarding blowhard Randy the Rad. The powerful mage Nostramagus is missing, and Randy isn’t taking any chances dealing with a Nobody. However, what Randy doesn’t account for is Nobody’s signature ability to change forms, with the help of a magic wand. After transforming into a rat and sneaking out of the cell through a hole in the wall, Nobody takes it upon themselves to figure out just what happened to Nostramagus, stop the encroaching Calamity and maybe, just maybe, save the world.

The way to do that? Lots and lots of dungeon crawling. Players are tasked with assembling a magical gem out of five separate shards. Each shard is at the bottom of a dungeon, and only by defeating hordes of enemies will Nobody be able to succeed. Much like other isometric action RPGs, Nobody Saves the World assigns attacks to the four face buttons (provided the player is using the recommended controller setup). But Nobody’s base form is weak, hardly capable of combat. Only by inhabiting different forms, mastering their attacks, and mixing-and-matching passive and active abilities does Nobody stand a chance. Changing forms and mastering abilities is the secret sauce of Nobody Saves the World.

Unlocking different forms is simple. In every form, Nobody receives quests to complete. Quests are basic, often tied to simply using attacks that form already has, like poisoning 50 enemies using the rat’s gnaw ability. Complete enough quests, and that form ranks up. Rank up enough times, and more forms become available. The feedback loop is instantly understandable and satisfying. Every form is more ridiculous than the last, from the shambling zombie to the top hat-toting magician. There is a sort of nineties cartoon sensibility pervading the proceedings, a perfect blend of gross and cute that makes the world feel extremely cohesive.

The world is stacked with fantasy and gaming tropes, but the writing sets Nobody apart. Drinkbox games have always been funny, but the humor here is an absurdist blend of mockery and earnestness that is extremely winning. Every NPC has jokes, and even the landscape itself is comical. Instead of dungeons and side dungeons being mere holes in the side of a mountain, each one is a chance to showcase something fun or shocking. Players can explore the inside of a dead dragon or even crawl inside a Monstro-sized whale. Some dungeons even feature modifiers that vastly change how combat is approached, forcing the player to think creatively to survive.

This all might sound fairly typical, but the speed with which players unlock forms and how easy it is to swap abilities and skills is what makes Nobody Saves the World addictive and replayable. Once players earn the ability to multiclass, every form change feels like an opportunity to come up with a fun blend of abilities. Do players take the form of the speedy rat, but tack on the soldier’s ability to do a big stomp? Do they roll around in the mostly useless form of an egg, just for laughs? Or do they rank up as many forms as possible as fast as they can, to unlock the absurdly powerful dragon form? Finding a favorite form is half the fun, and spec-ing out a build never disappoints.

In a world rife with copycats, Drinkbox Studios always surprises and delights. Rather than reinvent the wheel with a brand-new RPG, they have instead refined the grind in a way that truly never feels boring. Similarly to how Guacamelee and its sequel took the familiar tried-and-true elements of a 2D Metroid and remixed them, Nobody Saves the World fully understands its influences and aims to recreate them for a new audience. Players who have dumped hundreds of hours into the Diablo series will feel right at home here, and likely pleased with Drinkbox’s twist on the formula.

Side quests are plentiful but players never feel the weight of an icon-filled map crushing them down. Everything simply feels manageable in a way that few RPGs really grasp. Players constantly feel as though they are progressing. Time never feels wasted, no matter how long or short a play session may be. The phrase “respecting the player’s time” springs to mind while playing through this game. Everything feels designed to propel the player forward.

Saving the world is a daunting prospect. No matter which fantasy world is in danger, it is inevitable that someone, somewhere will have to rise up from nothing to combat the evil at hand. Nobody Saves the World proves that even in the face of overwhelming odds, there is fun to be had.

Nobody Saves the World is currently available on Steam, and Xbox Game Pass.