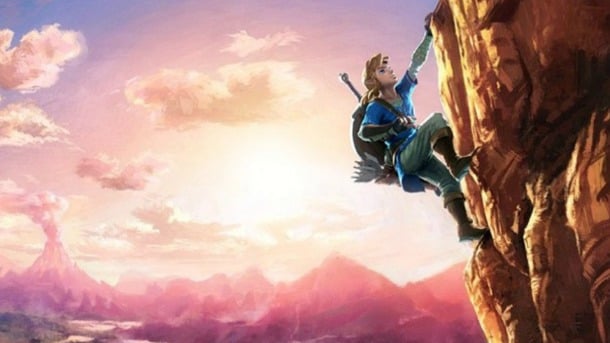 Nintendo has had a largely successful E3 this year in 2016, unveiling the new Zelda title, Breath Of The Wild, and further showcasing Pokemon Sun and Moon. With the success of Western RPGs such as Elder Scrolls: Skyrim and Fallout 4, has Nintendo broken from its stubborn past and taken concepts from successful games, and adapted to the new environment?

The unveiling of The Legend Of Zelda: Breath Of The Wild has excited video games fans the world over. It’s a completely new concept to the previous Zelda titles, which had a much more rigid storyline, and a very linear approach (not that there wasn’t side quests and other activities to partake in, but the storyline and the necessary approach to complete it was very much one way or no way). Now the imagination of the player can be enhanced in the theatre of Hyrule; many childhood dreams would come true for those who fell in love with Link the moment he rose on the Famicom Disk System in 1986. The relentless map to conquer, the beautiful animation, and the enchanting history that will no doubt be intertwined in Breath Of The Wild will no doubt leave fans social lives in ruins. But this also remains the least ‘Nintendo style’ Zelda game ever revealed to us, no longer is Nintendo secluded in its own universe.

This isn’t to say this is the first time Nintendo has been inspired by Western RPGs, arguably Fantasy Life had some parallels with Western RPGs with the ability to roam and become your own person, but not to the same extent as Breath Of The Wild is expected to. Skyrim has undoubtedly set the tone for all future RPGs; it was a breathtaking achievement. It absorbed you into a new universe, and you were remarkably in control of that universe. You were exactly what you wanted to be, where you wanted to be, doing what you wanted to do; and that’s where our imagination should take us. It is these elements that Nintendo is taking from Western RPGs like Skyrim, and that’s as far as it should go. Nintendo needs to remain Japanese at its core. 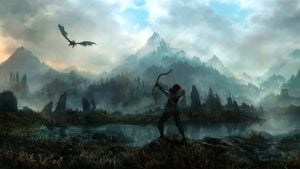 From the gameplay that has been shown at E3 2016, it would appear that Nintendo got the balance just right for Breath Of The Wild. The Western influence remained subtle and only enhanced what was already great about The Legend Of Zelda. Hopefully, this will be just the beginning for the release of the Nintendo NX in March 2017, with games subtly influenced by the West, but remaining with a core Nintendo value. Many games could benefit from a successful Breath Of The Wild, notably Pokemon which has been linear for far too long.

A Pokemon game in the style of Breath Of The Wild would be groundbreaking and transform the series more so than Generation Two did. Harvest Moon could also benefit from such a situation, where it might not be so linear, it’s very enclosed in a small map with an often very repetitive nature of the gameplay. Opening Harvest Moon up to a larger map, with different regions, would transform the game; a desert region where you could tame camels and bring them back to your farm would be such an example of an idea. 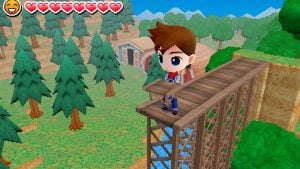 However, going too far would be damaging. We don’t need another Playstation or another Xbox, we still need Nintendo. This is where influence is different to imitating, and inspiration is different to mimicking. Nintendo doesn’t need to prance around as the Cowboy from the Village People. From what we know of Breath Of The Wild, it’s got it just right. Enough Western influence to draw parallels with the likes of Skyrim, but also enough Nintendo to retain the magic of the stories that were told to us before. It’s going to be exciting to see what develops in the future at Nintendo, and which direction it will pursue when the Nintendo NX is officially unveiled. This is a make or break moment, and like a phoenix, this could be the rebirth of Nintendo that the world has been waiting for.