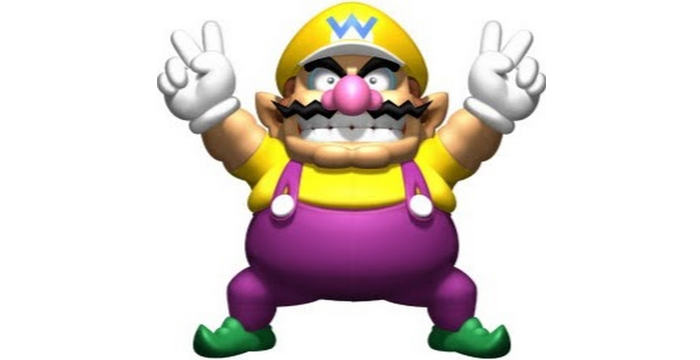 Nintendo has a multitude of different mascots that all serve different purposes. Mario is the free and easy guy that will happily see his name on any old rubbish – golf, tennis, football, parties – you name it, Mario will oblige. Pikachu is there as a mascot for games primarily aimed at young kids, as nothing says sensible child-care like an electrified mouse. And Kirby is there for whenever Nintendo has a crazy gameplay idea and decides it needs to use an IP nobody cares about to experiment on.

So what is Wario’s role? His role is eye-candy. For decades now  Nintendo has lured us in with the pure, unadulterated sex-appeal of this meaty hunk. Let’s relive some of his most sexy moments:

He first appeared as the villain in Super Mario Land 2: 6 Golden Coins, waiting in his castle for the final showdown with his plumber adversary. In this appearance, he is sporting the ‘head-half-the-size-of-his-body’ look that was so popular in the early ’90s. This emphasizes his best features: his crooked nose, his manic eyes, and his chin so straight you could use it as a spirit level. A sexy spirit level. Unfortunately, his frame is mostly hidden here, not displaying his full psychical prowess. But he does appear to be twice the height and width of Mario. What he may lack in quality he certainly makes up for in quantity. This is perhaps his most doughy appearance to date, but still has incredible jumping power and agility. One can only imagine the power of those thighs he has it his disposal.

Wario got a make-over when he became the face of the WarioWare series, a collection of idiosyncratic mini-games that has now appeared on numerous Nintendo systems. For these, he sports his now iconic biker attire. The gloves are a fantastic addition, emphasizing his muscular knuckles, while the tight, ripped jacket and shirt combination gives him an air of reckless nonchalance. This is, without doubt, his most ‘cool’ appearance, a look that says “yeah, screw the haters, I’m Wario. Fight me.” My only real problem with this style is that his head-size is notably decreased, which is a shame. However, he makes for this with pure sass, teasing the player constantly throughout these games. Treat them mean, keep them keen.

In a game literally everyone has forgotten about, Wario was the star of his very own 3D platformer on the GameCube, and his body was redesigned with this in mind. However, the third dimension isn’t kind to Wario, with this appearance being like his mid-life crisis years. Without beating around the bush, here he is incredibly fat and small, but in a way which makes him look like a tall person that has been slowly crushed from above. The top of this his body is remarkably flat, which can only be put down to some sort of industrial accident (that would also explain the helmet in his previous guise). But it’s not all bad, as he has a mighty mustache-twang in this game proving that nothing is more attractive in a man than facial-hair physics. As well, Wario World is all about collecting gold, and Wario collects a whole lot of gold in this game. And as we all know, money = power, and power are sexy. 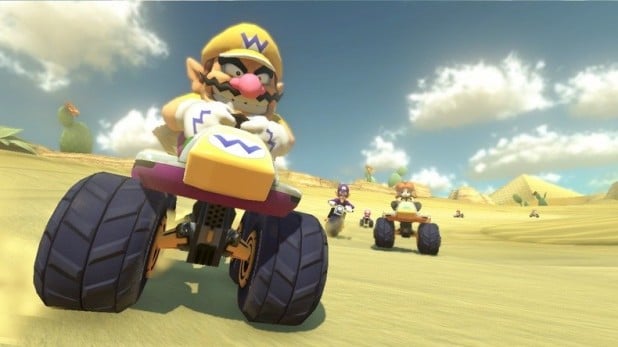 Another thing that is very sexy is driving a swish car. Wario loves nothing more than rocking up to the club in his silver Mercedes with his specially made glider that has his own face on it. This is his way of promoting his ‘brand image’, and you can see this across the many courses he has lent his name to – Wario Stadium, Wario’s Gold Mine, and even his own mountain in Mario Kart 8. Nothing says sexy like land-ownership, but this would be ignoring his driving skills, which also make him irresistible. Watching his blubber ripple whilst watching replays in slow-motion is one of the most powerfully erotic sights ever known to man.

Nintendo doesn’t know what they have in Wario, without doubt, the sexiest video game character ever to be created, and they should harness that. Maybe a version of Bayonetta with Wario as the star, complete with camera crotch shots and naked kill moves would fix that. Or maybe he is captured by Bowser for Mario to rescue and make-out with at the end of his next adventure, becoming a full object of desire. The power is your hands Nintendo. The power of sexy.