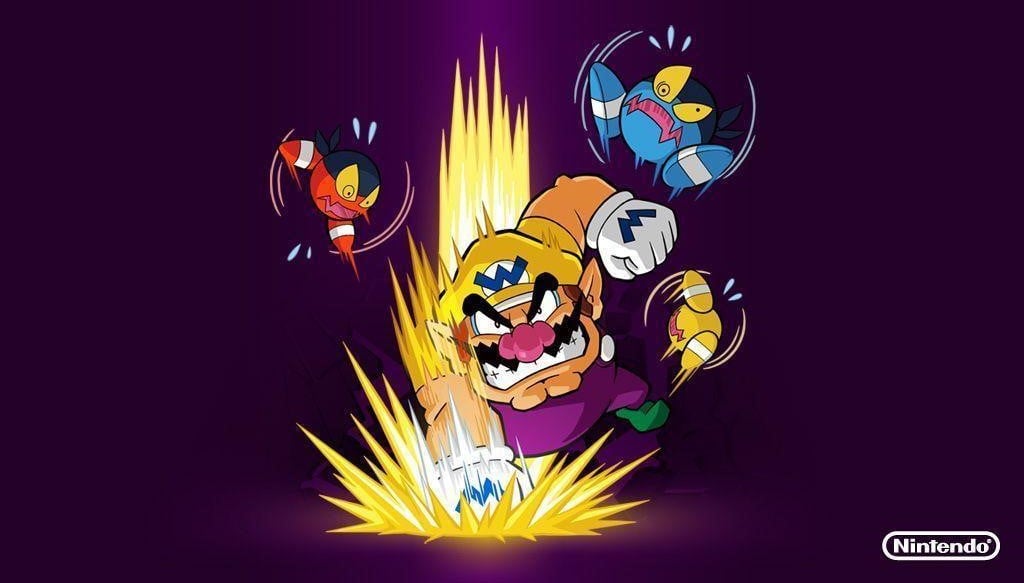 There are few series that have gone through as many drastic changes like this one, both for better and for worse. This is my personal ranking of the eight best WarioWare games from worst to best, and as always, feel free to let me know what you think of my list on Twitter!

Easily the worst of the bunch, WarioWare: Snapped was a DSi downloadable game that used the system’s camera as a sort of poor man’s Kinect. Players would have to set the DSi on a table in front of them while the camera films their movement. A shadow displays on the screen that mimics your movements in order to complete the microgames, however, it doesn’t work nearly as well as the developers intended. Setting the system up to accurately read your movements is impossible, and even when the setup goes well, the microgames themselves are a different story. Not only are there barely any in the game, the ones that are there aren’t fun at all. This clearly feels like an awful attempt at a tech demo for the DSi’s new camera feature, however, the technology just wasn’t there. It’s still available to buy on the 3DS e-shop, but I certainly wouldn’t recommend purchasing it. 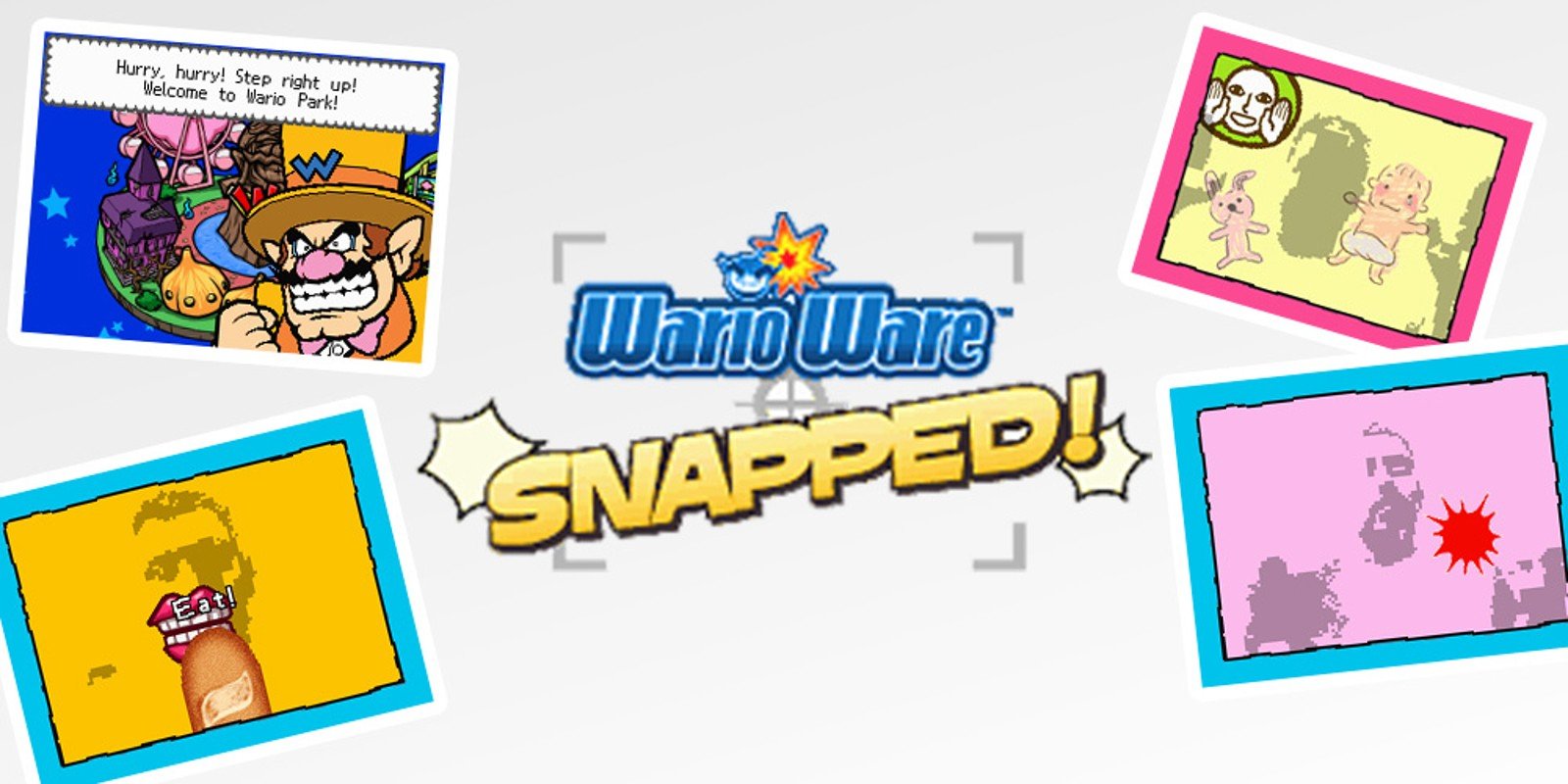 Some people do not consider this a WarioWare game due to the fact that it’s a minigame collection rather than a microgame collection, however it technically falls within the series due to the world and its characters. When Game and Wario was announced for Wii U, fans were extremely disappointed that it wasn’t a true WarioWare game. A minigame collection seemed like a cheap cop-out to show off the new hardware, and that’s really what the final game felt like. The single player games are completely forgettable, however, the multiplayer suite is pretty fun. The best game on the collection is Fruit, which has one player using the gamepad screen to try and steal fruit under the noses of the other players who are watching the action on the TV. It’s an absolute blast with the right crowd, and it’s a shame that it’s not available as a standalone game elsewhere. 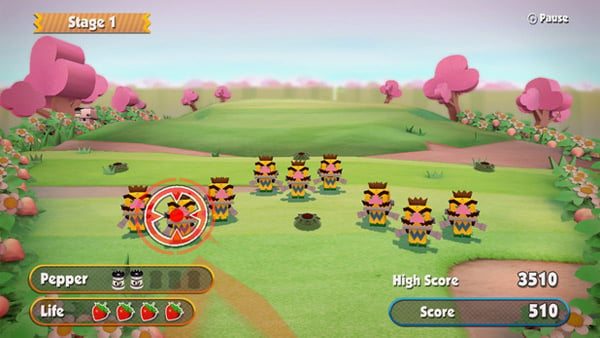 By far the most ambitious title in the franchise, WarioWare D.I.Y. tasks players with creating their own microgames as well as playing some pre-installed ones. The tutorials do an amazing job of teaching you how to create microgames, even though it does take some time to completely learn the ropes. It’s a blast to come up with new ideas and share them with friends, but this does come at a cost. The games are much more limited in scope; only the tap function can be used on the DS. Since they were all created with the in-house game maker, they seem repetitive and shallow compared to the other true entries in the franchise. It’s a neat idea that caters to more creative players, but it was certainly not what longtime fans of the series were expecting. 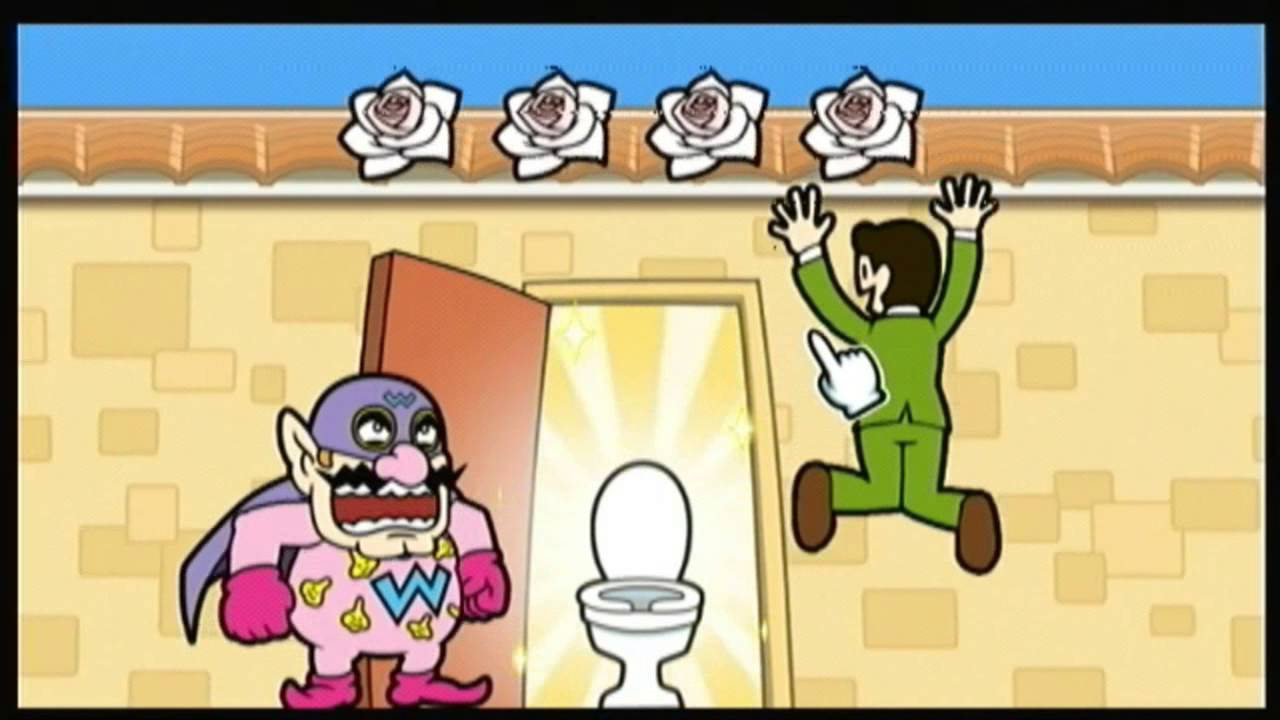 Released early on in the life cycle of the Nintendo DS, WarioWare: Touched focuses on taking advantage of the unique hardware features the new dual screen system brought to the table. Microgames involved tapping and dragging on the touchscreen as well as blowing into the microphone. Despite the new features, the content is a bit limited compared to some of the other entries in the franchise, especially in the extras department. The side games just aren’t as fun as the ones featured in some of the games higher up on this list, but that doesn’t mean it’s a weak entry in the franchise. It’s still just as solid and fun to play today as it was when it first released. 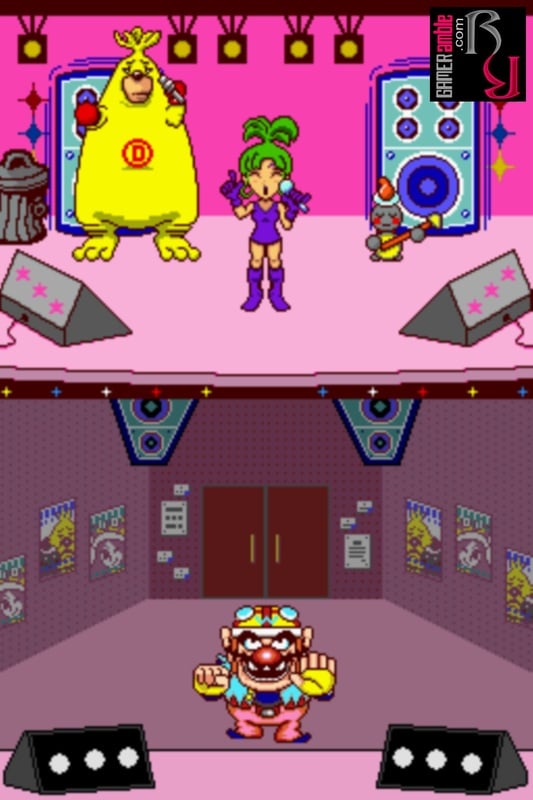 Smooth Moves is by far the most popular entry in the franchise for a variety of reasons, one of which was the fact that it was released early on in the Wii’s lifecycle during the height of its popularity. Its microgames featured motion controls that were separated into different “forms.” The game would instruct the player to hold the Wii remote in a certain way before the start of a microgame, which fit the overall image that most Wii games were going for. The normal single player mode was overshadowed by an absolutely stellar multiplayer experience featuring a variety of different game modes. The best part? Most of the modes can be played with only one Wii remote. Passing the controller around with a large group of people is an absolute blast, especially since one of the modes allows up to 12 players to participate. Smooth Moves put the franchise on the map for a lot of players, and it’s definitely one of the most important entries in the series due to its incredibly wide appeal. 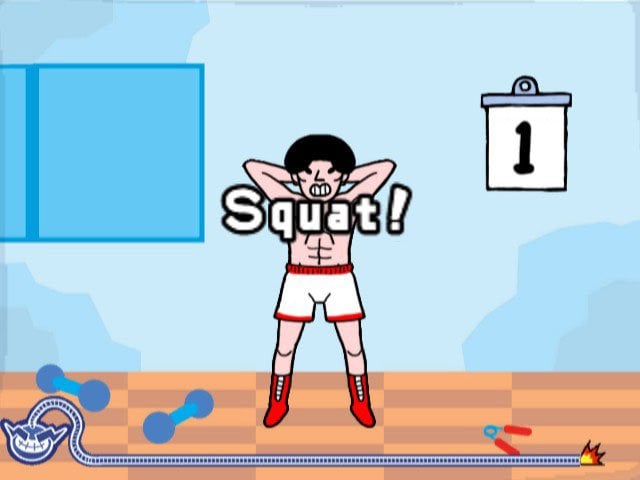 The newest game in the WarioWare series acts more like a “greatest hits” edition rather than a completely new game, which is both good and bad. Even though the game includes over 300 microgames, most of them are from past entries in the franchise. Series veterans may be underwhelmed by the amount of new content, however, what’s here is certainly the cream of the crop. Blending many different gameplay styles into one experience is also incredibly convenient for handheld play, as the 3DS can implement touch, button, motion, and mic controls with ease. Gold also includes full voice acting for the first time, which is admittedly hit or miss. A lot of the early personality traits given to the characters in past entries just isn’t implemented well here. That being said, it’s hard to ignore the game’s insane amount of quality content, especially if you’re new to the series. 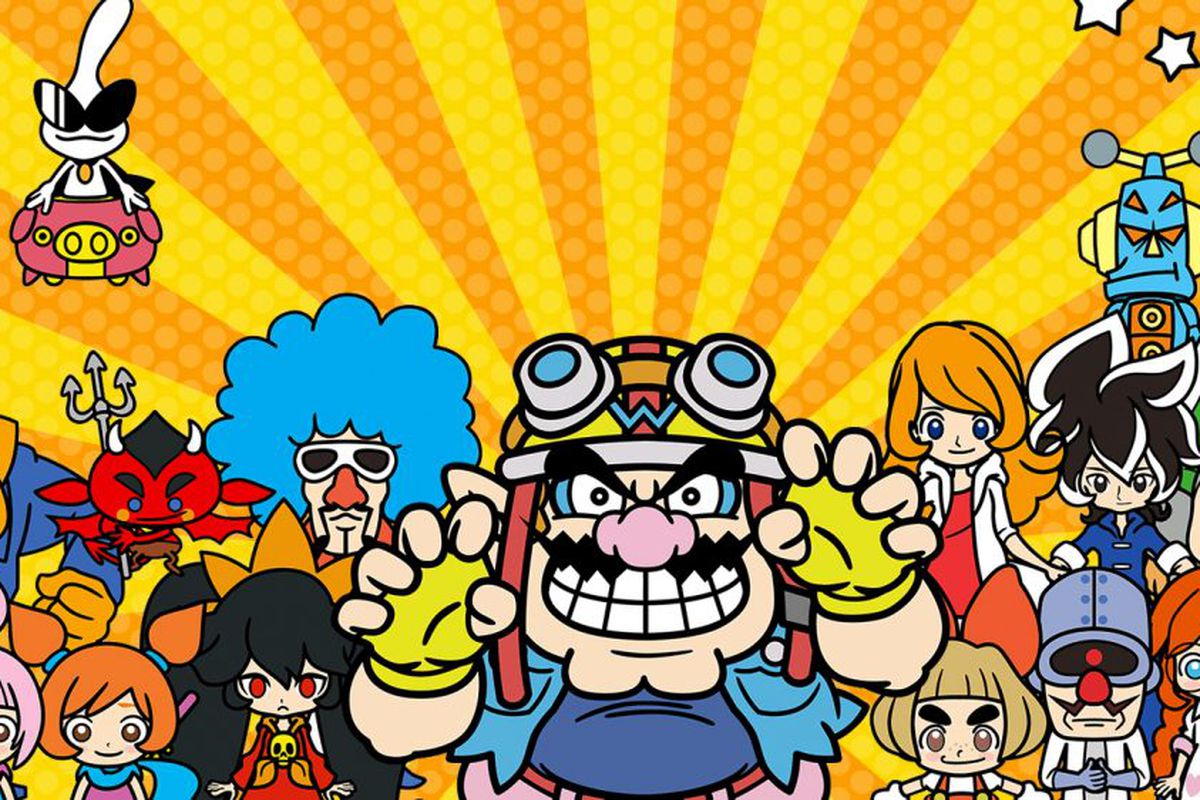 The franchise’s opening act also happens to be one of its very best. Nintendo released this title without expecting too much, as it was just such an incredibly experimental idea. However, due to its uniqueness and fast-paced gameplay, the game became an instant classic. WarioWare Inc. didn’t have any gimmicks like motion controls or touch screen inputs, meaning that all of its games were played using only the directional pad and the A button. The games were also organized by themes rather than controls styles, such as Mona’s theme being weird games and Jimmy’s games being sports ones. This type of organization made it fun to unlock new characters and see what types of games their stage would have, especially since this was the game in which all of these characters were introduced. The whole game had sort of a surreal vibe to it that it honestly quite unlike anything else out there, and it did an amazing job creating the WarioWare universe and giving each character a distinct personality.

Fans of the franchise may have already seen this coming, but it’s hard not to place Twisted at the top of the list. Released for the Game Boy Advance after the original game, Twisted incorporated gyroscopic technology in order to add motion controls to the WarioWare experience. The end result turned out perfectly, as the controls always felt tight and responsive. The game was filled with over 200 brand new microgames that took full advantage of the new control scheme while also improving upon the previous title in every conceivable way. A plethora of extra games and toys were added to the game as well, which added a ton of replay value to an already stacked experience. The tone of the game was also similar to the original game, which seems to have been lost as more and more WarioWare games released. It’s such a fun title that some consider it to be the greatest handheld game ever made and shouldn’t be skipped by anyone looking for a unique gaming experience. 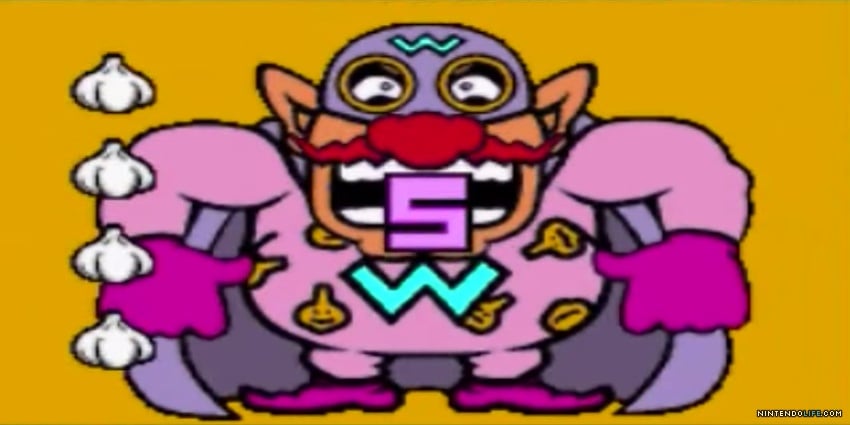