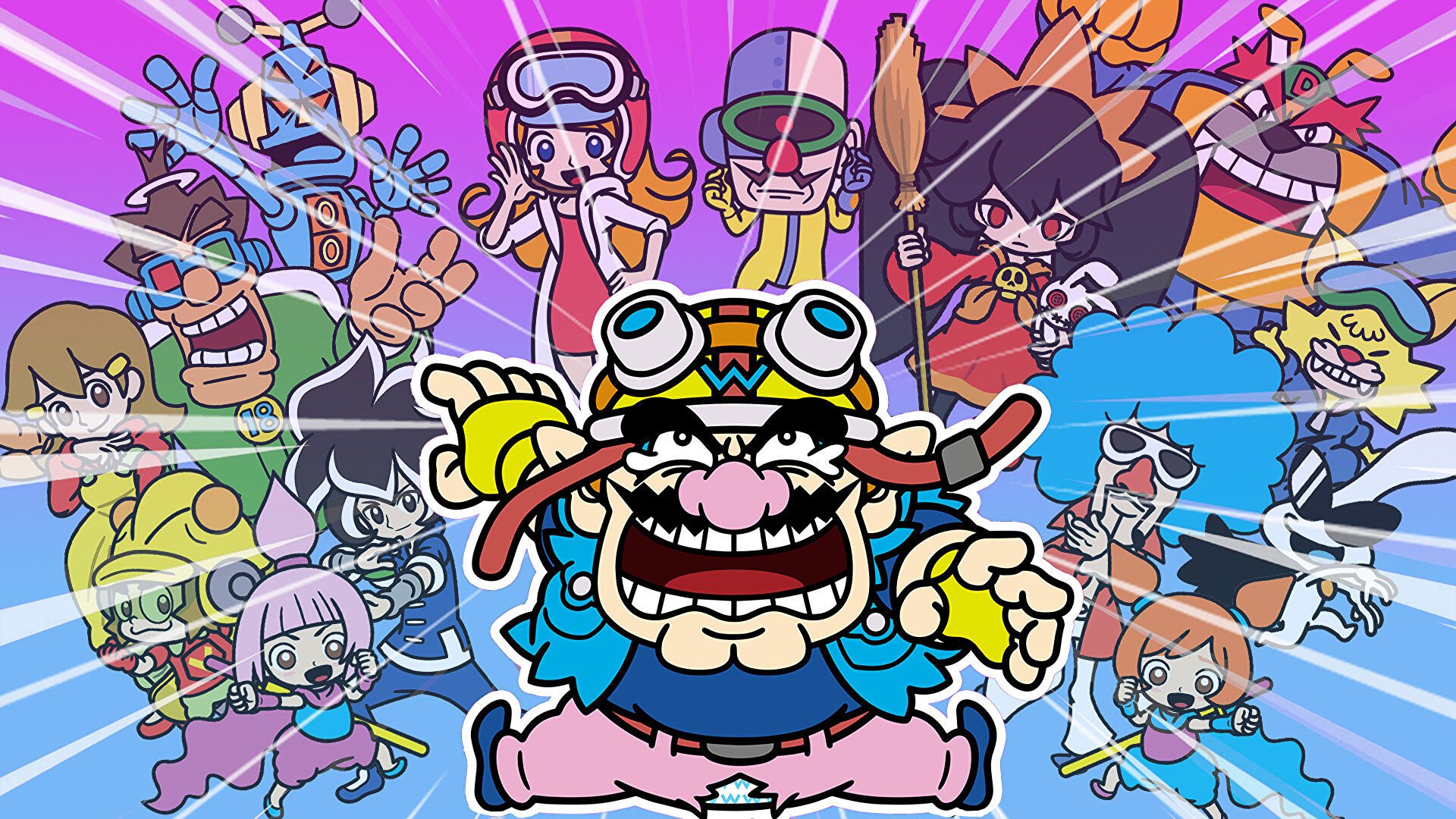 WarioWare: Get It Together! Nintendo Switch Review

After eight different iterations across several different systems, the WarioWare franchise finally makes its way to the Nintendo Switch with WarioWare: Get It Together!. Packed full of intriguing new ideas, this latest entry is yet another great multiplayer party game. While certainly not perfect, WarioWare: Get It Together! is frenetic and fun, easily accessible for video game experts and novices alike. Most importantly, it is designed to keep players engaged long after every microgame is experienced.

Get In The Game

It would be tough to have Wario for a boss. He’s always yelling (“wah”-ing?), constantly complaining about not having enough money. He probably reeks of garlic and definitely seems like the sort of boss who would constantly be looking over his employee’s shoulders. His studio, WarioWare Inc., is successful, but then there’s always the issue of workplace safety, which Wario frankly ignores at the start of Get It Together!. Just when WarioWare Inc.’s latest game is about to release, Wario and his entire development team are sucked into the game itself. While certainly not what anyone anticipated, this may have been a blessing in disguise. Once inside the game, Wario and his friends (colleagues? coworkers?) discover numerous bugs that are mucking up how the games are supposed to function. Every level is completely bogged down by these bugs, so while Wario and his crew are in the game, they figure they may as well squash ’em.

In Get It Together!‘s story mode, Wario and friends progress through several stages to crush out bugs and rescue everyone who has been sucked into the video game world. Progression is simple: clear a set amount of signature WarioWare microgames, each themed around a character’s tastes, before engaging in a slightly-longer-than-micro boss challenge. Once a stage is complete, a new character is added to Wario’s crew, and becomes playable for future stages and microgames. That’s right: in Get It Together!, there is an entire cast of different playable characters. But these are not mere palette swaps; each character has their own unique movement and abilities that completely change how microgames are played.

The classic WarioWare microgame was a revolutionary concept when first introduced in 2003, on the Game Boy Advance. Distinctly different than minigames featured in Mario Party, the microgame is defined as being quick, sometimes as short as five seconds long. The rules are often no more than two words shouted out right before the timer begins: “Collect All!” “Defeat All!” “Plug It!” In Get It Together!, these 2D games may be simple, but they are never boring. How can they be, when they’re over before the player even has time to process what they just played? During story mode, the time to beat each microgame grows shorter and shorter until the player is operating on pure lizard-brain adrenaline. Microgames are rude, crude, and even occasionally lewd, but their simple mechanics are memorable and fun.

Disappointingly, WarioWare: Get It Together! never takes advantage of any of the unique features of the Joy-con. Gone are the touchscreen delights of the DS WarioWare games or the motion controls of the Wii version, Smooth Moves. Instead, players control characters in each microgame, and there is only ever one action button to worry about during any given game.

It’s a rush, and best enjoyed with more than one person. WarioWare: Get It Together! very much begs to be experienced by more than one player at a time, and this leads to some of its best and most baffling design decisions.

Should they so choose, players can complete the entire story mode with two players. In doing so, they’ll experience each microgame together. Some are easier to pass with two, and some are more difficult, but what truly makes or breaks each game are the characters. Unlike other WarioWare titles, there are over a dozen player characters in Get It Together!. They are the heart and soul of the game, and simultaneously make things more difficult and more fun.

It might not seem possible to make movement on a 2D plane for games that last, at best, ten seconds long feel distinct and different. But Get It Together! proves that doing so might be the next logical step in all future WarioWare experiments. By giving players so many different options, Nintendo has managed to make the vast collection of over 200 microgames feel even more varied. For example, Wario can perform his signature shoulder bash to the left or right, and can fly around using a jetpack. But disco-loving Jimmy can attack and move in any direction by simply tapping the action button. 18-Volt can’t move on his own at all, but has a rapid-fire ranged attack that is massively helpful and can grapple to a ring if one appears in a game. Each individual in the 20-person cast is a fan favorite who has appeared in past iterations. They each have strengths and weaknesses, and choosing a crew to make it through any given stage is massively fun.

Oddly, the Variety Pack, which contains Get It Together!‘s various 4-player modes, is locked until players complete the story mode. While it is entirely possible to clear story mode in under two hours, for a game so focused on multiplayer, it seems like an odd design choice. But truthfully, the four-player options in this particular WarioWare are not the game’s greatest triumph. The entire Variety Pack is strange, seemingly at odds with everything that makes WarioWare as a franchise so memorable. Instead of brief, frantic games that are over before the player can process what they just saw, the Variety Pack games are overly long and weirdly finicky. Worst of all, they simply aren’t very fun. While it provides some multiplayer novelty, on a system with Super Smash Bros. Ultimate and Mario Kart 8 Deluxe providing excellent 4-player couch co-op, there isn’t much of a reason to return to anything in the Variety Pack.

A two-player slew of microgames is much more fun to complete than any of the 4-player options in the Variety Pack. If only there were an option to add to the chaos and include four players in Story Mode; but as it stands, two players in Story Mode is madness enough. There is already enough visual insanity and sensory overload happening during regular gameplay, and adding additional players to the mix might be too much even for Wario.

Much more exciting is the Wario Cup, a single-player option that nonetheless plays to the very idea of multiplayer chaos. In the Wario Cup, accessed from the main menu after a few Story Mode stages are completed, players have the option to compete in weekly challenges against others from around the world. There are leaderboards, and while the challenges so far are simply microgames with set parameters, it’s still a thrill to earn a high score and to see where it stacks up against others.

WarioWare: Get It Together! may be full of microgames, but Nintendo built this game to be completed over a long period of time. There is a ton to do, especially after finishing the Story Mode. Get It Together! shows that Nintendo is always interested in longevity, even in a franchise associated with the shortest possible games.

For completionists, the addition of the Missions option off the main menu will be all the incentive they need to keep playing. Keeping with Nintendo’s unique approach to achievements, Missions are easy to understand but still take time to accomplish. Some are as simple as playing specific games until the player receives a “game over”, while others require a bit more dedication. Completed missions reward players with in-game currency, which can be spent on continues in Story Mode or at the Emporium, a shop that sells prezzies which can be gifted to unlocked crew members in the Break Room. Every character reacts to these prezzies differently, and of course, filling out the prezzies compendium is a task unto itself.

Gifting items to characters also gives them points towards promotion; raise their promotion level, and players will unlock different color schemes and customization options for those characters. There is even unlockable gallery art for every character, and earning every piece of art is only possible by figuring out which prezzies characters like and dislike. It is addictive to raise crew members’ levels, and the cycle of playing microgames to earn coins to spend at the Emporium to purchase prezzies to give to crew members is mesmerizing. It’s a perfect gameplay loop, and easy to plink away at a few minutes and microgames at a time.

WarioWare: Get It Together! may not feature a riveting narrative or compelling character arcs. Wario is exactly who he has been for decades, a money-grubbing, garlic-loving lug with an attitude and a penchant for violence. But after spending time with his lovable crew of misfits and weirdos, players will want to do everything they can to see WarioWare Inc. succeed. For those on the fence, the free downloadable demo is a perfect encapsulation of what to expect. Spending time with Wario and friends may be short and full of yelling, but it’s a blast, and hopefully leads to more Wario weirdness in the future.