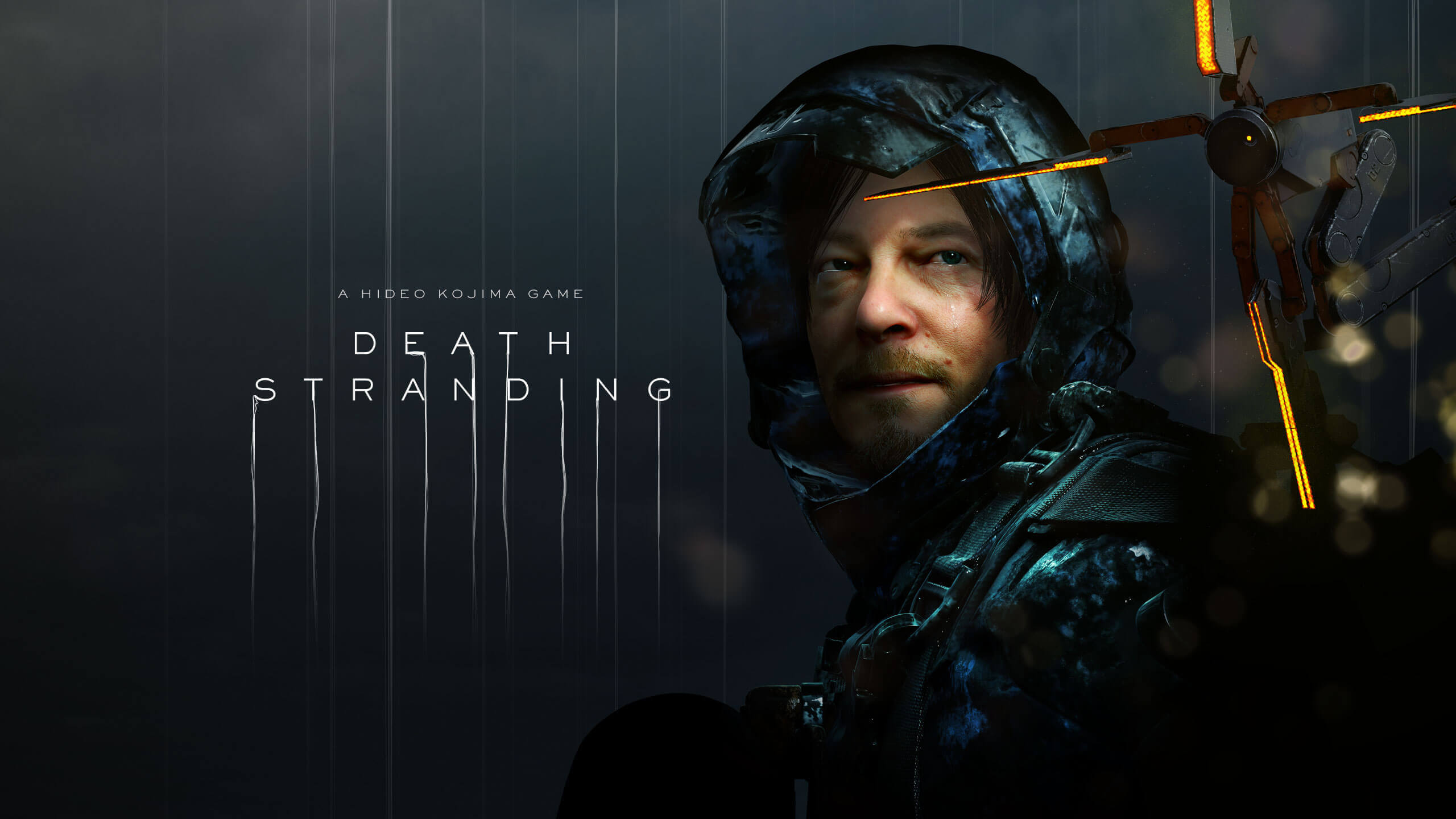 Video gaming as a medium has often been perceived as little more than a toy. Even with Nintendo pushing the NES as a part of the home and more than just a toy– a strategy they’d adopt again for the Wii– there are still many who see games as toys, rather than an expression of an art form. It makes perfect sense, though. If there’s one thing modern video game culture has pushed front and center this past decade, it’s instant satisfaction. As big-budget games embrace homogeneity, the medium’s priorities have shifted from capitalizing on its inherent interactivity to making sure gamers are never bored with their $60 toy. Reggie Fils-Aime famously said “If it’s not fun, why bother?” for a reason, but when every big-budget game is paced the same, structured the same, and plays the same, where’s the fun to be found?

It’s far too early to even assume what kind of impact Death Stranding will have on the medium & industry (if any), but as one of the last big budgets games to release in 2019, Hideo Kojima’s first crack at the “strand game genre” is a nice note to cap the decade off on– one that serves as an almost necessary palette cleanser as the medium heads into the 2020s. Death Stranding offers audiences a chance to breathe, to look at themselves in the mirror, and to reconnect. Not just with the world and others, but with a medium built on interactivity.

Hideo Kojima is often criticized for his cutscene ratio, to the point where it’s not unusual to see critics suggest he just make a film, but the fact of the matter is that most games do need a story. Not just that, video games have the potential to present a story better than any other medium. Readers and viewers can place themselves in the shoes of their protagonists, but a game makes the player become the protagonist. How we control our characters, how we play, how we interact with a virtual world– all this is a reflection of ourselves, one that only the gaming medium can offer.

Not that it often does, at least not meaningfully. Modern developers are afraid to lose consumer interest, and the increasing shift towards the “games as a service” model has ensured that gameplay loops are simple to pick up, simple to get into, and simple to stay into. Games are something to be played with– toys. And there’s immense value in that. Video games can be a fantastic way to reduce stress & clear one’s thoughts regardless of how they’re designed, but such an approach means that the average gamer is going to be accustomed to gameplay loops that are structurally derivative of one another.

On the flip side, there are the games that prioritize narrative too much, or simply devalue their own gameplay with extraneous content. From Hideo Kojima’s own gameography, this is a mistake he clearly made with Metal Gear Solid 4: Guns of the Patriots. Even from this decade, it can be argued that what little importance Metal Gear Solid V: The Phantom Pain placed on the story ended up hurting it in the long run because it distracted from the core gameplay loop. There’s a reason so many developers follow similar game structures and build off similar foundations: they’re reliable, they get the job done, and it does result in great games. Both The Last of Us and God of War (2018) are clear examples of how mechanically homogenous & predictable games have gradually become this past decade, but they’re still great games.

Death Stranding is one of the slowest AAA titles to release in quite a long time.

Death Stranding is most comparable to Metal Gear Solid V: The Phantom Pain and perhaps The Legend of Zelda: Breath of the Wild, but really only on the most surface of levels. Death Stranding has AAA backing, but it has the creativity and ingenuity of a modern indie. While AAA developers have lined up for uniformity, the indie half of the medium has arguably never been better. Those who grew up alongside video games are now developing their own, calling back to and even evolving forgotten genres. All the while, AAA games only move closer to the Disneyfication of movie production– hit all the key demographics, make it “accessible” for everyone, and make sure there are no real ideals or beliefs. No need to upset potential consumers, right?

It shouldn’t be forgotten that Death Stranding was backed by Sony and developed by a massive development team, but Hideo Kojima’s direction is far more in-line with the modern indie scene than that of his AAA cohorts. Death Stranding is one of the slowest AAA titles to release in quite a long time. It’s slow to start, slow to pick up, and even the core gameplay loop is slow. It takes hours before players get their first vehicle, and even longer before they finally get a weapon. Death Stranding saves its actual core gameplay loop for so late in the experience that it’s not unreasonable to suggest the game sees an entire genre shift halfway through. But that’s missing the point. Death Stranding’s “genre shift” is only going to feel so for those who don’t want to engage with the first half’s crawl– those who just want to play with a toy.

Of course, just wanting something simple and immediately engaging to play is fair enough. For working adults with limited time to play a game, in particular, but not every game is going to resonate with everyone, even if a game like Death Stranding is designed for anyone. Death Stranding seems inaccessible & foreign in a generation where every big genre release plays like the last, but between a myriad of difficulty options and an online system designed to make the player’s life easier– one that works & works well– Death Stranding takes the medium’s interactivity to its next logical step: connectivity. Real connectivity, though. A connection that goes beyond playing against or with someone for a few minutes.

In Death Stranding, players can leave a tangible mark on, and in, the world. Players can build structures for others, share with others, and just do something as simple as “liking” others. Those opening hours are incredibly valuable as– without the means to kill or fight back– players are forced to interact with the game world on a deeper level beyond combat. Death Stranding takes its time developing its gameplay loop, drip-feeding weapons, and concepts. Even the online component opens itself slowly, forcing players to understand what it means to be alone before they can forge real connections– with the world, others, or themselves.

This is what Hideo Kojima understands better than the majority of modern AAA developers: games can connect a feeling directly to the player. Death Stranding’s best moments (as any should be) stem from gameplay. Kojima’s storytelling is engaging as ever, but it exists to bolster the gameplay– as does the slow pacing, as does the aggressive enemy AI, as does locking out weapons for hours on end– everything in Death Stranding is ultimately in service of connecting players to Sam in a way that feels genuinely meaningful. Through Sam, audiences can observe an America that’s in ruins, but one that society is rebuilding.

As Sam reconnects America, opportunities arise to finish bridges for others, leave supplies in remote areas, or just warn of dangers ahead. It’s very Dark Souls-esque in nature, but with a gameplay loop that minimizes traditional action, Death Stranding is the rare AAA game that’s bold enough to embrace the medium and everything it represents, for better or worse. A video game interacts with an audience in a way that books and film can’t. Controlling an avatar is an intimate act and reflects us better than most might realize. Death Stranding recognizes this fact, turns its back on modern gaming mainstays, and attempts to reconnect the medium together.

Death Stranding is a slow game, but the longer path walked only presents an opportunity to reconnect oneself to the heart of gaming: interactivity.

AAA gaming and the indie scene shouldn’t be divided. A gameplay loop doesn’t need instant satisfaction to be engaging. Story and gameplay shouldn’t feel disconnected. Standard online multiplayer can be more rewarding when PvP elements are tossed to the wayside or even just outright ignored. Death Stranding resembles the average AAA title in many respects, but it allows itself to be eclectic, off-putting, & sincerely unfiltered– in regards to politics, human nature, video games themselves. Only time will tell if “strand games” will take off, but keep in mind that the stealth genre didn’t exist when the hit “action” game Metal Gear released for the MSX2 in 1987. As Death Stranding makes abundantly clear, everything changes with time.

The 2010s have not been a bad decade for the medium, far from it. The past ten years have seen truly legendary consoles and games come out of the woodwork, but it’s impossible to deny the shift that occurred (and had been occurring) in AAA game development– one that’s driven the medium far away from meaningful interactivity, where flavor of the month games long to be played for all eternity, like Toy Story-esque monstrosities given form. Death Stranding is a slow game, but the longer path walked only presents an opportunity to reconnect oneself to the heart of gaming: interactivity.