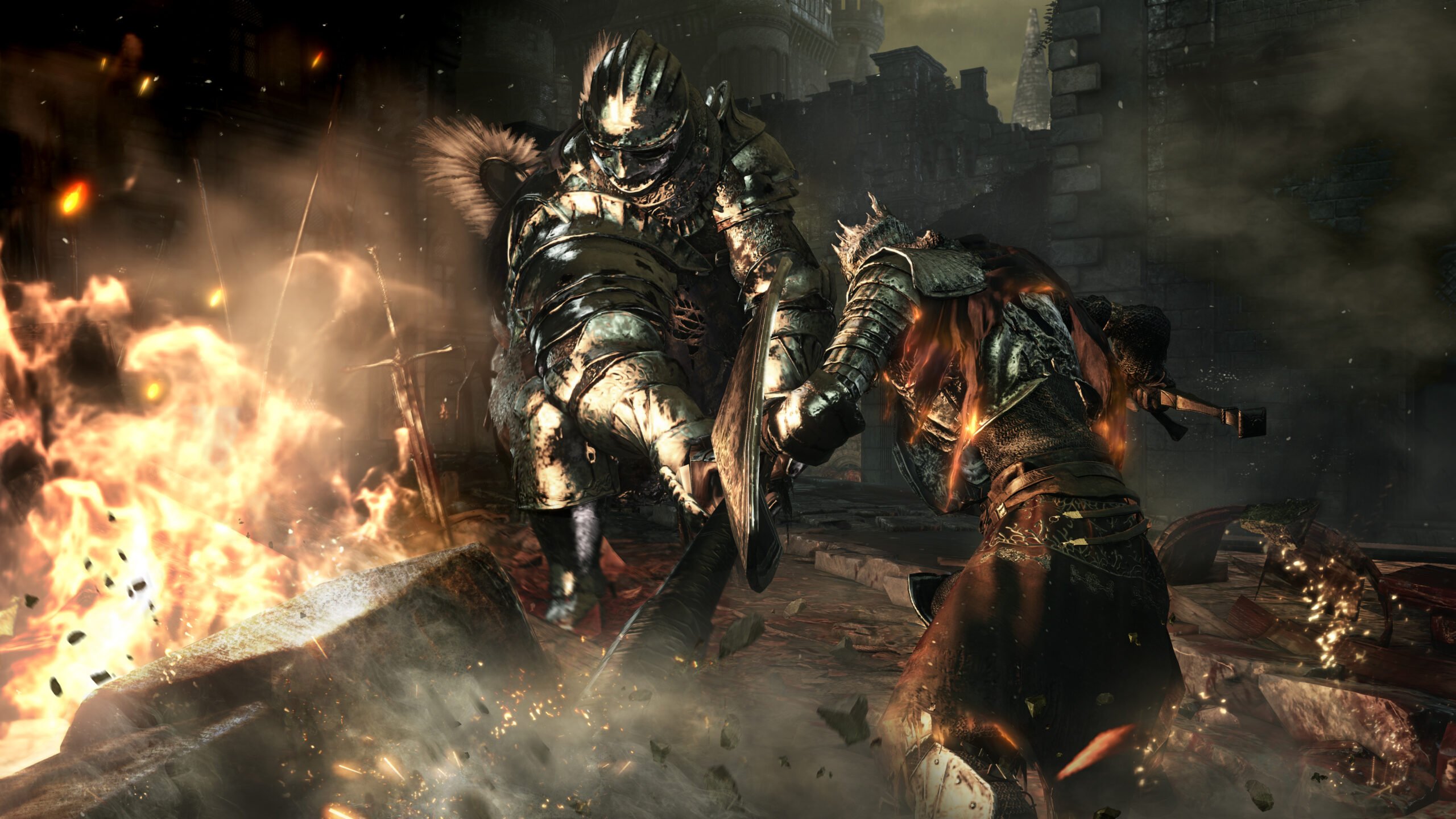 Note: To avoid spoilers for series fans, any and all specific statements on the gameplay given will only apply to the early areas. Things like bosses and characters mentioned will be encountered in the first couple of hours of play, and everything else will be left ambiguous. The more general comments on things like visuals, performance, and level design carry through to the whole game.

Dark Souls III is the first Souls game built ground-up for the next generation consoles, and it definitely shows it. The scope and scale of the game are even bigger than before, with areas and enemies that blow the player away in sheer terms of size. Despite this jump in technology, it stays firmly rooted in Dark Souls, which is exactly where it should be. It takes the more linear level design of Dark Souls II, which is a shame, but the gameplay and design of Dark Souls is all there, and the opening cutscene definitely takes cues from the game that made the Souls series what it is today.

Dark Souls III is beautiful, with some of the best graphics ever seen on the PS4. The animations have been tweaked, to give them a little more weight, and the game feels all the better for it. The bleak areas the Unkindled traverses through never fail to impress, and From Software’s art department should be commended. As should their programmers – despite the number of things on screen, the thirty frames-per-second target is adhered to. The stutter seen is a frame-pacing issue, and while it is not to do with the framerate itself, it can mess with the gameplay. Being a Souls game, it’s hard but fair, and Dark Souls III has the best tutorial for both Souls newbies and Souls veterans. For those new to the series, the tutorial is more forgiving, with enemies that telegraph attacks clearly and don’t lay traps (for a little while, at least). For veterans…the first boss fight will definitely be a surprise that you should experience for yourself. Dark Souls III prides itself on plenty of these surprising and shocking moments, some which scared me to the point of dropping my controller. The atmosphere never reaches the horrific levels of Bloodborne or repressive nature of Demon’s Souls, but definitely pushes you out of your comfort zone. Watch out for mimics, Ashen One.

The weapon design looks fantastic, and a truly admirable effort has been made to make each and every one feel different to play with – an effort that pays off. All weapons have a varied move set, that encourage different styles of combat. The armour is similarly creative, and each piece of equipment can be put to good use. The longsword move set is versatile and based around keeping at medium distance, whereas with dual scimitars, you’ll want to be as close as possible to your enemy. The addition of weapon arts drives home this emphasis on a range of play styles, and while you could go through the whole game without using them, they make a welcome addition to your arsenal.

The biggest difference in the design of Dark Souls III is that From Software have clearly taken a close look at their fanbase while building it, and have given them exactly what they’ve been asking for. One moment that really made me realize how closely they paid attention was when a character gave me a ring to give to a certain Loretta, a blue tearstone ring. Anyone who plays the Souls games can tell you that the blue tearstone is useful in the early game, but after the first couple of areas, is useless. It’s obvious from the implementation that From Software knew exactly what they were doing, giving a subtle nod to fans with such a seemingly small gesture. Unfortunately, the levels are rather linear. Exploration is, of course, heavily encouraged, with plenty of small items and equipment that will be easily missed by those without a keen eye. One problem with this type of level design is that not all people will have the courage to brave the optional horrors they see, and for some reason, the early game has only a couple of non-optional bosses. At one point, early on in the game, I went 6 hours before finding a single boss fight – and I only found a boss fight after that through exploration, not from natural progression. This kind of level design makes me pause, but fortunately, the bosses that are present are so spectacular and difficult that I found myself not minding much about the lack of them.