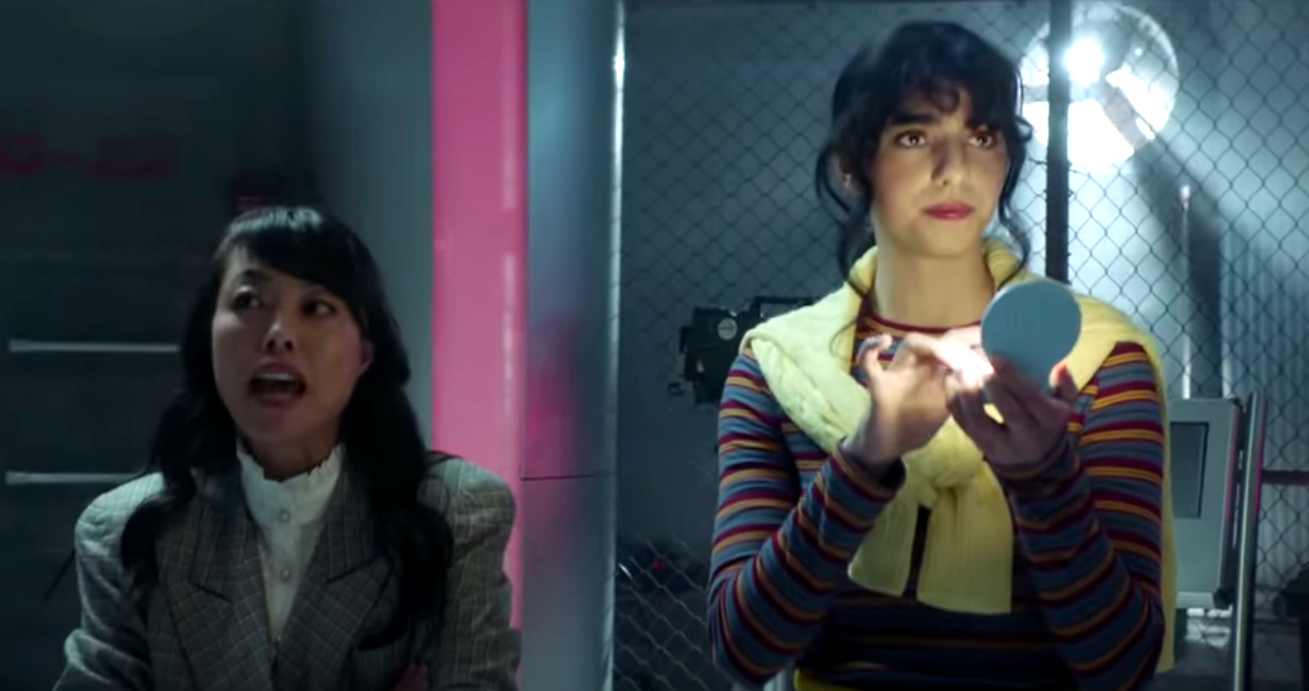 Everything you need to know about Devolver Direct 2022

Though we were promised a countdown worthy of the gods from the Devolver Digital 2022 trailer, our friend Suda51 wasn’t able to maintain his enthusiasm for very long. As the meta jokes got meta, Devolver took a long look into the abyss at itself as a publisher. “We’re a humanitarian organization,” they explained while deliberately devaluing themselves as a corporate entity. “We don’t make the games!”

As far as meta can go, Jupiter and beyond the infinite, that’s where Devolver Digital went this year. I mean, my God! Who knew moon houses would be announced at a gaming show!?! Who? If there was someone who did know, I wish Suda51’s IP-absorbing mech had done its duty and smashed their damn door down!

Of course, as time and space melded themselves into a cosmic gumbo of neverending crossovers, we also got the announcements of Tom Clancy’s Animal Crossing and Metal Gear Cooking Mama! Holy cow, who saw those cross-studio conglomerates coming!?

Naturally, this was all a bunch of wacky gibberish delivered in Devolver Digital’s signature style of total insanity. Still, hey, we were there for every dystopian corporate overlord minute of it. Long live the new flesh! Oh, and also, there were some sweet, delectable games too.

Here Are the Games!

As we may have alluded to above, the manic energy did occasionally ebb away for a trailer from one of the studios publishing through Devolver. Buttons were pushed, trailers were aired, and we all learned something about ourselves along the way!

Cult of the Lamb

Beginning with an ominous animated horror sequence, Cult of the Lamb leaned into the silliness of its premise with a super-duper happy cult before digging into the gameplay of the title. While the first bits look like a very metal version of Animal Crossing or Stardew Valley, soon the trailer turned to bullet hell bosses and fast-paced dungeon-crawling combat. This became a bit of a theme with these trailers, as many of them start off relatively straightforward before going off of the rails in a hurry. If you’d like some Diablo with your Zelda, this is the game for you. Look for it on August 11th.

Next up was some door-kicking first-person action with Anger Foot. Coming at you like a science-fiction techno fever dream, Anger Foot sees you as a green alien creature smashing your way into rooms full of enemies before swiftly murdering them all. The easiest way to explain it would be to call it an over-the-top 3D take on Hotline Miami. It’s hard to even imagine how crazy the lore is going to be behind this one, but it’s probably somewhere north of Oddworld: Stranger’s Wrath. Though no release date has been announced, this game is oozing with style and looks to bring a significant challenge as well.

The next Devolver trailer may have been a bit less exciting as Card Shark has already been released. We were lucky enough to score a preview of the game a few weeks back, and our reviewer absolutely loved what he played. In Card Shark, you have to master the trickery required to cheat your quarry without them discovering your tomfoolery, for if they do, they will surely make short shrift of you. In more modern English, you’re a dirty nasty cheat, and being caught will see you facing Death itself… at the card table. You can currently play the game on PC and Nintendo Switch.

This one looks like a lot of fun. The Plucky Squire begins by setting itself up as something of a self-referential 2D Zelda-like set in the pages of the storybook. However, new perspectives and gameplay styles emerge immediately from there, coming at you as fast as you can process them. Then comes the big moment: the hero, Jot, steps out from the pages of the book, and the game goes 3D. Though the trailer is short, you can watch it multiple times to glean every bit of it and just imagine the possibilities! Look for The Plucky Squire in 2023.

The final game shown was the totally surreal skateboarding adventure, Skate Story. Set to the chill, lo-fi beats of Blood Cultures, the game sees you as a demon made out of glass… who must skate! It’s a fitting game to go out on for the Devolver Digital 2022, as it looks totally psychedelic. Skating through the underworld looks like Tony Hawk’s Pro Skater crossed with Castlevania, Final Fantasy, and dozens of other wild influences. Sadly, there was no release date for this one, but holy cow does it look like its own very special thing.