Clock Tower is a series very close to my heart, one of the earlier survival horror games and one to define a side of the genre. It has its own ups and downs, as well as an inconsistent development team across the series, but it still manages to be iconic with its mastery of tension and menacing villains. Up against the other titans of the genre, such as Silent Hill and Resident Evil, Clock Tower isn’t quite as iconic, nor did it have anywhere near the lasting power as a series. But when you look at a lot of modern horror games, mostly from the indie side of things, you see ideas that Clock Tower presented and polished over time. The elements of tension focus, a terrifying presence stalking the protagonist, and a sense of helplessness through the player character having no real way to fight back. 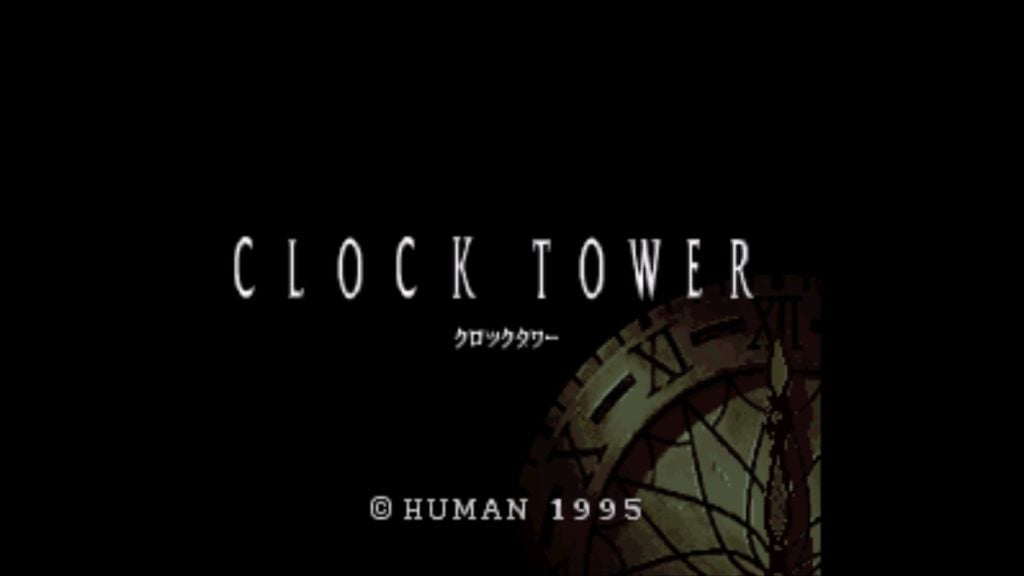 It’s an important series to consider, especially looking forward. The thought of a game like Amnesia: The Dark Descent, which features a similar focus to Clock Tower, being made with the budget and scope of Resident Evil 7 is an amazing one. And with the renewed efforts to bring survival horror more firmly into horror territory over the past few years, this prospect is becoming more and more plausible. We’ve highlighted Clock Tower before, two Octobers ago, but today we’ll be diving deeper into the cinematic and narrative side of things.

To start at the very beginning would be to start with a completely separate film technically, one none of the developers of Clock Tower had anything to do with. Hifumi Kono, the director of Clock Tower, has stated he took great influence with both the tone and the main character from the 1985 film Phenomena. A Dario Argento masterclass in horror, and a film he considers his personal favorite of his own works. The film itself is a subject for another time, but what can be taken from it to set up Clock Tower is the Argento style and the main character; Jennifer Corvino. Portrayed by Jennifer Connelly, the protagonist of Clock Tower was designed specifically to look like her. She even shares the first name, being referred to as Jennifer Simpson. This cavalcade of Jennifers is a quite direct reference to the work which Hifumi Kono admired. 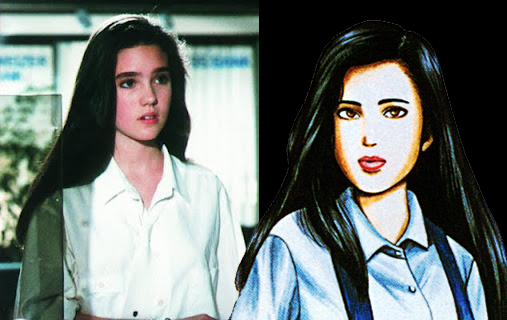 An Abundance of Jennifers

Moving past the inspiration, we get into the game itself. To set up the story, Jennifer Simpson is an orphaned girl living at the Granite Orphanage. Together with friends and fellow orphans, Lotte, Laura, and Ann, as well as their matron Ms. Mary, the girls set out for the Barrows mansion where they believe they are being adopted. The girls are awed by the size of the mansion they believe they’ll be living in from now on but also unnerved by the aura of the place. And rightly so, there’s some seriously messed up shit going on beneath the surface.

After Ms. Mary claims to be going to find the master of the house, the lights go out, and panic ensues. Jennifer loses all the others, and is left to wander the dark house alone. An interesting point to note is that before you hit any of the 3 activation points for the meat of the game, you can actually turn light switches on and off and they work, unlike the entire rest of the journey. Might not seem like much, but it’s a nice little detail that didn’t need to be there.

The game itself is incredibly simplistic, a point-and-click adventure for the Super Famicom. But this is something important for the series, a simple control scheme. When it comes down to the tense moments the player can more fully focus on action and looking about to see where to go to explore whilst avoiding Scissorman. For a while, Bobby Barrows, or Scissorman as he is more well known, is this oddly terrifying child entity wielding a pair of scissors as big as himself. It’s a ridiculous villain, but the unnaturalness of his bouncing movement, the disfigured mask he wears, and the amazing sound direction, Scissorman is turned into a nightmare. Both the John Carpenter-esque music and the clacking of the scissors adds something important to the whole experience. 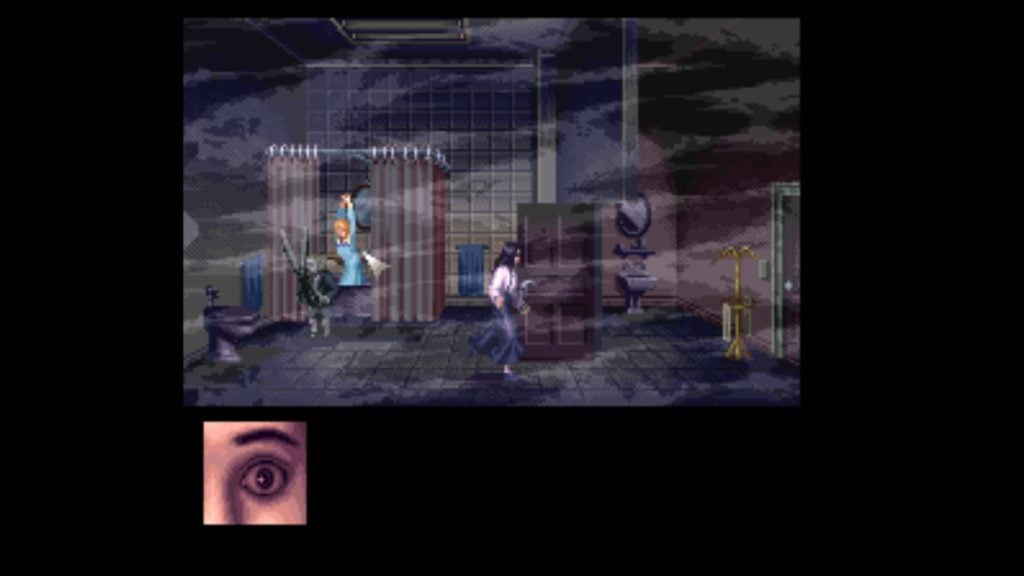 Scissorman chases Jennifer after she discovers the first body

Something important that developers creating a cinematic horror experience should always keep in mind is that chilling music is quite monumental to the experience, but so is the absence of music. When walking through the halls of the Barrows mansion there’s no sound outside of Jennifer’s footsteps. When Jennifer is hiding and the music dies away as Scissorman leaves the player still feels tense and vulnerable. It also makes for a great way to get some cheap spooks through sudden loud noises, such as a roof panel falling in the music room or Scissorman slamming his way through a box.

Getting on to the story itself, and into major spoiler territory, as Jennifer makes her way around the mansion trying to find clues to help her make sense of the situation and escape, canonically she witnesses both Laura and Ann die. Laura is either found strung up in the bathtub before Scissorman pops out of the water, or dead and stuffed into the suit of armor in the phone room. Ann is either hurled out a second story window to her death in the courtyard below, or she suffers one of the coolest 2D death scenes I’ve seen as she’s slammed through a stain-glass ceiling and down to the floor below by Scissorman.

The method of death is determined by who you see first, which slightly changes the shape of the story as it unfolds. This, combined with the very slightly varying layout of the house, makes repeated playthroughs a little bit more fresh (though the variances are quite small, and after a few endings you’ll have hit most of the possibilities already).

Despite both of them dying being the canonical end, as the next game begins with Jennifer and one mysterious other the only survivors of the incident at the mansion, there’s a secret S ending that allows one or the other to survive. Working everything out, setting everything up, and deliberately avoiding seeing one of the two die, will keep them alive for the ending atop the clock tower and give the player an S. 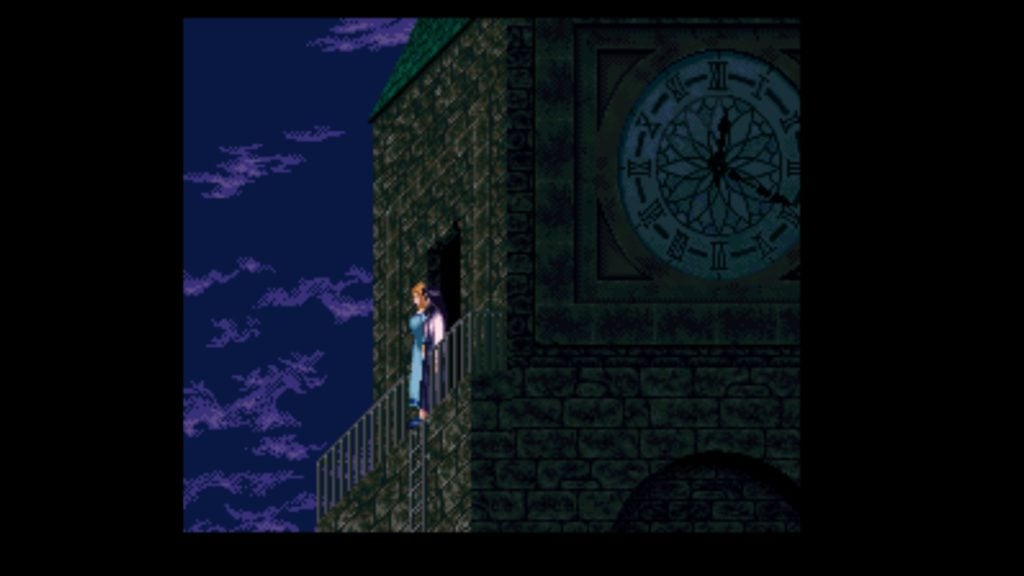 The S Ending screen with Laura saved, right before the credits roll

As Jennifer stumbles her way around the dark house, she comes across a lot of incredibly revealing information against the Barrows and her guardian Ms. Mary. Descriptions of occult rituals, evidence of more dead, Mary actually being a Barrows herself, and files on demonic children born into the family through unholy practices. Jennifer also discovers, behind a discolored and weak wall, a locked off room with her father’s corpse inside. Walter Simpson had come to the mansion to help with delivering the children, not knowing what he was getting into. His hand was devoured by the children, and he put forward the idea to end the horrible beasts. This gets him sealed away in the room to slowly die of oxygen deprivation.

There’s also a body in the mannequin room, mummified by the sadistic Barrows, that some fans posture belongs to Jennifer’s mother. This has never been confirmed of course, but Hifumi Kono has stated that her mother was a Barrows, and we can see through Simon Barrows exactly how cruel they can be to their own family when they won’t go along with their evil plans. And seeing as Jennifer’s father, Walter Simpson, was locked inside a room to slowly die at the mansion, it’s not too much of a stretch to think her mother could have also ventured there and met a horrible fate as well. 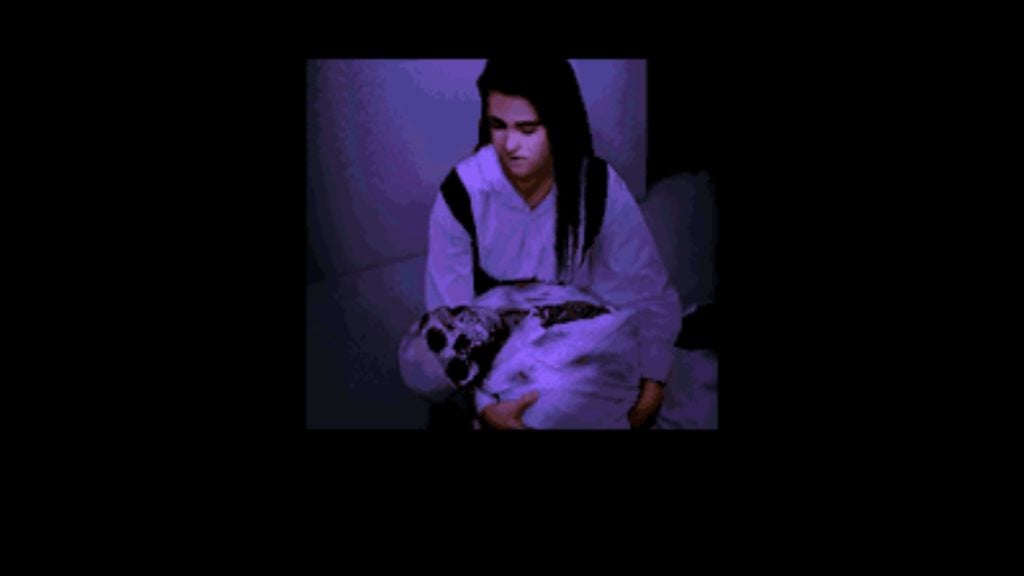 Jennifer discovers her father’s skeleton within the sealed room

Here’s where we dive deep into the occult ritual side of Clock Tower. By searching the mansion you come across one of two artifacts, either some sort of scepter, or a demon statue. The demon statue seems to be the canon artifact, but both work almost the same. Using that, and some clues from her travels, Jennifer finds another secret area beneath the strange ritual room in the back of the mansion.

Down below are some caverns, and the reality of the dark secrets of the mansion. Jennifer finds Lotte down here (or potentially in the shed where she’s shot by Mary, her death again depends on your actions up to that point) at the end of her life. This whole area, the caverns, is an impressive step away from the inside of the mansion that the player has been running through all this time, and the change of scenery sets up the ending that’s closing in quite well.

The finale, depending on ending, all comes together in a dramatic and incredibly tense way. Jennifer discovers Dan Barrows, a mutated and disturbing giant devil baby, and accidentally turns him into a fireball when she knocks kerosene down into a candle on him. This causes a chain reaction in the caverns, and things seem to be about to fall apart as the whole area shakes. Jennifer escapes through an elevator, only to find the Scissorman once again as he chases her to the top of the clock tower. All of the players come back in now, with both Bobby Barrows (Scissorman) and Mary Barrows having their final confrontation with Jennifer atop the titular clock tower, and after the dust settles she remains seemingly the sole survivor. 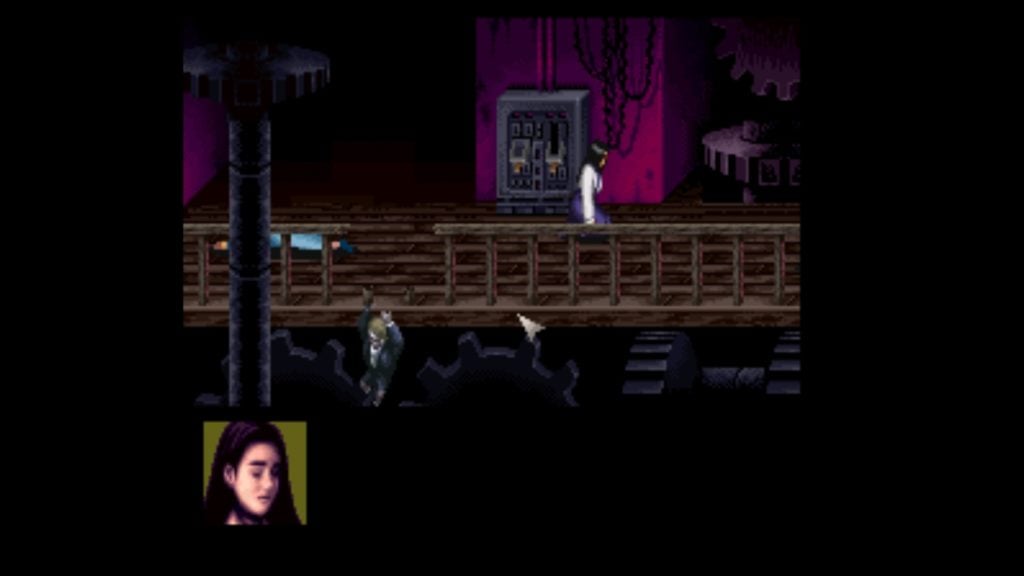 Bobby Barrows falls to his death as the clock tower rings, driving him off the edge

There’s a lot to the story, and most of it is delivered in a subtle way for the player to unpack themselves as Jennifer does as well. It’s something that old school Japanese horror games did, creating often rich and textured backstories to their games where there didn’t really need to be anything along those lines. Clock Tower could have been simply orphan girl goes to the mansion to be adopted out, turns out they want to kill her to sate their demonic urges, she finds a way to survive, and the game would have played out in a similar enough way. But having this detailed backdrop to that story, and many more small and major elements revealed throughout makes the game a much more attractive prospect to dive deep into.

This, combined with the relatively short game length and impressive visuals for the time, definitely makes this game deserve a playthrough this October if you’re in the mood for old-school horror. The game never received an official release outside of Japan, however, there are plenty of fan translations available. Whilst the first game is the most simple of the series, and definitely not the best, it serves well in drawing the player into the story and wanting to find out more. And there’s certainly more, as, despite all of Jennifer’s best efforts, there’s still a surviving Barrows…