February has been a busy month for Swedish personality Felix Arvid Ulf Kjellberg, mostly popular for the username PewDiePie. His actions and statements have been the target of sensationalist news for months now, but recently an investigative report published by The Wall Street Journal added lumber to the fire that is the relationship between Kjellberg and the media.

The article in question, suggesting the YouTube sensation spreads anti-Semitic messages, resulted in the cancellation of two contracts, one with Disney and the other with YouTube itself, where the 27-year-old man hosted a show on the service YouTube Red. As if that’s not enough, the publication set in motion a “movement” led by certain media outlets against Kjellberg. At one side, many journalists accuse him of promoting Nazism while at the other, Felix defends himself by saying people are taking his jokes out of context. 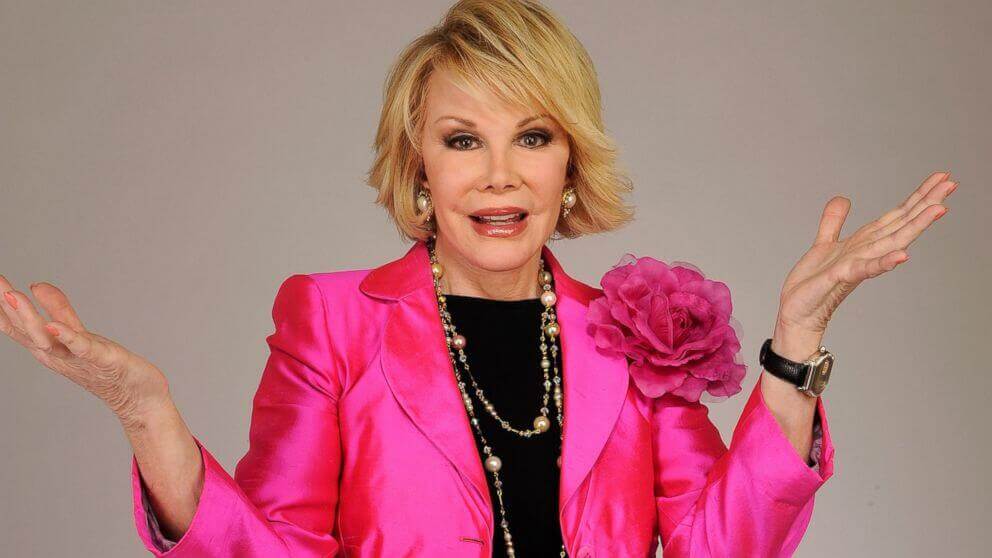 It isn’t hard to imagine one of the most iconic comedians of her generation crying out “Oh, it’s comedy!” The situation Felix Kjellberg finds himself in was all too familiar to the late Joan Rivers, whose comedy relied on the shock value of harsh truths. Rivers’ stand-up routines were offensive and she herself was to blame for jokes along the lines of “Hitler killed himself after he received the gas bill.” She would often excuse her remarks with comedy, stating that laughing at the ugliest things was sometimes necessary to move on.

Watching a Joan Rivers stand-up special is like being gently punched in the face by ten gallons of steel. Although frowned upon, she was effective and handled the media in the best way possible. PewDiePie, on the other hand, is not a comedian. His jokes don’t consist of clever punchlines, but rather the result of fiendish tricks. This approach is called “practical joke” and relies on cause and effect to crack laughs. It’s the kind of prank people play on their friends when they’re 14, except in this case the YouTuber is trying to make a point.

The videos where Kjellberg explicitly suggests he’s a Nazi and the practical joke at the center of the hurricane were, for the most part, taken out of context by the media. Some outlets go as far as publishing subjective articles that strengthen the attack against the Swedish, stressing out how concerning it is that such an influential person might be spreading hate messages masked as jokes. We live in volatile times where any hint of offense is blown out of proportion, from white men bearing dreadlocks to anyone siding with feminists.

That’s not to say there isn’t a problem. White supremacist groups have reportedly expressed their appreciation for Pewdiepie’s jokes–one of which, according to the Southern Poverty Law Center, is the “top hate site in America.”

By choosing practical jokes and relying on a delicate matter to make a point, Kjellberg puts himself at risk. People on the internet take the most mundane things out of context specifically to attack anonymous users who may have an opposing opinion, so it shouldn’t come as a surprise that the most notable personality to come out of this medium has thousands of magnifying lenses over every particle of dust he steps on.

Anti-Semitic or a man who’s gone too far?

Paying people to make anti-Semitic statements to see how far they’re willing to go is one thing, but accusations of being a Nazi and deliberately spreading these messages are something else entirely. PewDiePie’s idea of humor and the chosen subject might not be the brightest idea anyone has ever had, but blaming him for how people decide to interpret what he does is absurd. As a public person, he is responsible for the message he sends, not for how people decide to make use of them.

In modern culture, the symbol of a serpent or dragon eating its own tail is used to represent continuous cycles. Birth, daily rituals, and death are often associated with the image. The circus we’re witnessing catch fire is a cycle started by Felix and perpetuated by the media. The more outlets would distort his actions and words to attract clicks, the more he would sarcastically joke about white supremacist beliefs. In the Swedish’s mind, his portrayal of a man willing to do anything to get views is similar to how Hitler was willing to do anything to clean the world from most races and groups that weren’t heterosexual and Aryan.

It is a dubious choice to compare yourself with the most controversial man in recorded history, but let us not forget that Kjellberg is alone on this. He might have the support of his family, his girlfriend, and his friends, but ultimately he’s not receiving advice from Olivia Pope. He is a millionaire with no idea of how to deal with the media. His responses and apologies fail to convince the people attacking him and deleting his own videos to avoid further backlash only makes him look guiltier.

This fire won’t turn to ashes as long as outlets insist on pursuing the YouTuber. In the same way, he keeps providing them with buckets upon buckets filled to the brim with gasoline. It seems that Felix Kjellberg needs to stop burning bridges and hire a competent PR manager who can save him from himself, or else this clown’s skin will keep on burning for many years to come.