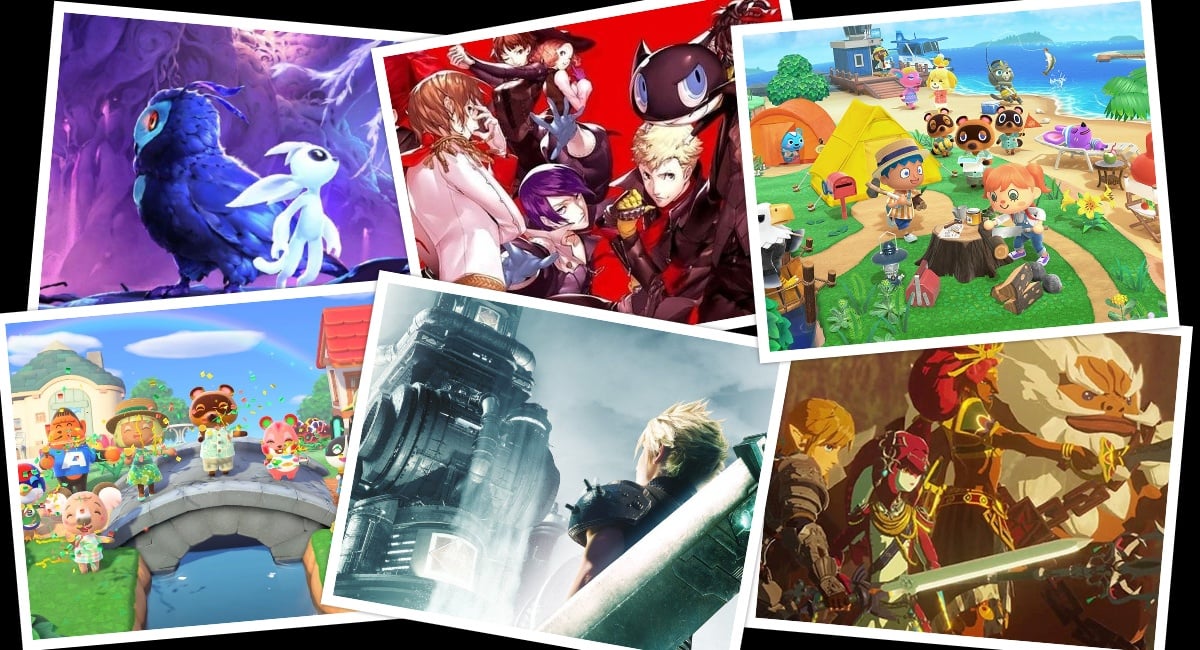 While a cynic may see it as being nothing more than another form of advertising, there’s a lot to admire about a studio that pushes the extra mile to make the cover arts for its games as aesthetically pleasing as possible. All too often they can feel homogenized and unnoteworthy, but first impressions are important, and who doesn’t want to see a nice piece of art glow while perusing their game library? So, let’s take a moment to tip our hats towards one of the more inconspicuous aspects of the gaming experience, and celebrate the seven best video game cover arts of 2020.

Unsurprisingly, Vanillaware’s eye-catching art style – which can be described as a cross between watercolor and anime – translates wonderfully to the cover art for the studio’s latest outing. The electric cast is set to a blend of muted blues, silvers, and whites that are evocative of 13 Sentinels’ mechs, and it culminates in a stunning piece.

Immediately setting the tone for a jolly getaway island, New Horizon’s artwork depicts a couple of enthusiastic villagers joyfully setting up camp, being assisted by the various animal residents that populate the island – some of whom will no doubt be familiar to franchise veterans. The series’ stylistic designs always make it easy an easy one to spot from a crowd, and the quaint nature of the scene depicted is the perfect tone-setter for a cheery resort.

While the standard edition of DOOM Eternal also comes packaged with a killer piece, the Deluxe Edition’s depiction of the Doom Slayer confronting the forces of hell slightly edges it out. With his Doomblade and Meathook shotgun equipped, the silhouette of the unwavering Slayer can be seen facing down Eternal’s array of enemies, lavished in the bright crimsons and oranges of the underworld.

Instead of foolishly trying to usurp the iconic box art of the 1997 original, VII Remake instead remakes it (naturally), by replacing the clunky retro 3D Cloud model and the impressionistic Mako Reactor sketch with highly defined modern 3D models. With the VII Remake’s first installment solely focussing on the Midgar portion of the game, the iconography of Cloud preparing to take down the Reactor feels more fitting than it ever did with the original release, while also providing a comforting shot of nostalgia for long-time fans.

Unlike with the previous Hyrule Warriors, Age of Calamity forgoes the use of 3D models for its cover, instead opting to depict its core cast with a highly detailed hand-drawn image. With the four Champions, alongside Link and Zelda, posing in their respective battle stances while being shrouded in the dark mist of Calamity Ganon’s power, this artwork certainly isn’t taking a subtle approach when depicting the game’s action focus; an attitude that’s more than fitting for a Musou game.

Ori and the Will of the Wisps

The harsh purples and thick black shades of Will of the Wisps‘ cover art is a striking contrast to the soothing blues of its predecessor’s artwork, giving the impression that there’s a more severe tone underlying this adventure. Even without that context, the picturesque landscapes and backdrops of the main adventure are impressively encapsulated within this single vignette, with our hero Ori and their friend Ku taking center stage.

Basking in its Royal subtitle, this re-release throws the Phantom Thieves into the spotlight as they’re caught eagerly posing while donning their ostentatious outfits. The rebellious themes of Persona 5 Royal’s narrative and its incontestable flair shine brightly from its cover art alone, with series artist Shigenori Soejima continuing to impress through his distinct sense of aesthetics.