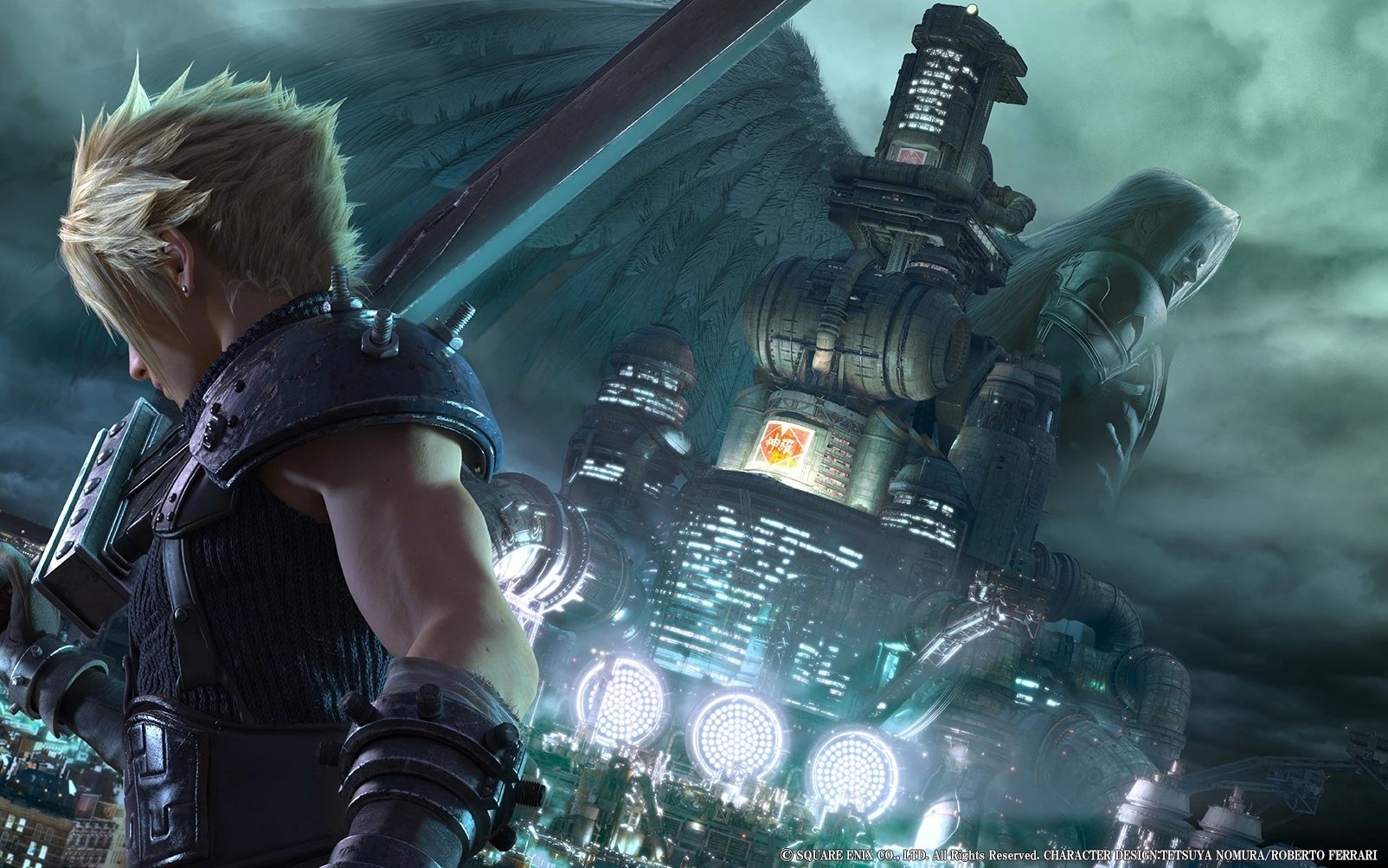 Remakes have a bit of a contradictory expectation put upon them, especially when it’s on the scale of Final Fantasy VII Remake. There needs to be a plethora of new content, things reworked and further explored to make the remake worth it, using everything modern games have at their disposal to improve on the original. But they also can’t change a thing, everything has to be EXACTLY how people remember it. Living up to the hype is a tall order, and Final Fantasy VII Remake exceeds expectations across the board.

Final Fantasy VII Remake is this incredible beast of a game, expanding the relatively short Midgar segment of the original into a 30+ hour ride through incredible scenery, extravagant battles, and a cast of characters that only get more and more endearing the further in you get. There’s been some debate online about the length of the game, which is a bit baffling. Everything is fleshed out, the narrative never feels like it’s losing steam, and most of all: At a 30+ hour campaign it’s almost as long as the entirety of the original.

Final Fantasy VII, for those who somehow aren’t in the know, is a game where you take control of a young ex-SOLDIER who joins with an eco-terrorist group in an effort to save the planet and take down the government. As someone who played and loved the original, this remake has brought back all those old feelings along with so many new ones. It’s drawn me in like no other game since Persona 5 has. But for those of you new to the franchise or even just to Final Fantasy VII, there’s so much content and quality here that you’ll be hooked right in. New or old, veteran or rookie, Final Fantasy VII Remake has plenty to offer for all.

Combat feels fluid and the changeover from turn-based to real-time has been wholly successful. Each new weapon has its own proficiency and ability tied to it, which when maxed out unlocks the ability for all of that character’s weapons. The system works wonders for development, with the party growing as fighters and consistently gaining new abilities to work in.

Each party member also has their own nuance and style that make swapping between the members on the battlefield refreshing and interesting. The only (minor) negative about combat in the early stages is that Barret is the only one who can effectively take out some gun turrets, so things kind of just stop while you shoot them down before continuing the fight. But with the likes of Tifa’s overbearing offense, Aerith’s beefed-up attack power and hard-hitting spells, and Cloud’s versatility, everything just clicks so fluently.

Each weapon has its own upgrade tree, and as the game progresses you can start to build each of them for different scenarios. On top of this the returning materia system brings even more depth to combat, and with different builds each character can feel worlds apart from each other. Final Fantasy VII Remake does a wonderful job of letting the player intuitively swap between characters mid-fight and utilize all these tools to overcome battles.

Whilst personally the story and characters are the highlights for me on this grand adventure, the gameplay doesn’t slouch at all and every moment radiates excitement. Combat, exploration, and cutscenes all occur in a fluid motion. And there are moments, scattered enough to never overstay their welcome, where the gameplay style switches up for certain scenes. Such as the beginning of one of the greatest video game scenes of all time, where suddenly you find yourself in a dancing rhythm game for a few minutes or controlling giant robot arms in order to carry Aerith around.

This modern trend of JRPGs which have no need for farming, but plenty of side content, is always a joy to behold. The main story never gets derailed by sitting in an area cutting down the same enemies to level up, or getting too off base with lengthy side quests. Each side quest has its own little place for continuing to build the characters and comes at appropriate times where things aren’t held up to go ‘frog king’ hunting or anything.

In terms of exploration, there’s a lot of nooks and crannies to delve through, with side paths and hidden item boxes scattered around. It’s by no means an ‘open-world’ or anything, but when towns open up for exploration there’s so much to see and so much detail put into making things come alive. From the slums in various sectors to the desolate areas between, to the bright and gaudy lights of Wall Market, everything comes alive in vibrant detail.

The legendary villains make their presence known as the likes of Sephiroth and the Turks have many more scenes to work with. The ominous and frightening aura of Sephiroth through Cloud’s visions forebodes great tragedy to come and having more presence sets them up as major antagonists much more effectively.

There are epic boss battles aplenty, with all the grandeur you’d hope for. Things are scaled up across the board, and fights can get truly challenging when keeping to the default ‘normal’ difficulty. There’s a lot at your disposal though, from a plethora of abilities to varied material, summons, and limit breaks all aiding in taking down your enemies. Things really kick up another notch with the Air Buster fight, and the ingenious setup of taking bits and pieces out of the boss to craft your own fight to an extent just adds even more depth to things.

Final Fantasy VII Remake is visually stunning, each new area painting another graphical masterpiece. Every now and then I found myself stopping to enjoy the views, appreciating how much effort and detail went into crafting a living world. The graphics and models are insanely amazing, though there are very few textures here and there that stand out as strangely low quality. The most obvious of which is Cloud’s door at his small apartment in Sector 7, which looks like a grey blob for whatever reason.

The game’s breathtaking visuals also do a lot for character development, as each member of the cast gets to show off an incredible range of emotion in their faces and actions. The little things like Cloud’s hard exterior slowly softening as he gets to know everyone, to Jessie’s playful and flirtatious teasing, to the strangely (but impressively) hyper expressive Wedge. Even though we’ve only been along for part of the full journey with the first in the Final Fantasy VII Remake series, already I feel like I’ve learned more about who these characters really are.

Aiding all of this is the incredible voice acting, with the likes of Cody Christian (Cloud), Briana White (Aerith), Erica Lindbeck (Jessie), and Gideon Emery (Biggs) all putting in standout performances. Across the board, the voice acting is incredible though, not a slouch among them, and giving voice to these iconic characters offers even further depth.

In Final Fantasy VII Remake a lot more time has been dedicated to building these characters, and along with the aforementioned nuance now visible in their expressions and actions, the whole cast has benefited greatly. With all the extra time we get with each member, every twist and turn in the story now holds that much more weight. And there’s a few smaller characters shown so much more love in the remake, most notably Biggs, Wedge, and Jessie.

Final Fantasy VII Remake is a game many of us have been waiting years for, highly anticipating the return of a game beloved by generations. And now that the first part is here, does it live up to the hype? I can gladly say that yes, it’s not only met, but exceeded my expectations for bringing the original game to new levels of quality and detail. Things have changed and plenty of new content has been added to make things feel fresh and exciting, whilst there’s still a lot of key moments from the original hit for both nostalgia and familiarity. Opening up Midgar into its own full game has done wonders for how the story is unfolding, and I can’t wait to continue my journey.