It’s safe to say that DOOM has been around the block. Its first entry, DOOM 1993, is essential gaming that solidified the first-person shooter genre as a mainstay for decades to come. Since then, killing demons has never been uncool. Recently, DOOM 2016, which we called “one of the most enjoyable shooters of the last decade,” brought things back to basics and reminded a generation of Call of Duty Rust fanboys that single-player shooters could still be exciting. So how does DOOM Eternal build on that foundation? Could the gaming world be shown once again that single-player demon massacres are worth the price of admission?

Well, in short, yes, id Software captures that same unhinged mayhem and magic with DOOM Eternal. It’s everything that it needs to be, and (this may not come as a surprise) it’s actually a pretty predictable title—but that’s not a bad thing. DOOM Eternal is fast, it’s brutal, and it knows what makes shooting fun. It’s a game that understands its franchise roots but also knows what it takes to succeed in the modern market. DOOM Eternal is an all-out, no-holds-barred murder fest that brings the classic DOOM formula back into the spotlight once again, subtly tweaking the simplicity of DOOM 2016 for another bout of perfect, mindless demon-slaying.

Let’s just get it out of the way, DOOM Eternal’s story doesn’t make a whole lot of sense unless players are well-versed in DOOM lore. Since DOOM 2016, The Slayer has been watching Hell’s minions rape and pillage Earth from an orbiting satellite, waiting for the time to exact his revenge. To do so, he must hunt down the agents of the god-like Khan Maykr, the Hell Priests. Shooting and sawing his way through a variety of hellscapes and fortresses, the Slayer is confronted with various agents of his past and various nods to previous DOOM games.

In theory, not a bad premise, but DOOM Eternal’s story is mainly told through collectibles and vague homages to obscure franchise titles. While 2016 had a clear villain, thought-out motivations, and a relatively linear story progression, Eternal bounces from one world to next without much concern for consistency and often fails to explain who characters are or why they matter. Sure, there is a wealth of background information hidden around the world, but the mental power needed to tie it all together might not be worth the trouble. While a hardcore DOOM fan may be amazed at every turn, a more casual player might just say, “so what?”

The funny thing about the lackluster story is that it really doesn’t make a huge difference in overall enjoyment. DOOM’s never really needed a story to carry it through, and there is nothing wrong with letting the story take a backseat and relying on good old-fashioned gameplay. Just like Mario saves the princess, the Slayer murders demons. Does anything else matter more than that? DOOM games are best taken at face value, so don’t think, just shoot.

Retro Vibes in the 21st Century

Without a story, DOOM invests heavily in delivering the perfectly precise, adrenaline-fueled gunplay that previously established it as the king of shooters. There’s truly nothing like the run and gun action of DOOM Eternal. It’s the video game equivalent of the “flow state,” that immersive, adrenaline-fueled, energized action that puts veteran and newcomers alike “in the zone.” Much like DOOM 2016, DOOM Eternal often relies on “race-track style” maps that force players to keep moving and shooting to survive, traversing the map in loops to collect health and ammo while mowing down demons. To tie it all together, the guns are predictable but responsive, the finishes are visceral and powerful, and the demons are difficult yet balanced.

DOOM Eternal is a heavy metal romp through Satan’s backyard that will have franchise veterans and newcomers alike ripping demons into pieces and running and gunning their way through monster mayhem.

But DOOM Eternal seems to realize that largescale jungle gym maps aren’t the only thing that makes gunplay interesting. Developers introduce encounters that seem to play with space, closing things in for claustrophobic battles in hallways and narrow corridors. It’s a welcome addition that breaks up the frantic sprinting for more intense, short scale battles that involve dodging and weaving through blows.

In addition to new encounters, DOOM Eternal also adds some platforming elements that give players some breathing room in between blasting away hordes of undead. Bringing back the dash from DOOM 2, DOOM Eternal has the Slayer running, jumping, and climbing his way through obstacle courses and puzzles. Surprisingly, it’s nowhere near as frustrating as first-person platforming can sometimes be, and adds a new challenge to the title while allowing for some variety in combat as well. It’s a small risk, but it ultimately paid off.

Hell’s Not That Scary Anymore

It might be age, or it might be a conscious change, but DOOM Eternal appears to back away from the horror roots that once dominated the franchises’ dark period. Gone are the flickering lights, terrifying screams, and random jump scares that punctuated past tiles, and in are relatively straight forward hellscapes and only cartoonishly horrifying enemies. Sure, the game has buckets of blood and dangerous demons, but the nightmares have taken a backseat to fun in DOOM Eternal.

Just like Mario saves the princess, the Slayer murders demons. Does anything else matter more than that?

Most likely, this was a conscious change by id Software to make DOOM Eternal more accessible for all ages. With intense violence being the norm in modern games, if kids aren’t scared away from playing, they absolutely will keep playing. Horror fans might miss some of the more edgy elements that made DOOM 2016 a little more terrifying, but by toning things down, DOOM Eternal is a game that can be shared with younger fans, provided their parents have no problem with excessive gore and satanic chants.

Bow Down to the Power of Metal

With DOOM 2016, id Software established that heavy metal is the new calling card of the franchise, and DOOM Eternal takes that energy and turns it up to 11. There’s something magical that happens when those drop-tuned guitars and heavily compressed drums match the tempo of the DOOM’s adrenaline-fueled shooting. This is a soundtrack that doesn’t just complement the game, it IS the game and an essential part of its success. While there’s never a track that stands out too much or has a catchy melody, it’s a part of the beautiful metal tapestry that makes DOOM great.

Hail Satan and the Slayer

D00M Eternal is totally awesome, and the perfect counterbalance for those maybe looking for a break from the more relaxing titles (cough, cough, Animal Crossing). It’s brutal, vicious, and testosterone-fueled in all the right ways. DOOM Eternal is a heavy metal romp through Satan’s backyard that will have franchise veterans and newcomers alike ripping demons into pieces and running and gunning their way through monster mayhem. While the story has a take it or leave it approach, the gameplay more than makes up for any fault. While hours and hours of adrenaline flow-state shooting might become a little tiresome after a while, DOOM Eternal is a perfect pickup game that will satisfy the bloodlust of bored springtime gamers in search of mindless digital murder. It is pure fun distilled into a first-person shooter, and it’s definitely worth the price of admission. 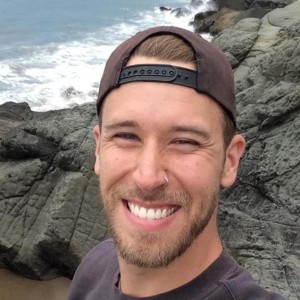 A Winner Is You Podcast Episode 8: Doom 64

The Twenty Best Video Game Soundtracks of 2020: Part One