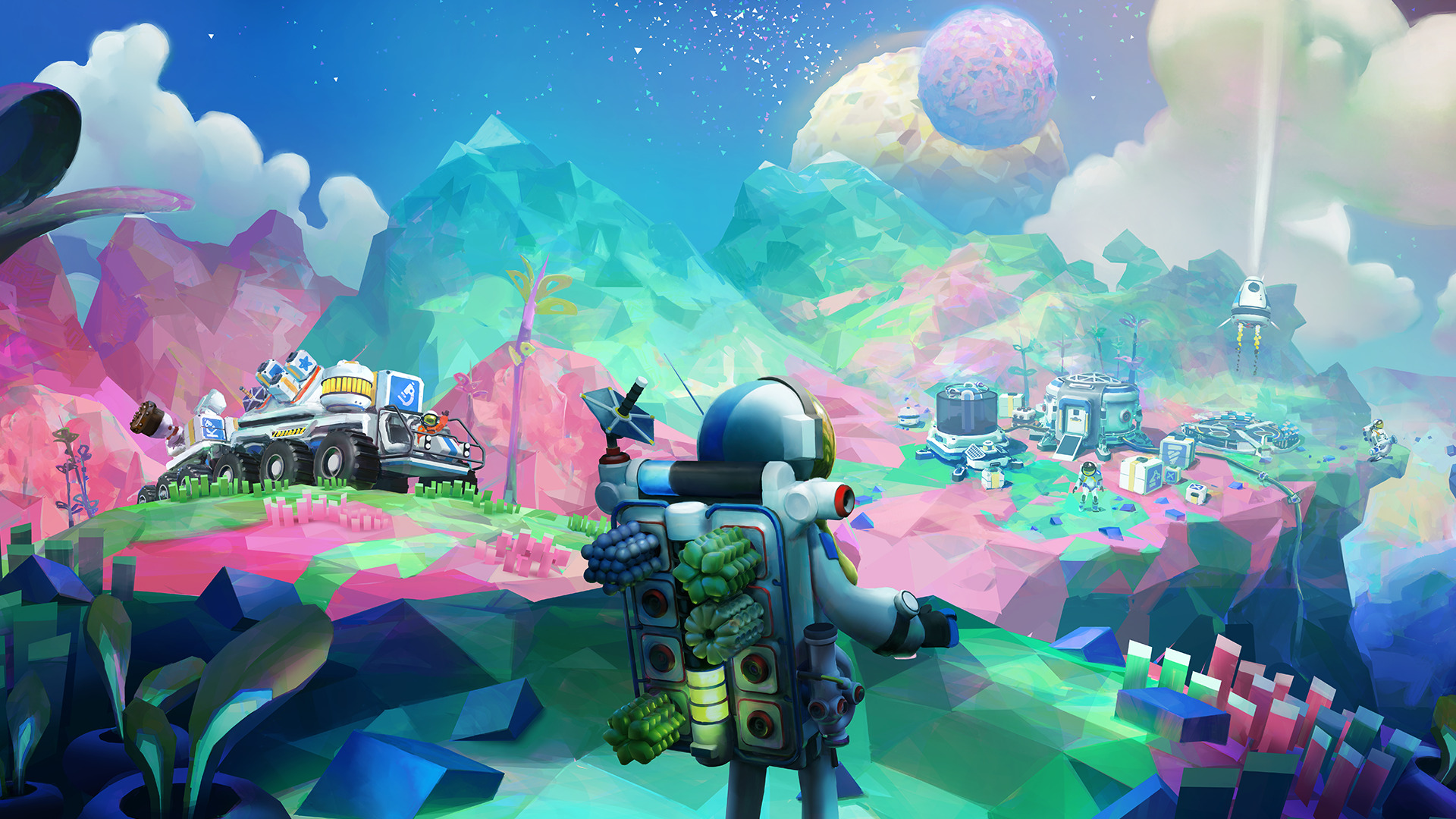 Astroneer is a satisfying outer space base-building game with some rough edges and a lot of chill.

In Astroneer, you are a plucky little astronaut who has been marooned on a mysterious and procedurally generated (if colorful) planet. You land, explore, pillage natural resources, and if you don’t suffocate first, you build things in order to progress forward.

Your enjoyment of Astroneer will live and die based upon how much you like a satisfying little crafting loop (in spaaaace). And said loop takes a moment to settle in, but if it’s your particular cup of astronaut tea, it is worth it.

Your first few hours in Astroneer can feel a little opaque, with little explanation and the strong potential for a hefty amount of time spent digging holes, falling into them, and suffocating. But once you crack the code of the game’s inner workings (or surrender to a Youtube tutorial), a very satisfying game loop emerges for the right type of space-faring gamer.

Astroneer’s greatest strength is that the already satisfying game loop is also well-paced. Explore, mine for resources, and craft with gentle mission-based nudges, and just as one little loop wears thin, you unlock new traversal methods that bring you back in. Eventually, you can travel to new planets with a few new sights to see and minerals to collect. And while these new planets are largely mechanically similar, it’s still a fun accomplishment each time that does feature new flora and fauna and minerals, and therefore new things to make.

Astroneer is, by and large, a relaxed experience. On the surface, it bears a resemblance to other exotic resource management survival sims like No Man’s Sky or Subnautica, and the similarities are there. But for better or worse, and depending largely upon your taste, one thing that is not present is the imminent threat of death. While there are a few environmental hazards, particularly as you progress to new planets, the most threatening aspect of the game is either running out of oxygen or falling to your flailing little death–and typically, this happens due more to fiddly controls or wonky physics than anything else. But it’s that brand of video game wonky that, if you’re game, you get used to as part of the rhythm of the experience, as there aren’t any particularly dire consequences outside of the loss of your latest backpack of resources.

This version of Astroneer was reviewed for the Switch, and this reviewer hasn’t experienced it on PC, but it feels pretty plausible that some of the fiddly systems and controls would be better served to a mouse, particularly vacuuming up space resources and building up terrain–an activity you will do a lot of. It’s not game-breaking, but there are definitely moments where you’ll plummet to your death in a pit of your own devising.

What also separates Astroneer from some other survival sims is its almost complete lack of story or context, so you end up rather self-motivated. There are small bits of lore here and there, but really there isn’t much other than your pure motivation to check the next box on your mission list or simply push the limits of what you can craft. While the lack of story and broader context feeds the relaxed nature in some ways, ultimately it feels like a missed opportunity to craft a deeper experience. And, while Astroneer looks nice and runs well enough on the Switch, the environments aren’t quite majestic or interesting enough to warrant much extra-curricular exploration.

At the end of the outer space day, Astroneer does what it sets out to do very well. If fiddling about on a finicky-yet-charming outer space world collecting resources in order to build bases, rovers, and space ships sounds like a fun time, Astroneer is well worth your trip to space.