Nothing is more valuable than time. This is a central conceit of Unsighted, an indie action game from Studio Pixel Punk and out now on all major platforms. As Alma, players explore the dregs of a ruined world in search of Meteor Shards, in the hopes they might unlock the secret to prolonged life. At every moment, the clock is constantly ticking down. And while Unsighted shares a lot of DNA with other action-adventure games, there is real novelty in how every interaction in the game is darkened by the idea that no matter what the player does, there is a hard stop that is always in sight. But far from making the experience feel rushed, everything players do feels like it has real weight. Smart, nuanced, and mechanically satisfying, Unsighted is an astonishing achievement.

Unsighted wears its influences proudly: two-dimensional Zelda games, and games inspired by them, like Hyper Light Drifter. But rather than just a flat imitation, Unsighted aims to deliver something much more unique through clever remixing of ideas. At every turn, this game tweaks the familiar and the expected to create something new.

Alma is an android, a capable warrior designed and programmed to be stronger than any who came before her to survive the harshness of the world of Arcadia. In the player’s hands, she can whack enemies with swords and axes, or blast them with grenade launchers or shotguns; eventually, she can even slice them with a body-sized shuriken, Yuffie Kisaragi-style. Attacks are tied to a stamina bar, and ranged weapons have limited ammunition, but players can customize their character to be able to dish out more attacks or reload more quickly with equippable chips. The level of customization is much deeper than it seems, and tinkering with Alma’s toolkit is one of Unsighted‘s great pleasures.

Combat itself is satisfying at every turn. Mastering this game’s parry system is crucial and never stops feeling awesome; the ping of an enemy Unsighted’s attacks being blocked provides the perfect aural feedback. Successfully parrying an attack can stagger the enemy, resulting in follow-up attacks doing critical damage. This combat loop makes even the most banal encounters feel like they have real weight and makes more difficult fights undeniably epic. Fully understanding what Alma can do feels amazing, and there are always new cogs to leverage against enemies that provide perks like increased attack damage. Alma can even convince dogs to fight on her side to make battles slightly more manageable; the pups are invincible, and a perfect way to harass a difficult enemy while Alma regains her stamina. The way every system interacts is staggering, especially considering that Studio Pixel Punk is made up of only two people. Things feel perfectly balanced, and players have the freedom to make the game more or less difficult to an extremely fine-tuned degree.

But as teeth-clenchingly tight as the combat is, it is only a part of what makes Unsighted a resounding success. The game’s central theme is tightly woven into everything Unsighted has to offer. Every android in Arcadia is faced with a ticking clock, Alma included. How players make the most of that time will make every playthrough resonate differently.

Unsighted is a speedrunner’s dream, clearly designed to be mastered and torn through at a breakneck pace. But on a first playthrough, the weight of the clock is fully felt. Throughout Arcadia are wonderfully characterized NPCs, and underneath every single character’s name is a line indicating how much longer that particular character has left. The androids of Arcadia run off of anima, a rapidly depleting resource counted in hours. Once the hour counts hits zero, that character will become Unsighted; they won’t merely disappear from the game world, but they will become a frenzied, empty version of themselves that Alma will have to put down herself. This heartbreak colors every interaction with NPCs. The dog-loving but sharp-limbed Tobias longs to pet her beloved pets’ soft tummies, but will she have the time to build the necessary equipment? Ariel, the hard-bodied weaponsmith, might have the key to an all-powerful sword, but can the player scare up enough meteor dust to forge a necessary relationship with them?

Time marches on, and even actions as simple as moving from one screen to the next can eat up an hour of in-game time. Alma can prolong some character’s hour counts with consumables, but there are simply not enough to spread around to every character. It is easy to forget about the friendly traveling merchant on the other side of the map, only to suddenly receive a notification that they have less than 24 hours before they “go Unsighted”. The urgency is constant but it never feels oppressive. Instead, players must grit their teeth, make tough choices, and live with them.

Everything about Unsighted feels bold and unapologetic, and yet, the game gives players the freedom to approach it how they please. It is even possible to turn off the ticking clock, and even play through the game in local co-op. But players can and should experience the game with the timer on. The stakes feel high, and overcoming them becomes that much more satisfying. 2021 has seen a slew of incredibly impressive indie titles, but Unsighted deserves the spotlight for its polish and strong themes at every step of the way. 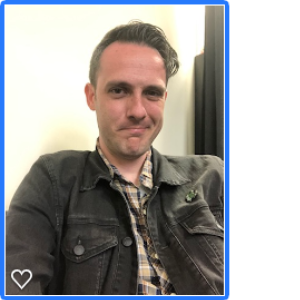