Ape Out is the ape-jazz-violence simulation you did not know you needed in your life. Smashing together brilliant design and satisfying gameplay, Ape Out is a short and stunning primal arcade blitz for fans of both stylish indies and tight, fun gameplay.

Created by Gabe Cuzzillo and published by Devolver Digital, Ape Out is, at its core, a top-down beat ‘em up in the vein of Hotline Miami. But Ape Out is also an unparalleled artistic achievement in its thrilling jam session of gameplay, sound design, and art style. While there are a couple of rough notes hit, Ape Out is a must-play frenetic experience.

I Want to Break Free

In Ape Out, you are an ape who is trying to escape from various confinements – labs, boats, buildings – that sort of ape cage. In order to break free, you must use extreme ape violence or extreme ape evasion. Your escape is almost always an exhilarating and rhythmic exploration of violence, power, and sweet satisfying death.

At its core, you guide your primate protagonist from one end of a procedurally-generated map to another. Between you and the exit, you encounter guards who want to shoot and kill you using pistols, machine guns, flame-throwers, and a few other tricks. If you are shot three times while in pursuit of the exit, you will die, and be reminded of that death by a big beautiful path-marked map and the letters ‘D-E-A-D.’ And rest assured, you will read these letters again and again, and in turn feel deeply compelled to try ‘just one more time.’

In order to get past guards, you have two primary tools at your disposal – pushing or grabbing. You can slam would-be captors into the environment, one another, or off of buildings in order to murder them in a satisfying red splat. Or you can grab gunmen (or the occasional unfortunate bystander) and slow your progress by using them as cover, crossfire, or just flinging their bodies about.

Not to put to grim of a point on it, but murdering guards is great fun. As a control mechanism, smashing works particularly well. Grabbing and flinging gun-wielding captors can be a little finicky, particularly when it comes to aiming them, but overall it’s another entertaining and effective tool in your simian escape kit. And when you aren’t smashing and grabbing, you’ll be using your final tool: straight-up running away.

Much of the gameplay loop is made of improvising a mixture of these three techniques balanced against the procedurally-generated terrains and enemies. In a jazz-like fashion, you’re left to make split-second decisions of whether to grab, smash, or run. What comes together is a game that is fun to play, but stirred up with the game’s presentation, you’re left with something truly special.

Like a night out in a smoky crimson cafe where the drummer hits every note right, Ape Out is gorgeous. Its design pulls from minimalist and graphic art and style of 1950’s and 1960’s jazz albums, and presumably from the artwork of legendary graphic designer, Saul Bass – an artist best known for many legendary cinematic title sequences including those of Alfred Hitchcock (and for the AT&T logo!?). And if you don’t care a whit about Saul Bass, you’re still going to come away thinking this game looks great. Bold contrasts of color intermingle with jittering textures mapped to neck-craning forced perspectives. Dark and light dance and keep you on your ape toes as you charge through every corridor and corner. Even when you’re screaming at your inevitable demise, you’ll still be shaking your head at how cool a given environment looked.

Ape Out’s beauty and identity stretch still further into its sound design. Few games reach so hard into sound and soundtrack to create such a total experience, but jazz is in every smashed skull. Each set of levels is structured as a small ‘album,’ each with a ‘side a’ and ‘side b’ accompanied by carefully crafted album art and the sound of a record needle catching its groove. But more impressively, the soundtrack is 95% drums. The whole experience is like a big long Buddy Rich solo set to violent bone-crunching crescendos.

In itself, drums and jungle violence are not only appropriate, but are a blast, but the designers went so far as to create a uniquely responsive soundtrack and sound design unlike anything before. As you progress, the drums speed up and slow down with your movement and action. Cymbal crashes punctuate each moment of dynamic violence adding splashes of powerful satisfaction to each splat of blood or crashed wall or enclosure. The gameplay is infused with the rhythm, each thrust and slam is a percussive gesture. You are part of the rollicking drum solo, and you want to kill as many guards as possible to keep the beat moving. It works, and it is is thrilling.

As wonderful as it is, there are some minor game design decisions that pull Ape Out from becoming a truly transcendent jam session. As mentioned, each map is procedurally-generated, so you’ll never play the same layout twice. These are not wholly random – every ‘album’ has a common and nicely-varied style, setting, and set of obstacles and enemies, and each individual ‘song’ tends to feature a consistent aspect to the level design such as a single choke-point that must be broken through. On the one hand, the random-ness adds to the sense of urgency and jazz-like improvisation. On the other, it creates some inconsistent scenarios where the luck of level and enemy layout dictates your results more than skill. Mixed with this, the ramping-up of difficulty didn’t feel particularly consistent, and a small number of the level designs were unforgiving enough to become frustrating rather than fun.

It should also be noted that Ape Out can be beaten rather quickly. I’m of the opinion that the game was exactly as long as it needed to be (though I’d gladly accept DLC), but gamers who associate number of hours with value should be aware that the experience can be brief. While occasional levels will leave you hung up, my initial playtime was under three hours. There are a few fun extras, including the unlock of a score-based arcade mode, and its inevitably a game you’ll want to pull out to simply show friends, but by-and-large your tale of ape violence ends quickly (but in a very satisfying place that we will not spoil).

Ape Out Is Extraordinary

In Ape Out, Gabe Cuzzillo and his small team have crafted something unique that comes highly recommended. This game is equal parts beautiful, thoughtful, exhilarating, and fun. The sum of its parts is a creation that is all-too-rare in games – something fresh and unlike anything else. I found myself thinking about it when I wasn’t playing it, and unable to put the controller down in order to give each board ‘just one more try.’ To have that gameplay experience put together with so much artistic flair is the kind of game that is worth killing for. Again and again and again.

Ape Out is a rhythmic pulse of thrust-push-kill fun. Ape Out is the kick drum rolling right into to the snare and a crash just as you crush that guard a hair before he pulls the trigger. Ape Out is blood trailing behind you when you can’t take another shot and crossing through the green door of freedom and into the jungle beyond at the last moment.

Ape Out is so much fun.

Ape Out is very beautiful.

Ape Out is jazz. 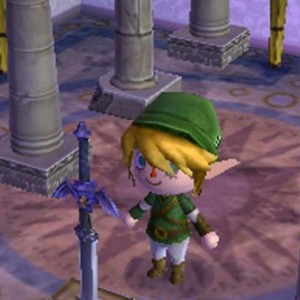 ‘The Sinking City’: One Step Beyond Madness