I’m not about to write the words ‘the Dark Souls of dungeon crawlers’, when describing the critically acclaimed Darkest Dungeon. Mostly because it’s wrong, but also because it’s as cliché as anything to describe something this way. Instead, I’m going to say that Darkest Dungeon’s stressful nature is actually good for you, and then explain how before that statement truly sinks in.

For those unaware, Darkest Dungeon, released in 2016 by Red Hook Studios, is an Eldritch-infested, stress-inducing 2D dungeon crawler where the player must manage groups of four heroes as they traverse horrific locations in search of relics and riches. Heroes can often die if careful micromanagement is not applied, and then you’re back to square one as you have to get a new hero to fill their place.

The game, for the most part, is balanced and fair but does often employ harsh levels of RNG (random number generator) in certain fights and areas just when the party seems to be down on their luck. For this reason, rather than seeing Darkest Dungeon as an infuriating mess of anger-inducing tests the player must eventually see it as what it really is: obstacles that you must overcome.

While not a complex concept to understand, difficulty in video games is often a hard thing to measure in quantifiable statistics. Difficulty cannot be accurately measured, but instead must be understood as a universal agreement that is reached by the players who have played, and beaten, the title in question. Darkest Dungeon is hard. No question about it. 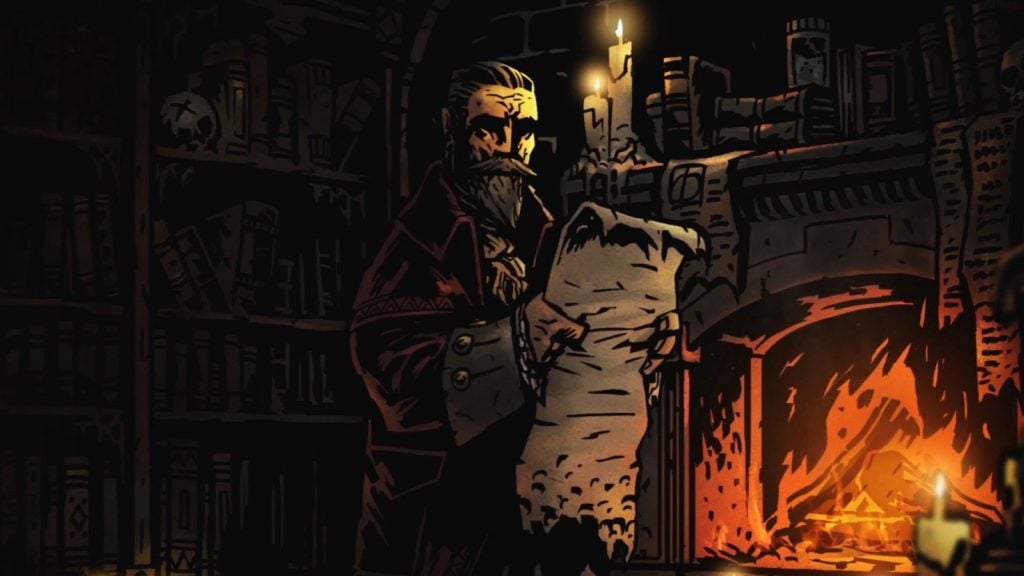 The Ancestor realises that a “great, terrible power” lurks underneath his manor house. Maybe he should have left it be…

And the first wave of DLC, The Crimson Court, is a another story entirely. Even on its ‘easy’ setting, the game will take no prisoners when it comes to poorly prepared, half-baked parties of heroes. The game however, is not hard for the sake of being so. Instead, it uses its own challenge as an obstacle that can be overcome through work, effort, and time invested into the task at hand. At the core of Darkest Dungeon, that is the singular message: be prepared for anything and everything.

The game uses stress damage to encroach certain death even upon the strongest of heroes, and the player will quickly learn that stress will kill you faster than the creatures will. Because of this, Darkest Dungeon taught me something about the nature of stress itself (which was impressive, given how mad I once was at getting a TPK from a low level boss), instead of seeing a challenge and simply charging into it headfirst and hoping for the best, you must take your time.

Assess your resources. Prepare your strengths. Remove your weakest links. Perhaps it was the Lovecraftian whispers working their way into my head, but Darkest Dungeon ultimately showed me that stressing about stress is perfectly fine. There’s nothing wrong with worrying, because you’re allowed to do that, it’s natural. But on the flipside of that same understanding, you see that the stress is a chance for you to prove to yourself that you can do it. 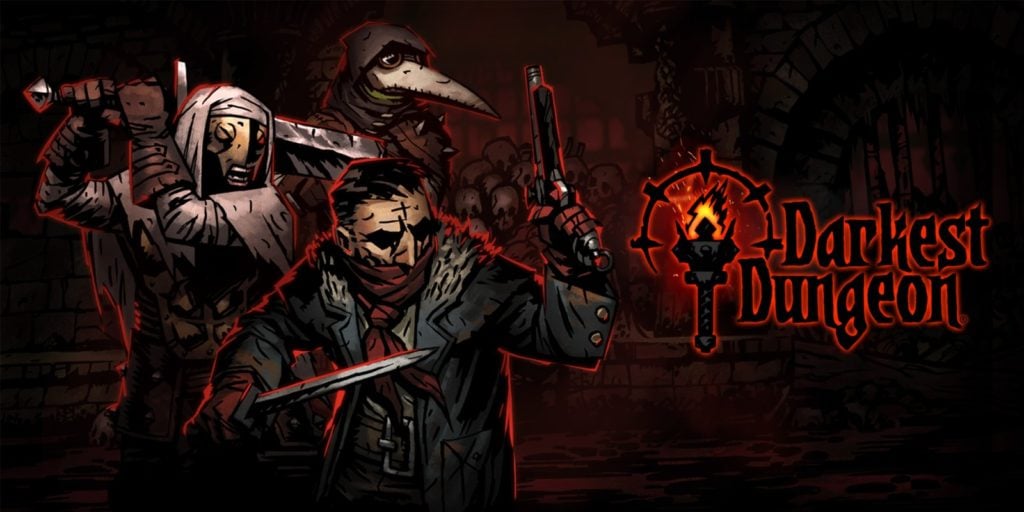 Darkest Dungeon pulls no punches, even right from the first mission you’re up to your neck in danger

Certain studies and articles even argue that playing video games can actually make you less stressed out. While titles like Darkest Dungeon won’t instantly jump to mind when you think about stress relief, I’d argue that completing an objective in a game this challenging is far more potent at calming a player down than a passive, casual title.

While this may seem like a simple revelation, and most certainly does not apply to aspects of some people’s everyday lives – like those who suffer with mental health issues such as anxiety or depression – it’s a realization that perhaps some people need. Stress can help us sometimes. Even with video games, we expose ourselves to situations that may seem impossible initially, but with effort, time, and dedication gradually become possible to complete.

And there’s few things more satisfying than nailing something you’ve been struggling with for hours, or even days at a time. So Darkest Dungeon takes that to an extreme and shows you situations that are clearly not weighted in your favor, but can be won. With a little luck, planning, investment and effort nearly anything can be overcome. Just make sure that you’re prepared for it.

From an Old Pioneer to a Modern Classic: Celebrating ‘Hang ‘Em High’ and ‘Open Range’

“Difficulty cannot be accurately measured, but instead must be understood as a universal agreement that is reached by the players who have played, and beaten, the title in question.”

Dude print that on a poster and sell it. That’s a good sign of difficulty and why scaling it can be so hard in some games. The cheap and easy route is raising numbers, but that rarely correlates to an increase in player skill. More time spent doing something doesn’t necessarily mean a higher difficulty is fun.

Darkest Dungeon is a lot of fun because failure is part of the core gameplay loop. It does a fantastic job of luring you in by making the first stretch of dungeon crawls not that bad, then proceeds to ramp it all up. Like you said, it’s a -good- stress.

I love this game. But I don’t find it stressful. It’s hard to explain but I find a game like Salt and Sanctuary stressful because it is constantly moving and if I die, I die because my reflexes are not fast enough or I didn’t see an enemy coming at me. Sure this game is hard, but it doesn’t make my blood boil.