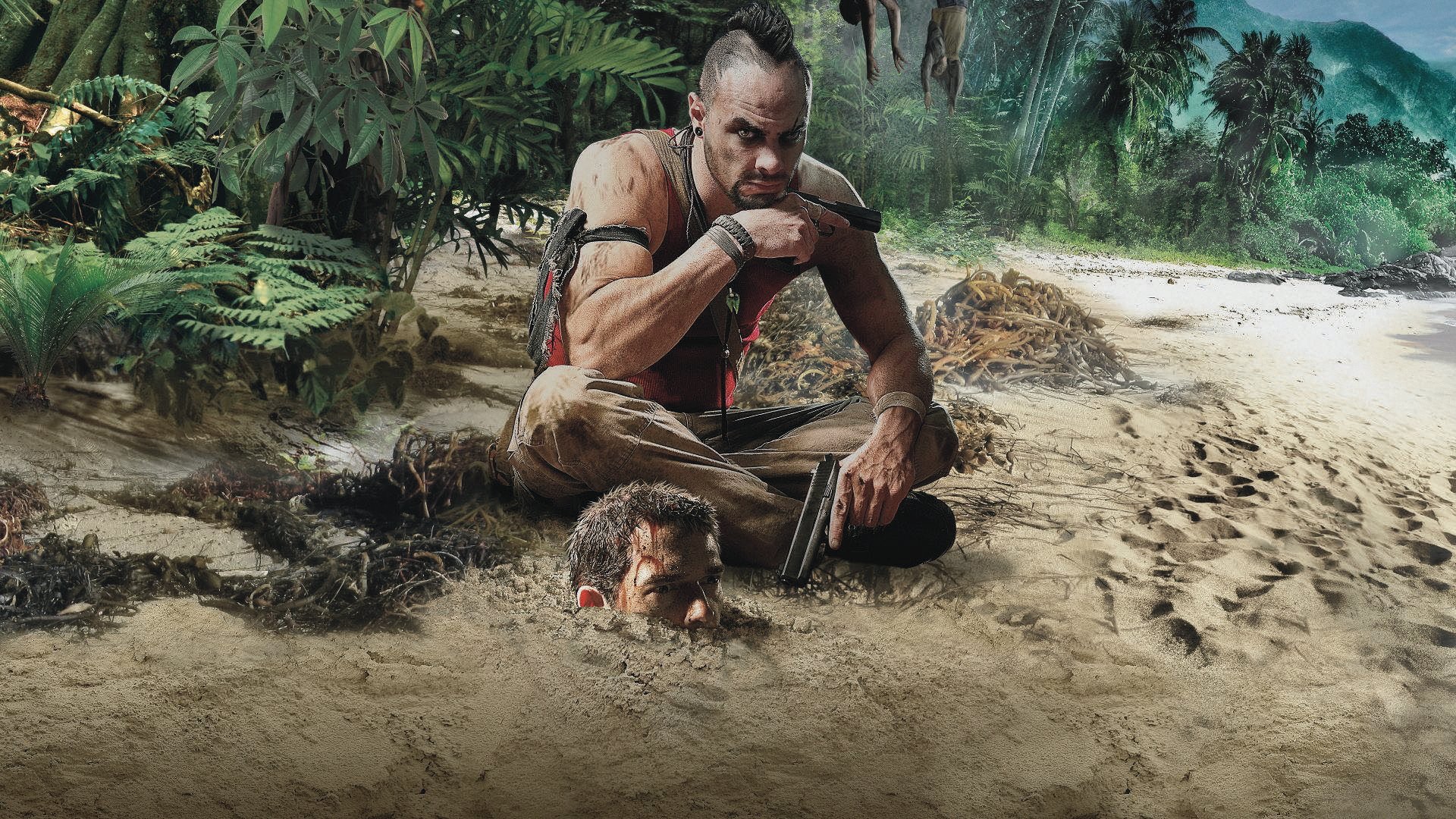 Why Vass is such a Great Villain

Few characters in modern gaming have embedded themselves in the minds of players quite so deeply as Vaas Montenegro.

Though technically not Far Cry 3’s primary antagonist, it’s his unsettling visage that players see staring back at them on the game’s box art – not protagonist Jason Brody or big bad Hoyt Volker. The pre-launch marketing campaign was dominated by Rook Island’s unhinged yet undeniably charismatic pirate leader, complete with a series of short sketches featuring Superbad actor Christopher Mintz-Plasse.

Pinning down exactly why Vaas is so engaging, however, isn’t as simple as pointing to his ‘definition of insanity’ monologue or any of his other most quotable moments. While the aforementioned scene certainly makes for compelling viewing, his true quality emerges over the course of the entire game, as we come to learn that his fundamentally unstable temperament, manifested in frequent incidents of shocking brutality and capriciousness, mask a well-rounded and, at times, genuinely sympathetic character.

Portraying mental illness accurately in popular media isn’t an easy task, especially where psychopathy is concerned. All too often, in their efforts to make an unpredictable, insidious character that frightens, repels, or unsettles the audience with their erratic behaviour, filmmakers and game designers stray into the territory of caricature. Producing the kind of stereotypically aggressive lunatics whose actions suggest extreme violence is a natural consequence of psychological trauma; an inaccurate and unhelpful view of the raft of mental illnesses that effect such a vast percentage of the world’s population. 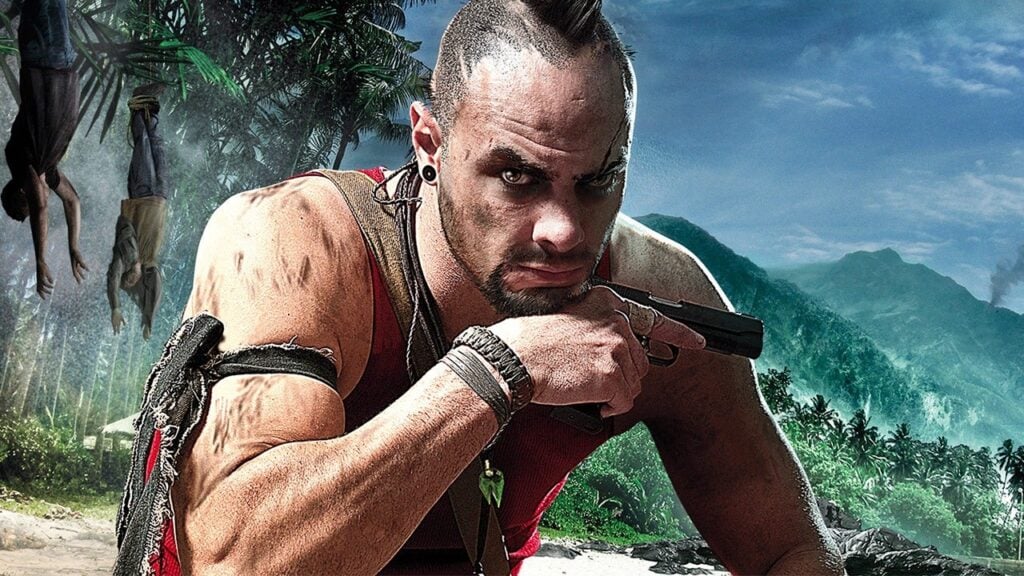 Yet individuals whose violent tendencies arise as a direct result of a psychological disorder, or, in the case of medically diagnosed psychopaths, the ability to deactivate their ‘empathy switch’ at will, do exist, and have formed the basis of some of cinema and gaming’s most memorable characters: take Hannibal Lecter, for example, or Grand Theft Auto V’s Trevor Philips. Though it’s extremely rare for someone with a mental illness to act in this way, I hasten to add, and those who do struggle with mental illness are actually far more likely to be the victims, not the perpetrators of, violent crime.

Anyway, the trick to creating this kind of psychopathic character is to portray a complete individual, instead of focusing on this single aspect of their personality, balancing instances of chilling brutality with at least a few brief moments of something more relatable: internal conflict, joy, indecision, remorse, humor, etc. And Ubisoft managed to do just that with Vaas.

Yes, he is capable of sudden violence and shocking cruelty. In fact, one of the main reasons why he’s such a compelling character is this very unpredictability; not so much for the acts themselves, but because it keeps the player guessing as to how Jason’s next encounter with Vaas will play out. I mean, at the very start of the game, in the space of a few minutes, we see him: rail maniacally at Jason and Grant Brody; ruthlessly execute four other hostages whose families are too poor to pay for their release; murder Grant in cold blood as he and Jason attempt to escape the compound; and hunt Jason through the surrounding jungle, seemingly deciding on a whim to give him a head start and thus a sporting chance at survival.

But, to return to the point at hand, while violence is certainly a fundamental part of his character, he exhibits moments of clarity and vulnerability too.

His famous ‘definition of insanity’ soliloquy, for instance, paraphrased in his own inimitable style, shows a clear understanding of the words. He’s not simply parroting a famous aphorism he once heard from a superior intellect. Moreover, the fact that he killed the man who taught him the saying, believing he was trying to “bullshit” Vaas only to realize the truth contained in these words, suggests he is a thoughtful, introspective person, capable of reasoning and clear thinking. The regret he expresses to Jason for this particular murder, shortly before dropping him off a cliff with a cinder block tied around his ankles, admittedly, implies he’s aware of his condition. But like so many suffering from mental health issues, recognizing the problem and coping with or treating it, especially without the help of trained professionals, are two very different things. 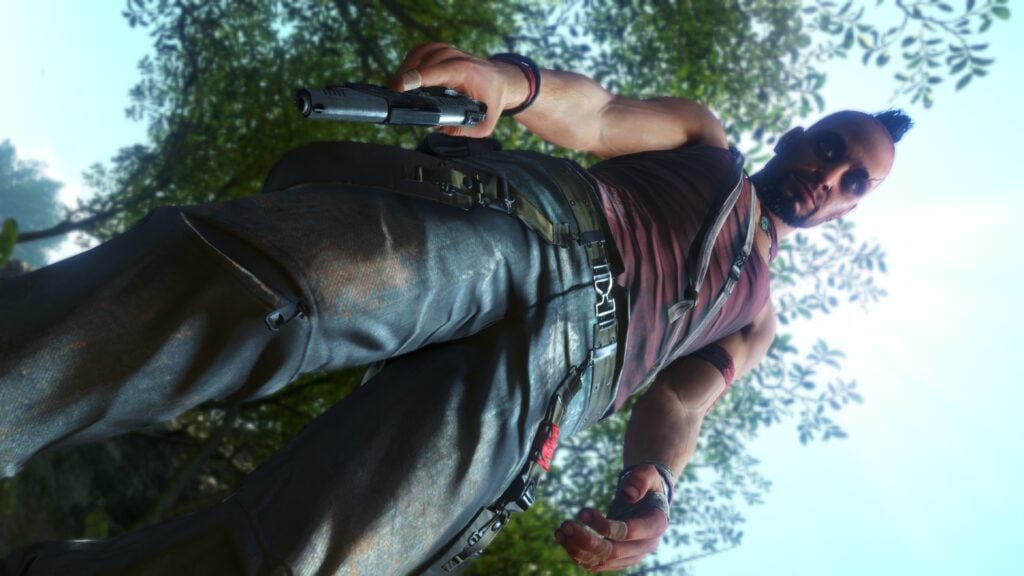 Indeed, as we progress through the game and learn more about his sister (Citra), Hoyt, and the political and social climate of the Rook Islands as a whole, it becomes increasingly clear that Vaas is severely ill, rather than someone who’s fundamentally evil or consciously sadistic. And, eventually, we discover who and what it was that first precipitated and later exacerbated his condition.

The two main culprits are unquestionably Citra and Hoyt, as I alluded to above, however, it’s difficult to say which has had a greater negative impact on Vaas. His drug addiction, facilitated by the introduction of narcotics to the island some years prior by Hoyt, has undoubtedly aggravated his illness. While it wasn’t until Hoyt arrived that Vaas started participating in human trafficking, drug running, slavery, and calculated murder; exposing him to violence on a far wider scale than ever before and further eroding his ability to empathize with others as a direct consequence.

And yet, it’s not as if Vaas was a stranger to murder prior to working for Hoyt, or that his psychological problems began with their first encounter. It’s clear from events on screen and via various references throughout the story that Citra, though the younger of the two siblings, has been a tremendously bad influence on Vaas over the years.

We’re told the first murder he committed was on the orders of his sister, for instance – who herself exhibits an unhealthy, even dangerous fixation on Rakyat mythology. Although the exact details are never discussed, it’s telling that the first person he killed wasn’t of his own volition; a sudden, irrepressible urge, formulated in his troubled mind, to lash out at another human being. It was to please his beloved sister who, as we learn during the scene in which he attempts to burn Jason and Liza alive, was at one time the most important person in the world to Vaas, with his affection for her bordering on obsession. 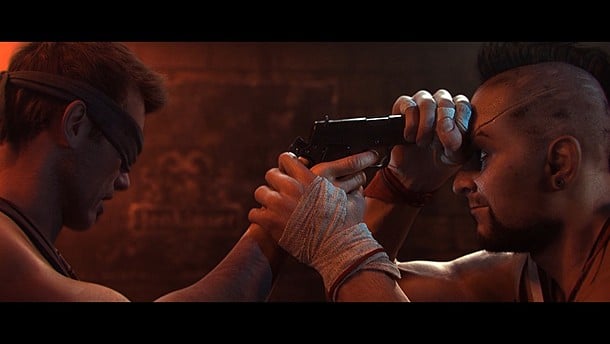 That and the events at the climax of the story – when (SPOILERS) with his friends tied up and utterly defenceless, Citra asks Jason to choose, quite literally, between cutting all ties with his former life and remaining with her on the Islands or returning home with his loved ones – reveal her substantial powers of manipulation and influence on the men around her.

Jason’s only known her for a brief time, yet even so, he seriously considers (EVEN MORE SPOILERS) murdering his friends to prove his devotion to Citra. So we can safely assume the effect of this prolonged psychological abuse on Vaas, over a period of years, would have been far greater. Perhaps, then, we can view his drug addiction as a form of self-medication; an attempt to forget the memories of the horrendous deeds he’s committed to Citra’s name, the pressures of life in the warrior society she so fervently cultivates, and, worst of all, the knowledge that she cares more about re-establishing the ancient traditions/supremacy of the Rakyat than his well-being.

If we take this one step further, it doesn’t take a great leap of the imagination to see Vaas as something of a victim. A product of the conflict between Hoyt and Citra, and the violent, unstable environment of Rakyat society at a time when the inhabitants of the Rook Islands are struggling to reconcile their ancient, heavily ritualized past with the demands of the modern world.

Maybe I’m giving Ubisoft more credit than it deserves, but I like to think it’s this inner conflict and uncertainty that prevents Vaas from killing Jason. It isn’t that he has a taste for the theatrical or is hindered by the same inbred ineptitude that’s confounded countless Bond villains over the last half century; it’s not even a manifestation of his unpredictable, impulsive nature. Rather, it’s because, in Jason, he sees someone capable of bringing down Hoyt’s criminal empire and Citra’s jingoistic religious society (something he can’t bring himself to do because of the potent residual love he still feels for her). A kindred spirit, in some ways, who may just be able to put him out of his misery once and for all.

So Vaas leaves the door slightly ajar for Jason time and time again; not enough to raise suspicions or alert his conscious mind to his growing desire for an escape from his own personal hell, but just enough to give Jason another chance at completing his mission.

I don’t think this theory is quite as far-fetched as it sounds, regardless of whether or not it’s correct. Consider their final, climactic confrontation. It isn’t portrayed as a glorious moment of triumph during which the virtuous hero defeats the evil villain, but a trippy, confusing, frenzied brawl that ends with Vaas almost willing Jason to kill him.

Be that as it may, it’d be wrong to argue the tragic factors that shaped Vaas and the quasi-suicidal nature of his eventual demise exonerate him from the countless acts of abhorrent violence he’s committed in the past or excuse his participation in the operation of Hoyt’s criminal enterprise. Nevertheless, these aspects of his character – coupled with an absolutely fantastic performance from actor Michael Mando, I should add – inject the character with a large dose of pathos, allowing the player to actually sympathize with, and even understand, someone who is outwardly terrifying and seemingly unfathomable.

For this reason, and the various others mentioned over the course of this article, I chose to refer to Vaas as a character, not a villain, in the title. It’s a far less constrictive term for someone who is abundantly more complex than he might seem at first sight. He’s not a one-trick pony whose only function is to provide an entertaining obstacle for the hero to overcome. An emotionless target for our hatred and disgust. A person we couldn’t possibly relate to on any level. He’s a well-rounded character in his own right, with a tragic past that influences and explains his present goals, motivations, and actions.

And if Far Cry 5’s main antagonist, father Joseph Seed, can capture even an ounce of Vaas’s utterly compelling character and unique personality, we’re in for one hell of a ride when the game finally releases in a few days’ time.