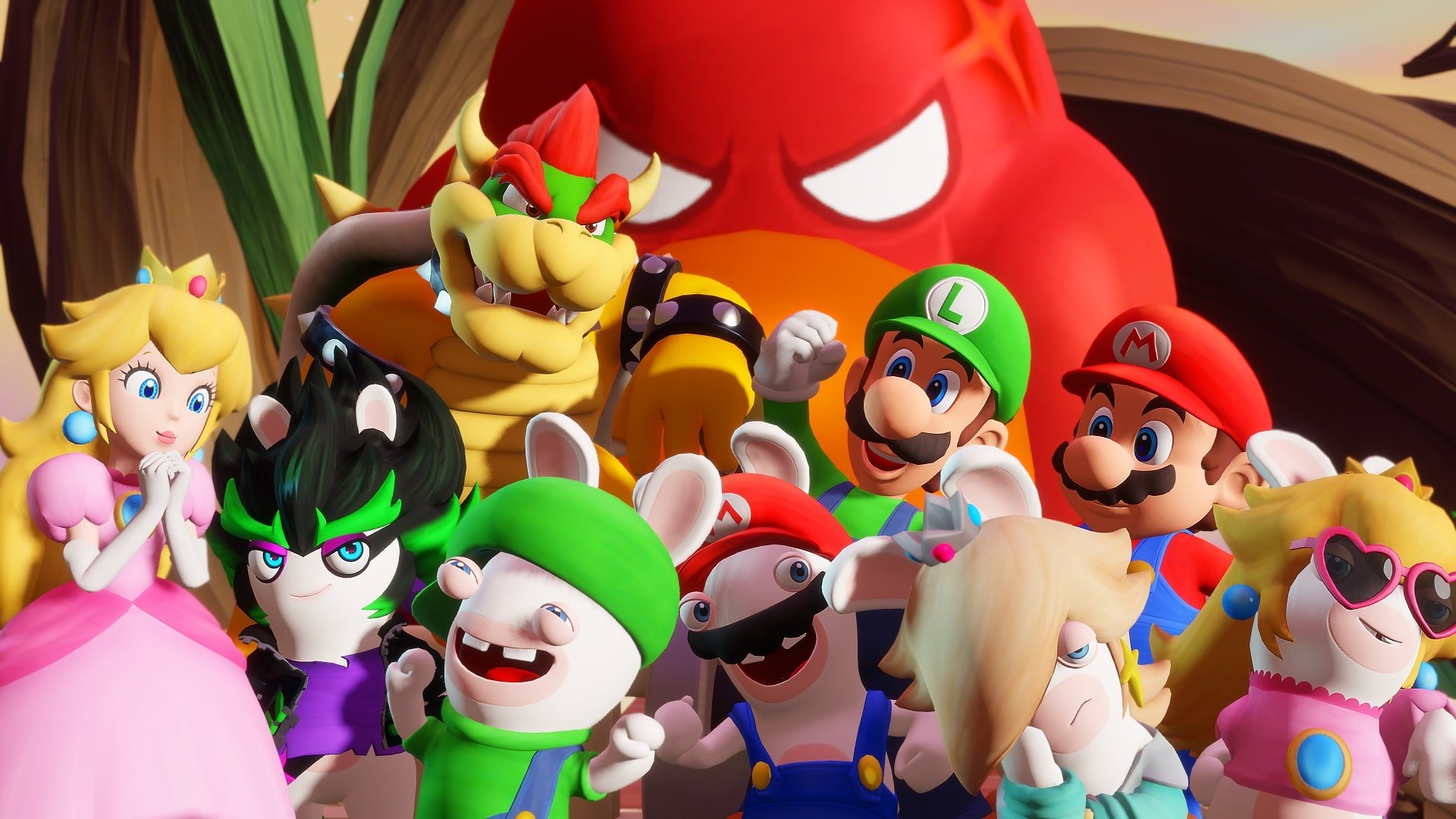 When Will You Have Access to Edge, Rabbid Rosalina, and Bowser in Mario + Rabbids Sparks of Hope?

Ready to embark on a galactic adventure? For those getting ready to hop on the WM ARC and get strategizing, you may be wondering what are the parameters to unlock every character in Mario + Rabbids Sparks of Hope and how long does it actually take to gain access to the full roster. Luckily, the answer to both of those concerns is not much and not too long! Edge, Rabbid Rosalina, and Bowser are the only three characters that can be unlocked in Sparks of Hope, and players are able to add all three party members to their roster just by playing through the campaign.

Unlike Mario + Rabbids Kingdom Battle, the players will have access to all nine party members before they can reach about 45% story completion. In this detailed guide, we will explain where you will find Edge, Rabbid Rosalina, and Bowser and how they play compared to the other characters!

Halfway through the game’s first planet on the small island location known as Beacon Beach, Mario + Rabbids Sparks of Hope gives players access to one of the game’s two original playable characters. Edge is a witty and mysterious greatsword-wielding Rabbid who stays secretive about her past and isn’t afraid to tackle scenarios head first. As many fans noticed prior to the game’s release, Edge pays quite a few visual homages to Bowser–anyone who grew up during the GameCube era will even quickly be able to spot that Rabbid strikes the same crossed-hands pose as the Koopa King and is positioned opposite of Mario on her first victory screen.

Upon reaching the bottom of the Sunrise Temple at Beacon Beach, Mario and the gang will encounter Edge who is revealed to be the shadowy figure following the group to their destination. In order to rescue one of the game’s first Sparks, the player must fight alongside Edge in a battle against a giant-sized enemy who has been grown out of proportion by Cursa’s Darkmess Energy. This boss battle is where players not only unlock Edge, but they will also gain access to the ability to configure three party members at once rather than two during future fights.

Edge is a “Blade Master” that can target multiple enemies at once who are positioned in a line. Edge’s flying blade move is also high enough to skim over partial cover. For her special technique, Edge’s Stormblade allows her to charge at an enemy for a quick slash just before they attack. When upgraded, this move can be used to cut down an array of nearby enemies.

Joining the ranks of Rabbid Mario, Rabbid Luigi, and Rabbid Peach, Rabbid Rosalina is a lazier version of the Queen of the Cosmos who players discover at the second planet’s Pristine Peaks. To unlock Rabbid Rosalina, the player must help Captain Orion find his “missing girl” by traversing through the puzzles of the Winter Palace and defeating the mansion’s Spark Hunter boss Midnite. As soon as the player encounters Midnite after reaching the depths of the Winter Mansion, the player will meet up with Rabbid Rosalina who will join forces with Mario and friends to save an encaged Captain Orion.

During this battle, Rabbid Roslina acts as a fourth party member to the team, however, it should be noted that this does not open the possibility for players to utilize another character slot in future fights. The reward for defeating the boss Midnite is having Rabbid Roslina join the crew and a Purified Darkmess Energy Crystal that will allow the player to travel to the game’s next planet.

Rabbid Rosalina’s class is called “Demotivator” as she is adept at removing any protections enemies have and immobilizing them. Her weapon the Kaboomer launches several projectiles toward a single target and is capable of breaking down any destructible cover in the way. For players in need of a way to keep moving enemies locked in their current position for a turn, Rabbid Roslina is a team staple that is great at keeping players from getting cornered.

The King of the Koopas and former Mario + Rabbids Kingdom Battle villain Bowser is the final character players will obtain during the campaign of Sparks of Hope. Bowser will be unlocked shortly after arriving at the third planet, Palette Prime, a forest-themed location where Beep-O will learn to construct bridges. After reaching Palette Prime’s first Darkmess Tentacle, players will come face-to-face with the world’s first boss Bedrock.

Like Rabbid Rosalina, Bowser is initially introduced as a fourth party member that will be permanently unlocked after completing the battle. Once again, unlocking Bowser sadly does not allow the player to utilize four party members during their journey to defeat Cursa–in fact, the next time players will get to use four characters at once is when they reach the game’s final location.

Unlike the other characters players have had access to and unlocked, Bowser is the group “Overseer” as he fittingly uses a Bowzooka capable of firing massive fireballs that cover large areas. For players looking for a team member to help take hits while destroying as many enemies as possible, Bowser fits the bill thanks to his weapon and upgradeable moves that can damage multiple hostiles in one turn. As for his special technique, Bowser will summon multiple explosive Rabbid Mechakoopas that will chase enemies, and self-destruct once they are in their vicinity. Like Bob-bombs and Goombas, Rabbid Mechakoopas can actually be tossed closer to enemies if the player is to pick them up!

More Characters Will Arrive at a Later Date

And that’s how you can unlock Edge, Rabbid Rosalina, and Bowser in Mario + Rabbids Sparks of Hope! While the roster size may feel short for a sequel, Ubisoft has already confirmed that more new characters will be on the way with the game’s future Rayman DLC. Currently it is unknown whether the featured newcomers will be usable in the base game, however, we believe that the expansion would probably play out similarly to Kingdom Battle’s Donkey Kong Adventure DLC because the main menu of Sparks of Hope features the same downloadable content section as the first game.