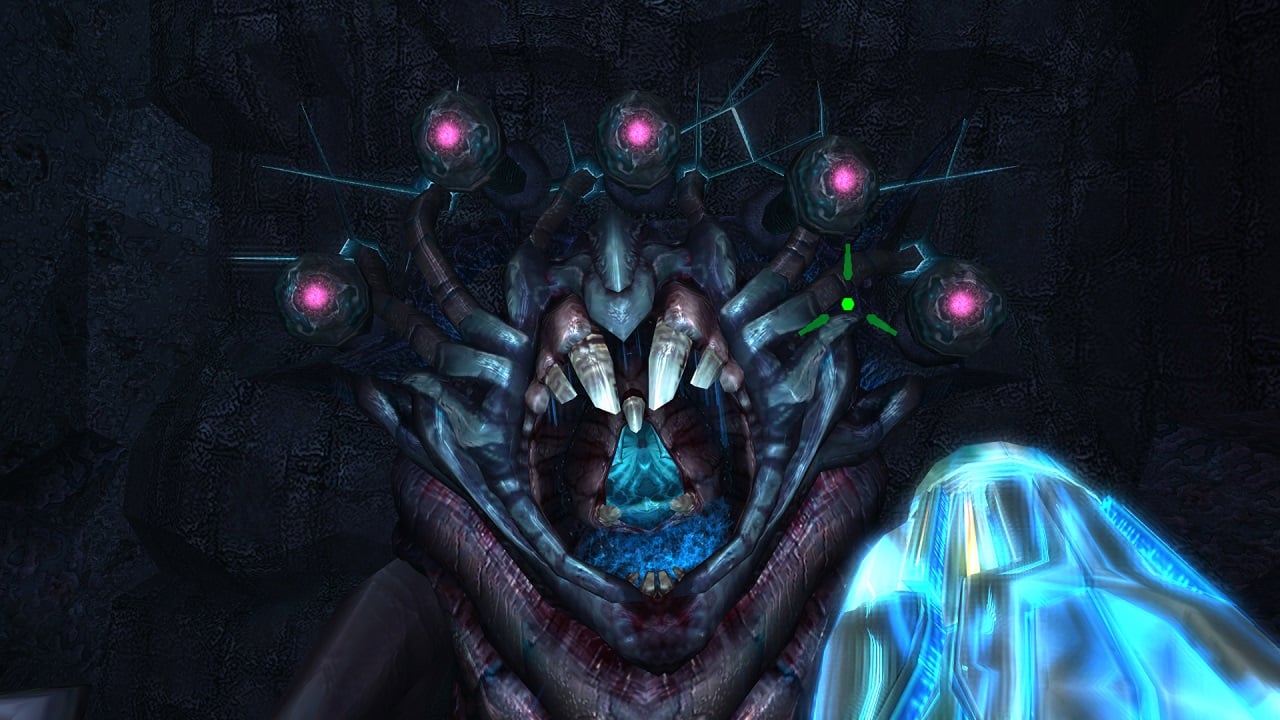 The Strangest Enemies in the Metroid Games

The Metroid series is a strange beast amongst Nintendo’s pantheon of treasured franchises. It’s a game that emphasizes the solitary exploration of hostile and dark alien planets which act like large puzzles that the player must solve. This is somewhat against the grain when it comes to Nintendo’s usual fun and whimsical worlds. A hallmark of the series has always been the designs of the planets and the beings that inhabit them. In this list we’ll look at some of the strangest concoctions that have been dreamed up for the series:

The name of this creature would suggest that this is some sort of dragon. The truth is a lot more chilling. Draygon is essentially half fish, half…errm…something…messed up. Residing in the bowels of the waterlogged Meridian, this guy acts as one of the main bosses in Super Metroid, with his effigy being one of the ‘golden statues’ that are required to pass to enter the final stages of the game. This would suggest a level of sentiency that the boss fight itself doesn’t really echo, with Draygon being incredibly erratic and almost feral in his attack style. He is so basic he doesn’t even let go of Samus if she starts electrocuting him with the short-circuiting wall panel via the grapple beam. Maybe all that time-wasting away down in the sand has driven Draygon mad. Either way, he is certainly a disturbing being that is best left well alone.

The aptly named Nightmare is infamous in its horror. Initially appearing like nothing more than a robotic military weapon used to fend off assailants with the ability to manipulate the onboard gravity, as Samus’ fight with it wears on, the true horror reveals itself. After a steady stream of power beams to its facial area, Nightmare’s mask will literally slip, revealing a sagging, decaying monstrous face beneath. The longer the fight goes on the more distorted and twisted its face becomes. By the end of the battle, you almost feel sorry for Nightmare as its face resembles what would happen if you threw some ham into a burning wax factory. A truly bizarre creation that sticks hard in the memory long after meeting it for the first time.

Aazelion, or as it is more commonly known, ‘That grabby-thingy’, is remarkable in how unexplained it is. Even scanning the creature comes up short, merely saying the animal is “unknown”. Located in the belly of Phaaze, the home of the mutagen Phazon, Aazelion is affixed to a wall, waiting for prey to fall through the chasm so it can feast on its unlucky victim. Its five glowing purple eyes seem completely vacuous as if there is nothing behind them. It is unclear whether this is a species of animal or just one creation resulting from years of gestation in Phazon. One thing is for certain though, this is a weird specimen.

The final boss of Metroid Prime 2 is a strange fellow indeed, being mutated by both Phazon and dark energy. What is especially weird about this beast is its transformations and how unrecognizable they are to each version that came before them. Its initial appearance sees it sporting vast tendrils, sprouting from its huge black mass. It then changes into this poisonous blob, emitting strange and troubling gases from its skin. This is then followed by its spider-like form, complete with a glowing mouth area that gives the appearance of a dastardly, toothy grin. None of these versions are particularly shocking on their own, but the combination of them all makes you wonder what monstrosity you are fighting.

The eponymous Metroids are of course a large part of the series lore and have appeared in many messed-up variants over the past 30 years. From the Hunter Metroids of Metroid Prime to the Queen Metroid, they have been experimented and mutated to a point beyond recognition on countless occasions. But perhaps the strangest version is the Zeta Metroid, appearing as one of the final abominations that you must eliminate in Metroid II: The Return of Samus. While not quite the full Omega Metroid, the Zeta variant’s appearance is most odd, looking part dinosaur, part egg, part human-child. How it looks in the concept art and how it appears in the game are very different given the limited technology of the Game Boy. In the game, the creature looks scarier, with the lack of color in the game adding to that effect. It is one of the best examples in the franchise of a creature that feels ‘alien’.

Editor’s Note: This article was originally published on August 4, 2016.