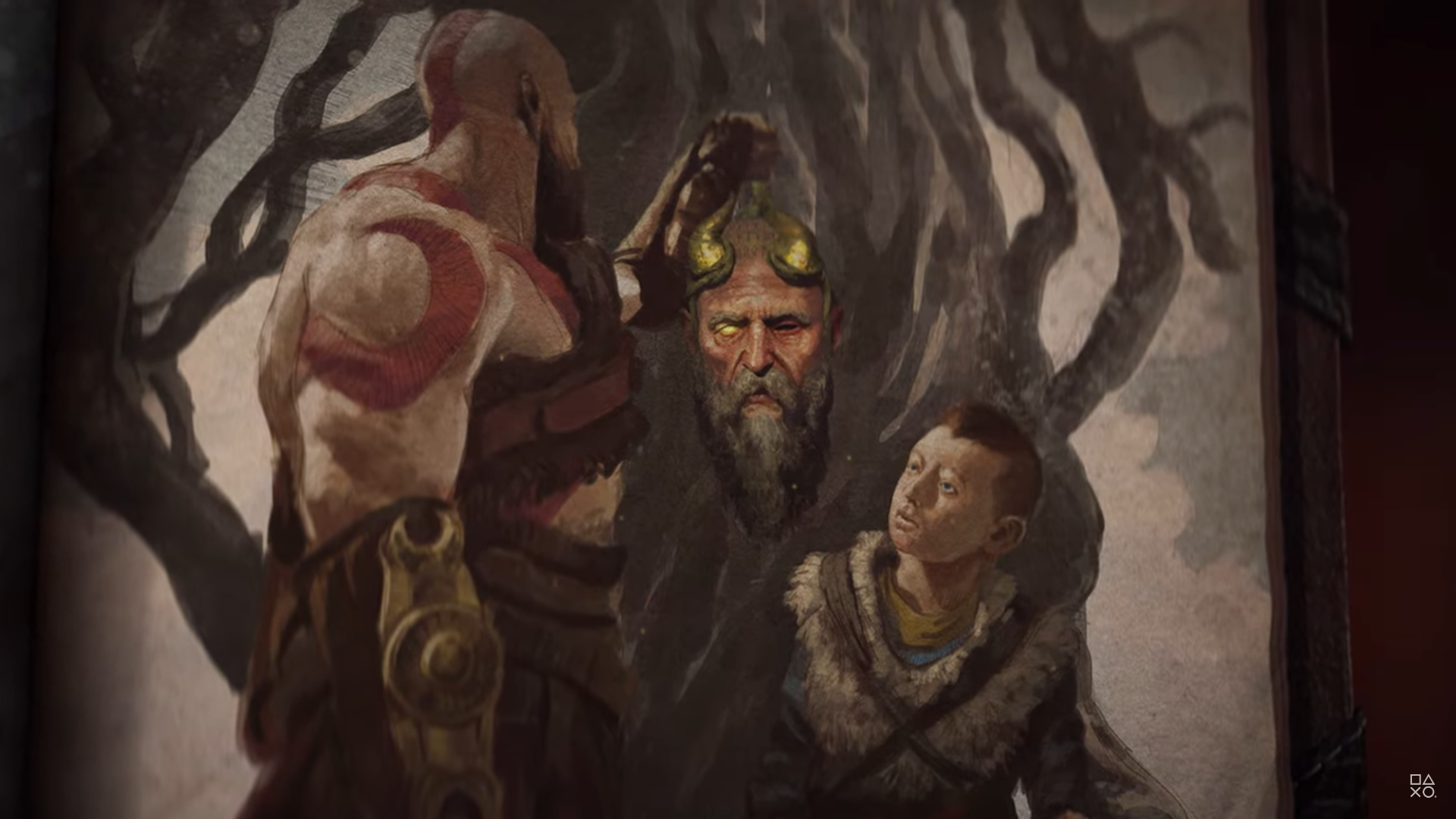 With only three months left until the long-awaited God of War Ragnarök releases on PS4 and PS5, there’s never been a better time for a story recap. What better way to tell the tale of Kratos and his son Atreus than with the talents of Felicia Day and Alastair Duncan, the latter known for his stellar performance as the comical and insightful Mimir, Smartest Man Alive?

Thanks to the new PlayStation Myths of Midgard video, a stunning animated rendition of the legendary God of War’s latest adventure takes viewers on a seven-minute journey of drama and conflict, beautifully narrated with rhyming couplets. Containing full spoilers for Sony Santa Monica’s 2018 blockbuster, the Myths of Midgard video succinctly covers all the main points while leaving out some of the finer details (including some major emotional beats) for new players to discover for themselves should they dive into the game before God of War Ragnarök arrives in November.

At the end of the video, Mimir teases that the story should go on, commenting that “things were just getting good” and that “this is the most dramatic part”. Unfortunately, however, a lightning strike from outside causes both Mimir and narrator Felicia Day to cut things short, before telling viewers that they should find out for themselves what happens when God of War Ragnarök comes out. Mimir’s words certainly add to the already massive hype surrounding the upcoming sequel to The Game Awards’ 2018 Game of the Year — how exactly will Ragnarök make things more dramatic?

The full Myths of Midgard video can be watched below, and it’s highly recommended both for curious new fans and those who played God of War (2018) and need a quick refresher. For more God of War franchise content on Goomba Stomp, make sure to check out the various collector’s editions for the upcoming God of War Ragnarök, as well as this magnificent sand sculpture in Taiwan that impressed fans and developers alike.