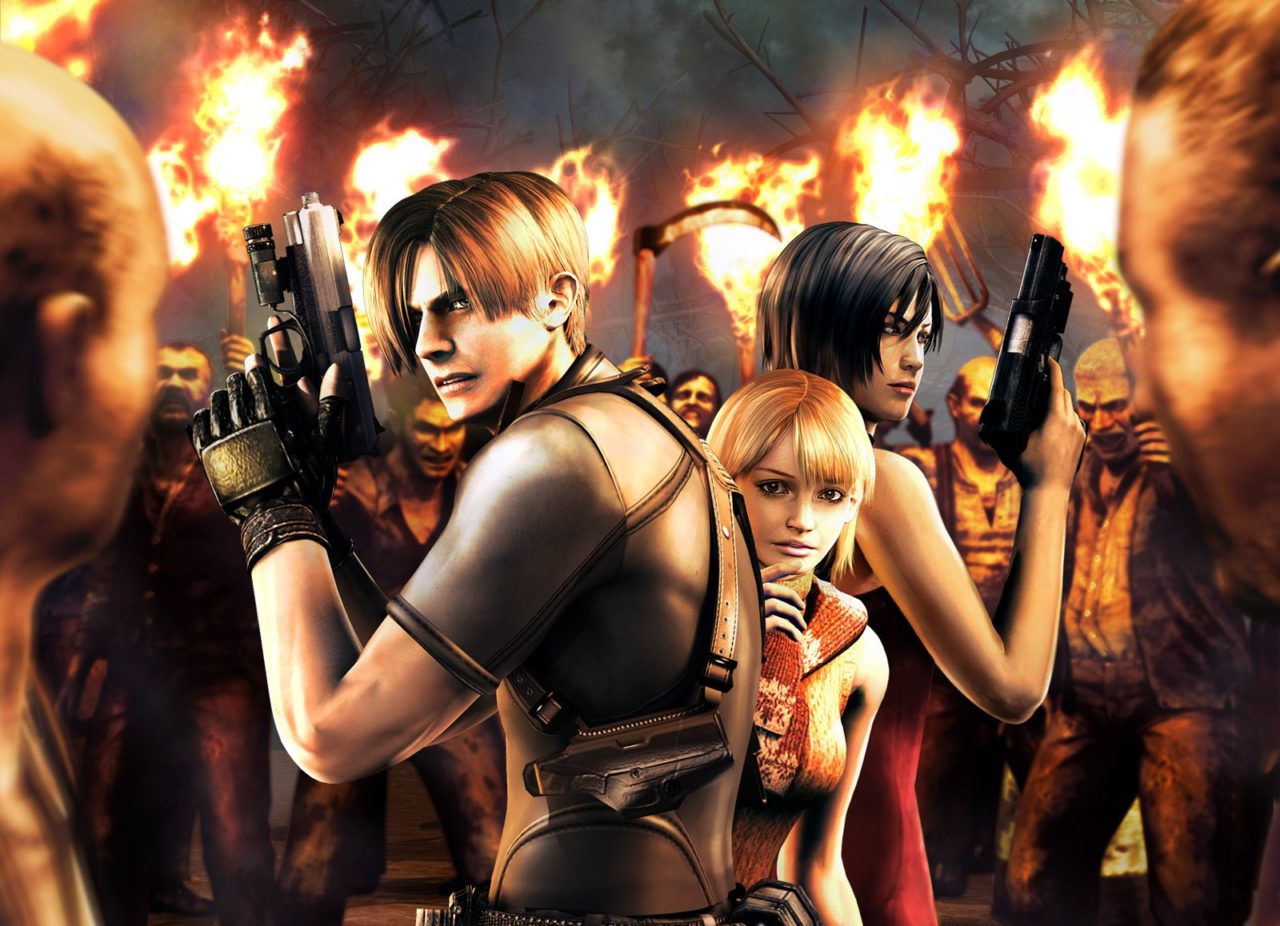 It might be hard to believe for people that didn’t grow up with the Resident Evil series, but Resident Evil wasn’t always like this. Back in the 90s when the survival-horror genre was still in its infancy, there was no such thing as over-the-shoulder cameras or adaptive AI. What Resident Evil used to look like now seems somehow quaint compared to what we’ve grown used to since the release of Resident Evil 4 back in 2005.

Tank controls made maneuvering your character completely counter-intuitive, a situation that was only exacerbated by the often frenetic nature of RE gameplay staples like jump scares, fast-moving enemies, and chase sequences that could kill you with a single mistake. Keep in mind also that the first six RE titles (including Zero, the Remake, and the unnumbered Code Veronica) had only manual saving, and even that was limited. Players were given the option to save when they happened upon a typewriter and were lucky or careful enough to have an ink ribbon handy. With that said, though, the game ranked you based on how many saves you made, so if you wanted to pat yourself on the back after the end credits then you would be trying to save as little as possible.

What all of this miscellaneous information breaks down to for the layman is the fact that you could be killed after playing as much as half an hour (or much more) by having a jump scare throw you off of your game and the ridiculous controller scheme trick you into running straight into a one-hit kill of your own design. It was, in a word, insane.

This is not to suggest that the games prior to RE4 hold no merit, Resident Evil 2, in particular, is a big favorite of mine, and with a remake from Capcom, and the success of the re-release of the Remake (let that sentence roll around your head for a second) the old way of doing things may be due for a resurgence. Maybe a touch ironic, all things considered, as that pattern exactly was what was wrong with the series a decade ago.

Since RE2, not much had changed in the four other games that followed. The graphics improved, the enemy types diverged but otherwise, the song remained the same. Resident Evil 4 changed all of that in a dramatic way.

When the RE4 trailer came on the scene back in May of 2004, fans of the series were gob-smacked. It showcased new features that would become not just series mainstays but industry mainstays following its release. Quick-time-events, context-sensitive buttons, a complex cover system, and a huge arsenal of weapons that could be carried all at once, all while employing a Gothic-horror European setting and enemies that weren’t zombies or humans but something in between. This wasn’t just Resident Evil anymore, this was something else entirely.

The final product was more jaw-dropping still. Featuring a campaign that could last as long as 20 hours (a typical RE game lasted 6-10 hours up until that point) and a wide range of different gameplay styles that changed on the fly. Players fought off sieges from invading enemies who would raise ladders to the windows, take chainsaws to the doors, or try and smoke them out by starting a fire. Compared to the tight constraints and corridor battles of Resident Evil 0, released not even 2 years prior, to this–it was a whole new world.

Though fans were optimistic of the sequels that were announced in its wake, the follow-ups failed to capitalize or improve on the groundwork laid by Resident Evil 4. Resident Evil 5 focused heavily on multiplayer while jettisoning the MGS-lite storyline in favor of a weird world of James Bond-like villains, nonsensical plot lines, and ridiculous action cliches. RE6 was more troubled still, as the peculiar lack of confidence the series found itself with was now showing transparently in the design itself. It was not one game anymore but four different games altogether, with changing tones, scenarios, and even genres. Did the creators even know what they wanted this game to be? And if they didn’t why the hell should the fans be expected to care, or to decide for them?

Then there were the spin-offs. Operation: Racoon City returned to the beaten-to-death well of the original canonical incident once again, this time as a tactical shooter game. Meanwhile, Revelations tried to incorporate the new gameplay style into a more traditional title but released only on a portable system to restrict the gambit, though its surprising success later leads to a console port, even while it had insane lines like “Me and my sweet ass are on the way!” And somehow we thought we’d seen the most ridiculous RE dialogue with the Jill-sandwiches and masters of unlocking in the original. This was 2012, and somehow it was even more insane, not just because of the absurdity of the dialogue but because it followed over 15 years later.

This is the strange and sad place that the series finds itself today. Trapped between the expectations that were created when Resident Evil 4 blew everyone’s minds back in January of 2005, yet tempered by the lackluster games that followed it, and salted still by the nostalgic love gamers hold for the titles that preceded it. It’s a state of affairs that few companies would wish to be in with a major franchise like this, and barring a full reboot of the series, Capcom has instead decided to remake yet another classic game from the franchise. It’s a smart move and one that will probably yield both fantastic profits and a quality game but it’s hard not to feel the sense of stagnation that the series was already deeply mired in stretch even further with this as the main focus, and yet another spin-off on the way in the meantime.