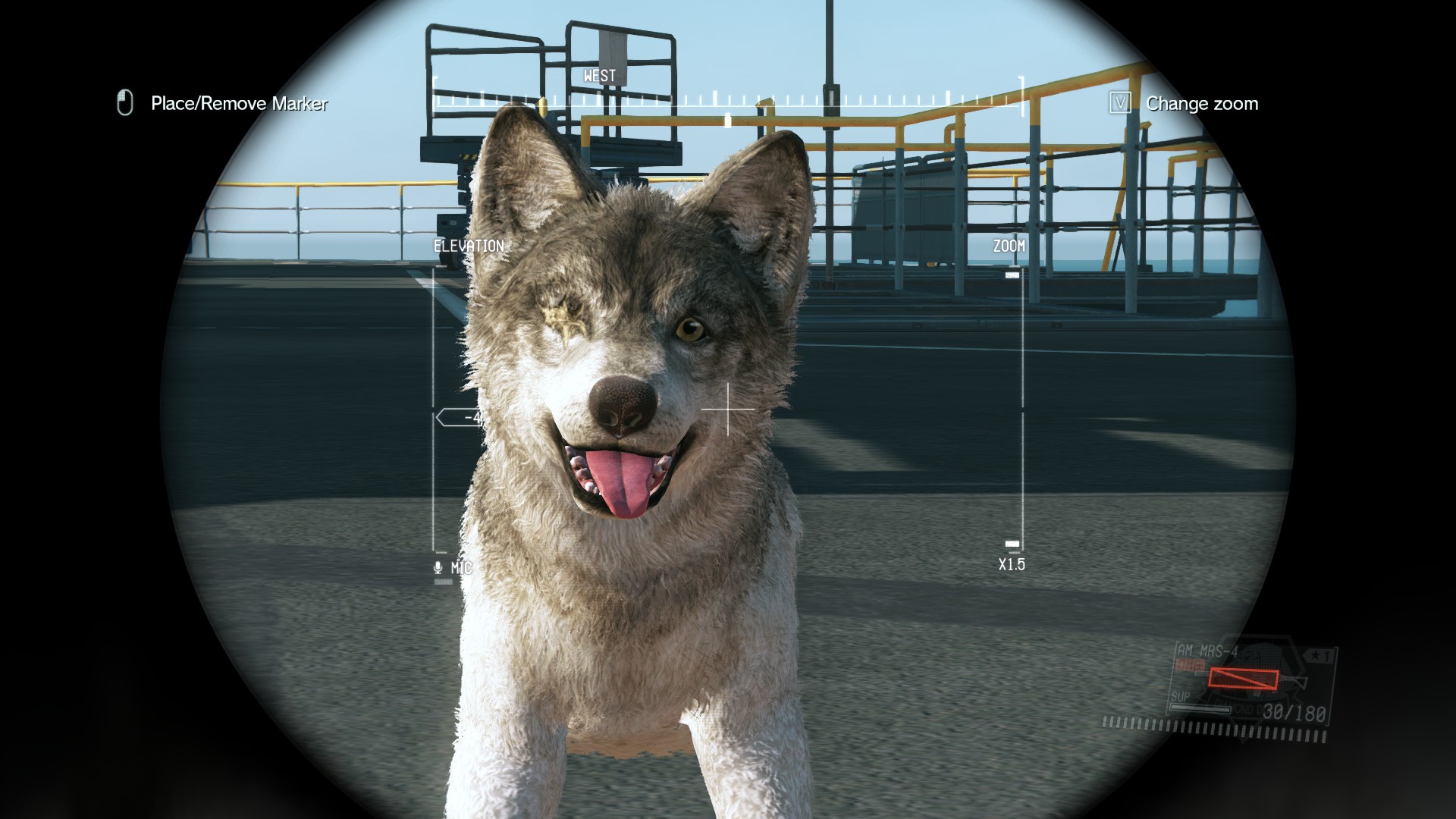 There have been plenty of great animal side kicks in gaming over the years, so it was tough to narrow this list down to just five. With that in mind, I’ve excluded any characters which are clearly animals, but at the same time exude extremely humanoid characteristics, like speech, so no Tails (Sonic) or Kazooie (Banjo-Kazooie). Also, robots that look and/or act like animals still aren’t animals, so no Rush (Mega Man) or Dog (Half-Life 2). We’re focusing on furry friends who fit the role of animal companion in a more traditional sense. 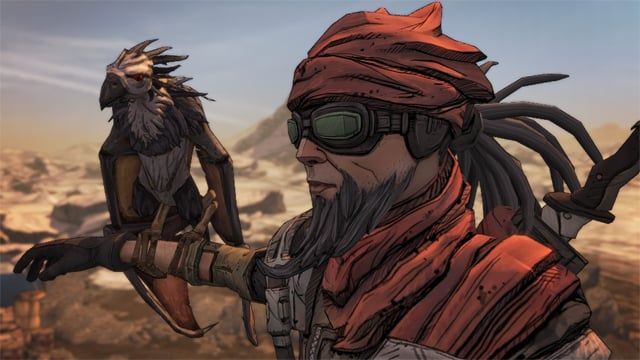 A lot of different types of animals have been used as loyal companions in video games over the years, but one of the most underrepresented groups would have to be the terrifying carnivorous birds. Thankfully, we have Mordecai’s faithful companion, Bloodwing. The Borderlands series is all about murdering flocks of enemies and looting their remains, and no one does it better, or faster, than Bloodwing. Early on in the game he’ll only target one enemy, but if you invest some skills points into him, and get the right class mod, Bloodwing can maul up to 10 different enemies in a single cast. You’d think such a powerful ability would have a long cooldown, but again, with the right mods, you can reduce the cooldown to 1 second. Yeah, 1 second. Bloodwing will take care of annoying enemies hiding behind cover, and he can even kill burrowed enemies before they surface. Perhaps the craziest aspect of Bloodwing is that he’s the only skill in the game that won’t get cancelled if your character gets downed during combat. So, if Mordecai casts Bloodwing and then gets crippled, Bloodwing will still continue to attack, and if Bloodwing kills an enemy, Mordecai’s second wind will activate, reviving him. As a person who preferred playing as Brick, nothings more annoying than activating your Berserk mode (which gives you damage resistance and powerful punching attacks), only to have your co-op buddy throw out Bloodwing and kill everything before you can even get into melee range. So over powered. 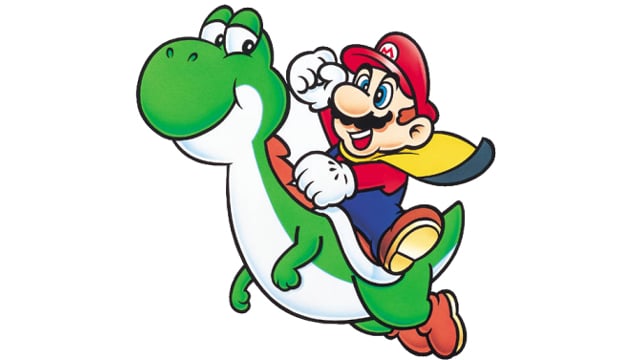 These days Yoshi is a bit of a celebrity in his own right, starring in his own games and what not, but back in 1990 he debuted as Mario’s dinosaur companion in Super Mario World. He could be used as a mount, allowing the player to move quicker, and he could eat all sorts of things, including most enemies. Heartless gamers could also use Yoshi sort of like a spring board, jumping off him at the right time to gain more distance, but doing this either resulted in leaving Yoshi behind, or sending him directly into a bottomless pit. Easily the oldest character on this list, Yoshi will always be one of gaming’s best animal sidekicks. 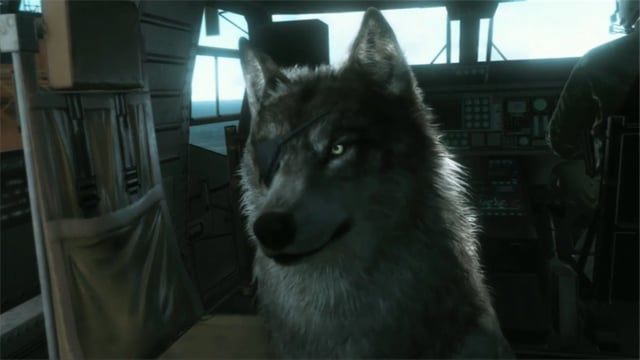 What’s more dangerous than a wolf that’s been trained by an Ocelot? Not much. While Quiet can mark enemies for you, she’ll often miss a handful. D-Dog on the other hand can sniff out every single enemy within a hundred yard radius without fail, plus pin point the location of other animals, plants, and most importantly, hostages. Who needs a soliton radar when you have a vicious attack dog who’ll not only locate your enemies, but take them out quickly, and silently. No matter how heavily armored an opponent is, DD can sneak up on them, and slit their throat for an insta-kill. Yeah, that’s right, he’s a dog who can wield a knife. And he’s missing an eye, so of course he wears an eye patch, just like Big Boss. It’s a match made in heaven. 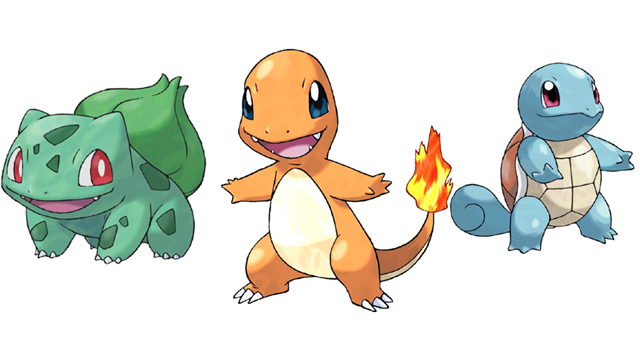 Back in 1998 I embarked on a journey to be the very best, like no one ever was. When Professor Oak offered me one of three Pokémon to start with, there wasn’t all that much thought put into my decision. I just took the blue one that sorta looked like a turtle, because I always preferred water types for whatever reason. I wasn’t aware of it at the time, but choosing that Squirtle was the first step in the creation of long lasting relationship. That Squirtle went on to be the first Pokémon I did battle with, the first Pokémon I evolved, and the first Pokémon I got to level 100. He was there with me when I won my first badge, he helped me take down the Elite Four, and ultimately he was by my side when I defeated my rival at the very end of the game. Lots of different Pokémon found their way in and out my main party of 6 at one time or another, but that first slot never changed. When I got Pokémon Gold, my primary concern was trading my old friend over to the new game. When I got Pokémon Stadium, the first thing I did was use that N64 Transfer Pak to bring my trusty companion into the 3D arena. Sure there were other Pokémon I got attached to, and yeah, lots of other trainers had Squirtles too, but none of them could ever hold a candle to my companion. Whether you played the first generation of Pokémon games, the sixth, or any in-between, that moment when you selected your first ever pocket monster was a special one.

1) Agro (Shadow of The Colossus) **Warning: Spoilers below** 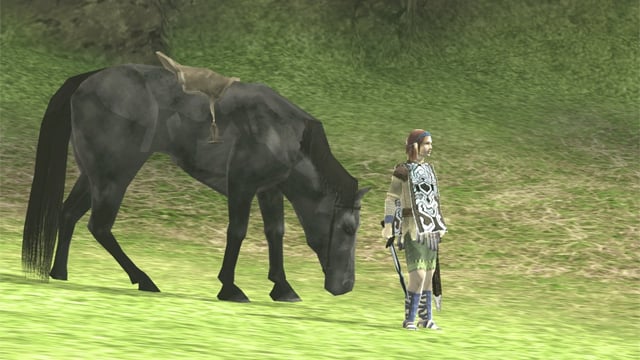 You’re on a mission to slay 16 colossi in hopes of restoring an ancient power, which you indented to use to resurrect a fallen companion. The giant beasts you’re hunting are hidden throughout a large area known as the Forbidden Land. This land is massive, but also barren. Aside from the monsters your searching for, there is no one to interact with. The daunting task before you, plus the ominous sense of solitude would be enough to drive any sane man over the edge. Thankfully, you aren’t alone on this quest. By your side is your trusty steed, Agro. He not only serves as your mode transportation throughout the land, but he also proves to be an invaluable asset in battle as well. While the main character, Wander, is clearly willing to risk life and limb for someone he loves, the same can be said of Agro, and in the end, he makes the ultimate sacrifice. When making the journey to the final colossus, the duo must cross an ancient bridge, but as soon as Agro’s hooves make contact with the stone, the bridge begins to collapse. Agro attempts to make it all the way across, but near the end he loses his footing, and in a last ditch effort he kicks his hind legs upwards and flings Wander to safety before falling to his death.