One of the most ubiquitous trends of the last 2 gaming generations has been the HD Remaster Collection. Being a fun way for older gamers to replay some of their classic favorites, the HD Remaster has become one of the highest profit sectors of the industry for its ability to generate revenue from an already established product.

Just apply a fresh coat of paint and a few modern conveniences to the package and you’re off to the races. Hey, we’re not complaining. Some of the best times we’ve had this generation have been from replaying some of our old faves. However, with the end of the trend nowhere in sight, we asked ourselves: which collections are still noticeably absent?

Here’s what we came up with!

Capcom has always had a knack for nailing down what’s hot and giving it to the people. Combining the exploding popularity of both dinosaurs and survival horror in the 90s, the company would give birth to the Dino Crisis series.

The first two games were fantastic, particularly the more action heavy second game in the series. While the space-centric third entry was a bit of a letdown, players would be hard-pressed to turn down an HD Remaster Collection of dino-fighting, nail-biting action this good.

The Parasite Eve series emerged when Square were at their most financially freewheeling and wildly experimental, during the PS1 era. Amid occasional flubs like Tobal No. 1 and Ehrgeiz came the Parasite Eve franchise, a unique blend of survival horror and tactical battle mechanics.

Casting players as NYPD cop Aya Brea, Parasite Eve sees you trying to put a stop to the malevolent Mitochondria Eve: a creature whose cells are mutating at an alarming rate and making her a threat to all of mankind. With two strong sequels, the latter of which was exclusive to the PSP, a set of Parasite Eve HD Remasters would be a wonderful gift to modern survival horror fans, and a great incentive for Square-Enix to add another entry to the series.

The Xenosaga series was something of a divisive entry to the PS2 RPG sphere. While some acclimated gratefully to its hours upon hours of deep, science fiction and anime-fuelled space opera action, others gritted their teeth at the endless cutscenes and grind heavy gameplay.

Modern conveniences like speed-up mechanics and level boosters could please both camps, however, and give one of the strongest stories in the history of RPGs another chance at life… and maybe even a revival. This is truly an epic, all encompassing tale and one that deserves to be experienced by modern audiences via an HD Remaster.

The Dead Space series had to have one of the most novel gameplay mechanics in the history of the survival horror genre. While series’ like Resident Evil and Silent Hill taught us to aim for the chest and head, Dead Space prioritized the dismemberment of its undead legions instead.

The grisly, science fiction action and horror of the series gives it a flavor unique to franchises like Alien. It’s a series as much about the wonder and majesty of space as it is about battling an evil monolith that repurposes the dead into a never ending army of intergalactic death predators. Even if the third game was a bit of a letdown, an HD Remaster Collection of all three would sell like gangbusters in the age of endless horror game streaming we currently occupy.

Diablo III was one of the biggest smash hits of the previous generation of consoles and PCs. Bought and re-bought by gamers across multiple platforms and collections over the years since its release, is there any question that gamers would like a bit more Diablo to sink their teeth into?

Re-releasing the first two games as is would be fantastic, but if Blizzard deigned to remaster them with the Diablo III engine, oh boy, talk about a license to print money. Either way, a chance to go back to these signature action-RPGs would be a lovely gift to fans of the third game.

Bioware’s science fiction odyssey has been among the most requested remaster collections by ardent series fans for years–and with good reason. The Mass Effect trilogy has some of the strongest world-building, character development and deep sci-fi lore that the sci-fi genre has ever seen.

Add in the choice mechanic that allows players to shape the journey of their characters across three separate adventures, and this collection practically triples in value based on replays alone. A true one of a kind experience, the Mass Effect Trilogy deserves to be played (or replayed) by today’s gamers.

The ultimate survival horror collection would unquestionably have to be one which contains Silent Hill, Silent Hill 2, Silent Hill 3, and Silent Hill 4: The Room. While the fourth game was considered something of a falling off for the series, having been repurposed as a Silent Hill game, the first three are some of the most fondly remembered nightmare fuel in the genre.

Silent Hill 2 and 3 in particular are some of the best games the legendary PS2 ever saw. With deep, psychological horror and grisly, disturbing imagery, these two games deserve to be played, and experienced, by modern day horror hounds. Bonus points if Konami includes P.T. as an extra incentive to pick up this HD Remaster Collection.

Few series have had the impact on the gaming industry that the Metal Gear Solid series has. From the essentially overnight creation of the entire stealth genre, to the depth of storytelling, to the cinematic presentation for which the franchise has come to be known.

Collecting the first four games in the series into a mega set of some of the best games from the PS1 to the PS3 would make for one of the most epic, awe-inspiring sets of games ever placed together into an HD Remaster Collection. Hell, if Konami wants even more bang for their buck, they could add in Portable Ops and Peace Walker, making the former playable on consoles for the first time ever. 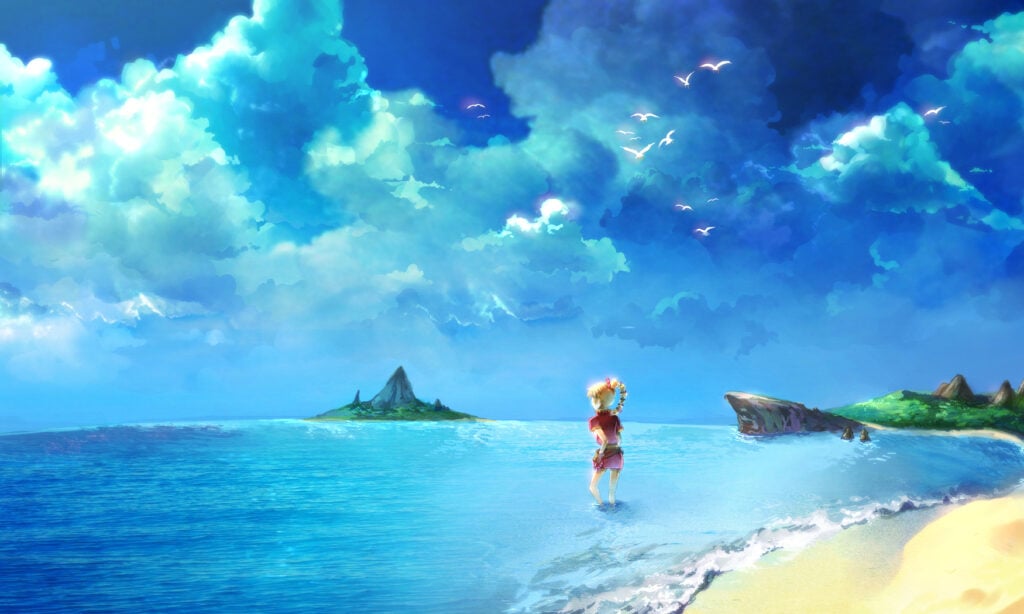 Chrono Trigger has long been known as one of the most beloved RPGs of all time. Commonly found on lists of the best games ever made, the nostalgia and memories that older gamers have for the ultimate dream team RPG is virtually unrivaled by any other game in the genre.

Chrono Cross, while more divisive, is still a fondly remembered game, and home to maybe the best soundtrack in the history of the medium. Further, the enhanced quick saves and upgrades of modern times would make it much easier to chase down the many endings that each of these wonderful games offers in their time-jumping, dimension-splitting adventures.

The ultimate retro RPG collection, a massive 200+ hour journey through some of the greatest old-school role-playing games of all time. The Final Fantasy series is one of the most beloved franchises in the history of gaming, and a 6 part collection of the 8 and 16 bit entries in the series would be an absolute godsend.

Final Fantasy IV and VI in particular are some of the most beloved games in the franchise, and some of the best RPGs ever put to the indestructible plastic of a gaming cartridge. To be able to play them again with quick saves, trophies and the other bells and whistles of our modern era would make them well worth returning to.