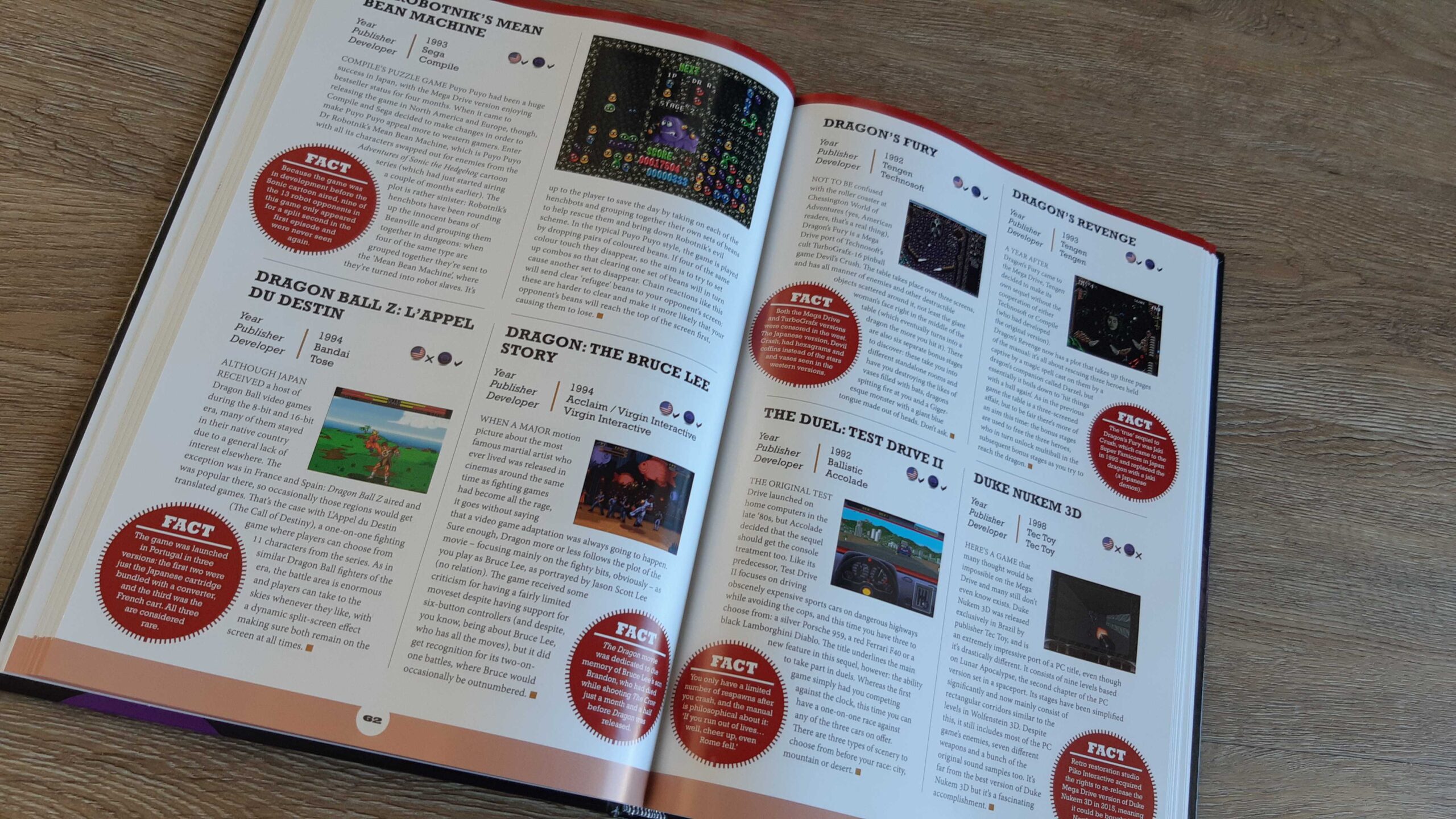 The Sega Genesis has always been a console that eluded me. I never had one growing up, but would go to a friend’s house and play Sonic The Hedgehog and Jurassic Park on his Genesis (or Mega Drive if you lived outside of North America), while all my other time was spent at home playing the Super Nintendo. Since childhood, the fascination with the console grew but would quickly die down the moment I remembered I could just replay Teenage Mutant Ninja Turtles IV: Turtles in Time or Captain Commando on my SNES. It’s in those types of games though that the Sega Genesis flourished.

When going through Chris Scullion’s latest encyclopedia, The Sega Mega Drive and Genesis Encylopedia, it became evident that the games I loved growing up were arcade games brought to home consoles. The Sega Genesis was a haven for arcade ports as developers and publishers decried Nintendo’s strict rules regarding what could go on their platform, pushing games to Sega’s 16-bit console. The two-year lead that Sega held with the Genesis in North America and its mascot, the infinitely cooler Sonic the Hedgehog, helped propel the console’s sales and maintain a lead against Nintendo’s Super Nintendo during the holiday season.

Those familiar with Scullion’s past encyclopedias will find a familiar design to the book itself. What sets this one apart is that it covers significantly more games, and even when games that appeared on multiple consoles (such as the abundance of movie tie-ins and third-party ports) resurface in this collection of games, Scullion doesn’t copy and paste his previous comments to save time. Those who bought The Super Nintendo Encyclopedia will get their money’s worth with this because not only do you get a comprehensive list and descriptions of the Genesis’ vast library of titles, but you also get some insight into lesser-known releases like the games released for the Sega Mega CD and Sega 32x.

For myself, the appeal to Scullion’s books are that they are fantastic coffee table books. Each game gets a little write up that overviews it, sometimes focused on the story, the gameplay, or other standout features; a screenshot that shows the game in action; some general info like developer, publisher, release year, and which regions it found a home in; and a fun fact about the title. The overlap of some games with his SNES encyclopedia frequently results in the fun fact being a little bit less interesting in the Genesis encyclopedia, but your mileage may vary, of course. The upside is that like the descriptions that were written anew for duplicate titles, the fun facts are also different, so even though they may feel more slight, they’re at least not the same.

The Sega Mega Drive and Genesis Encyclopedia also has the unenviable task of covering a larger swath of games in a similarly-sized package. The Genesis saw the releases of 799 games across North America, Europe, Australia, and South America. Meanwhile, the Super Nintendo saw 779 games released across North America, Europe, and Australia. This is not to mention the additional games released for the Mega CD and 32x that Scullion’s latest book covers as well. It’s a gargantuan task and while some entries do feel more quickly put together, those interested in retro gaming and the titles they may not have heard of will still find interest in having such a massive library of games in an easily digestible format.

That’s the ultimate appeal of these encyclopedias for me. They’re not intended to be deep dives into the history of the console they’re about, and instead offer a cursory look at everything offered on the platform. For a completionist like myself, it’s also worth having insight into the similarities and differences between the Genesis and the SNES libraries. However, even if you don’t purchase the SNES encyclopedia as well (which I highly recommend buying simply because I still believe its library to be superior in many ways), you’re still in good hands with the Genesis encyclopedia due to Scullion’s dedication in treating even retreaded territory as if it’s the first time he’s covered it. No one is left behind, which is a rare feat when there is such an overlap of titles.

Coffee table book fans will revel in the full-colored screenshots and bite-sized descriptions. It’s an easy book to pull out and peruse at your leisure and works as an excellent reference point when deciding what game to dive into next. Not everything is a Sonic the Hedgehog, Altered Beast, or Golden Axe, but Scullion doesn’t treat them any differently, which offers a refreshingly objective perspective on games of varying quality. The Sega Mega Drive and Genesis Encyclopedia is a must-buy for fans of the console and a perfect addition to any retro game fan’s library.