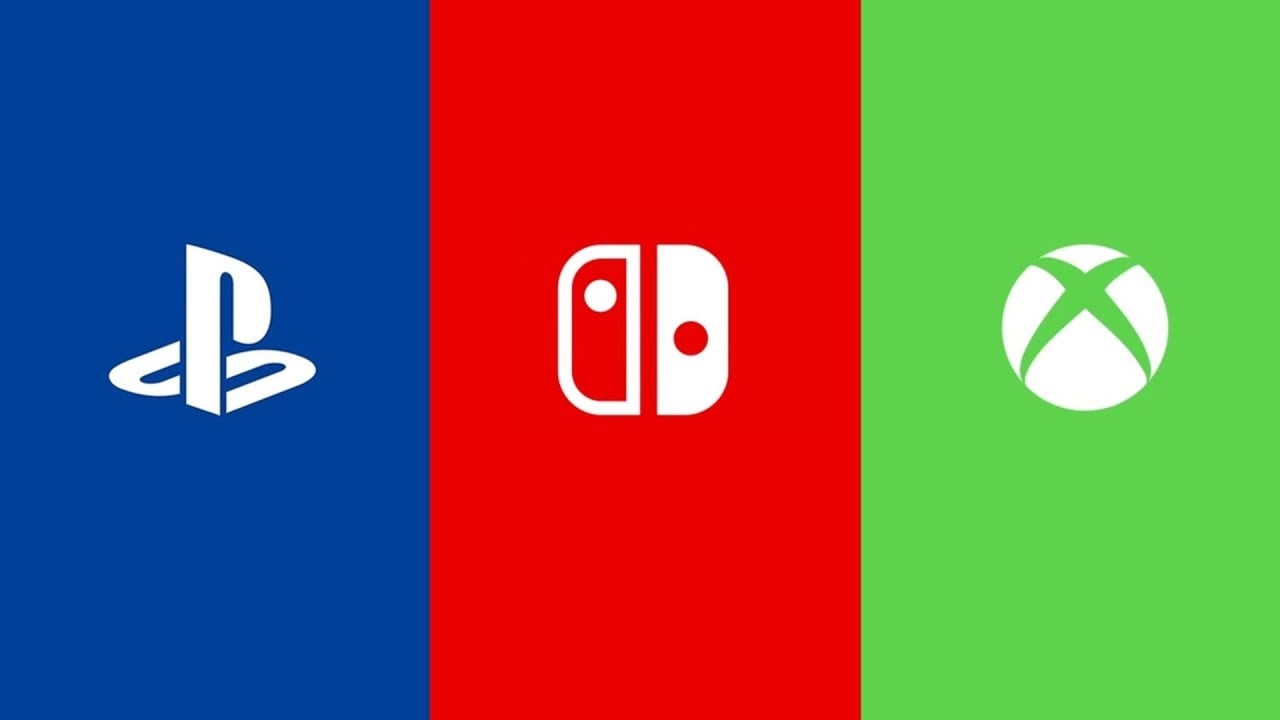 There really is no feeling quite like getting a new console early in its lifespan and feeling the excitement and potential that comes with it. The smell of unboxing new hardware and the sound of hearing it boot up for the first time inspires awe at the stories, characters, and adventures that await. While in that moment, each generation feels completely new and novel like nothing will ever be able to match what you are about to experience. However, that feeling is really only true about half the time.

Despite there being two full generations of consoles prior, modern video games didn’t really take shape until the third generation with the Nintendo Entertainment System and Sega Master System. Since then, the industry has settled into a two-generation cycle alternating between revolutionary and evolutionary changes that continues to this day.

Since the release of the NES, the industry has settled into a reliable two-generation cadence. Odd-numbered generations are those that introduce a revolutionary new feature and build an entire console around it while even-numbered generations take the revolutionary feature that came in the generation prior and refine and polish it to a mirror sheen. This has been happening for nearly 40 years and while some manufacturers are slightly more aggressive and ahead of the curve, others are consistently more conservative playing technological catch up early on in the cycle.

The catalyst cycle for the current pattern was based entirely on two-dimensional gaming. Yes, two-dimensional gaming existed prior to the NES and Sega Master System, but the extent to which those systems pushed 2D gaming was unprecedented. Side-scrolling games like Super Mario Bros., Metroid, Castlevania, Teenage Mutant Ninja Turtles, Mega Man, Duck Tales, and Double Dragon became the new standard during the third generation. Two-dimensional side-scrolling technology opened up entirely new potential for adventure through rich complex worlds that brought the medium of video games to new heights.

But regardless of all the advancements made during the third generation, the experience was still clunky and limited by the technology on which those games were being experienced. There was still work to be done.

Games like Super Mario World, A Link to the Past, Super Metroid, Sonic the Hedgehog 1, 2, 3, & Knuckles, the Donkey Kong Country trilogy, Streets of Rage, and NHL ’94 would elevate the entire medium of gaming in ways previously thought impossible. The 16-bit consoles empowered developers to realize images of sprites that had only been things of dreams just years prior during the third generation. Increased processing power provided the power for smooth and fast gameplay making for much more intense and visceral experiences. The fourth generation truly was two-dimensional gaming at its best.

But like any other technology, gaming wouldn’t remain stagnant. Even late in the fourth generation, the third dimension was already on the horizon in the minds of both developers and audiences alike. And that coveted third dimension would arrive with Sony’s PlayStation, Segas’s Saturn, and eventually the Nintendo 64. While the 3D cycle of consoles would provide audiences with some of the best games of all time like Super Mario 64, Starfox 64, Crash Bandicoot, Metal Gear Solid, Spyro the Dragon, and Banjo Kazooie there was a notable downside.

At the beginning of the second cycle of progress, the fifth generation was the first time that players would experience a new capability working to the detriment of the quality of the average game. The two generations of experience that developers had in developing 2D games made titles from the late fourth generation of significantly greater quality than those of the early 3D era, but that wouldn’t last long.

By the start of the sixth generation, developers had learned the basics of designing games in a 3D space and the hardware technology had changed to better empower players to navigate those environments. Being an even-numbered generation, the sixth generation of consoles was all about refinement and polishing, and the single most impactful part of that polishing came in the addition of a second analog stick to almost every controller.

While the PlayStation’s DualAnalog and DualShock controllers had provided developers the second stick late in the fifth generation, that stick’s potential wouldn’t be realized or normalized until the sixth generation. Halo: Combat Evolved launched in November 2001 and set the standard for first-person shooter controls on consoles that still remains in place today. Games like Halo, Splinter Cell, Metal Gear Solid 2, Metroid Prime, and Super Mario Sunshine would go on to prove that developers finally had a handle on designing games in a 3D space and had reached the previous standards of quality set late in the fourth generation.

And once again, the cycle would reset. But unlike the previous cycle, the new cycle that began with the seventh generation of consoles on the Xbox 360 and PlayStation 3 would not introduce a new dimension but instead would be built from the ground up to be experienced online. While an online connection was available during the sixth generation with Xbox Live, it wasn’t until the seventh generation that that online experience would be at the core of everything the player did on their console.

And at the core it was, for a few years during the seventh generation it seemed as though every primarily single-player game released featured a completely superfluous online multiplayer mode for the express purpose of not appearing behind the times. Games like Bioshock 2, The Last of Us, Uncharted 3, Condemned 2, Dead Space 2, Mass Effect 3, Max Payne 3, and so many more were incredible single-player experiences that for whatever reason devoted development resources to multiplayer modes that only a small fraction of the audience actually played. It wouldn’t be until the beginning of the eighth generation of consoles that developers and publishers would move away from traditional games with a tacked-on multiplayer mode to fully realize the potential of their persistent internet connection.

In late 2014 Activision would publish Bungie’s first non-Halo game since 2001, Destiny. Little did we know that Destiny would, in a small way, truly live up to its namesake by introducing the world to the concept of a game-as-a-service type experience that would go on to mold the perception of the eighth generation. While PC games like World of Warcraft had been doing this for years, the idea of bringing that to console was what would bring said concept into the mainstream. Destiny, and to a lesser extent Titanfall, would do the world a favor by distinctly separating the ideas of a single-player and multiplayer experience while also normalizing multiplayer-only games. It was during the back half of the online era of games that subscriptions for online access and perks would change from being premium add-ons to standard practice. Developers would be able to harness the power of the internet to create the beginnings of what non-gamers are just now starting to learn about as the “metaverse.”

And so we find ourselves at the start of the ninth generation of consoles and with it the beginning of a new cycle of innovation. While it is undeniably still early in the generation and even earlier relative to the cyclical pattern, it appears as though the next revolutionary change that will be enjoyed by gamers is the introduction and explicit outlining of ecosystems.

Just as they were with Xbox Live, Microsoft is, once again, just slightly ahead of the curve having introduced Game Pass in 2017, and just like the online era, Sony has taken a more conservative approach with the launch of the new PlayStation Plus service this summer. But despite their extremely deliberate move away from the traditional hardware arms race after the sixth generation, Nintendo was actually ahead of their competitors with respect to cultivating their own ecosystem. As it stands now, the crown jewel of Nintendo’s ecosystem is its retro games catalog, and that catalog is a direct successor to the Nintendo eShop that debuted on the Wii. While the Wii and all of Nintendo’s subsequent home and handheld consoles have offered online play, it was the Wii Shop Channel and the ability to legally purchase retro games digitally and bring that game library forward into the next generation that served as the seed of the ecosystem-based console cycle we are in now.

Game Pass, PlayStation Plus, and Nintendo Switch Online + Expansion Pass are all methods of the big three vying for the customer’s monthly subscription dollars. Those programs combined with Microsoft’s Xbox All Access program allowing players to gain access to the Xbox ecosystem at the lowest barrier to entry ever make the upcoming cycle that will later be seen as the era of ecosystems a very exciting one to watch.

For nearly 40 years, the two-generation cycle has had a lot to offer to consumers. Audiences get to see and experience the early days of new technology while their minds run wild with potential. That potential is then only realized in the next generation. But as each of the big three pushes for players to dive deeper and deeper into their own respective ecosystems this cycle could be the one that disrupts traditional hardware generations to such an extent that an entirely new model is required. Ecosystems could mean the end of the traditional generational console hardware cadence.