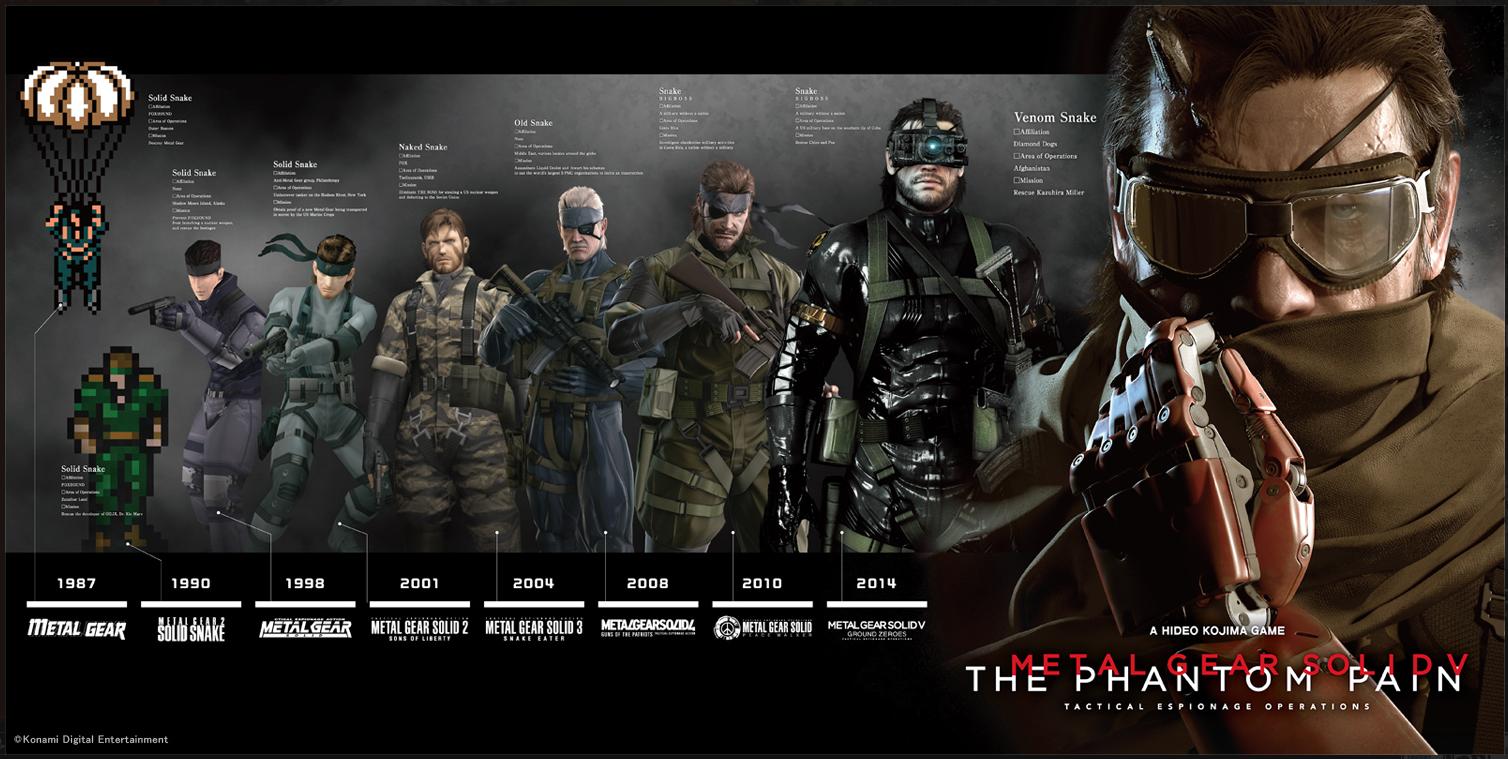 An Appreciation of the Metal Gear Solid Series

Metal Gear Solid took the world by storm in 1998; its then-revolutionary graphics, cinematic presentation, and exciting stealth-action gameplay prompted heaps of praise, elevating the series to heights the previous two MSX games never saw. With such a positive reception, it’s safe to say that everyone had high expectations for a sequel. Fortunately, series creator Hideo Kojima did too.

The Metal Gear Solid 2 Grand Game Plan is Kojima’s original design document for the highly anticipated sequel. Originally drafted in 1999, released in Japanese in 2002, and translated to English by Marc Laidlaw (no, not that one) of Junker HQ in 2006, it’s packed with early plans for gameplay mechanics and a rough outline of the story. But the insight it offers stretches far beyond just Metal Gear Solid 2’s development.

Found early on in the document, this above concept sets the stage for Metal Gear Solid 2; it had to be bigger, better, offer more thrills, while also taking advantage of the new hardware in interesting ways. This philosophy of birthing a completely new game through “heightening the tension of stealth” and pushing “maximum thrills even further” went on to push the series forward in several creative ways throughout its life.

Metal Gear Solid 2 was a step up from the original in nearly every way. The enhanced graphics meant the characters actually had faces, enemy AI was more dynamic, and the first-person aiming literally added a whole new dimension to the combat. The aiming also added a layer of tension to stealth. The seconds leading up to firing your tranquilizer gun at an unsuspecting guard were heart-pounding, as you took your time to ensure you weren’t going to miss your shot. It was a great step up from the first game, but it was only the first of many.

A few years later, Metal Gear Solid 3 arrived, and with it came multiple systems that didn’t exist before. Trading in tight indoor spaces for more open, outdoor areas, stealth ceased to be about simply staying out of sight, but rather hiding in plain sight. You had to routinely outfit Snake with various camouflages to help him blend in with the surrounding area, calling for hyper-vigilance of not just your surroundings, but how you fit into them.

The survival viewer forces you to take care of Snake, who can also get pretty roughed-up from falls, gunshots, or knife-swipes. He also has an appetite this time around; better remember to hunt for food and keep an eye on Snake’s stamina gauge, lest it runs out, and then you have to play as the worst Snake. No, not Solid, Liquid, or Solidus, but rather Hungry Snake, who can barely aim straight, recovers health slowly, and whose grumbling stomach is sure to give away your position to any guards. It’s a lot to manage, especially on top of the classic stealth gameplay. But when you pull it off, you feel like an expert.

In terms of core design, the rest of the series would walk a similar line to what MGS3 laid out. But that didn’t prevent future entries from pushing the series forward. 2006’s Portable Ops marked the beginning of a new era for Metal Gear, one that upped the thrills not so much through changes to the core design, but rather the context surrounding gameplay.

Going forward, most Metal Gear games were about going on smaller-scale foot missions, recruiting soldiers, and then assigning them to a unit. In turn, your high-level units assist in better accomplishing missions, and the cycle begins anew. Building a base of whoever you wanted to recruit allowed for a true sense of ownership over your base — something the previous games lacked.

When you have your own personal army, there’s hardly a point in going in alone on sneaking missions. Portable Ops mixed it up by allowing you to bring a four-person squad into each mission. You can play as any one of your favorite soldiers, and switch between them at will. If one goes down, you’ll respawn as whoever’s next in line. Being able to take your best soldiers into battle sounds like a blessing, but stings like a curse once they die, and you’re confronted with the reality that is permadeath. Like Revolver Ocelot once said “There are no continues.”

This ownership Portable Ops grants you a much more personal experience. Every decision made in a mission, boss fight or the game’s online multiplayer carries a lot of weight. One wrong move and you could be literal seconds away from losing a favorite soldier of yours, forever. You feel responsible for this base you’re building, and carrying that feeling into every mission makes every victory that much more thrilling, and satisfying, while every defeat cuts deeper than ever before. 2010’s Peace Walker, as well as 2015’s The Phantom Pain both, implemented similar features. But the latter, which concluded the series, sought to make Metal Gear Solid go out with a bang with a few more big changes.

What makes MGSV such a blast to play is its commitment to player choice; let’s say you’re assigned to assassinate a target. You could simply snipe him from a distance. Or, you could sneak up close, knock him out, and abduct him. Or you could fire your remote-controlled rocket-propelled arm into enemy territory, fly around till you find your target, and simply blow him up. The possibilities feel endless, which is why I’ve logged over 270 hours into the game over the past five-and-a-half years. But The Phantom Pain sought to revitalize the series not just by improving the single-player experience, but through multiplayer, too.

Forward Operating Bases (FOBs) are online encampments players can decorate with mines, security cameras, and guards, who can be outfitted with lethal or non-lethal weaponry. You can invade others’ FOBs to steal equipment, troopers, or even nuclear weapons. And others can do it right back at you. Invading other bases makes for a stellar stealth-action experience. You’re tasked with sneaking past dozens of high-ranking soldiers, and security measures, using every tool at your disposal. It truly feels like the purest form of Metal Gear Solid; a lone spy sneaking into a heavily armored base. It’s such a blast to play. But what’s surprising is how that same sentiment also extends to being invaded.

What makes being invaded so exciting is its spontaneity. You could be out and about on a mission, deep inside enemy territory. Before you know it, you’d get a notification that your base is under attack!

Upon returning to base, you’ll have to fight alongside your guards, try to scope out where your invader is, and then handle them accordingly. Metal Gear Solid started as a series about the thrills of being a single spy sneaking deep inside an enemy camp. Now, you’re the leader of that heavily-armed camp trying to root out that one lone spy. It’s a neat subversion of the series’ classic premise. It also brings the series full circle, as you fully immerse yourself in the role of Big Boss.

“What is Metal Gear Solid about?” is a loaded question. It’s a story about war and differing ideologies. But it’s also about cyborg ninjas and nanomachines that might as well be magic. Above all else though, at least according to its creator, it’s always been about “maximum thrills”. It’s fascinating to see how throughout the series’ evolution, it’s hardly strayed from that core concept laid out in 1999. I have little doubt we’ll see a new Metal Gear one day. I just hope that when we do, it finds new and innovative ways to thrill us all.