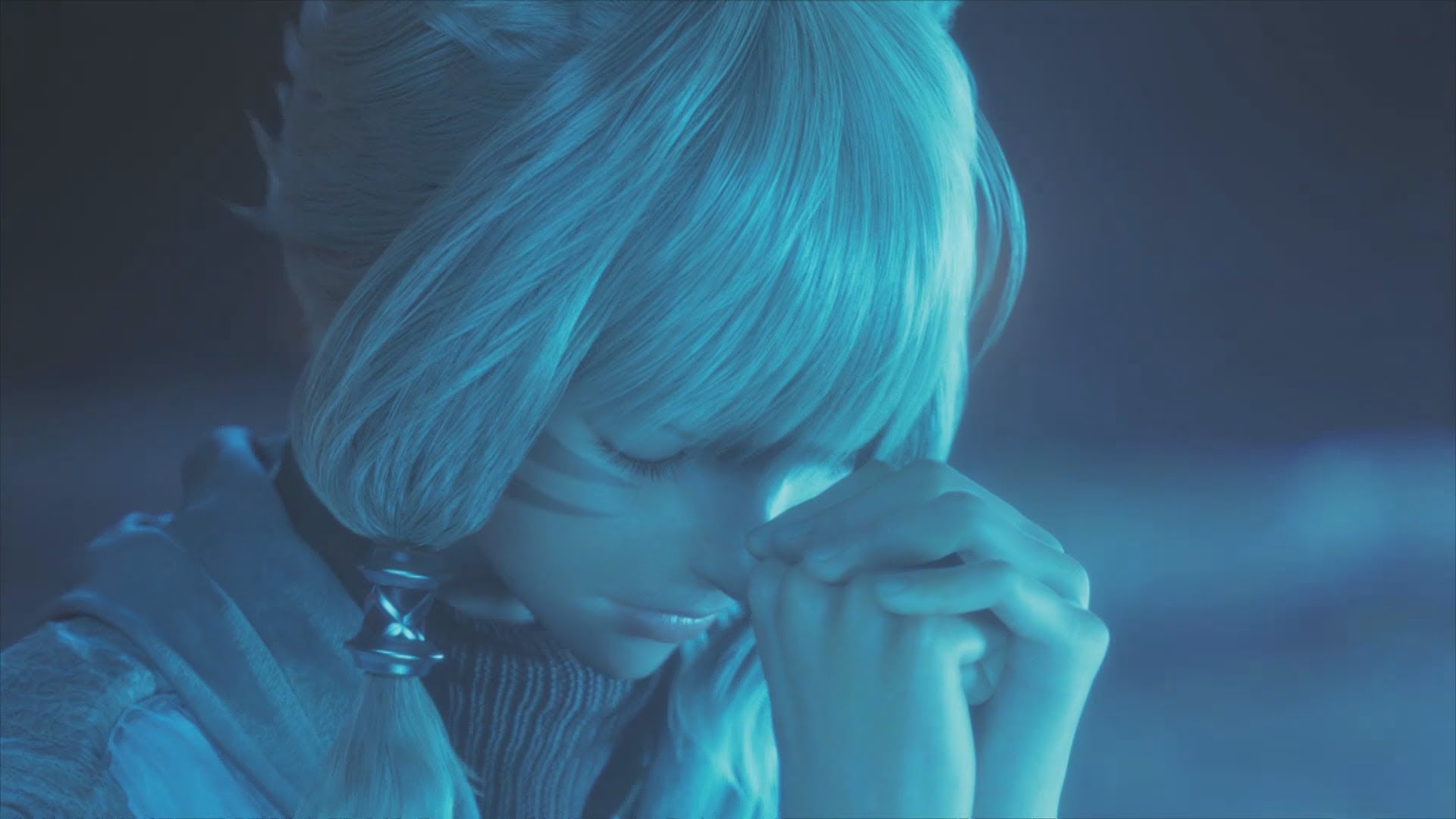 It is a testament to the excellence of games that their experiences can often keep us entrenched for hours in our real lives. Many of us readily admit that we have spent thousands, if not tens of thousands of hours, playing video games in our lifetimes. Some find them fulfilling, others cathartic, and still others find them a means to escape the menial, materialistic facade that many see life as.

For a long time in my life, Final Fantasy XIV was a means for me to escape the drudgery of the college grind and a way for me to find fulfillment during one of the most difficult periods of my life. The treadmill of content that it provided gave me goals to achieve and the myriad of friends I met online gave me a sense of community that I often lacked after leaving college.

While MMOs are known for their ability to consume and absorb the lives of people, there was something in FFXIV that was different for me, and much more benign. Much in contrast to the pay-to-win standard that has come to dominate MMOs, Square Enix and Director Naoki Yoshida poured into the game more than enough content for the $12.99 that I was paying every month. The game was constantly updated, every ounce of the content was well-crafted, and the advice of the fans was heeded by the developers. I have never seen another game, MMO or otherwise, take the observations and suggestions of its fans as seriously as FFXIV does.

They constructed a world that was beautiful and felt alive. I had never been much of an outside person before FFXIV, but the beautiful vistas, gorgeous beaches, and desolate ruins all made me realize that what may be beautiful in a game can be absolutely breathtaking in the real world. Where before a few hills or mountains were nothing special to me, they were now a splendor for the eyes, a scene of unparalleled beauty, constructed as if some great Artist had sculpted them with hands unseen.

FFXIV also showed me how important and difficult leadership is for those who chose to take the mantle. I watched our Free Company (FFXIV‘s version of a guild) grow over time and saw how our leaders struggled to keep everyone happy, settle interpersonal squabbles, and arrange for in-game activities while managing their digital and personal lives. Much like how a leader in the business world needs to be able to criticize as quickly as they must praise, our FC leader needed to be protective of new players while also understanding older players looking for more difficult content to tackle.

While it may seem surprising for struggles within a digital world to be compared to those which are real, visceral struggles that we all fight everyday; the comparison is fitting. Whereas the real world often gives us no control of our own destiny, the digital world does. That, perhaps, was the reason I loved playing FFXIV and immersing myself in the world of Hydaelyn.

Those seventeen months that I played FFXIV were, to be honest, the seventeen most dynamic months of my life. If one looked at my life and compared when I started playing in Patch 2.2 to when I quit in Patch 3.1, one would notice that it wasn’t just the game that had changed dramatically. It was the thrill of having control, of knowing that you didn’t have limits in FFXIV. That made, and continues to make it, so appealing. I knew I could be just as good as the top raiders if I practiced and put the hours into hard work and grinding. There was no pay-to-win scheme, so everyone had to take the same, arduous journey to arrive at the pinnacle of in-game success. The fact that I could be as good as even the very best made me even more competitive than I normally was and drove me to put in the time and effort to get to that top.

That’s why FFXIV did and continues to do well. It made me want to grind to become the best. It made the unappealing (i.e. spending hours grinding the same dungeons for six months at a time) appealing because the carrot at the end of the stick seemed so tasty. If one put their time in and worked hard at grinding dungeons and raids, they could be the very best and, at the time, that was exciting to me.

But, slowly, and as is the story with most people who play MMOs, I began to burn out. I realized that, due to the way patches worked in FFXIV and with vertical progression in every odd patch, the person with the best gear in this patch would be reset to square one a mere six months later. In other words, months of hard work didn’t matter because, in the end, everyone ended up with the same great gear.

For those that don’t aspire to be the best, FFXIV is the best, most interesting Final Fantasy to ever be released. It’s chock-full of every Final Fantasy reference one can think of: from Magitek Armor and Gilgamesh, to Ramuh and Bahamut. The story, while a little weak and repetitive at parts, is certainly a solid Final Fantasy story at heart. There’s a ton to do in the game, from crafting and social events with friends, to epic battles against villains in the story, that makes it a memorable and enjoyable experience. However, with my personality and my single-threaded drive to get better, push myself, and become the best, I didn’t realize how ephemeral the rewards really were. My priorities became out of focus. I realized that I was missing time with my family, my siblings, and my God to chase the carrot at the end of the treadmill. I finally realized that becoming the best in FFXIV wasn’t worth it. With the time I put into high-level play, I could have had a lot of other experiences, both in gaming and otherwise, in the time that I became a somewhat mediocre tank languishing on a low-traffic server in a casual Free Company.

That isn’t to say that FFXIV isn’t worth playing. I can’t say enough about how incredible this game continues to be. The music, the story, and the memories that I have of the game are some that I will carry with me for the rest of my life. FFXIV is amazing and, by far, my favorite Final Fantasy game, easily surpassing Final Fantasy VII and Final Fantasy VIII, but it simply wasn’t worth the time I put into high-level play.

Final Fantasy XIV, indirectly, showed me what life is really about. It isn’t about becoming the best, or the most noticed, or the most recognized. It’s about taking the time to sit down and look at everything, see the beauty in nature, enjoy the company of family and friends, and fulfill our purpose on this small blue pebble. It’s the times that I helped a friend through a tough moment in their life, surprised a newbie with a heap of gil, or helped a novice learn how to tank that I carry with me. I don’t remember what gear was best-in-slot in patch 3.0 or what item level it was, but I do remember the experiences that I had with everyone in our FC and the fun that we all had.

While I no longer play FFXIV, it will always have a special place in my heart. I learned a lot when I played and those lessons I carry with me to this day. For me, it was more than just some transient fantasy, it was an instrumental step in crafting the man and the Christian that I am today, and for that I will always be grateful.