It’s hard to argue against success. The Nintendo Switch has been a goldmine for Nintendo since its launch in March of 2017, with current sales at 17.79 million units as of March 31st, 2018, one year later. That said, an issue that’s plagued the Switch since launch has been its rather lackluster eShop. It’s snappy and efficient, but that’s about where the pros end. Nintendo’s Damon Baker recently discussed the company’s commitment to making the eShop a better place for gamers to shop and publishers to sell. In the event that they’re taking feedback, here are the top 5 Switch eShop improvements we really hope they’ll nail later this year.

5. A Separate Section for Retro Games 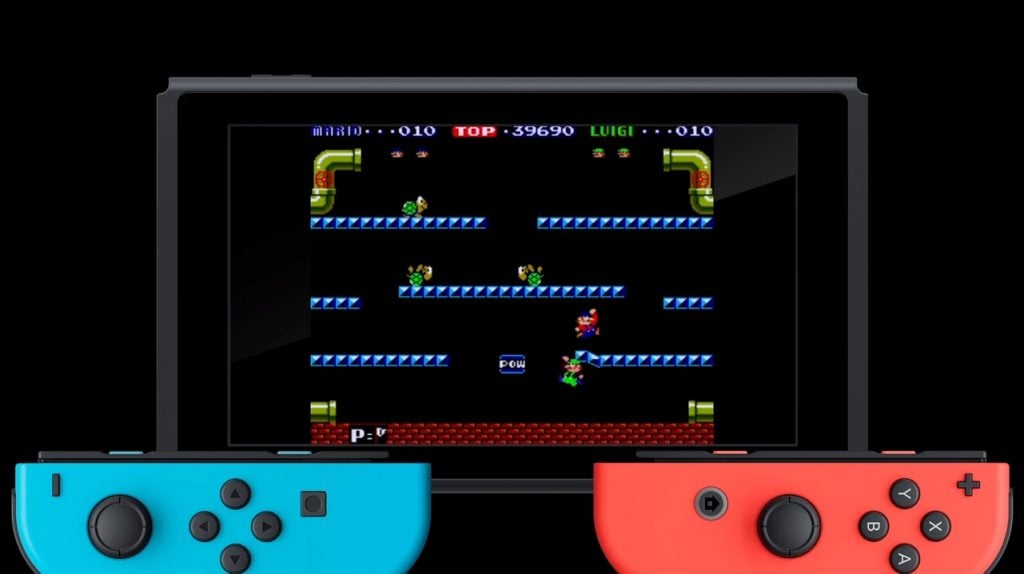 Look, the likelihood of a virtual console on the Switch is getting pretty slim at this point. The closest we might get is the “NESflix” service coming this fall, and we still have no idea how that’ll be formatted. In the meantime, an Arcade Archives section of the eShop would be great. At the time of writing, there are 84 (yes, 84) Arcade Archives titles on the storefront, 70 of which are NEOGEO games.

Since it seems unlikely that Hamster will release a mini console of their own, the next best thing would be to get them all grouped together and searchable by series, genre, year of release, etc. That way those who love the Arcade Archives titles could sift through them more easily, and those who are frustrated with how much space they take up wouldn’t have to see them anymore. 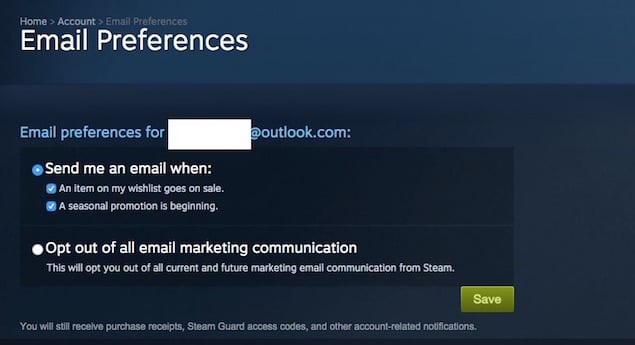 The Switch eShop’s wishlist functionality is one of its greatest assets. Now what if that was linked to the News app on the home screen, within which was a Notifications section where you could receive automatic updates on games you’d wishlisted? For as many issues as Steam has, its email notifications are incredibly useful for keeping up with games that you’re interested in but don’t actively keep up with.

Nintendo should take a page from Steam’s book and alert players when a wishlisted game comes out or is put on sale. Not only would this benefit the players who’ve been looking forward to a launch for months or who’ve been waiting for a good discount, but it’d almost certainly cause an increase in games sold on the eShop. If gamers put something on their wishlist, they at least have a passing interest in it; notifying them about those games only makes sense. 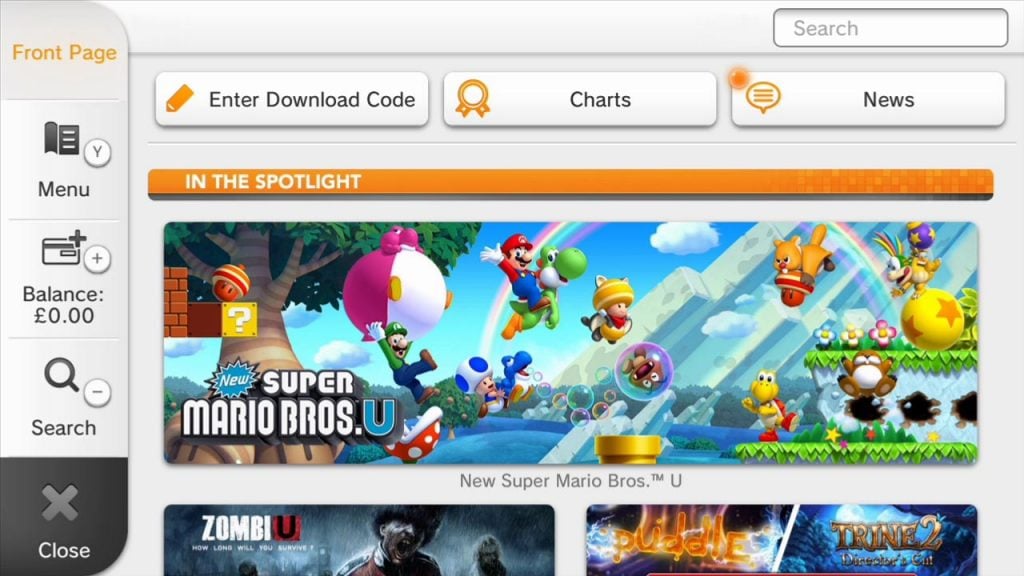 Okay, I get it. People visit stores to browse, maybe buy something and leave. But what’s wrong with putting some effort in the presentation? As cluttered as Steam might be, its interface is quite visually appealing. The 3DS’ eShop takes ages to load, but its catchy menu themes won the hearts of users everywhere. There’s a degree of care put into the consumer experience in these digital marketplaces.

The Switch eShop is plain white background with orange menu options and tiles for each game, and it sucks. No banners, no inviting visuals, no earworm tunes you can’t get out of your head. If Nintendo wants players to spend more time browsing and—by extension—more money, they need to put some effort into making the shopping experience a pleasant one. Might this affect the shop’s quick load times? Possibly. But a couple of seconds of load times would arguably be worth a better aesthetic experience overall. 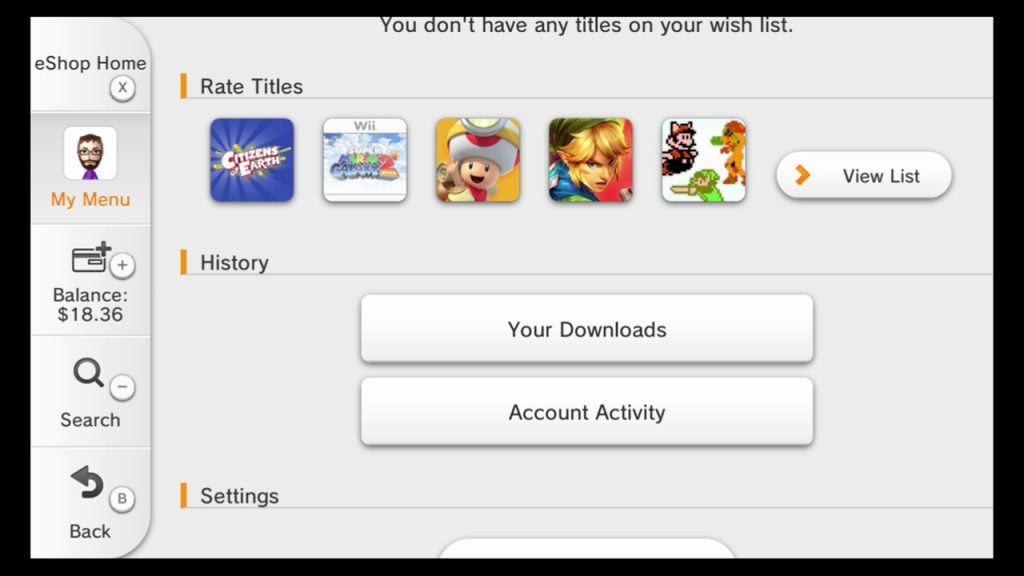 From Xbox One to Nintendo 3DS, every platform’s digital shop has a rating system…except for the Switch eShop. This is especially egregious considering the sheer volume of titles (sometimes upwards of 20) released on the storefront every week. How is the average consumer supposed to know the difference in quality between Celeste and the myriad of other 2D platformers? Of course, there are some nuances with how Nintendo could go about this. To prevent the review bombing issues that plague Steam, for instance, Nintendo could require a set length of play time before rating a game (and making that review unchangeable).

Speaking of reviews, what’re the chances that we’ll get actual user reviews on the eShop? Pretty slim. But a rating system like the Wii U and 3DS had? It’s a no-brainer. That would also open the floor for a Top-Rated Games category, which would serve as a nice alternative to relying on the Best Sellers list to know what games people are enjoying. The sooner Nintendo sorts this out, the better.

Suppose you’ve just bought a Switch for the first time and, after getting the major tentpole purchases out of the way, want to find something cool to play on the eShop. You log on, take a glance at the screen and…huh? No genre-specific tabs? No Top-Rated section? No recommendations from your friends?

These options are key for the general consumer. Heck, even those of us who keep up with the industry could use Top-Rated and Friend Recommendations tabs. Discoverability has been an issue plaguing the Switch eShop ever since indies really started taking to the platform in late summer/early fall of last year. There are dozens of fantastic experiences to be had, but unless they’re selling well enough to be on the Best Sellers list, chances are the average user will never know about them. It’s gotten to the point where studios will run 10-15% sales on their games for visibility in the Great Deals category. Yes, it’s that bad.

Now, to be fair, Nintendo has recently introduced a Featured section where it handpicks certain games to recommend to consumers. Requirements for making the list are still unknown, but it has offered a decent range of quality titles so far. Hopefully, genre-specific tabs, publisher highlights, Friend Recommendations and more are all in the works.