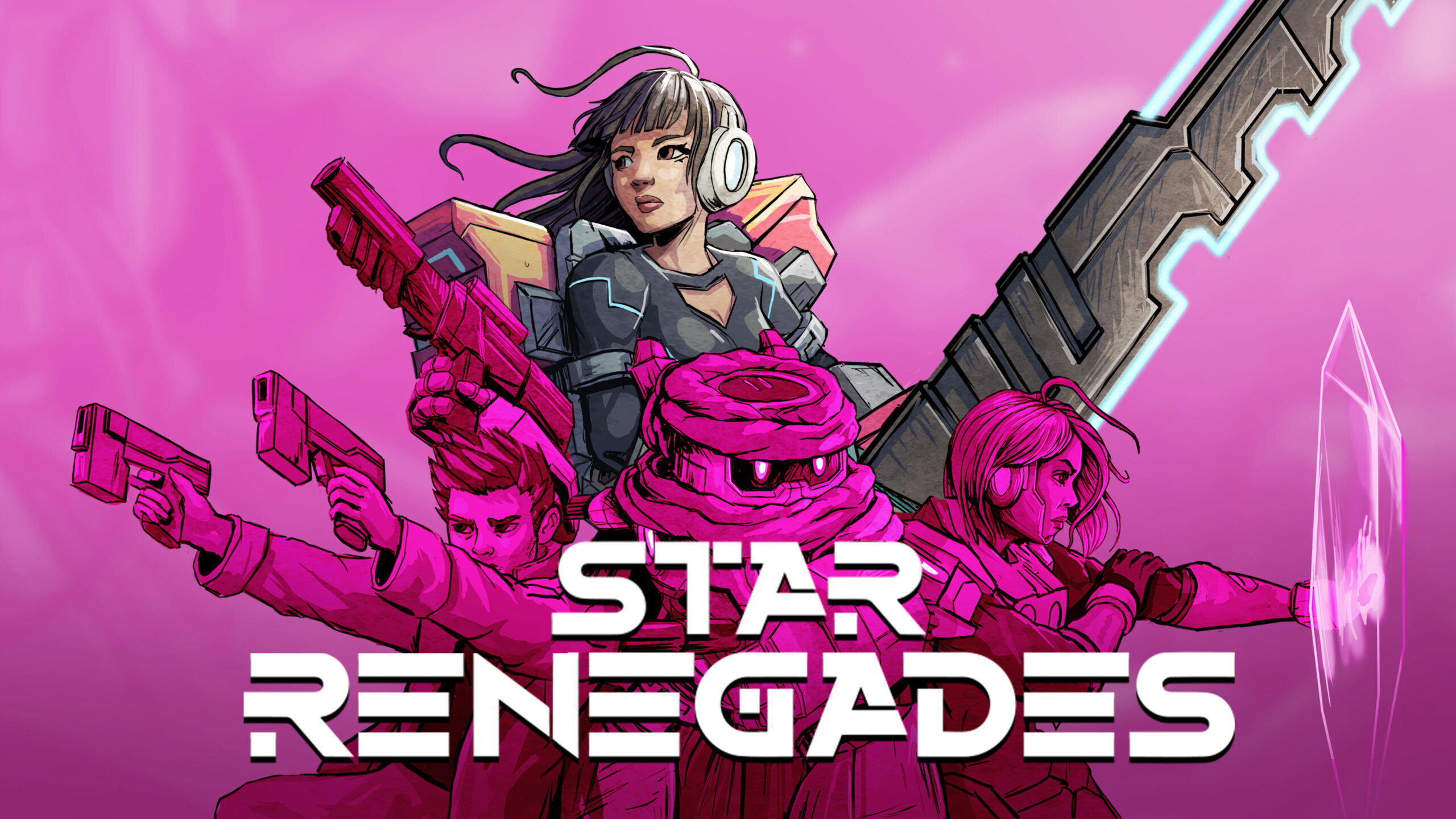 The indie game space is awash in buzzwords: “Roguelite”. “Tactical”. “Role-playing elements”. There is an endless array of hooking descriptors to lure in new converts. For any title to stand out, it must rise beyond genre, and fortunately, Star Renegades is up to the task. A genius blend of what feels like dozens of different gameplay ideas, Star Renegades makes the hours melt away.

In the runup to Star Renegades’ release, much attention was rightly paid to its stylish trailer and pixel-perfect art direction. But this game is much more than just gorgeous aesthetics. The game is a turn-based RPG, where paying heed to the strengths and weaknesses of the enemies is key. There is no brute-forcing through a tough fight or grinding to level up characters. Undeniably difficult and unforgiving, Star Renegades blends design elements from several types of roguelite and emerges as something completely unique. Every new element introduce adds to the complexity of the proceedings, but what might seem overwhelming at first becomes something players will love to sink their teeth into.

The way storytelling and gameplay mesh together is perfectly executed. After an interdimensional dustup, a ragtag group of soldiers and scientists called The Renegades take it upon themselves to do everything they can to stop an all-consuming threat. For the player, that means forming a party and planet-hopping, defeating grunts and minor lieutenants on the way to the final boss. Along the way, the party will find gear and form bonds, all in the name of combat effectiveness. Players can only be on each planet for three in-game days, and making efficient use out of those days is critical to long-term success. If this is starting to sound complicated, that’s because it is.

Ultimately, a tactical RPG is only as good as its battles, and this is where Star Renegades shines. Battles are deterministic, a phrase with real weight in this context. On any given turn, the player sees every move that the enemy has planned. While the configuration of parties onscreen might look like a standard menu-based battle system found in something like a classic Final Fantasy title, in practice it’s anything but. Party members don’t have individual speed stats that determine when they move; instead, each attack or skill takes a certain amount of time to perform. Players can not only see what the enemy will do next, but they can also see when, and plan accordingly. Instead of dealing heavy damage, throwing on a few armor buffs, and calling it a day, battles in Star Renegades are won or lost based on interruptions, critical hits, stuns, and staggers. Mastering these tactics is what makes every fight feel supremely satisfying.

The battle system is complicated but think of it as though Child of Light and Into the Breach did the fusion dance. Push enemies back far enough on the timeline, and they’ll “break”, essentially staggering them and preventing them from performing an action that turn. However, an enemy can only be staggered so many times in a given battle. Pushing enemies back on the timeline to interrupt deadly attacks or give certain characters time to perform their own devastating combos is utterly satisfying. Determining which blows can be absorbed and which must be staggered is devilishly fun. Adding to the mix is that characters are more than just a single health bar. There are also shields, which are easily replenished between battles and are often rechargeable mid-fight. Armor is a factor as well, which blunts direct attacks to health and emerges as a powerful factor in late-game conflicts.

On top of all of that, there are strengths, weaknesses, and buffs to consider. While perhaps not as complex or in-depth as the elemental strategies of a Persona or Pokemon game, players must keep in mind each party member’s suite of abilities. Sometimes, an Area-of-effect attack is the most effective solution; just as often, an enemy Behemoth will exhibit resistance to Heavy attacks. Having a diverse party is critical, and this is another way that Star Renegades shines.

The Gang’s All Here

Every class in Star Renegades has its purpose, and seeing how classes interact with each other on the battlefield is exhilarating. To be effective in battle a party must be able to deal damage, stagger foes, and adequately recover shields, armor, and health. The learning curve is steep, but supremely satisfying.

Each run starts off with a three-member party, but the group is able to recruit an additional member after defeating a Behemoth at the end of a planet. Building a team and learning the interplay of abilities is the best part of the game, and the game encourages players to roleplay relationships between characters. Every in-game night, the party converges around a campfire. In these interstitial scenes, characters can provide boosts and buffs to allies by exchanging unique cards. Trade enough cards between allies and they will become more than friends; build their relationships enough, and they’ll become soulmates, resulting in progeny that can be recruited for future runs.

Even defeating the final boss isn’t the end: with different party members and their progeny, every run has the potential for new and unique battles. There is unlimited joy to be mined out of different party configurations and something incredibly satisfying about exploiting enemy weaknesses. Wiping out a boss with an unlikely party combination is a feeling like no other, and becomes even more enticing as more difficulty options become unlocked.

It’s impossible to overstate how much Star Renegades does right. On release, the developers were worried that some of the intricacies of battle would be too difficult to parse, or be off-putting to new players. In the Star Wars-esque cantina, the player can even talk to NPCs modeled after the devs, and a few of them have dialogue commenting on the game’s difficulty. But for the patient, the experience of mastering this game is one of the most fulfilling in the roguelite genre.

A single wrong button press can lead to the loss of a dozen hours of progress. Fortunately, there’s a once-per-run turn rewind for players who made a tiny mistake. Because every battle unfolds like a puzzle, there is ample opportunity to take time to get things just right. Learning the language of Star Renegades is rewarding, and doing well inside and outside of battle feels like solving a complex mathematical equation or defeating an evenly-matched opponent in chess.