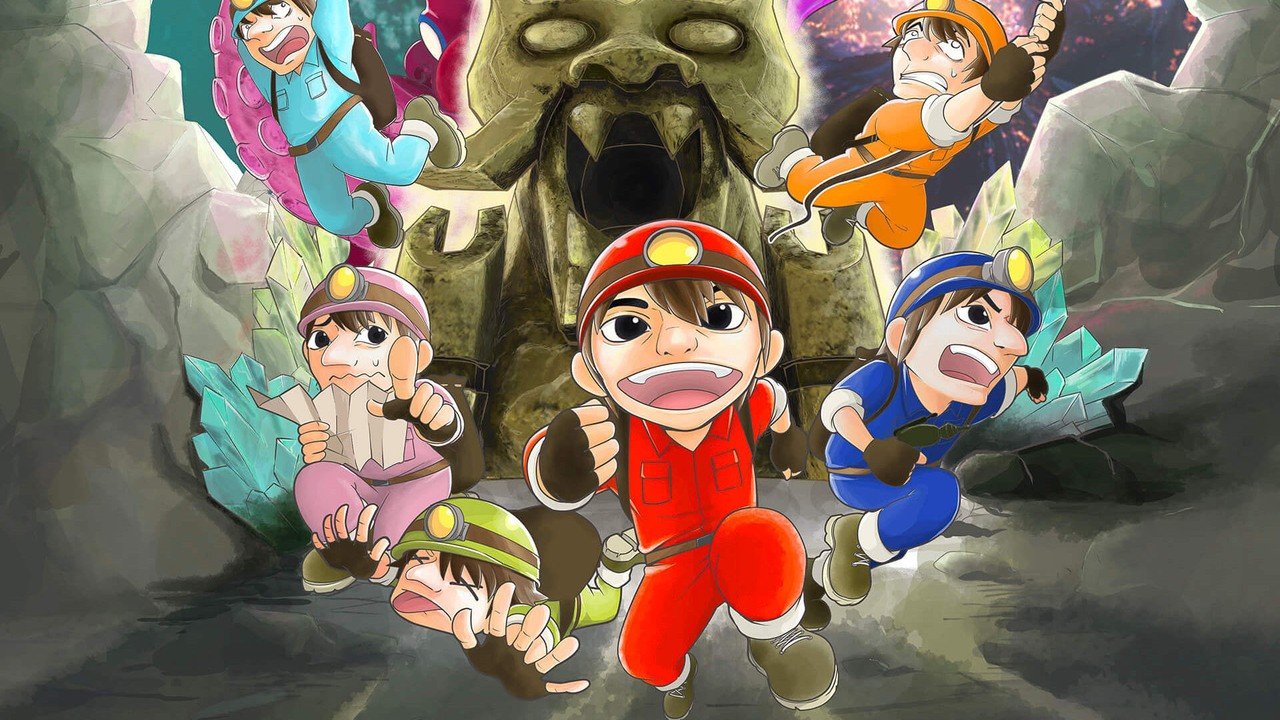 Video games are an iterative art form. Nearly every game builds on the past to create something new. Arcade games tend to be viewed as fixed or unchangeable, but this notion has been challenged in recent years. The success of Tetris 99 and Pac-Man 99 have proven that even games from thirty years ago can do something different and stand out. Spelunker HD Deluxe, an HD remake of an HD remake of an NES port of an arcade game that was originally released on the Atari in 1983, proves that classics can still iterate and change.

Players interested in the world of indie games might think things look a little familiar when they start playing Spelunker HD Deluxe. Not because Spelunker HD was released on the PlayStation 3 about thirteen years ago, but because this game shares a lot of DNA with Derek Yu’s indie megahit Spelunky. From the mining hats to the cave-exploration aesthetic, it is instantly clear where Spelunky draws some of its inspiration. Spelunker HD Deluxe offers a history lesson with its adventure mode, and its other additional modes show that the developers have folded in some modern conventions too.

In the solo adventure mode, basic Spelunker mechanics are largely unchanged from the NES version of the game from 1985. In Spelunker, players delve deep into the earth to reach untold depths. They do so by traversing a 2D plane, collecting keys and other items, jumping over pits, blowing up rocks with bombs, and dodging deadly obstacles. The player character is extremely fragile, only capable of sustaining one hit from, well, anything at all before being sent back to a checkpoint. The game is broken up into stages, and reaching deeper areas requires excellent reflexes and a great memory. Players can rack up points by collecting everything they see, and with the addition of online leaderboards, they can view how well they stack up to others.

At the start of their adventure, players can choose whether to play the game with 8-bit graphics or an HD coat of paint with 3D visuals. But while the look and soundtracks may differ, gameplay is fundamentally the same. For some, the extreme arcade difficulty may be easier to accept in pixel presentation. The player character can perish from the slightest misstep, something as simple as stepping off a platform incorrectly or jumping from a height of a few pixels too high. Players can find and use bombs to clear a path forward, but the blast radius always feels larger and more dangerous than anticipated. There are more complicated challenges to grapple with as well: there is a constantly-depleting oxygen supply meter that the player can only reset by touching specific beacons.

Ghosts also appear from offscreen at regular intervals, and just one touch is enough to kill the player. These ghosts ignore any walls or obstacles and float menacingly towards the player, but fortunately, there are tools to dissipate the fiends. Players can use a consumable item to blow the ghosts away, though doing so locks them in place for a few precious moments and further depletes their air supply. The whole situation is complex and exciting, though it is easy to grow frustrated. Every tiny mistake is punished; success requires precision at all times. While Spelunker certainly isn’t the toughest of the tough, there is a special kind of stress that requires players to give the game their full attention.

If the player loses all their lives, they must start the entire game over. In that regard players will either fall in love with mastering the systems at hand or play a few stages and put this particular game mode down forever. Fortunately, there is much more to Spelunker HD Deluxe than a few single-player stages to memorize. With the addition of multiplayer and an autoscrolling endless mode, this arcade classic reinvents itself for a modern audience.

Spelunker HD Deluxe has four main modes: Adventure, Competition, Championship, and Endless Cave NEO. All of those four modes have multiplayer options, both local and online. Playing Adventure in multiplayer is a fun way to explore the main game as a group, but Competition and Championship pit players against one another. The game even lets you see what other players are doing, like other battle royale-style arcade games that are popular now. Watching others succeed or fail alongside them can either be both motivating or discouraging to the player, and its exciting to see an older game get this kind of update.

Endless Cave NEO almost feels like an entirely different game contained within Spelunker HD Deluxe. In this mode, the same basic mechanics of Spelunker are at work but in a new context. Instead of memorizing obstacles and making incremental progress towards deeper stages that can be applied towards future attempts at victory, the player is tasked with surviving as long as possible in a Spelunker-style world that is always scrolling down. Collecting items and raising the score is still important, but survival is the main goal. Players must be stone-cold on the tricks and traps that Spelunker uses so as not to be surprised when those stumbling blocks appear in a different context. This is a great way to keep the formula fresh, and it feels like a modern update that could be applied to any future the Spelunker franchise may have.

The reason Spelunker HD Deluxe works is that at its core, Spelunker is a great game. Not matter what exterior is painted over it, the mechanics are fundamentally fun to master. Younger players might grow annoyed at dying to the same deadly bat guano six times in a row, but figuring out patterns and weaving through danger is the key to enjoyment. It isn’t for everyone, but for those who enjoy a challenge and want to experience what inspired Spelunky, Spelunker HD Deluxe offers enough new modes to make the game feel new.