The idea of “simplifying” fighting games has been going on for almost a decade now and includes a range of things from auto-combos, stylish modes, simple button layouts, and built-in character tutorials. Plenty of games today feature these along with other beginner-friendly design choices that aim to pull in a new crowd of fighting game fans while still trying to appease the hardcore audience. Experienced players can often times ignore things like auto-combos that would otherwise hinder their play, but what about when your whole game is designed to be as accessible as possible?

Dragon Ball FighterZ is a game that tackles the idea of combining the flash and pizzazz of the Dragon Ball franchise with Arc System Work’s equally stylish approach to building fighting games. It seems like a match made in heaven, especially after the success and popularity of ArcSys’ Guilty Gear franchise following its recent revival. Guilty Gear is a series built around complex interactions, perfect timing, and vast amounts of matchup knowledge. It’s very hard to find characters who play similarly. Learning a character takes time. Even if the skill floor for someone is low, the ceiling of what you can do with them rather high. I was convinced that Dragon Ball FighterZ would have been a similarly styled game, but it wasn’t. It took the formula for character design and dissolved it down to its most basic components, or at least that’s what I thought.

Every character in Fighterz shares the same basic mechanics: A light attack button that has its own auto-combo, a medium attack button that also has its own auto-combo, a heavy attack that serves as a launcher move of sorts, and a special that is often some kind of projectile (but not always). FighterZ is probably one of the easiest to learn fighting games out there. It has a low skill floor with a middling ceiling. The game doesn’t require hard memorization of long combo strings or extensive movesets, but instead plays around with how you handle a particular situation. FighterZ gives the player plenty of extra tech options outside of just basic attacks. Dragon Rush is a bit like a grab and punishes blocking. Teleporting is like a universal combo extender for everyone that costs 1 super bar, and allows you to quickly follow up moves that would send someone flying. And the Super Dash also allows you to follow up some attacks with a gap closer, but comes at the exchange of being slower than the teleport. You’ll mostly see this one used online by a new player to attempt to rush you down, but you can easily punish this on block with just about anything. Those who dedicate their time and effort into learning the game will see greater gains than those who just choose to mash out the auto-combos, but those same auto-combos help close the skill gap for the less-dedicated.

Outside of the simple character designs and easy-to-pick-up combos, a lot of other aspects of the game exist to help ease people unfamiliar with things like quarter-circles and roundhouse kicks into the game. The combo tutorials list the actual buttons on your controller rather than a “light,” “medium,” or “heavy,” and said tutorials are pretty easy to do. I don’t consider myself that highly skilled but I was still able to make my way through most of them without any issues. If I had to offer a criticism of the game, it would be that the tools it gives the player to learn are pretty shallow. I already said the combo tutorials for each character are easy, but they also skip over a lot of the more interesting moves and gimmicks in a character’s moveset. I know there isn’t as much to work with here as there is in Guilty Gear or BlazBlue, but even some of the simpler fighting games ArcSys helped to publish had extensive character tutorials that would teach the player unique setups, combo starters, and basic gatlings.

No one in the right mind could ever pull off such a difficult and hard combo.

Dragon Ball FighterZ is all about doing large amounts of damage with plenty of flying, teleporting, and energy beams. The absolute bottom baseline for the game will make sure that even the most casual of players will get a chance to feel like their favorite Z character. This love and feel for self-insertion even brings its way into the game’s story mode, where you’re not playing as Goku and his friends, but instead a disembodied soul that can control the Z warriors to help them in fights. It’s a goofy concept, but the whole story is pretty silly and self-referential. Nothing is overtly serious here, and it makes it all the more enjoyable to hear Yamcha try to weasel his way out of fights or see big bads like Cell open an all-you-can-eat roast on whoever he is reluctantly paired with. The writing is paired with excellent voice acting in both the Japanese and English dubs of the game. FighterZ has an appeal to both the fighting game fan and the Dragon Ball fan, and the story mode is a perfect example of how someone without much interest in playing against others online can still get more than their money’s worth out of the game.

ArcSys really went the extra mile in capturing the feel of the Dragon Ball manga and anime with beautiful models that look like they are straight out of an animation cel. The soundtrack feels like a fusion of ArcSys’ heavy rock specialty with Dragon Ball’s sometimes whimsical tunes. In some ways, it calls back to the rock-inspired soundtrack the original show had when it was first aired on Cartoon Network decades ago, even if that wasn’t the full intention.

Overall, I find that FighterZ is a very solid game. It might lack the extensive depth that some other games have, but it more than makes up for it in the amount of frantic fun it provides. The game’s easily accessible skill floor makes it easy to get into, even for people who aren’t big on fighters. And it’s variety of tech options and movement skills make it fun for people a bit more invested in the genre. 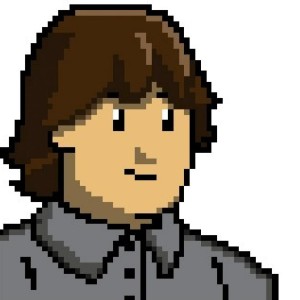 If game quality is represented by the depth of the ocean, then Moonglow Bay goes down deep, without quite touching the seafloor.…

It might not be a big name anymore, but Spelunker HD Deluxe aims to make the arcade classic feel fresh with new modes and…

Maquette is a profound work of art that will enthrall any gamer looking for a mature, meditative experience. …

9 Years Later: Nothing Has Been the Same Since Demon’s Souls