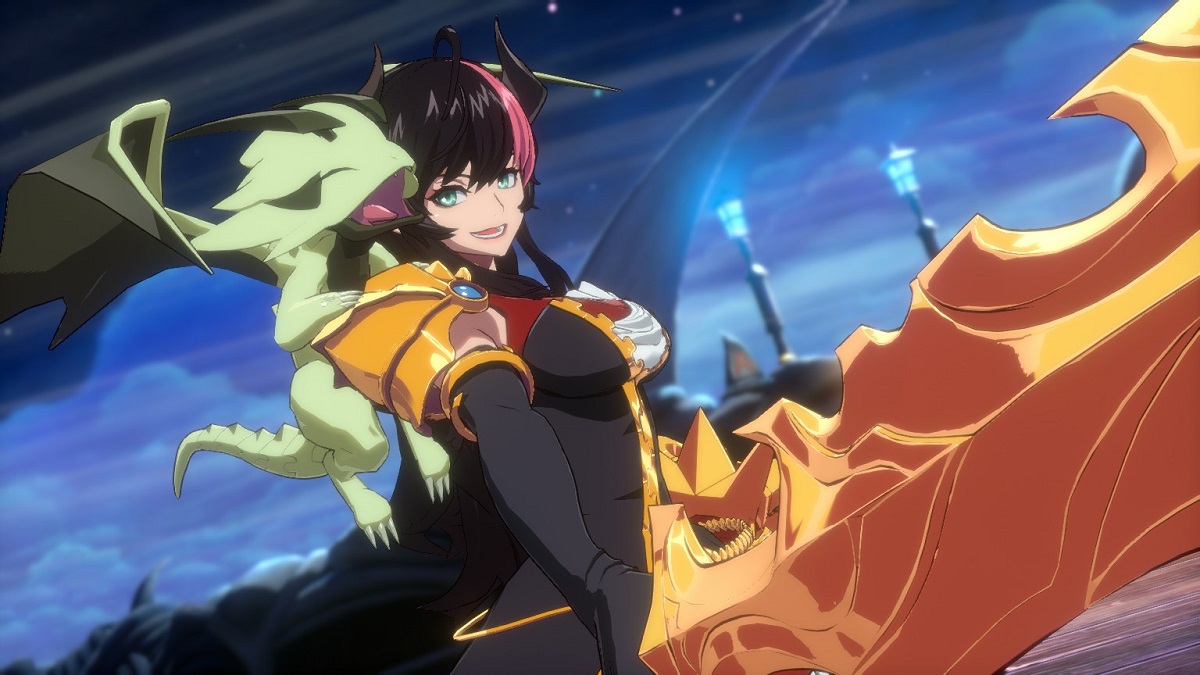 When Nexon first announced that they would be collaborating with Arc System Works to develop a fighting game based on Dungeon Fighter Online, the response was a bit muted. Arc System Works is arguably the best fighting game studio in the industry right now, but working with an IP that has such a niche audience–no matter how huge that IP may be–didn’t set the fighting game community on fire. Fast forward a year and a half later, though, and there’s no doubt that DNF Duel earns its place as one of the more accessible and polished releases the studio has had thus far.

DNF Duel is a 1v1 2.5D fighter that emphasizes combos and meter management. As opposed to utilizing complex inputs, DNF Duel offers a few risk-reward systems that keep each fight entertaining while maintaining a welcoming control scheme for newcomers. Understanding how moves work and what each input does is easy thanks for a comprehensive tutorial mode that lays out everything from universal mechanics to character-specific combos and abilities.

This also translates to the Command List that can be brought up anytime during an offline fight; not only is there a full explanation of each move with a mini video showing it in action, but the inputs will reflect the control method you’re using. For anyone who’s ever tried to jump into a classic fighting game franchise and needed to look up an online guide to figure out how combo lists translated to actual buttons, this should be a welcome surprise.

For those who might be turned off by the simpler inputs and one-button specials, though, rest assured that the skill ceiling of DNF Duel is incredibly high thanks to a few unique mechanics. First, players deal two types of damage: white and red. Standard attacks, grabs, skills, and guard cancels will all partially deal white damage, and any white damage is gradually restored over time. Only MP Skills and awakening skills can convert that white damage to red damage, which is permanent. This creates a dynamic flow to each battle where entire combo chains early on can be rendered useless if the fighter isn’t able to land any MP Skills and convert that damage before it’s replenished.

Next is how DNF Duel approaches meter management. MP Skills can always be used as long as there’s some amount of MP left; there’s no waiting for the gauge to level up to perform certain moves like in most fighting games. However, when an MP Skill is used that takes up more MP than is available, it results in an Exhaustion state. This takes away the ability to use any MP moves for several seconds, severely limiting options in the heat of battle. What’s more, players can use Conversion to convert white damage to MP and refill their gauge. Risking health regeneration for meter is a gamble, but that only makes it more thrilling when it pays off.

Finally, a major focus is put on the endgame thanks to DNF Duel’s Awakened state mechanic. Not only is this the only time that the flashy ultimate moves can be used, but being Awakened also grants special boosts to normal attacks. Be it Ranger’s attacks getting the ability to deal debuffs or Striker’s attacks getting a base damage increase, knowing each fighter’s awakened boost is critical to adjusting your playstyle in the second half of the fight.

For as layered as DNF Duel’s fighting mechanics are, it suffers from a lack of iconic characters. Dungeon Fighter Online is absolutely massive in Korea, but the player characters aren’t named–they’re class-based, such as Striker, Ranger, Grappler, and so on. This has been translated to the game; no one has a proper name outside of a handful of characters in the story mode. Instead of trying to reinvent existing Dungeon Fighter Online characters into the next Sol Badguy or May, Arc System Works and Eighting have opted to lean into their more class-based nature. This would’ve normally ended up making the 16-fighter roster feel rather generic, but thankfully a well-crafted story mode saves the day.

Fighting games are somewhat infamous for having lackluster stories or single-player content in general, but that’s far from the case in DNF Duel. Not only does it boast a story mode that threads a coherent narrative, but it’s also delivered beautifully using a pseudo-visual novel-style presentation.

Each storyline follows the same basic premise of a fighter who’s transported to an alternate dimension by warp gates known as Wonders. They’re all tasked by an angel with seeking out others who have Will (a special fighting spirit) and defeating them, absorbing the loser’s Will in the process. What sets this type of repetitive story mode apart from, say, KOF XV’s, is the amount of work that’s gone into giving each fighter a personality and identity outside of those main story beats. The story mode helps establish DNF Duel’s roster as being more than mere archetypes by giving them a backstory, motivation, and fully voice-acted scenes (in Japanese).

In fact, the story mode serves as part of a seamless skill ladder. The fights in story mode are all fairly easy to let players get used to each fighter. In arcade mode, the bots are a bit tougher on default difficulty (especially the final boss) and there are the added stakes of having your score reset if you lose a match. Finally, survival mode is a true test of character mastery and matchup knowledge, with each fight getting progressively more difficult over the course of 15, 30, or 45 matches. By the time you’re crushing survival mode runs there’s no doubt that you’re ready for online play. This steady stream of progression is perhaps the most satisfying I’ve experienced in the genre, especially since understanding each fighter’s backstory is baked into the experience from the very beginning.

Online play is more solid than most thanks to a smart implementation of rollback netcode and a good list of filters for players (by region, rank, etc.). Player matches utilize the same “chibi sprites walking around 3D environments” setup that Dragon Ball FighterZ uses, but ranked matches are strictly menu-based and get players into the action right away. Players get the option to start from the bottom and work up the ranks or start playing at a higher level and descend if they aren’t up to snuff, which is sure to be a nice option for FGC veterans.

The simplicity of the rank system and the win percentage displayed on the player card (this can be removed for those who’d like to keep it private) naturally taps into the competitive desire to improve percentages, and it works quite well. Unfortunately, online play was the only area where I encountered a bug, and a serious one at that: when playing ranked on PC, I was unable to accept, decline, or ask for a rematch. The screen simply stayed on the winning animation until the timer ran out and we were both kicked back into matchmaking.

Just like Guilty Gear Strive, Granblue Fantasy Versus, and Dragon Ball FighterZ before it, DNF Duel is one of the best-looking fighting games on the market. Not only are the fighters themselves dripping with stunningly fluid and vibrant animation, but the stages also feel alive and bustling with activity. The master animators at Arc System Works even added small touches to stage backgrounds like a mother and daughter walking together holding hands in the middle of a city, or wind billowing wildly around the exterior of an airship that’s sailing through a cloudy night sky. While the level of detail doesn’t quite match what they were able to achieve with Strive, it’s nonetheless an absolute treat to watch.

From the incredibly slick menu design to the carefully constructed offline skill ramp, there’s just a ton of polish here that fans have come to expect from an Arc System Works release. The mechanics are easy to pick up thanks to more simplistic inputs and detailed tutorials, but the skill ceiling is sky-high for those who want to put the time in. Perhaps best of all, in a genre that’s notorious for skimping on single-player content, DNF Duel indulges players with a worthwhile story mode, a surprisingly deep survival mode, and tons of extra artwork and music that can be unlocked via in-game currency. This is an undeniably strong first outing for a spin-off, and here’s hoping it does well enough to warrant a season or two of DLC.