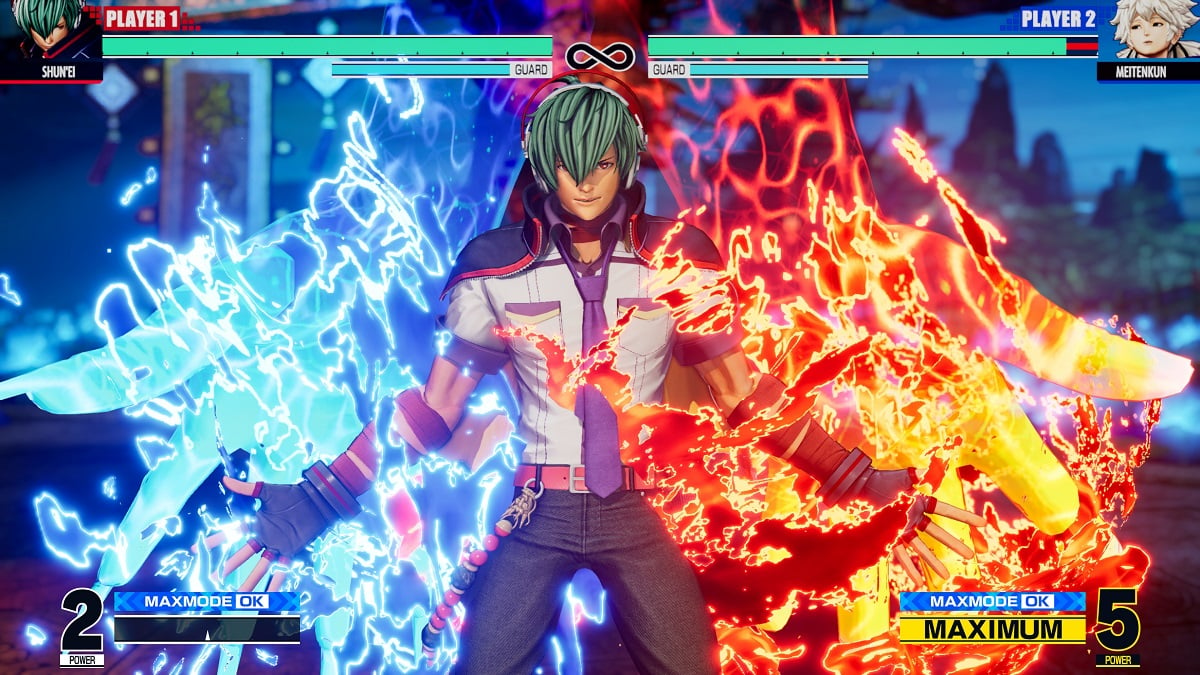 The King Of Fighters XV Review

There aren’t many franchises as storied as The King of Fighters. Though it’s had its ups and downs, its pedigree precedes itself as one of the all-time great fighting game series. Now as the first entry in nearly six years, The King Of Fighters XV is tasked with the difficult job of both popularizing The King of Fighters again in the competitive space and being a title that’s accessible enough to appeal to the mainstream. So, does KOF XV have a fighting chance in the modern gaming landscape?

At its core, The King of Fighters XV is a 3v3 fighter (though there’s also a 1v1 option) that omits any type of tag team mechanic in favor of a shared meter pool that gradually builds with every hit and player KO. So although there aren’t any assists or player swaps to manage, there’s still some strategy in choosing the order a team fights in and being aware of how much meter is left for later teammates. There’s also a wealth of mechanical depth in general between The King of Fighters’ signature long combo strings and the ability to cancel supers into each other for devastating effect. That said, SNK has done a fairly good job of making this entry more accessible for newcomers beyond the typical auto-combos that make any character a bit easier to pick up and play.

It all starts with a standard but thorough Tutorial mode that walks players through every single movement and attack option sans specific combos. Even series veterans will want to try their hand at learning new mechanics like the shatter strike (a new counter) and how to best utilize the improved MAX mode. Some helpful tips included before and after executing moves helps put them into perspective and makes Tutorial mode an invaluable resource, especially for those fresh to the series.

Training mode is similarly well-realized, with a slew of customization options to help players lab characters as efficiently as possible. This includes everything from key data and attack data displays to CPU recording and playback to on-the-fly character and stage swapping. It’s an impressive suite that should largely satisfy competitive and casual needs alike.

Unfortunately, the Tutorial and Training modes both being so well done only draws more attention to how lackluster the other main modes in KoF XV are. For instance, Versus mode is a great way to quickly hop into a match against a CPU or friend locally, and the built-in tournament option could have been a fun way for solo players to set up tourneys against AI opponents. Sadly, that option isn’t supported. Mission mode is in the same boat; instead of providing some creative challenges for solo players to tackle and perhaps earn rewards from, the mode is nothing more than combo practice for each character (something that really should’ve been incorporated into Training mode).

This leads into what is perhaps KOF XV’s greatest weakness: its lack of single-player content. For those who prefer to play fighting games offline, it’s always a treat when titles like Injustice 2 or Dead or Alive 6 go the extra mile to include meaty single-player experiences (or, in the case of Soulcalibur VI, two full single-player campaigns).

KOF XV’s only offering in this regard is a short and sweet Story mode chronicling the rise of different teams to the top of the King of Fighters tournament. That said, it ends up feeling more like a traditional arcade mode than anything substantial. There are only a handful of short cutscenes that break up the six or so fights needed to complete a run, and they’re almost always the same save for a few special scenes that trigger when using a team that’s directly involved with the narrative (e.g. Team Hero). There’s a good bit of fanservice in this mode between impromptu dialogue between certain characters and mini epilogues after each run, but the entire experience is over so quickly that running through the mode with every team won’t take more than a weekend of casual play. KOF XV is missing that extra hook to keep more casual players coming back for more.

Note: Though we weren’t able to test online play during the review period, KOF XV boasts a fairly extensive online suit including casual and ranked matchmaking, online rooms players can invite friends to, leaderboards, and even the option to share and search for replays online. It also features rollback netcode.

If there’s anything The King of Fighters series excels at aside from incredibly solid fighting mechanics, it’s having a personality-driven roster. Every one of KOF XV’s 39 characters is distinct and brimming with life in a way that few others in the genre can claim, and the lion’s share of the credit for this goes to the animation team. From the narcoleptic Meitenkun gradually falling asleep on his feet while idling to the suave Robert Garcia straightening his collar in the middle of a combo, SNK has gone above and beyond in their efforts to bring every team on this roster to life.

This is what ultimately makes Story mode so worth playing through despite its repetitive nature. Though most of the cutscenes remain unchanged from one run to the next, the team-specific epilogues at the end are a true delight despite suffering a noticeable dip in quality. They go a long way in contextualizing the relationships between these combatants and significantly furthering the worldbuilding of the entire franchise.

On the topic of presentation, however, The King of Fighters XV is a mixed bag. On one hand, the aforementioned animation work is stellar and not only looks great in motion but also seamlessly conveys the personalities of every fighter. Bombastic visual effects enhance the impact of every hit while simultaneously making fights more exciting to watch. Stage design is also quite strong and varied, with standouts like Classical Chinese Garden and Freezing Forest proving that art direction will almost always trump sheer visual fidelity. And then there’s the cavalcade of over 300 toe-tapping music tracks spanning the entire series to assign to stages as you see fit.

Essentially, everything within matches themselves is as pristine as one could realistically hope for. It’s everything outside of matches that feels rather bland and uninspired. For instance, the main menu is a simple black screen with a logo, and the character select screen just shows static character art instead of animated models. The UI in general looks generic and a far cry from genre contemporaries like Guilty Gear Strive and Mortal Kombat 11, and the severe lack of options (the ability to turn off intro animations during fights, the lack of a restart button in Versus mode, etc.) lends to KOF XV feeling noticeably barebones and streamlined. Even Story mode, for as worthwhile as it is to play through, only has about four short cutscenes that tell the entirety of the storyline; the aforementioned team-specific epilogues are simply still images with text boxes at the bottom.

All of these minor details likely won’t bother fighting game purists, but they’re worth noting for those anticipating a full-fat, modern KOF experience.

Regardless, The King of Fighters XV is a love letter to fans of the series is just about every way. The substantial starting cast (with at least 12 more fighters on the way via DLC this year) are all richly detailed and mechanically distinct, resulting in a roster that feels curated and devoid of filler. Likewise, the combat itself is as hard-hitting as it’s ever been, with silky-smooth performance on Xbox Series S and near-nonexistent input latency (at least offline) culminating in bouts that look as good as they feel to play. Though the amount of single-player content here is disappointing and the lack of style and polish outside of battle falls short compared to other AAA fighters, the quality of this combat and the depth of this roster should keep fans satisfied for a long time to come.