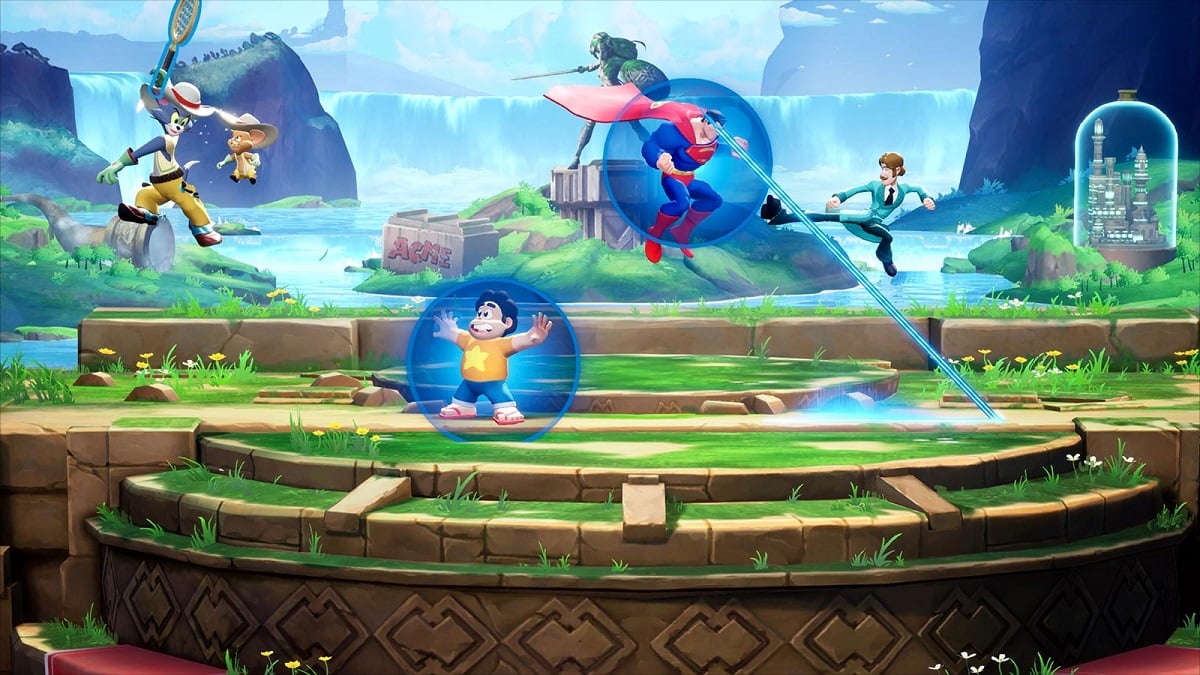 Warner Brothers’ MultiVersus came out of nowhere much the same way Nickelodeon All-Star Brawl debuted and then launched just three months before release. While comparing the two might be second nature at first–they’re both platform fighters and represent competing cartoon channels–it’s not entirely fair. Pitched as the first game by a veteran team of developers Player First Studio, MultiVersus has the full backing of Warner Brothers. This means the studio has the keys to characters from DC, Looney Toons, and Cartoon Network original IP, as well as more left-field IP that Warner has access to like Game of Thrones and Lord of the Rings.

This also means that every character is voiced (many by the same voice talent in the shows) and the productions values are higher than one might expect for a typical free-to-play title. With so much potential behind this new title coming out next year, it seemed only right for us to gather together a list of some of our most-wanted additions to the roster. Check out which characters have already been announced, and keep in mind that this list is in no particular order. Let’s get into it!

With Bugs Bunny already confirmed as part of the starting roster, it’d be criminal not to include Daffy alongside him (especially since MultiVersus was designed around doubles matches). Known early on for his trolling of Porky the Pig and later for his verbal sparring sessions with Bugs, Daffy’s moveset would largely depend on what era of the character Player First Games decides to use. For my money, his mischievous, nonsensical early incarnation would have the most potential.

Marceline is one of the most beloved characters from Adventure Time. Though she’s a musician first and foremost, she can also be incredibly intimidating and thanks to her vampiric powers. Being able to shift to her vampire form, attack with her axe-shaped guitar, and perhaps even use some music-based attacks could make for a unique addition to the roster. The only thing missing would be a cameo from Princess Bubblegum.

Ice King might seem like a strange pick on the surface, but there’s a ton of potential here. He’s powerful despite mainly being used as comic relief in the show, and wields a range of ice and snow powers that would lend themselves perfectly to a platform fighter. Be it his ability to freeze almost anything, create snow, or fly, the moveset practically creates itself. Ice King would also help diversify the cast with some much-needed “villain” representation.

Samurai Jack is an absolute no-brainer of an addition. He’s both one of the most iconic Cartoon Network characters ever and a master swordsman with tons of material to pull from for moves. Although the fifth season introduced more modern weaponry into the mix, it’d be great to see Jack represented as his original sword-based incarnation for long-time fans.

The Teen Titans have one of the most appealing rosters of fighters out of any Warner Bros. property. Though Beast Boy, Raven, and Cyborg would all be great picks, Starfire stands out as a fan favorite (specifically her original Teen Titans cartoon incarnation). Her superhuman strength, energy blasts, and ability of flight would lend themselves well to MultiVersus, and her ability to unleash a massive burst of energy would be perfect for a super move.

The Regular Show was one of the highest rated Cartoon Network offerings alongside Adventure Time, so representing it on the roster only makes sense. While MultiVersus is already a bit inconsistent with how it handles character duos (Finn and Jake are separate while Tom & Jerry act as one fighter), Mordecai and Rigby are at their best when they’re together. Sure, their basic moveset might be punches and kicks, but the insane amount of material Player First Games have to work with for their specials would more than make up for it.

Codename: Kids Next Door and their mission to fight off dastardly teenagers and adults was one of the most effortlessly cool concepts for a cartoon on any network in the early 2000s. Any member of Sector V would be a good fit, but Numbuh One’s status as the leader and tactician of the crew translates perfectly to a Pokémon Trainer-esque dynamic. He could be in the background and call in Numbuhs Two, Four, and Five to fight independently, with Three participating in one of the specials. This would be a great way to forgo leaving anyone in the much-beloved Sector V out of the game.

Stick with me here. Gollum is far from a fighter in The Hobbit or The Lord of the Rings series, but he’s never afraid to get his hands dirty to reclaim The One Ring. This would make for a very scrappy and desperate playstyle that could have Gollum throwing himself wildly at other fighters, taking huge swings, and even biting them. And his super (or a special) could come from The Ring’s power, turning him temporarily invisible to other players. Gollum is somewhat like Shaggy; he’s an unconventional pick, but there’s a ton that could be done with him.

Much like Invader Zim in Nick All Stars Brawl, Dexter would be perfect as a gadget fighter. His physical weakness could be made up for with all manner of crazy inventions referenced from the show. He could use his high-five machine to smack foes around, have his Major Glory action figure float next to him and carry out basic attacks (similar to Luma and Rosalina in Smash Ultimate) and summon all of the versions of himself from the Ego Trip movie for a super.

In many ways, Bloo is at odds with the rest of this list. Whereas every other pick has some fighting propensity (aside from Dexter), Bloo is all bark, no bite. That said, he’d make a great joke character. Short enough to avoid most regular attacks but light enough to get launched easily, Bloo would likely flounder in the MultiVersus competitive scene but mean a ton to the millions of viewers who watched Foster’s Home for Imaginary Friends growing up. A stage based on the home itself would be a fantastic touch.