Arc System Works’ Guilty Gear Xrd –REVELATOR- is an exhilarating addition to the long standing fighting series. The action of past entries is kept alive with a new set of tweaks and additions that make this a worthwhile sequel. Revelator adds new characters and streamlines its own mechanics in order to make a game that both fans and newcomers can enjoy. Though fighting game sequels rarely build much upon their predecessors, Revelator does what it can to make the experience fresh. But, with only a limited amount of improvements, Revelator falls short of being revolutionary.

Fighting games are typically associated with steep learning curves. With as many features as it possesses, Revelator can appear intimidating. Fortunately, Revelator’s Dojo mode does a surprising job of acclimating players with its mechanics. An initial tutorial introduces players to the basic commands and tactics needed to hold their own in a fight, while still teaching a number of skillful techniques, such as Guilty Gear’s Roman cancel mechanic. Combo mode makes good use of this foundation by encouraging players to master each character’s extensive command list, through well illustrated instructions. The inclusion of an arcade stick visual, which displays all of a player’s movement commands, is brilliant in that it provides the potential for players to better understand how a particular combo or move functions. 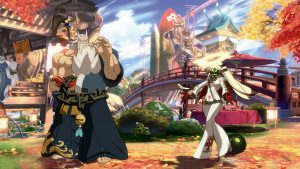 Unlike similar modes in other great fighting games, the tutorial modes in Revelator truly feel as if they cater to both experienced and novice players. Those who are truly motivated to excel at the game can hone their skills in Mission mode. This mode is comprised of brief encounters that require players to execute various commands and combos that they may not have been aware of. These missions are always filled with practical knowledge that players can make use of in actual fights.

Players are also allowed to choose from either the stylish or technical control types. Technical is the standard control type, which grants full control for players that are familiar with the game’s mechanics. While using the “stylish”setup players are be able to initiate combos by pressing a button, skipping the complicated input commands. This simplifies the system, so that new players can still enjoy the thrill of executing any of Revelator’s flashy combos without having to worry about memorizing a character’s complex move list. However, this is balanced so that players using stylish take increased damage from attacks. The great thing about this system is that it is a welcoming gesture for new players. Stylish type does a satisfying job of introducing players to every character’s potential, but it also fairly punishes these players in a way that encourages them to increase their knowledge of the game. 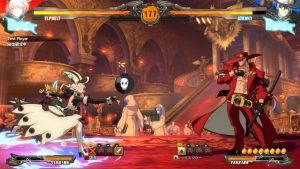 The roster in Revelator brings back many familiar faces, along with several tweaks. Players can expect to find the likes of staples like Sol Badguy and Ky Kiske. But Revelator even brings back franchise favorites like the ever popular swordsman Johnny Sfondi. The new list of characters, Jack-O, Kum Haehyun, and Raven improve the roster by adding even more diversity to Revelator’s cast. Jack-O, for example, relies on long range attacks while spawning deceptively cute minions to distract her opponents. Though Revelator’s roster is not as expansive as several other fighting games, the characters available are truly unique and specific to certain play-styles.

Taking these characters into the game’s online battles is certain to be memorable, as Revelator has made its online hub an honestly charming experience. Players can customize their own box-headed avatars and interact with other players in a garden-like lobby that has its own special features. By spending in-game currency, which can be earned effectively in Revelator’s M.O.M. mode, players can have their avatars fish for upgrades for their characters. Initiating an online match requires players to sit their avatars in front of “arcade cabinets”, giving the game that extra classic push. 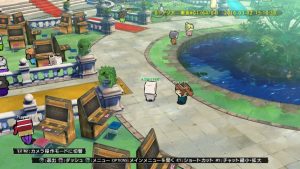 Revelator is possibly the most visually satisfying fighting game in the market. With a diverse artistic design, the 3D character models are rendered onto a 2D plane to bring a wide amount of spectacle to Revelator’s fights. Initiating a special move switches the camera angle to show off a character’s full design as they devastate the field with their signature styles. The same level of excitement is felt even when completing combos and simple hits. Every impact creates a stunning display of effects that feel unique to each character. All stages are designed to fit in with Revelator’s tone. Backgrounds are deep and lively enough with features like a looming crowd, dynamic landscapes, and massive whirlpools to make any fight feel epic and important.

The story is told through a series of animated cutscenes that expand upon the complex plot of the series. The animation and voicing are solid and enjoyable, with enough action packed moments included to round-up this chapter of the series. Unfortunately, none of these moments are playable. Story mode requires players to simply sit back and enjoy what is essentially a 3 hour long anime film. Though this by itself is not an issue, since Revelator’s story is broken into short chapters that players can leave or drop into effortlessly.

What makes this underwhelming is that Revelator’s Episode mode does a satisfying job of telling an interactive story. With players able to battle opponents as every character, learning aspects of their history just prior to Revelator’s story, Episode mode brings the action of Guilty Gear while still delivering on an interesting, although not entirely complete, narrative. This makes watching Revelator’s dialogue heavy story seem like a chore at times. The fact that Revelator picks up after the conclusion of its predecessor will make much of the plot confusing and dense to new players. The game attempts to account for this by including a guide that chronicles Guilty Gear’s complex and political history. While this is a helpful tool, it isn’t enough to captivate those who are only interested in the game’s action. 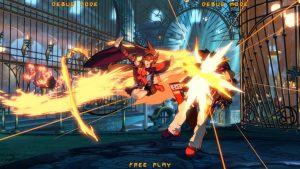 There are many strong points to be made about what Revelator adds to the Guilty Gear franchise. Revelator’s intuitive and practical tutorials are a strong way to immerse more players into the series. The visual presentation of Revelator is far more glorifying than ever before and is sure to captivate anybody that enjoys watching an action-packed fight. However, the game’s story mode does not do enough to draw players in. While there are tools available to catch players up on the story, its addition feels almost completely detached from the core game. Despite this, Guilty Gear Xrd –REVELATOR- is a success at continuing and improving upon a longstanding saga.